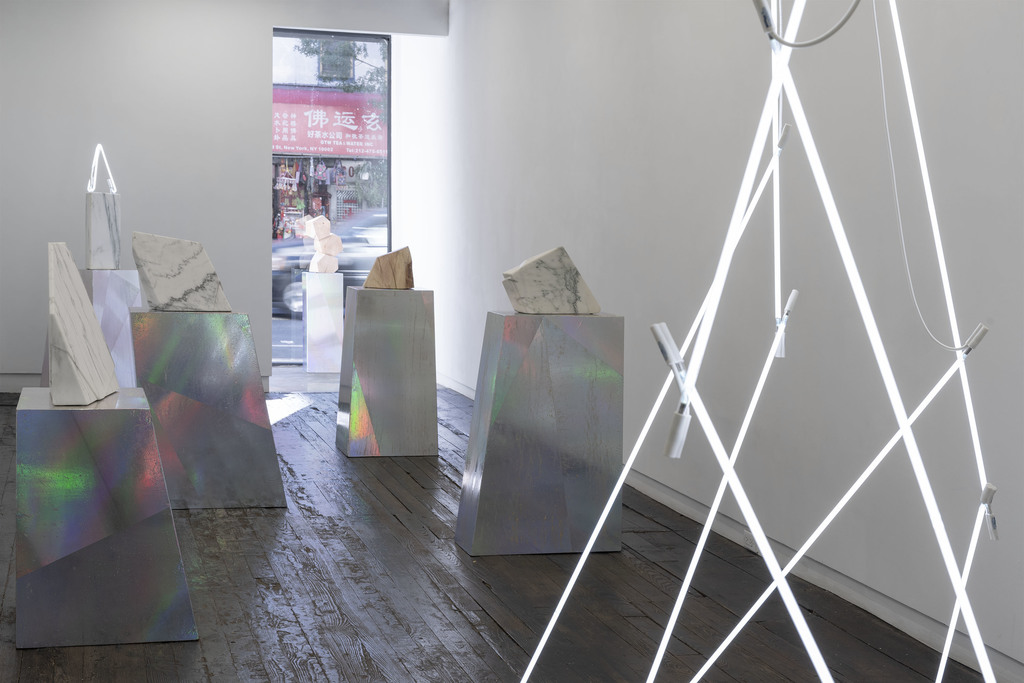 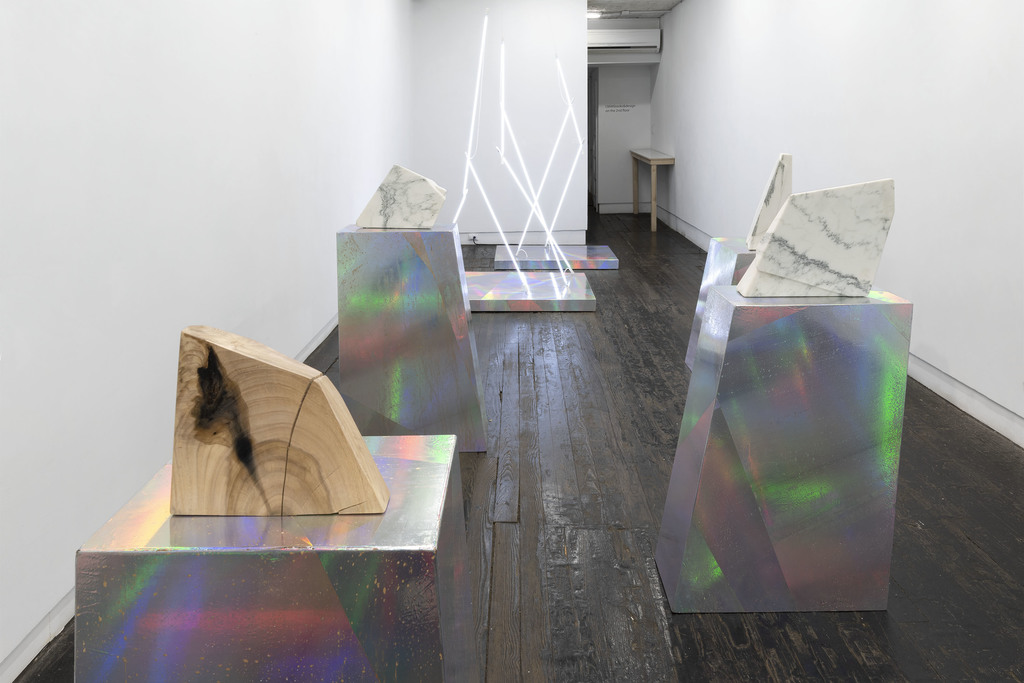 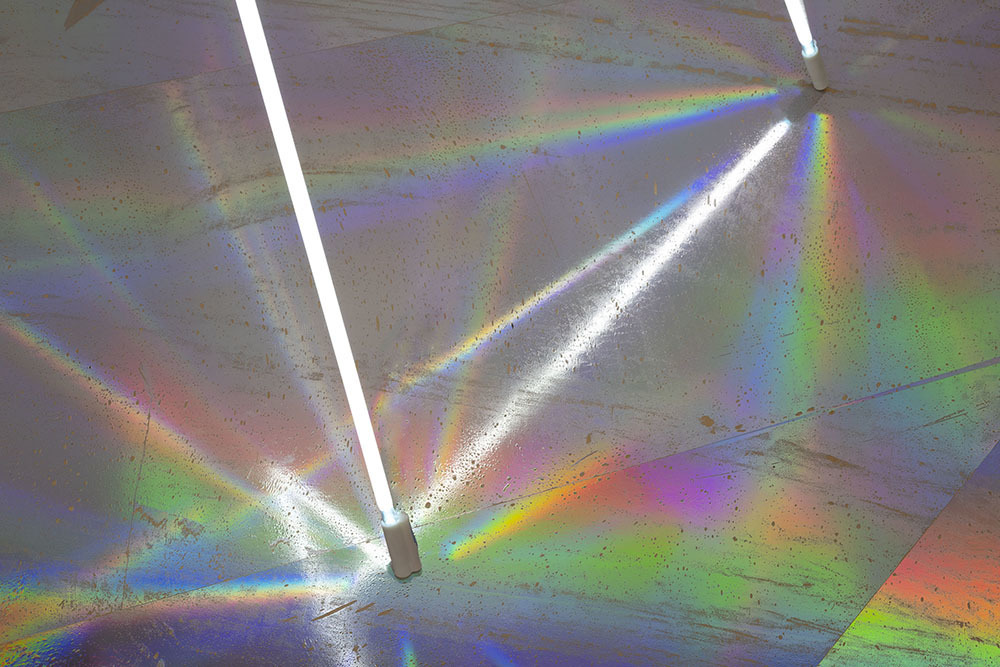 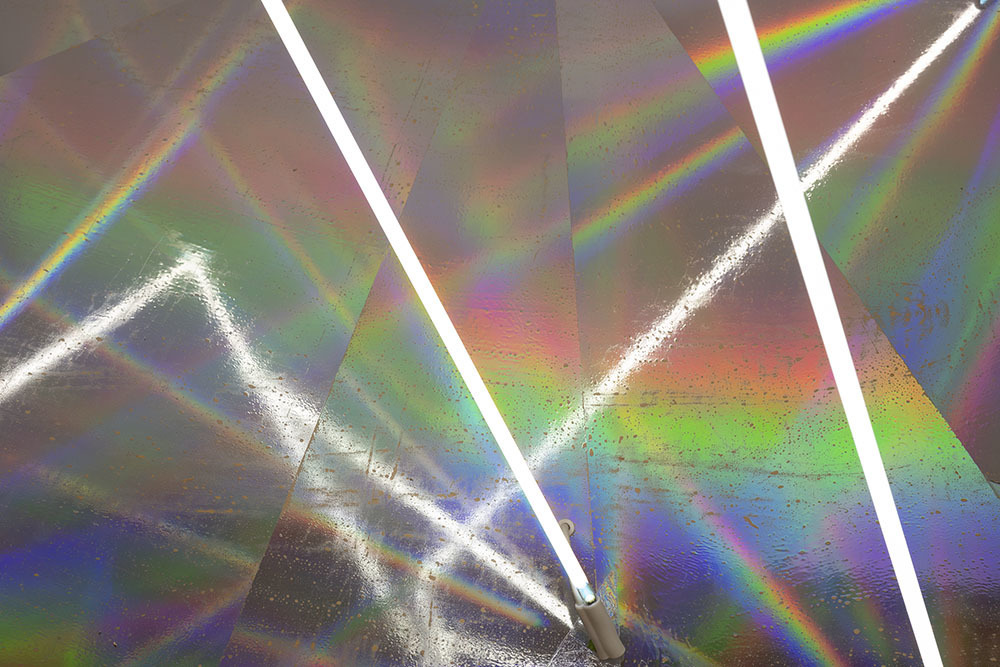 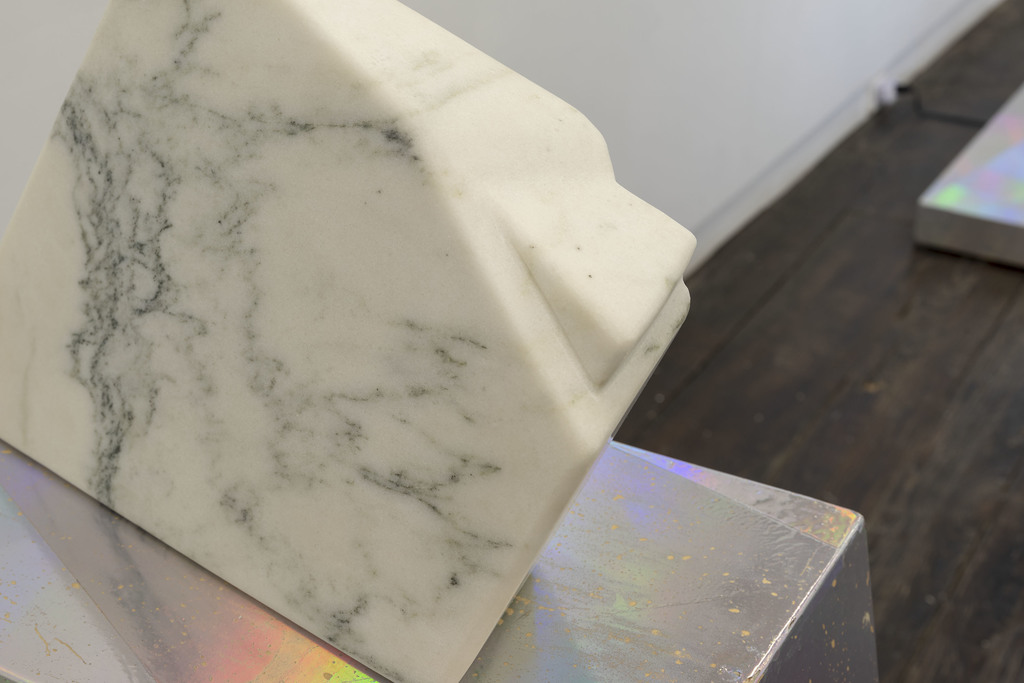 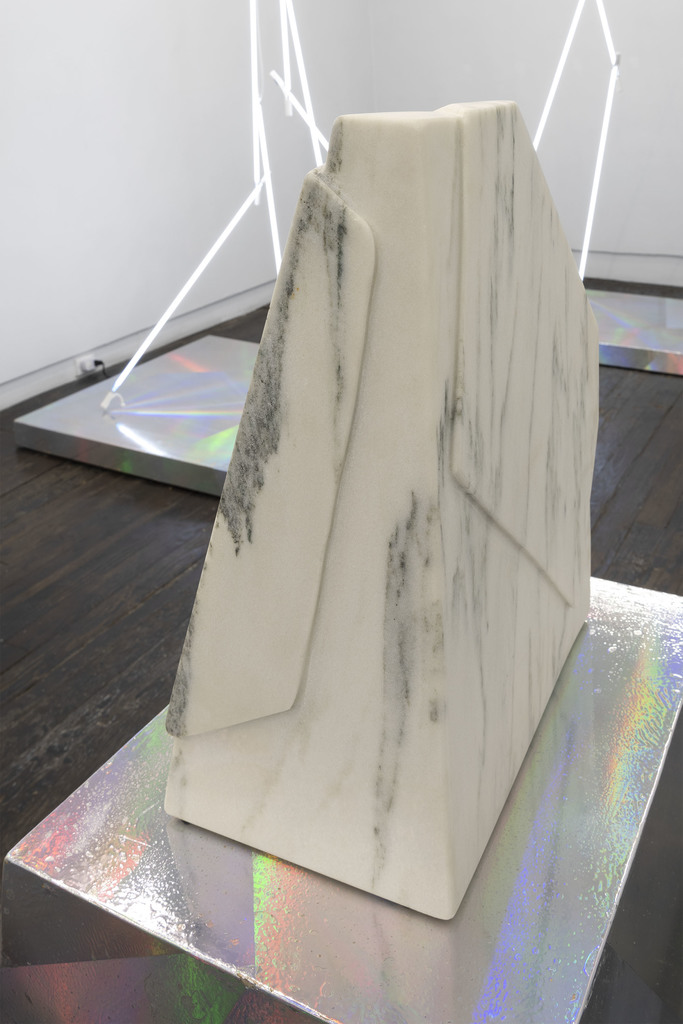 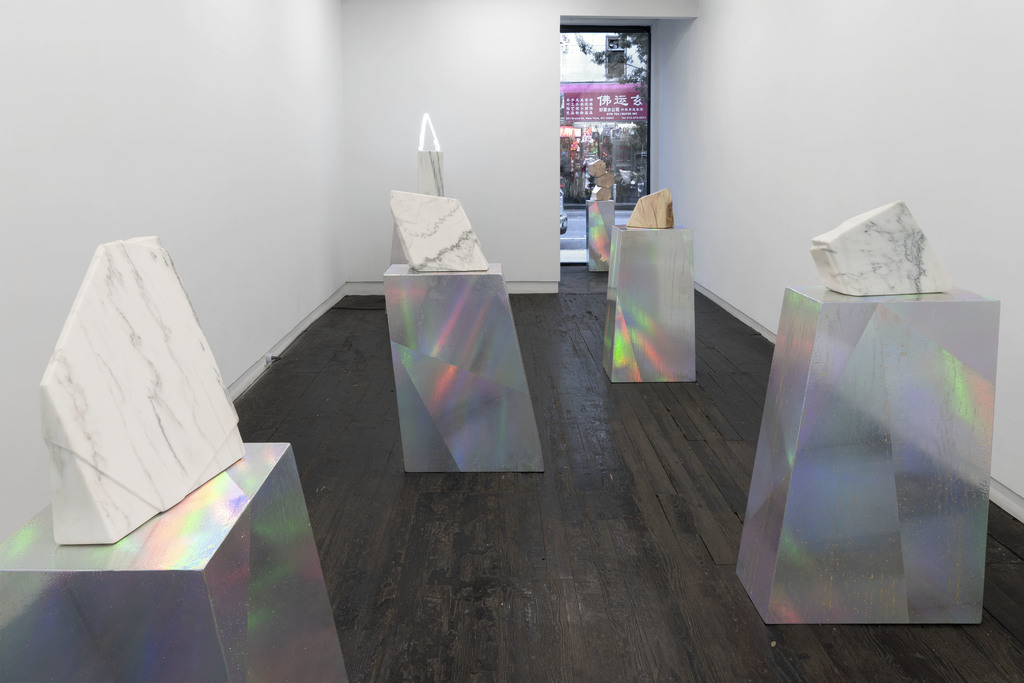 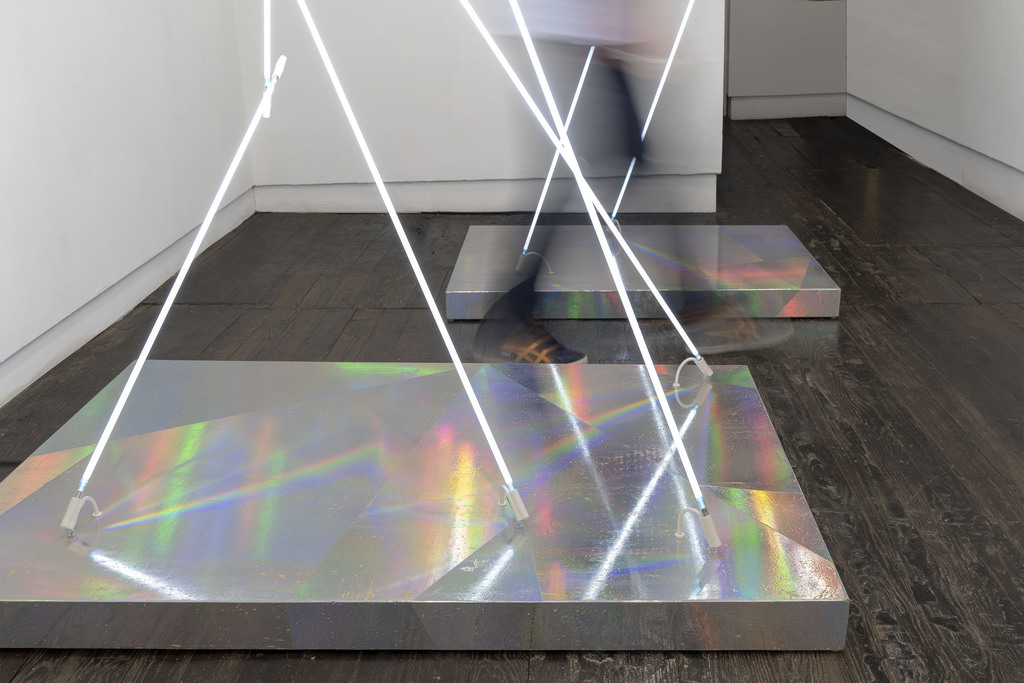 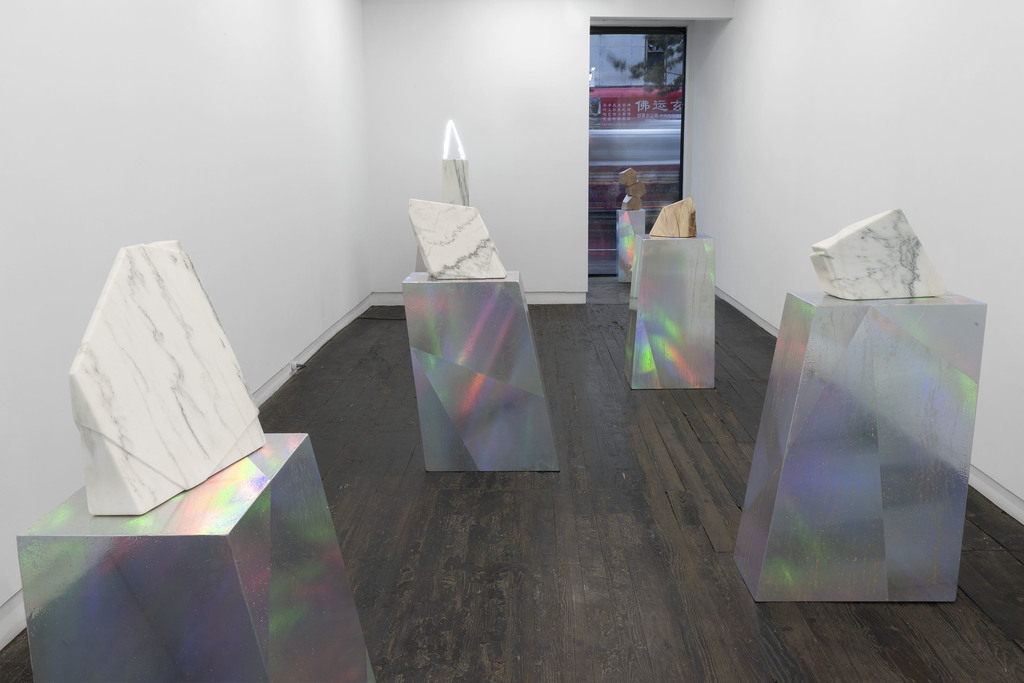 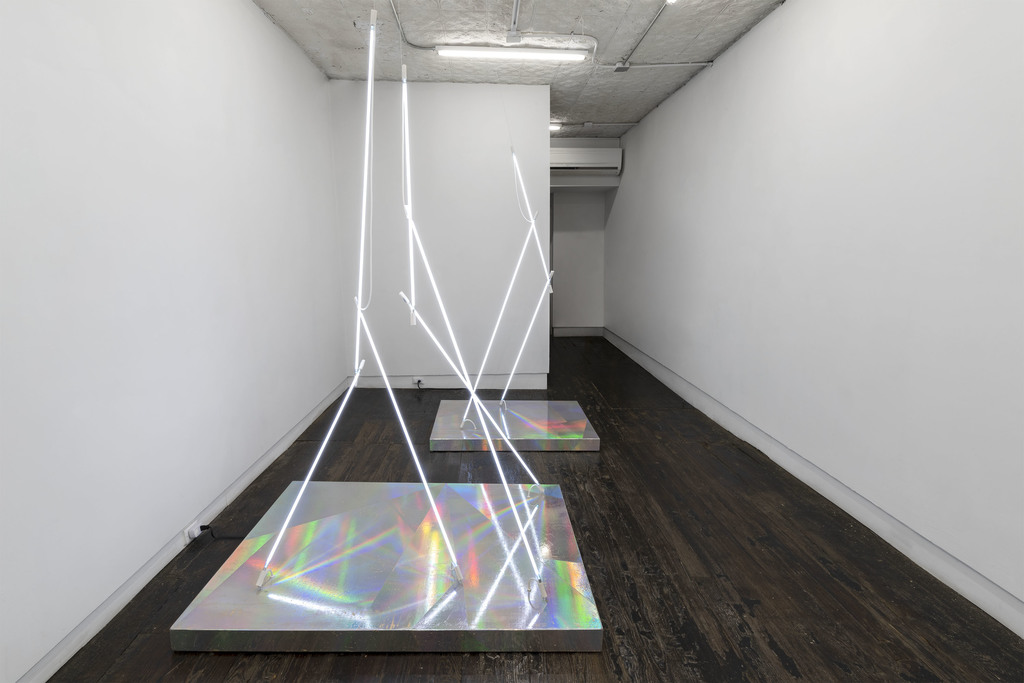 LMAKgallery is pleased to present Keith Lemley’s Stellar Collisions, his second solo exhibition at the gallery. Delving into the infinite realm of space, it will be his first in which he’ll present holographic laminated objects combined with neon forms.
Inspired by current scientific research concerning the oldest and farthest objects in the universe, Lemley is concerned with the infinite and collisions of old and new that form the basis of a search for knowledge. It begs us to imagine what is beyond what we know or even understand, and Lemley offers us another space within a recognizable plane of geometric forms.
Stellar Collisions is a series of carved wood and marble objects situated atop planar bases covered in holographic foil. The carving of the wood and marble is an improvisational response to the grain, veining, and shape of the raw material, to reveal an underlying architecture that was already present and formed through deep time. Paired with the planar holographic bases, the objects relate what we know through a physical lived experience to what we can only attempt to grasp through theory because of its boundless complexity. As both a generative process and destructive force, the sculptural process reveals Lemley’s motivation to observe, and study the universe through sculptural forms and constantly reach for the unknown.