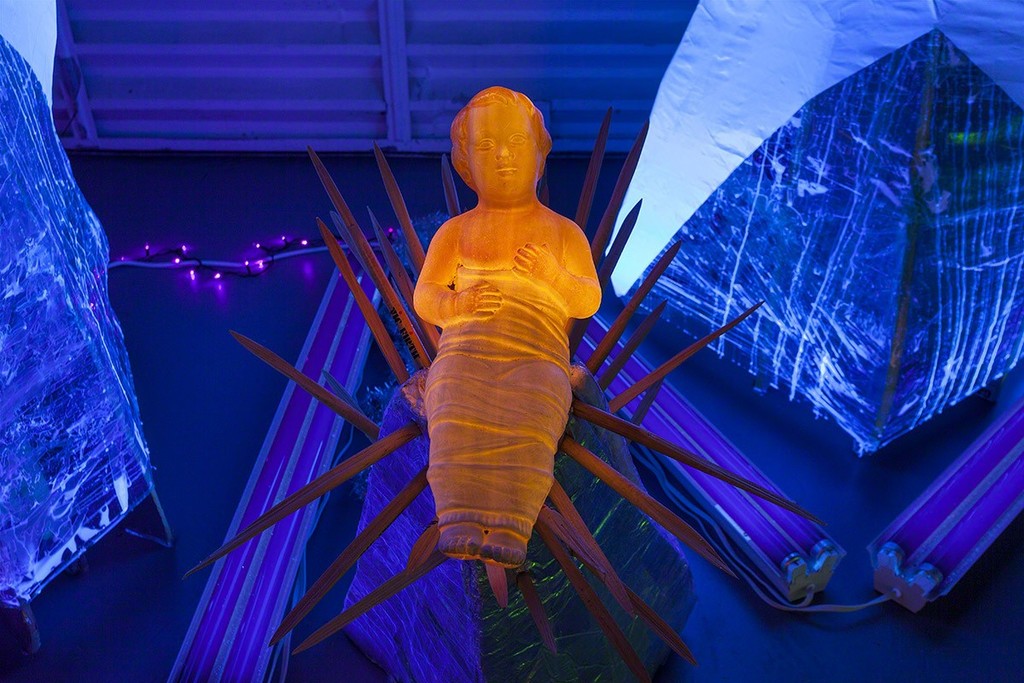 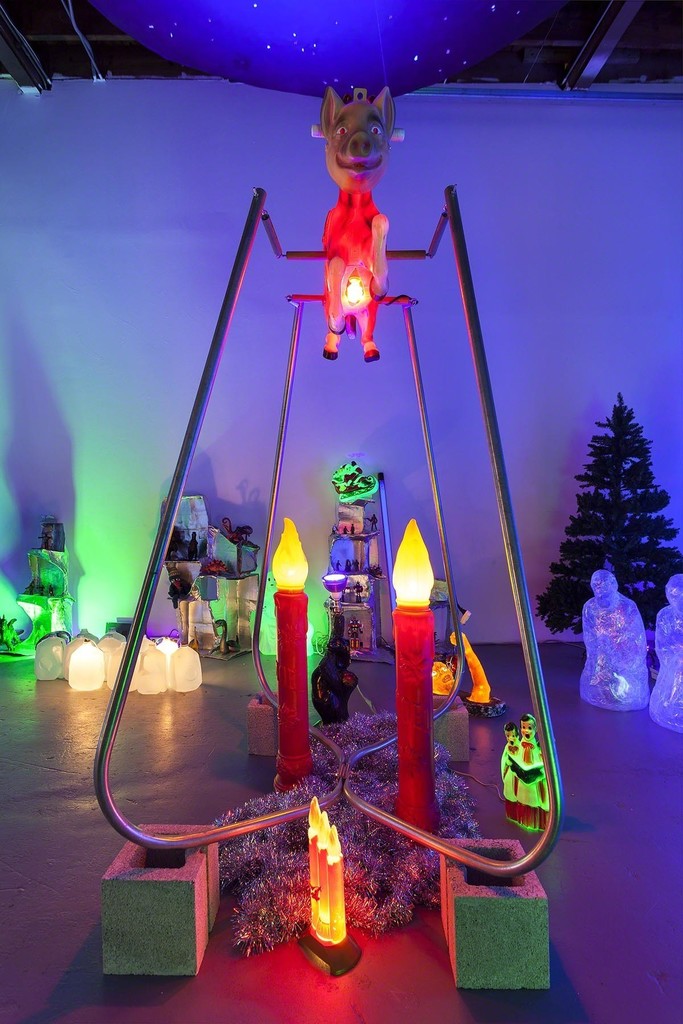 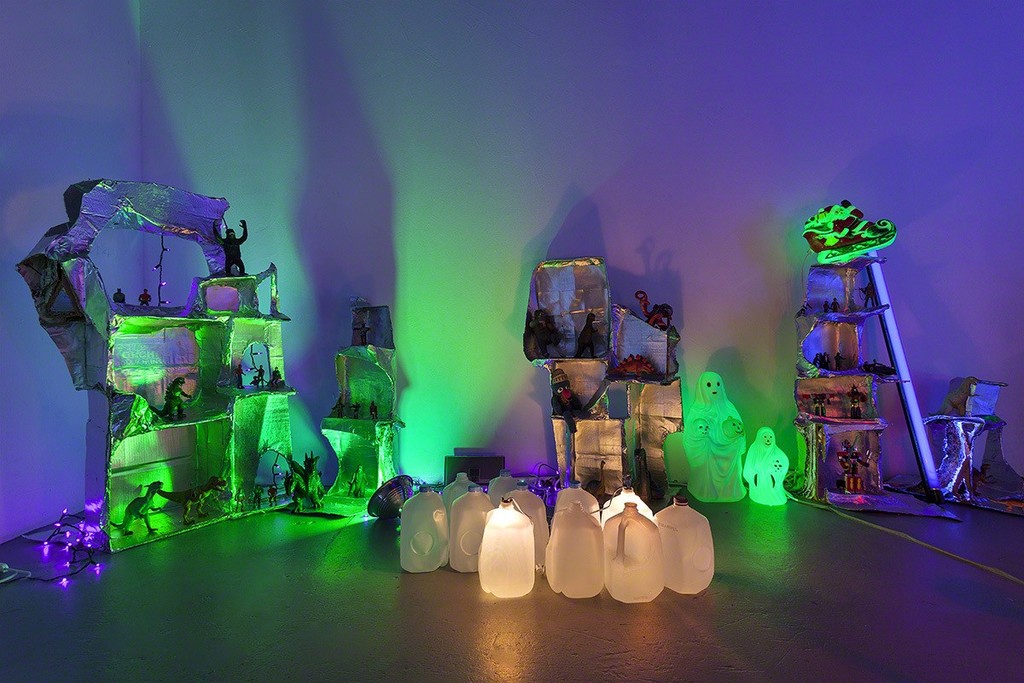 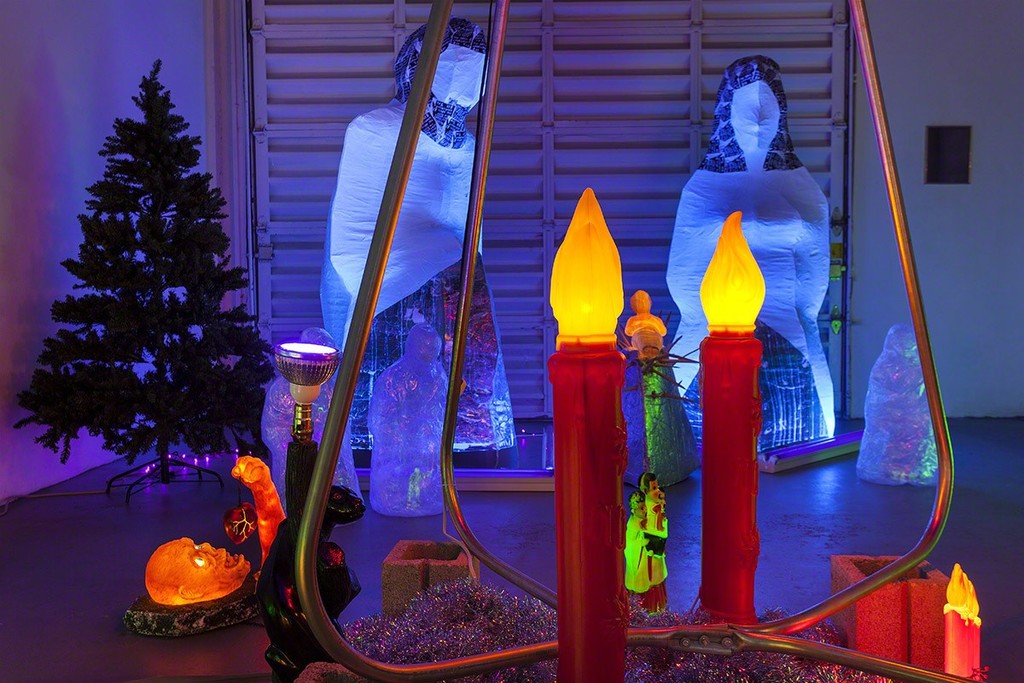 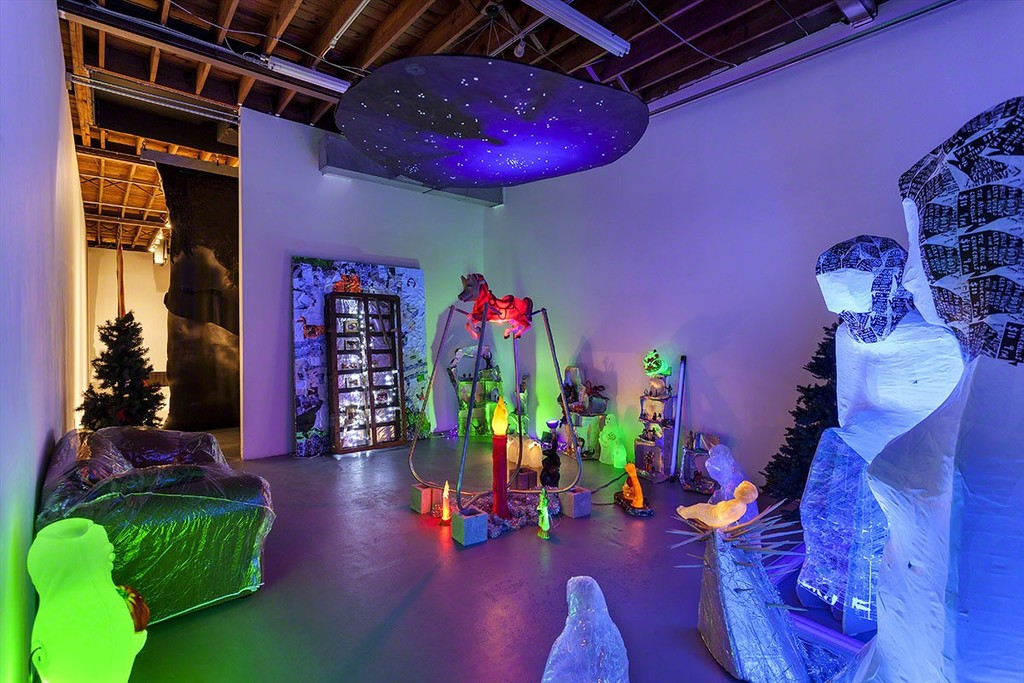 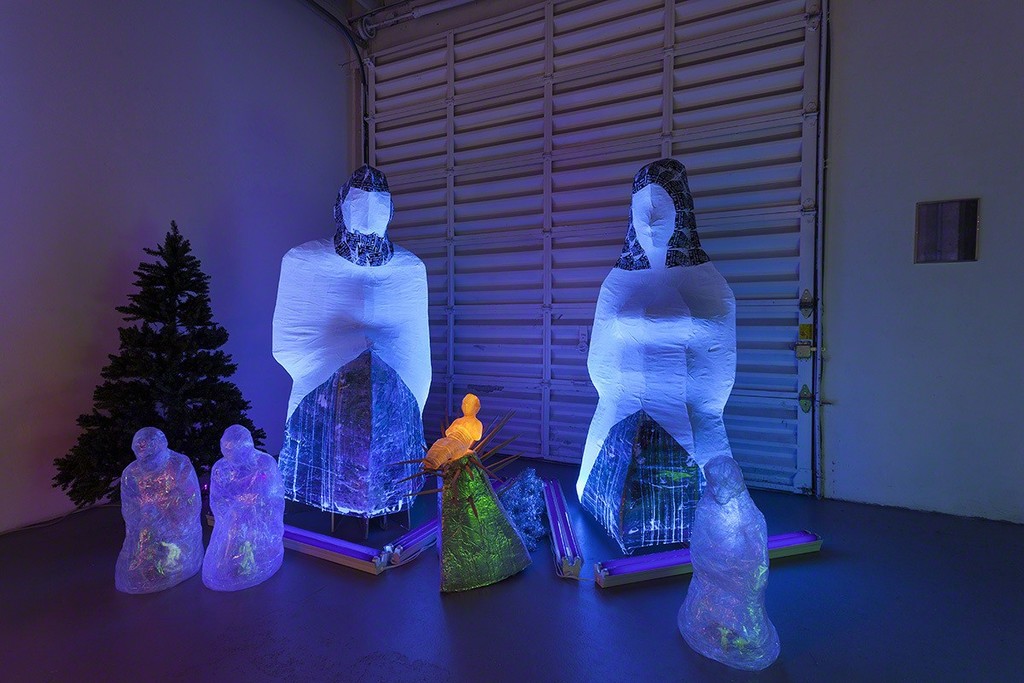 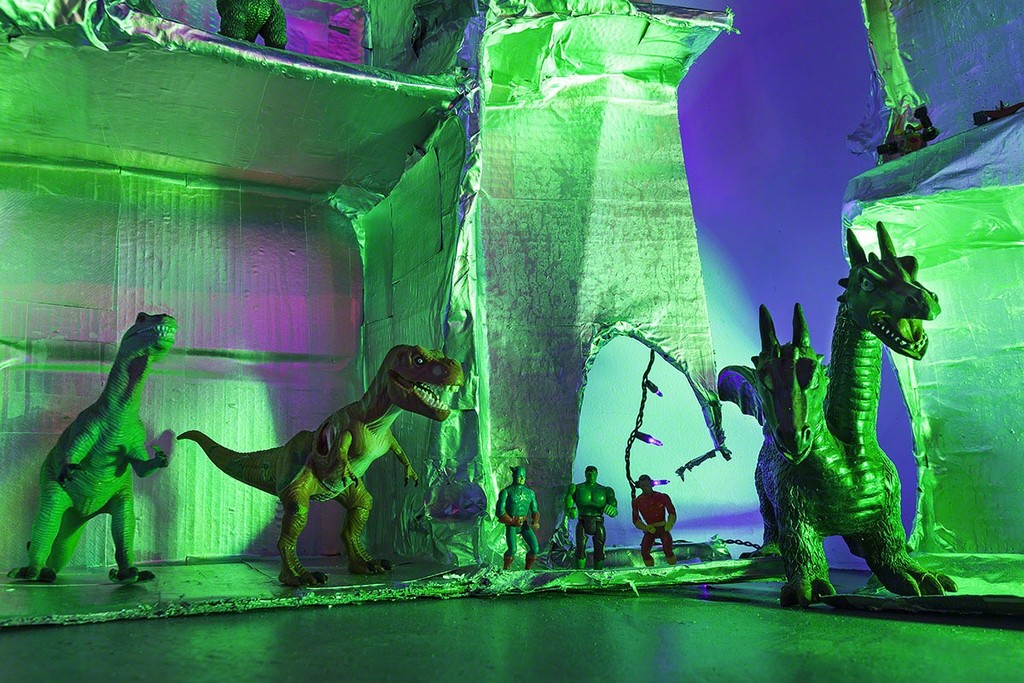 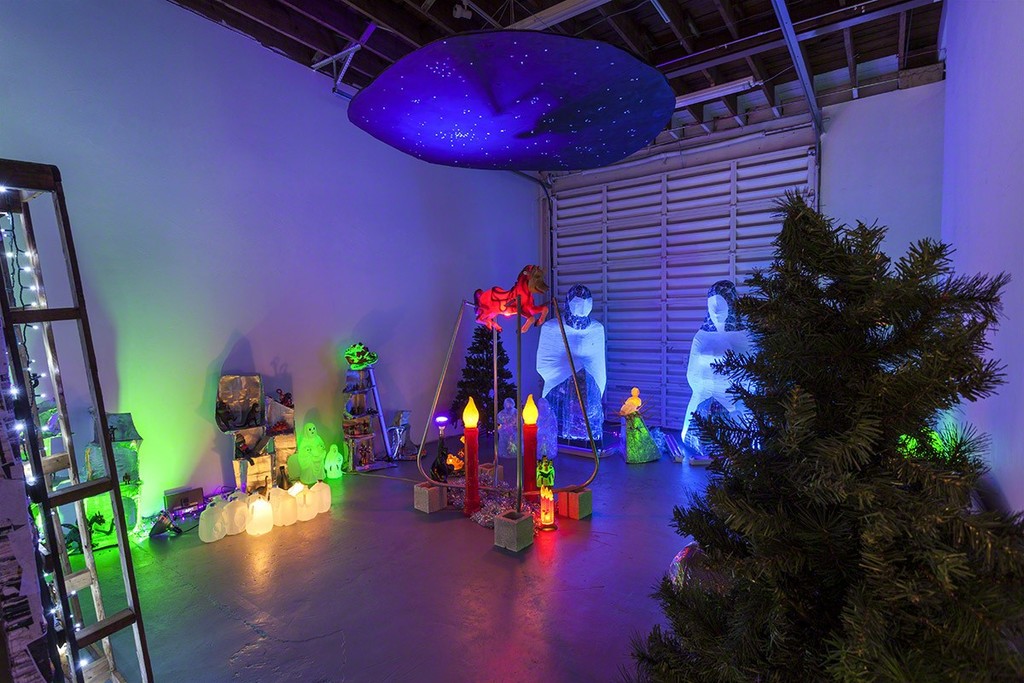 Locust Projects is pleased to present Nochebuena, a new immersive installation by Cuban-born, Miami-based artist Beatriz Monteavaro. The exhibition is centered around memories of family gatherings in the artist’s childhood home, with a focus on the celebrations surrounding Nochebuena (Cuban Christmas Eve).

Monteavaro’s work is influenced by the English Punk Rock music scene, science fiction and horror movies, and the fantasy environments of Disney Theme Parks. She has adapted and transformed some of her existing paintings, drawings and sculpture for this installation, which are presented in combination with new sculptural pieces, seasonal decorations, and special lighting.

Monteavaro’s project was inspired by the sale of the house in which she grew up. While helping her parents move, the artist came across albums containing over thirty years of photographs of family gatherings and celebrations at their home. These images enabled Monteavaro to trace the physical changes to their living environment, and highlighted a number of different types of absence. The installation references changes in the architectural details and interior decoration of the house, as well as features of the family home, such as their curio cabinet, through the inclusion of the artist’s own collections of action figures and memorabilia in the
exhibition. Monteavaro’s project both celebrates and mourns the past, in a meditation on continuity and change.

ABOUT BEATRIZ MONTEAVARO
Beatriz Monteavaro (b. 1971) was born in Cuba and grew up in Miami, where she lives and works. She received her BFA from Tyler School of Art, Temple University in Philadelphia in 1996. Monteavaro has had solo exhibitions at Emerson Dorsch Gallery, Miami (2014); Galerie Sultana, Paris, France (2011 and 2009); Las Cienegas Projects, Los Angeles (2010); Frederic Snitzer Gallery, Miami (2008 and 2005); and Derek Eller Gallery, New York (2006), among others. Her work has been included in numerous national and international group exhibitions. A book of her work titled Quiet Village was published in 2009.