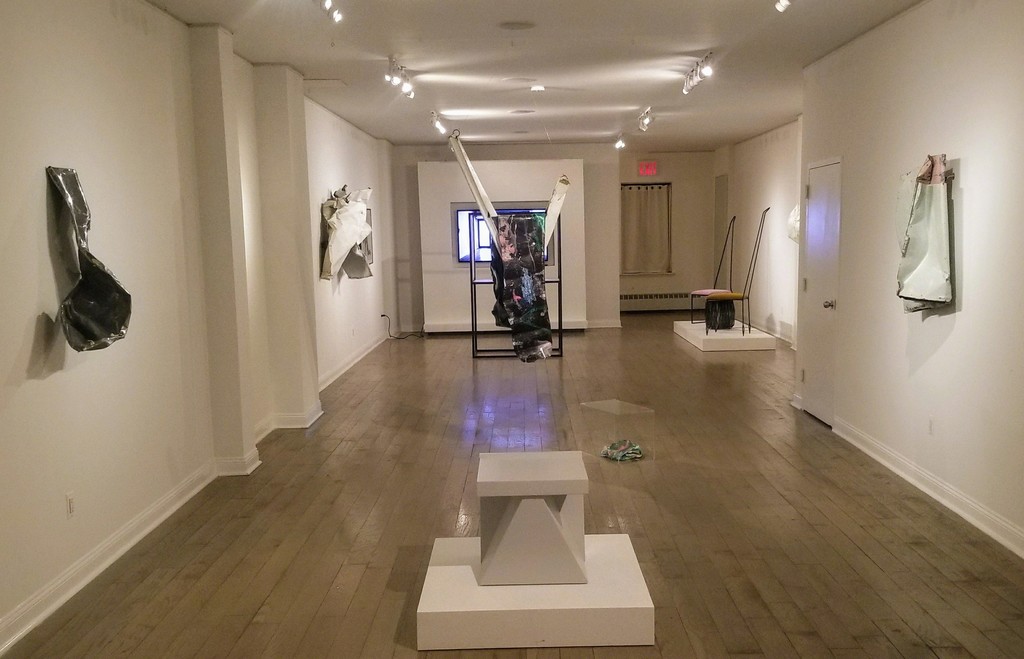 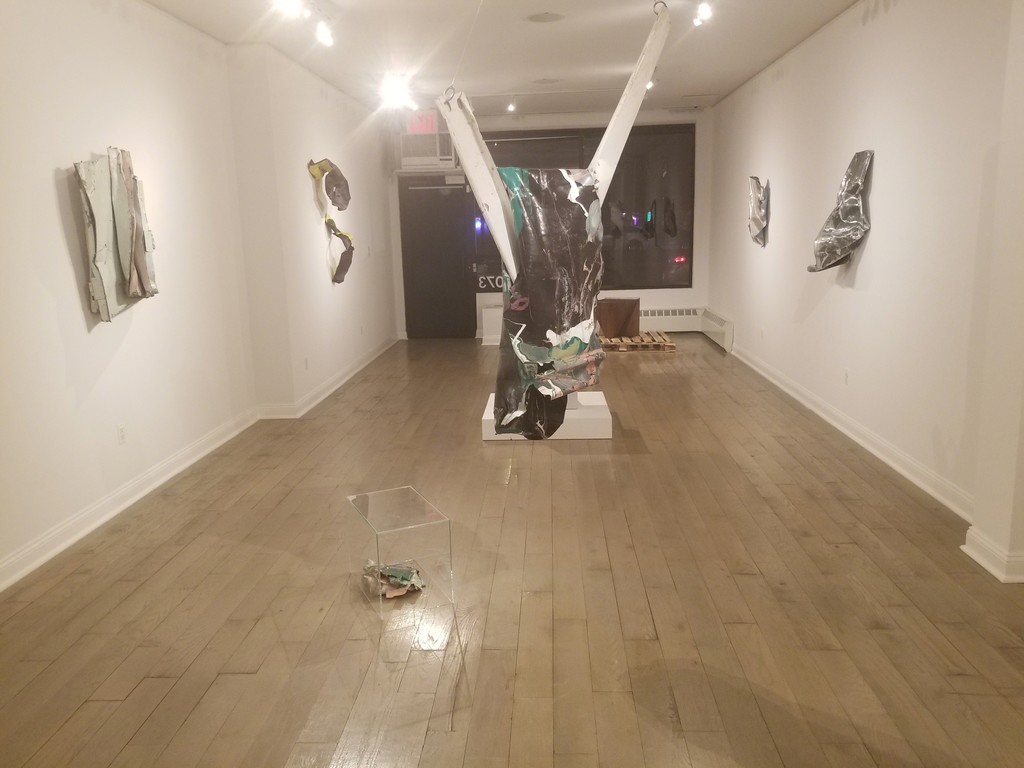 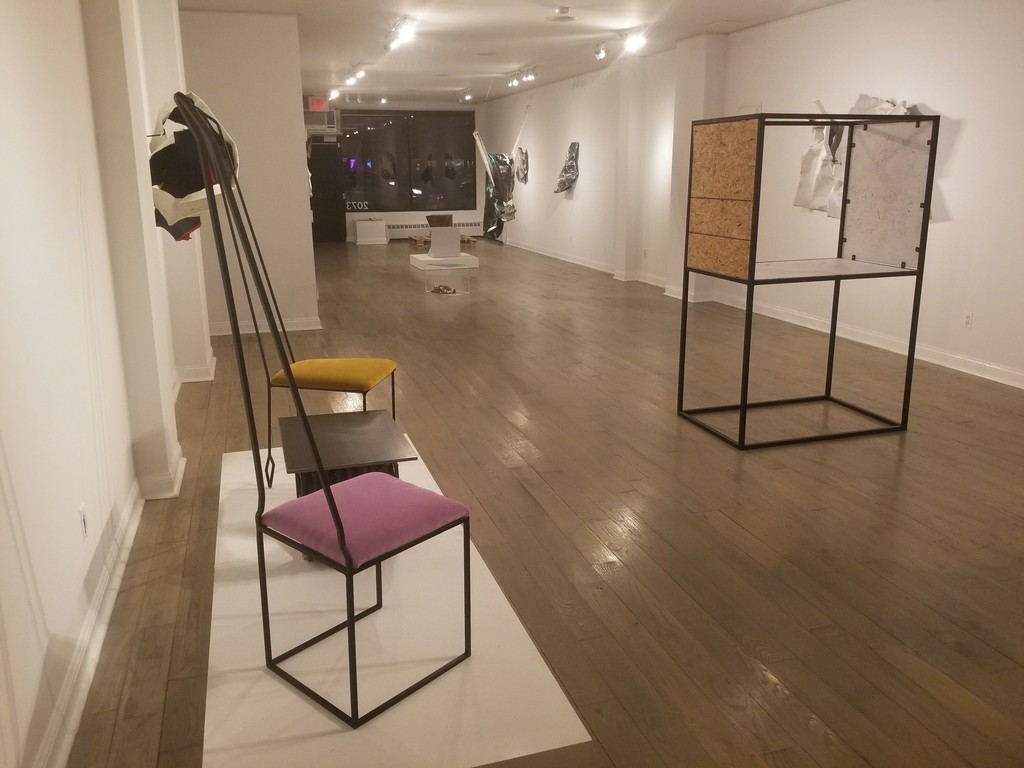 With the wide range of artistic practices included in this exhibition, the artists converge in their unique ways of challenging the essence of their medium. Michael Chuapoco’s uses unconventional trapezoidal shapes to create the silhouette of his TRAP Chair while Billy Ray Morgan infuses a skill and passion of motorcycle fabrication into his furniture design process. The results are objects that pause the involuntary act of occupying, or in this case sitting on, a functional object. The viewer and consumer are left to question the purpose of, what is ultimately, everyday furniture.

Zachary Richardson takes his discipline of classical dance training and upends it into a body of work that positions his audience with wrenching subjects such as molestation, violence against African American bodies, and androgynous behaviors. Richardson uses repetition of movement to emphasize the psychological impact that societal expectations and norms can impose.

Kennedy Yanko manipulates industrial materials such as metal and wood and interweaves them with fragile material such as acrylic paint skins to create sculpture that appears weightless and painterly despite the perceived ruggedness of welding. Trained in both painting and sculpture, Yanko blurs and transforms the lines of each medium in a singular work.

Michael Chuapoco is an independent Brooklyn-based artist and designer of furniture that strives for beauty and innovation. He received his Bachelors of Industrial Design from Pratt Institute in 2009

Billy Ray Morgan is an American sculptor and fabricator who creates labor intensive works that abstractly articulate ideas about the symbolic social signaling of design objects, class hierarchy and the way art and design function in our lives. Based in Brooklyn, Morgan creates one of a kind or limited production works. Made by hand in the studio, these works convey creative intent using elements of functionality and an intimate understanding of material.

Zachary Richardson is a Brooklyn-based artist who is interested in physical investigations, including but not limited to: movement, voice, theatre, and fashion. Richardson explores his concepts through movement designs that are created for the viewer's personal interpretation. He is intrigued with somatic relations and how they associate with emotional connectivity. Richardson continues to research the kinesthetic body with instinctual energy to fulfill his curiosity.

Kennedy Yanko is a Brooklyn-based artist whose practice explores the primacy of the senses as a means to gain knowledge about the world and to achieve self-awareness. For four years, Yanko alternated between a residency at The Living Theater in New York while dedicating herself to her studio practice in St. Louis. Throughout this period, her work was showcased in a trio of solo exhibitions in St. Louis (2009’s “Wu-Wei,” 2010’s “Paroxysm,” and 2012’s “Permutation”) that coincided with major developments in Yanko’s experiments in painting.
Press inquiries: April Hunt, [email protected]
Gallery Hours
Saturday & Sunday; noon - 6pm (other times by appointment)
www.long.gallery 646.559.8368 [email protected]