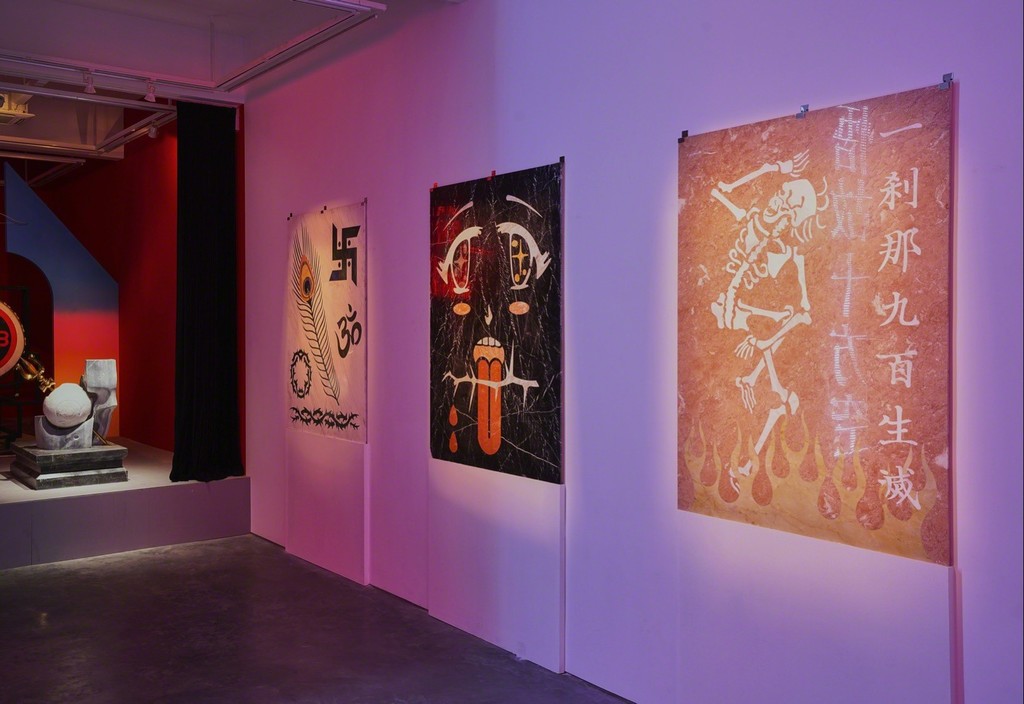 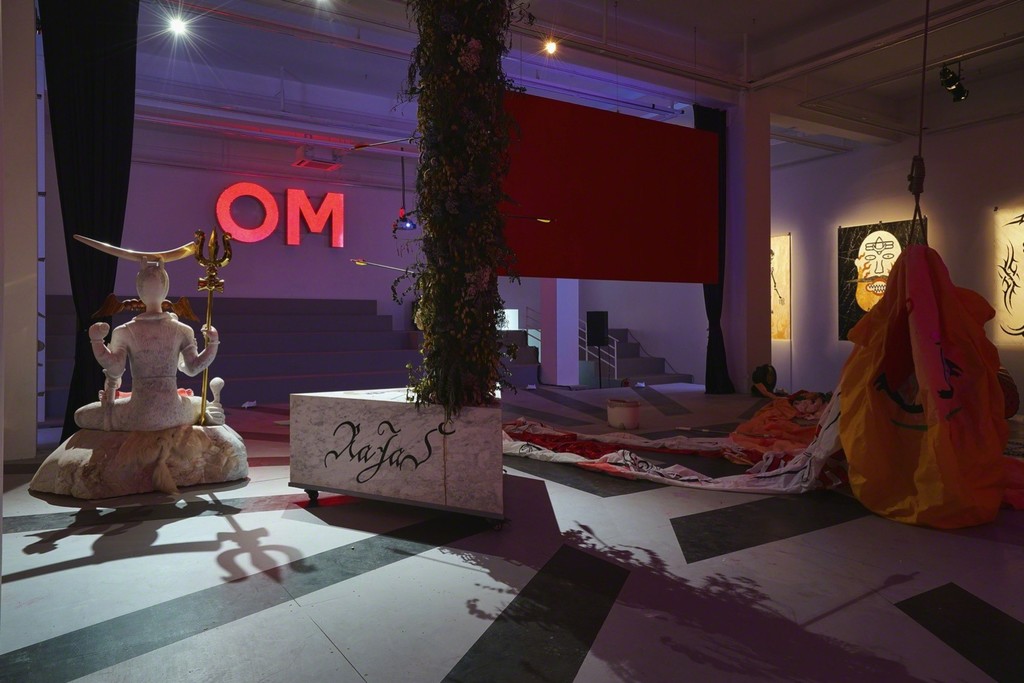 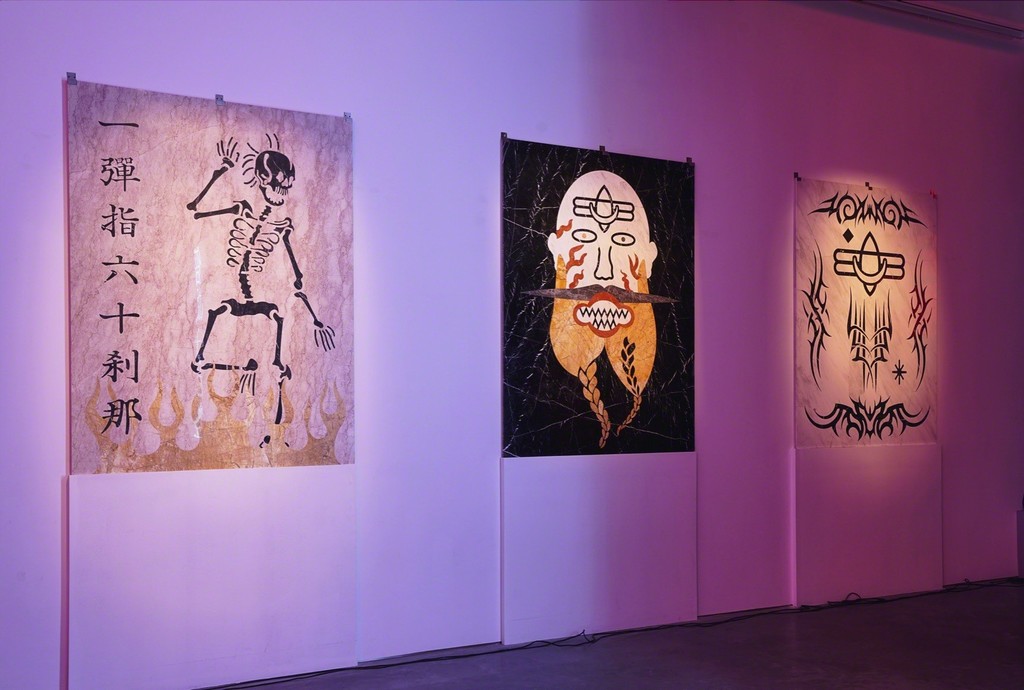 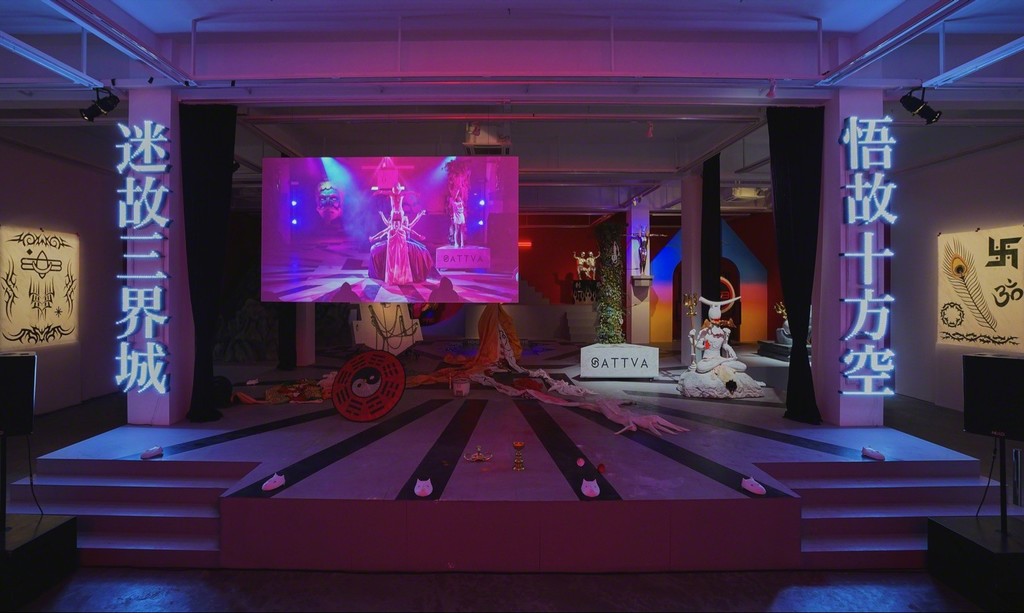 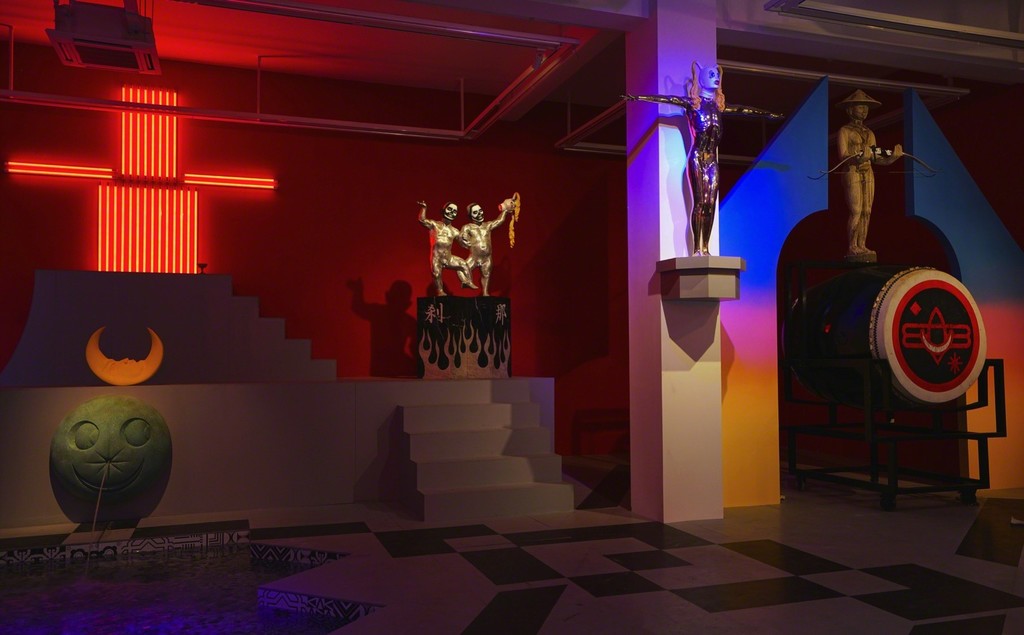 After long preparations since Long March Space announced in July 2015 that it would represent artist Tianzhuo Chen, his show “Tianzhuo Chen: Ishvara” is finally ready to surface. This is the artist’s first solo exhibition at Long March Space. His newest “operatic” work, the titular Ishvara, is inspired by the famous Sanskrit Hindu epic the Bhagavad Gītā. The exhibition will present a video of Ishvara alongside nearly 20 entirely new installation works. Chen’s works often feature a variety of images that he has used continuously throughout his exhibitions, performances and events, exploring them in depth and deifying them into “characters”, each with his or her own life and backstory. In “Ishvara”, the complex relationships between all these personas will be revealed.

Looking at Chen’s previous works such as Picnic (2014), PARADI$E BITCH (2014), and ADAHA (2014), it’s clear that he excels at creating moments where ordinary people can transcend the physical materiality of their body, where he creates a state of deranged “madness”. In this exhibition, white and darker marble, stainless steel and other classical sculptural materials take the place of the materials Chen has typically used in the past, such as resin, ceramic tile, plastic, foam, and so forth. Materials in the latter category are visible everywhere in industrial society, and are cheap and easy to use; materials in the former imply the monumentality of classicism and of authority. Chen has this time chosen to use more permanent materials and utilize the act of building statues– a direct opposition to the ephemeral material and emotional experience of consumer society.

The exhibition’s on-site works and the Ishvara performance itself complement each other in mutually reinforcing ways. YOGAMAYA (2016) is an image of a “god” perceived by the male lead from Picnic during a holy hallucination. Kṣaṇa (2016) shows a scene hallucinated by the dwarf twins from PARADI$E BITCH while in a feverish state. The image from Guna (2016) is a colorful marble mosaic of a uterus, symbolizing birth and used as a stage for the “girl” character during the performance. The light installation OM writes out what in Indian culture is considered to be the first sound of the universe. The pattern on the gallery floor is similar to that of a mandala, with a Hindu swastika at its center; its tracks were designed to match the choreography of the opening night performance. Thus, the on-site works also participate actively in the show, and thanks to that engagement are full of dynamic possibility, themselves becoming sacred relics in the performance’s wake.