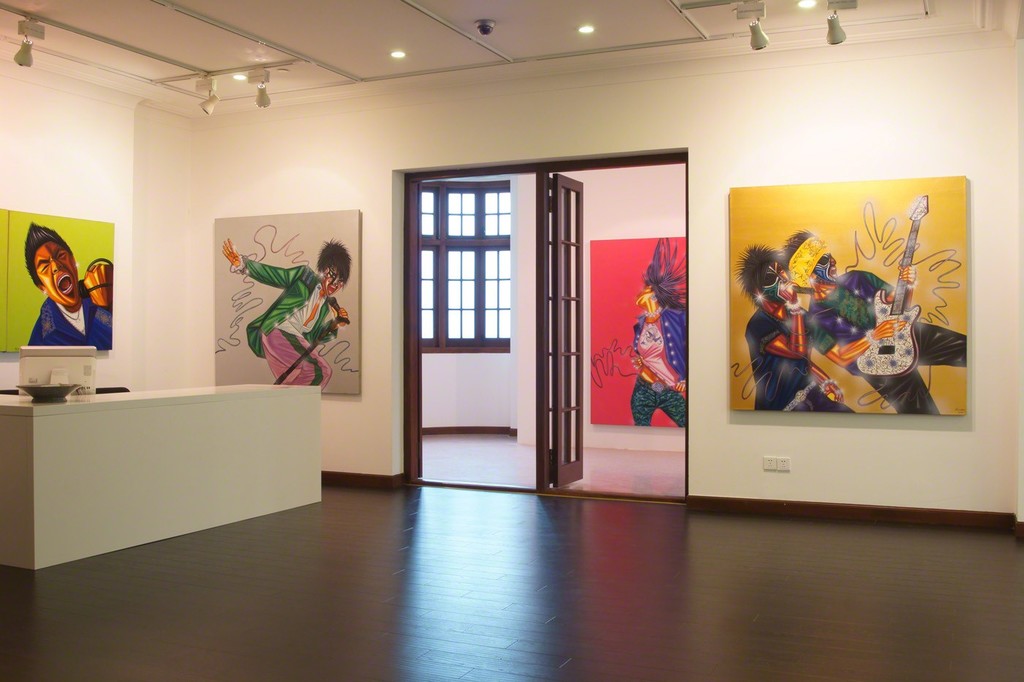 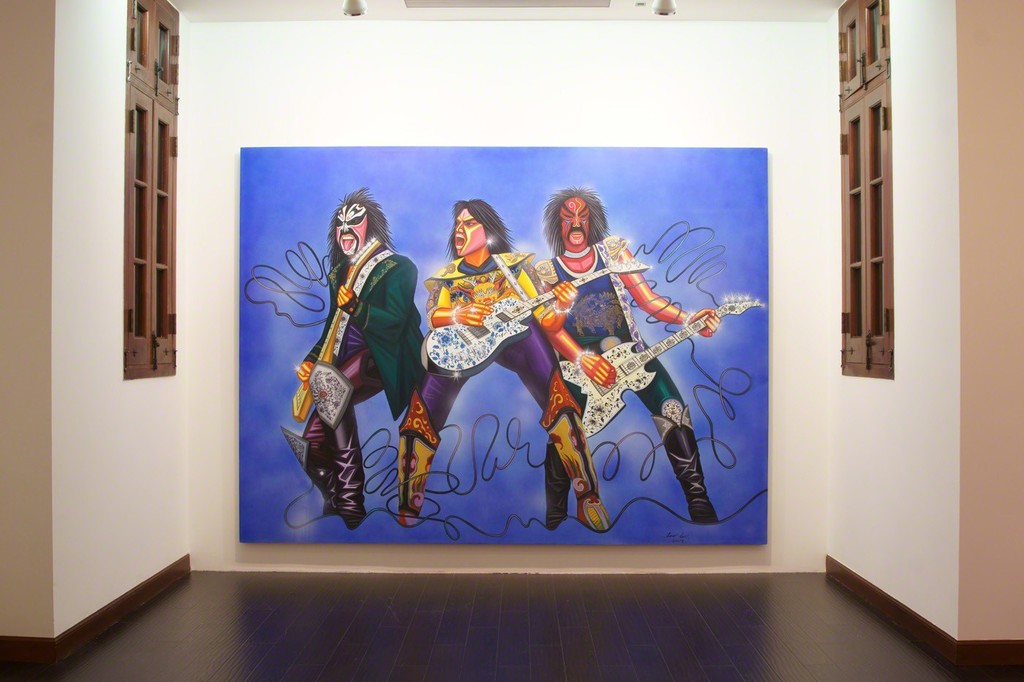 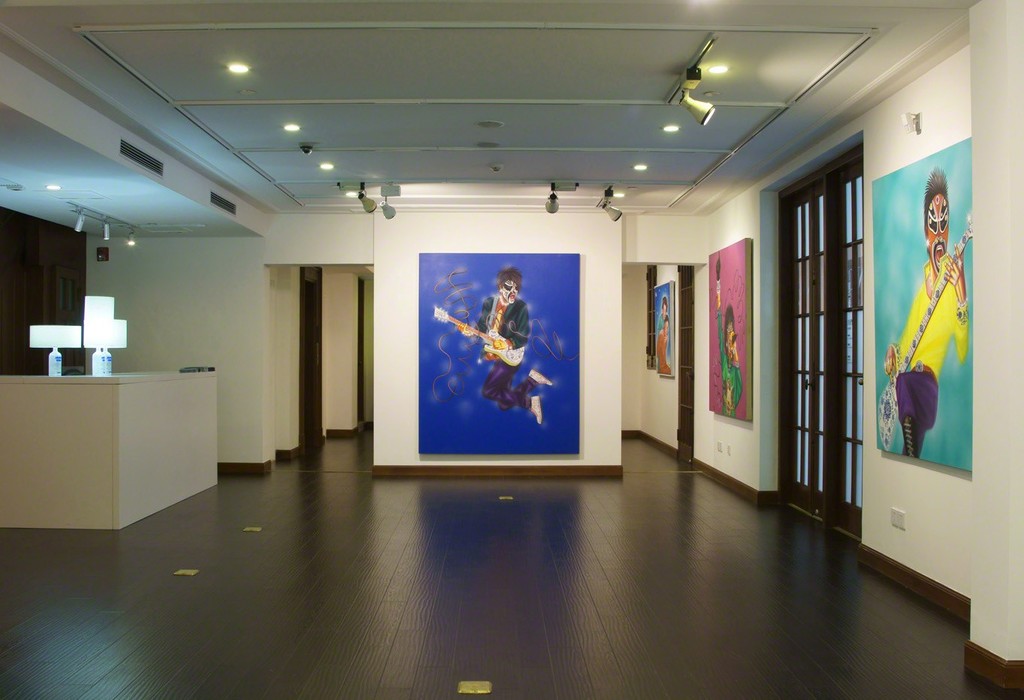 “Every scene, and every part of my so-called world of art, is no longer chasing after valuable judgment nor obeying morality. A complete description of a scene is cut into pieces by real living moments, one by one, in common and understandable images that express themselves. History provides each generation a stage of their own, we are all providing commentary for our own generations.” -Luo Dan, 2008.

As Free as the Wind – 2011 Exhibition of Luo Dan Oil Paintings, organized by Longmen Art Projects gathers approximately 30 Luo Dan’s oil painting works from 2006-2011 and will be exhibited from August through September, concurrently in Shanghai Longmen Art Projects and Taipei Everharvest Art Gallery.

Shanghai Exhibition Press Release:
For the first time since its grand opening in October 2010, Longmen Art Projects is delighted to announce our first one-man show in the the Asian Contemporary Art category. Led by the second-generation gallerist, Jeffrey Lee, As Free as the Wind – 2011 Exhibition of Luo Dan’s Oil Paintings will be open to the public on August 20, 2011. The exhibition runs from August 20th – October 30th, 2011.

Born into an artist’s family, Luo Dan was raised under careful attention for as long as he could remember; yet he had to carrying the full weight of his own personal identity. He also appears to have been walking in a strange, empty, high-speed, vigorous, and ever-changing world of life. Art, in his hands, no longer carry the burden of history and mission, instead, is a new vision for future generations. At thirty years old, Luo Dan is making his personal commentary on his generation through As Free as the Wind.

Luo Dan’s paintings, in terms of its conception within their environment is a difficult battle; he wants to undo the shackles that have surrounded his art. The breaking point is not the denial of the previous generation in the form of painting and language. It must separate itself from the historical burden with confidence and persistance, so that he himself can independently apply the aesthetic sensibilities of contemporary artists to create a direct symbolism of life in his own language of his generation.

Luo Dan’s paintings use the theme of conflict and subversion of the rock ‘n roll culture. Through his symbolic images, he is able to express the feeling of something we start to express, but hold short; an internal state of conflict. His subjects indulge in singing songs and revel in the music, their facial expressions are extreme exaggerations of excitement, and the loud music can seemingly reverbrate in the audience’s ears. At the same time, his subjects conceal the soul's recognition: Mirror Series, At the Orchard Pavilion, A Different Kind of Sky, Mute, Mounting West Tower Alone, One Game One Dream, Brotherhood Pact, This Life · Fate, Flying Free No. 2, are the titles of works from 2006-2011. Luo Dan seems to be conveying a message of his attitude towards art, of his painting and exploration.

Early in his creative process, Luo Dan in 2008, contemplated the spiritual core hidden beneath the assertive appearance in his works. He began to infuse essences of Chinese traditional culture into his works. Meanings took form, and meaning within forms. He did not directly imitate traditions, nor completely immersed his works in the elements of design, but he successfully elevated the inherent nature of his works to embody an integral part of modern art.
Still using contrasting palettes and still expressing the outbreak of passion, under such intensity, elements within Luo Dan’s paintings gradually evolved towards traditional Chinese themes; delicate brush strokes outline the spiritual core of his works - so traditional and modern collide, wildness and stillness interact with each other on the canvas to bring us not only the sensation of visual fullness, but also construct its core of cultural and spiritual heritage.

German philosopher Friedrich Nietzsche once said: “When people have the opportunity to value themselves in their own demand, and if they want to prove that life has its value for the existence, they will become someone who sets a very high standard.... and if they are looking forward to earning the respect from what they have done, it must be that they put a certain hard work and are very serious about the works...” From his creation of The Roaring of A Rock & Roll Spirit, his ambition and eagerness to wake the sleeping souls is apparent; and the artist is taking up a social responsibility for the reform of current environment in the Chinese art field.