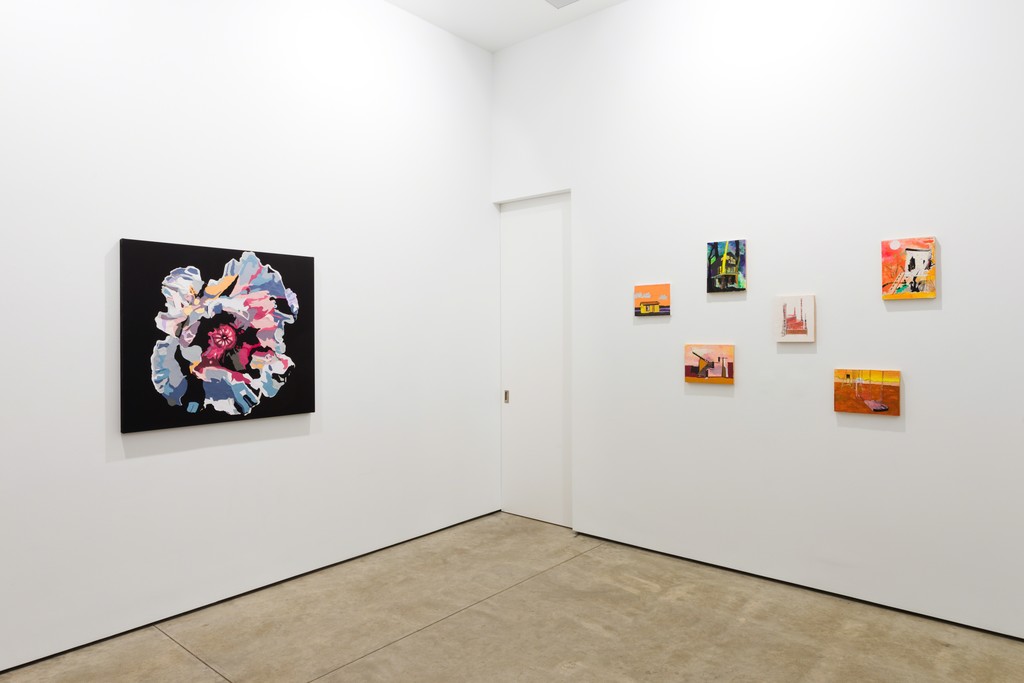 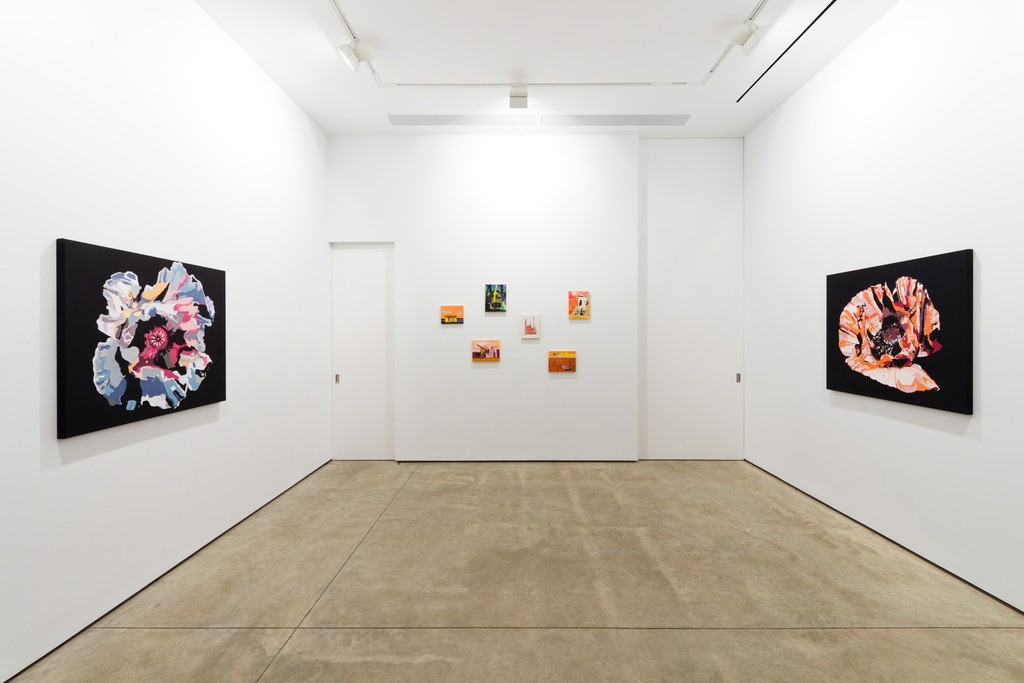 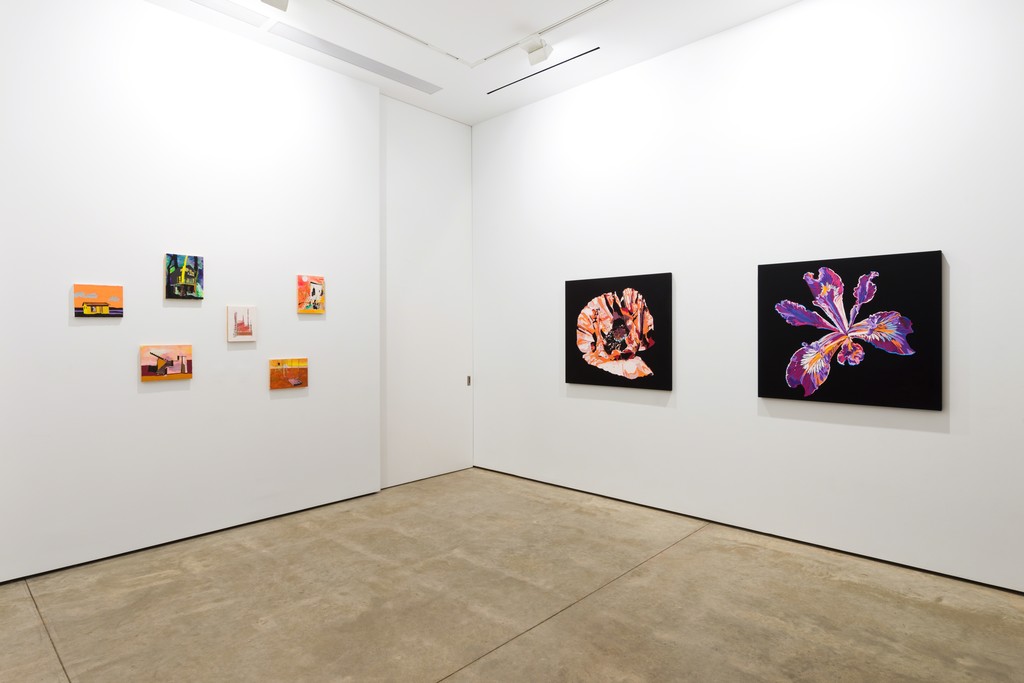 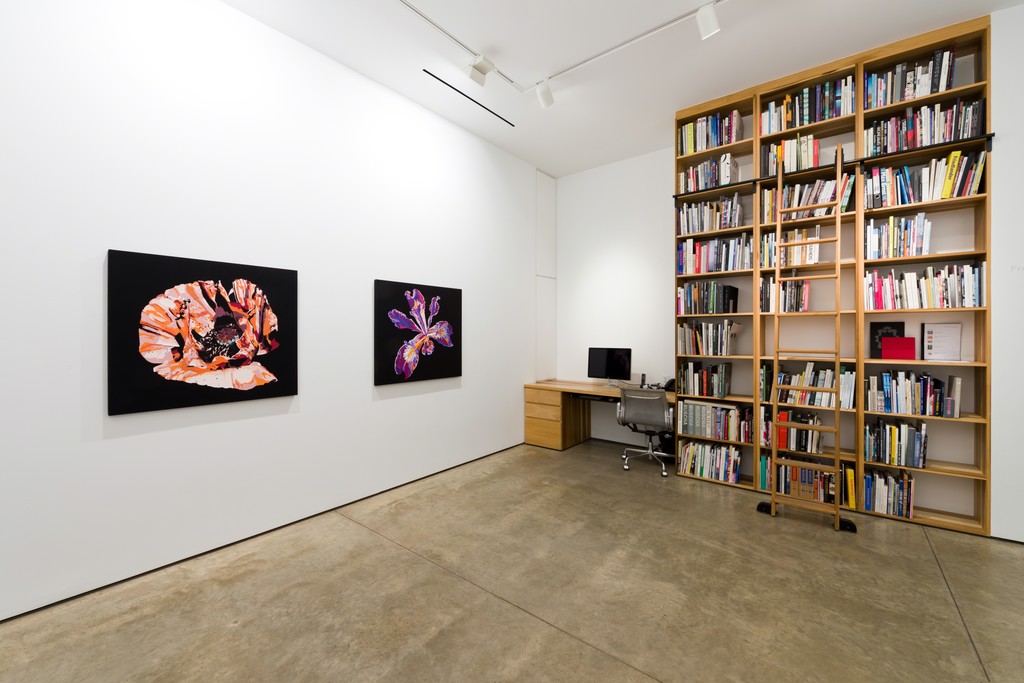 Lora Reynolds is pleased to announce an exhibition of new collages by Francesca Gabbiani, the artist’s fifth show at the gallery.

Known for her colorful collages of many layers of intricately cut paper, Gabbiani has been experimenting with mounting her compositions to wood panels and stretched canvases. She is also using gouache to add a soft, watery dimension to the otherwise sharply defined forms in her work.

The new collage paintings reflect Gabbiani’s longstanding interests in architectural spaces, utopia, and peril hiding in plain sight, but only recently has Gabbiani begun connecting these interests with her teenage years in Geneva. Her relationship with her parents was mired in conflict, she repeatedly ran away from home, spent ten years squatting in abandoned buildings, and found a community of like-minded peers with similar pasts, artistic priorities, and anti-establishment ideals. In 1985 they formed a collective and called themselves État d’Urgences—State of Emergency.

The group saw their town as bereft of culture relevant to young people and set out to create a self-sustaining nonprofit arts center. They co-opted an unused four-story factory and turned it into a compound with an exhibition space, performance hall for rock concerts, stage for theater productions, a cinema, bar, restaurant, cabaret, and a slew of artist studios. After four years of illegally occupying the building, evading authorities, and organizing underground happenings, the City of Geneva officially legitimized their use of the old factory by granting them a rent-free lease.

As their space grew in popularity, the collective took on new members and the founding principles of État d’Urgences faded. The new generation prioritized drugs and debauchery over art and ideas. Gabbiani moved on. Friends died of overdoses or contracted HIV. Their utopia was lost.

Today, the space Gabbiani helped create is called L’Usine—the Factory—and is still a popular cultural destination in Geneva. Now that Gabbiani lives in Los Angeles, she wanders through the city, seeking out and photographing structures that have fallen into disuse and disrepair. These days she has a home and a family, but she never stops imagining what potential the abandoned spaces in LA might hold as platforms for the disillusioned idealists among us.