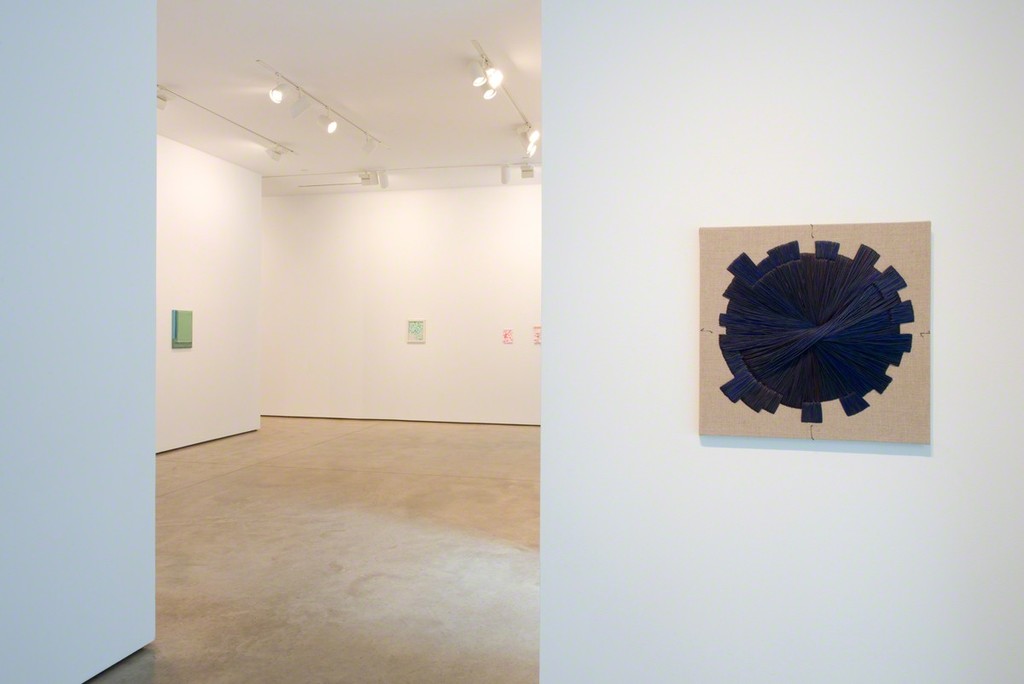 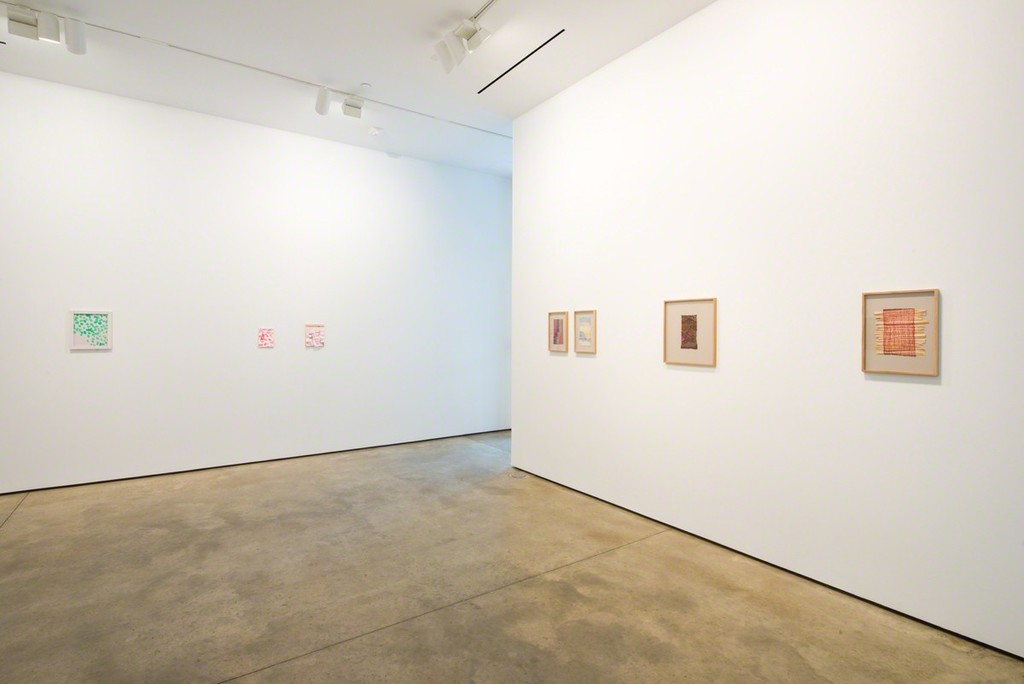 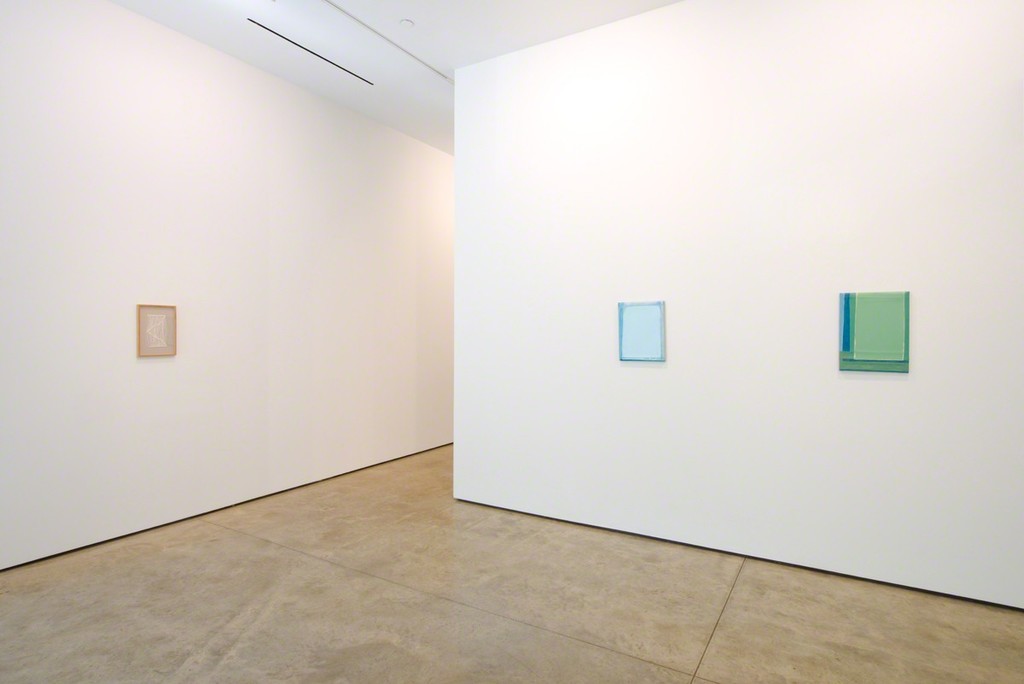 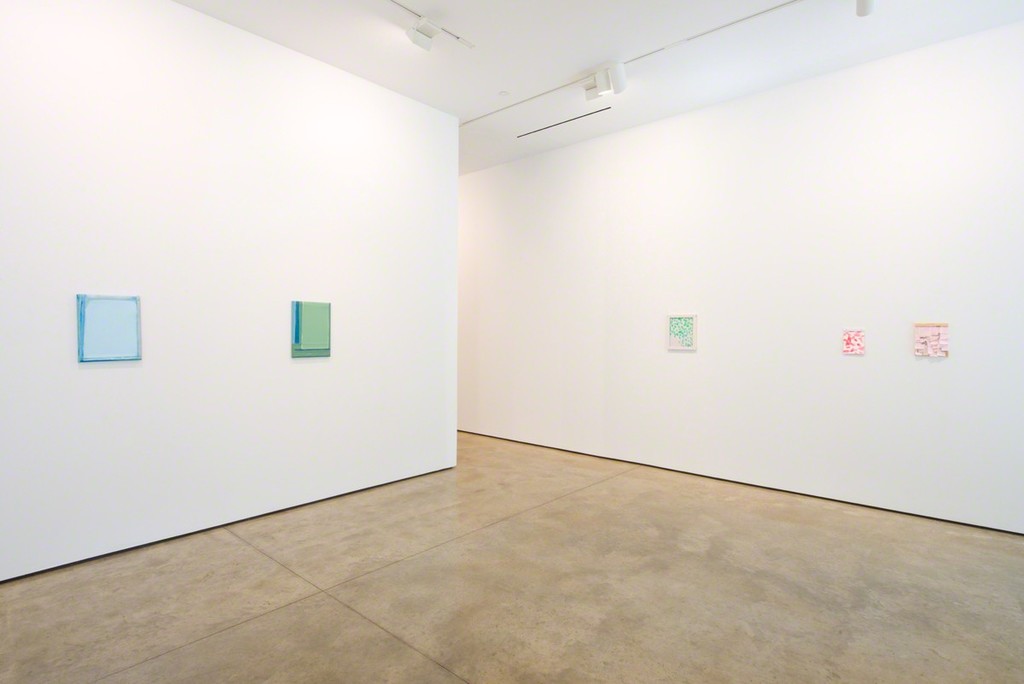 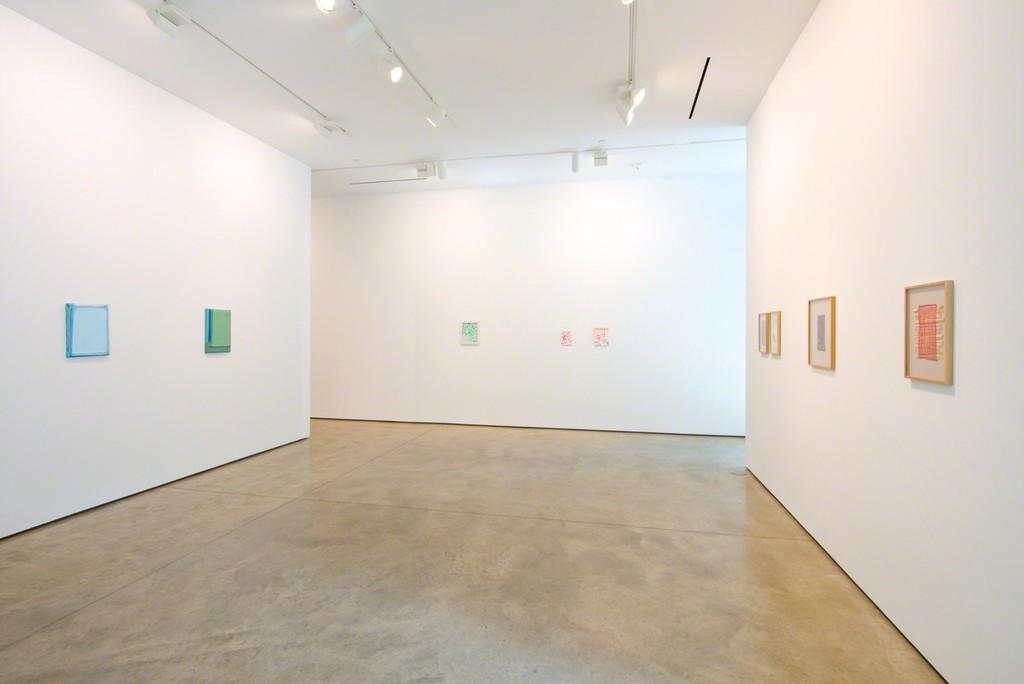 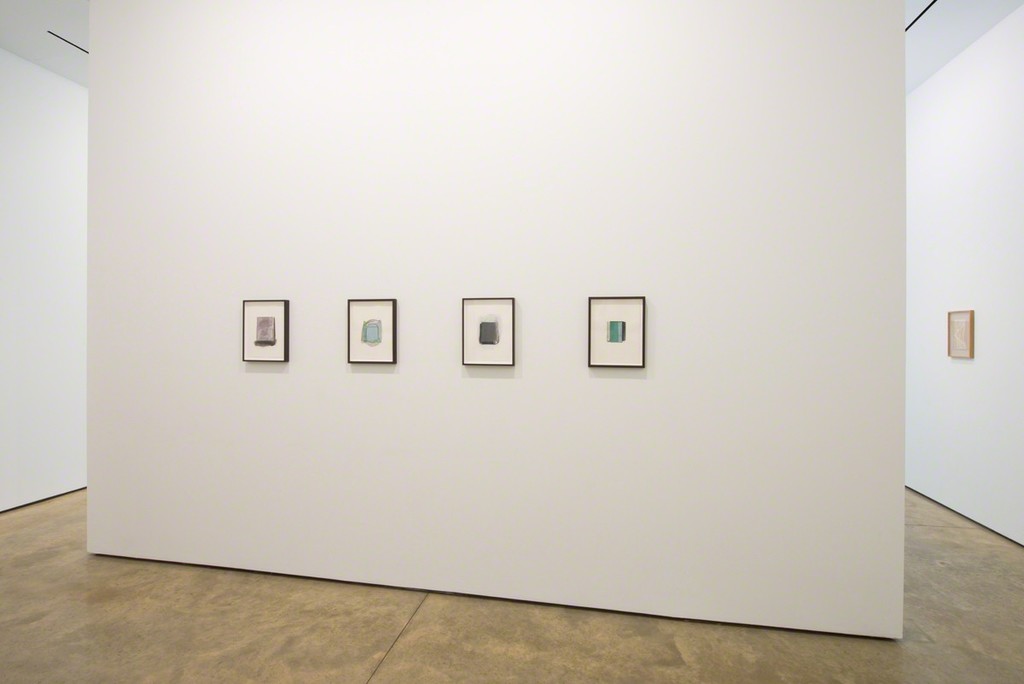 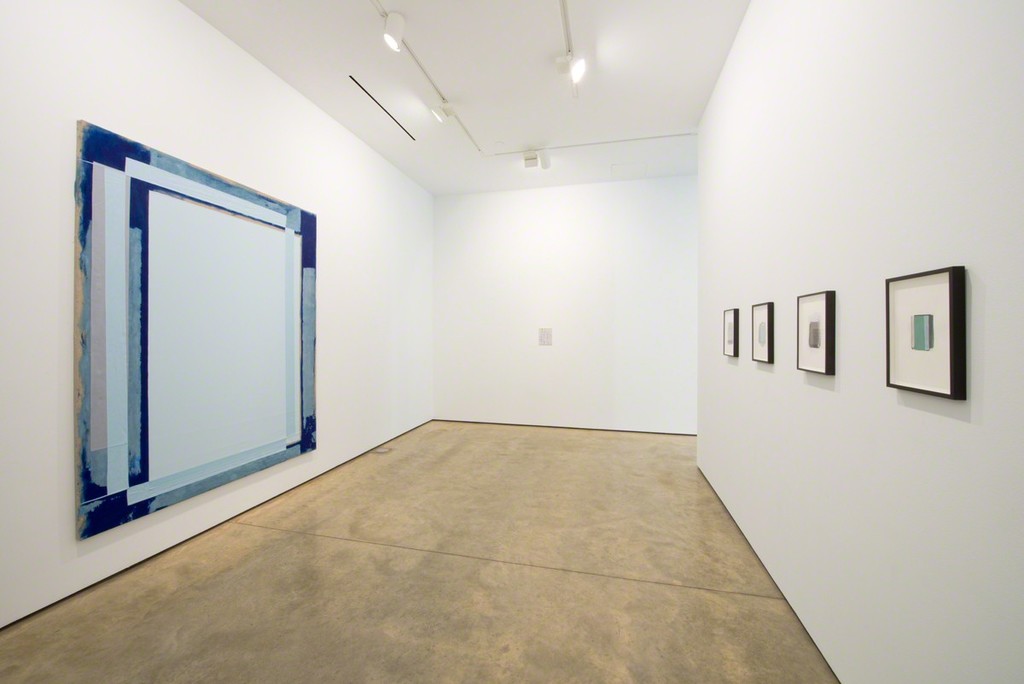 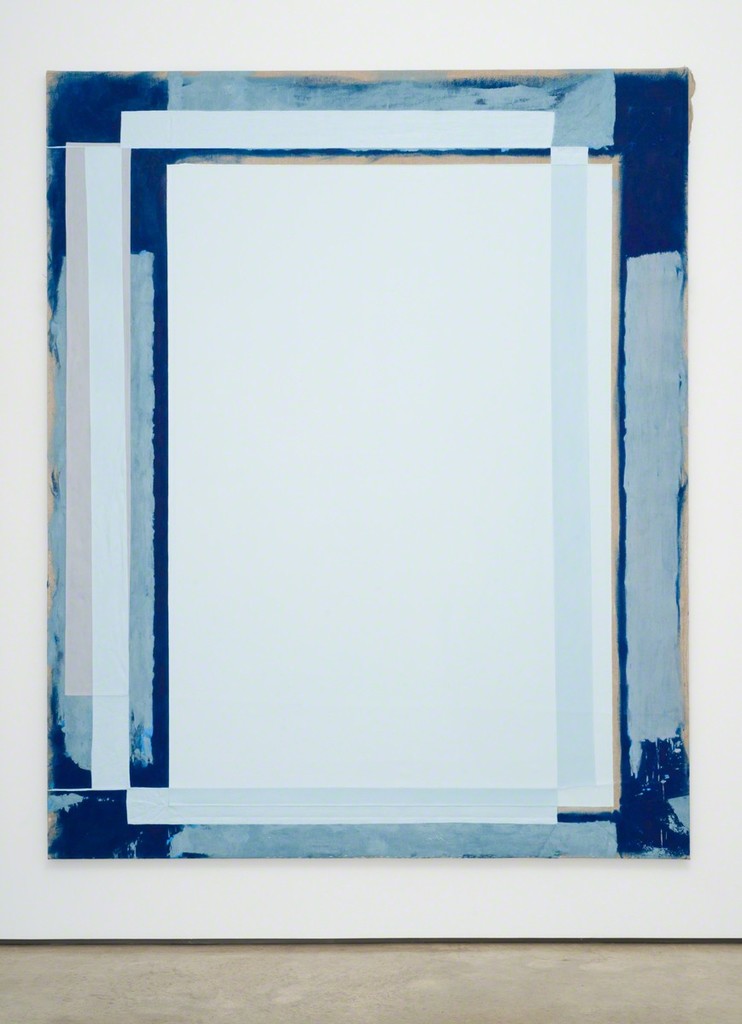 Pale in palette and sparely composed, Fergus Feehily makes work that is characterized by its diversity. He works with a variety of media, including colored paper, pieces of patterned cloth, installation, cartes de visite, and sometimes little paint. He sometimes drives a pair of screws through a strip of wood along the top edge (and sometimes also the bottom) of a painting, as if the work's components were only recently combined and pinned up temporarily. Stacked layers of cloth or paper sometimes billow slightly to partially reveal what lies beneath. Feehily's titles can hint at an ambiguously nostalgic narrative thread, but the delicate paintings always remain shrouded in reticence.

Sheila Hicks's weavings—coiled thick and dense or left wispy and sheer—are often brightly colored and woven from materials as diverse as linen, silk, corn husks, metallic thread, and pineapple fibers. She calls them "private investigations" and finds their inspiration everywhere: in landscapes, interpersonal relationships, rickety stilt houses, or pull-down security gates outside Parisian storefronts. Hicks's time with Josef Albers at Yale University, indigenous weavers in South America, and artisans in much of the rest of the world (including Morocco, Israel, Saudi Arabia, Japan, and South Africa) has led to her work being equally informed by ancient textile-making traditions and modernist art and architecture.

Julia Rommel stretches a canvas, paints an even field of color, un-stretches the canvas, and re-stretches it over a slightly smaller or bigger frame before applying another layer of paint. Each time she repeats this process—three, four, or fifty times, with a new color or the same one—the rough texture of linen slowly gives way to the smoothness of oil paint, and creases from the edges of previous smaller frames move onto the face of the painting (as do holes from the removed staples that once kept the surface taut) to become a part of the composition. These marks reveal the process of each painting’s creation—its history, life, and most of all, its personality.

Sheila Hicks was born in Nebraska in 1934. She has had solo exhibitions at the Palais de Tokyo (Paris), Hayward Gallery (London), Seoul Arts Center (Korea), and was included in the Whitney Biennial 2014. A solo exhibition at the Contemporary Art Museum Saint Louis will coincide with this exhibition. Her work is represented in the collections of the Tate Gallery (London), Centre Pompidou (Paris), Museum of Modern Art (Tokyo), Museum of Modern Art (New York), Metropolitan Museum of Art (New York), National Gallery (Washington DC), Museo Nacional de Bellas Artes (Santiago), and Museum of Fine Arts, Boston. Hicks lives and works in Paris.

Julia Rommel was born in Maryland in 1980. She has shown her work in exhibitions at the FLAG Art Foundation (New York), Bathurst Regional Art Gallery (Australia), and White Flag Projects (Saint Louis). She will be opening a solo exhibition at the Aldrich Contemporary Art Museum (Connecticut) in the fall of 2015. Her work is represented in the collections of the Museum of Modern Art (New York) and Whitney Museum of American Art (New York). Rommel lives and works in New York.