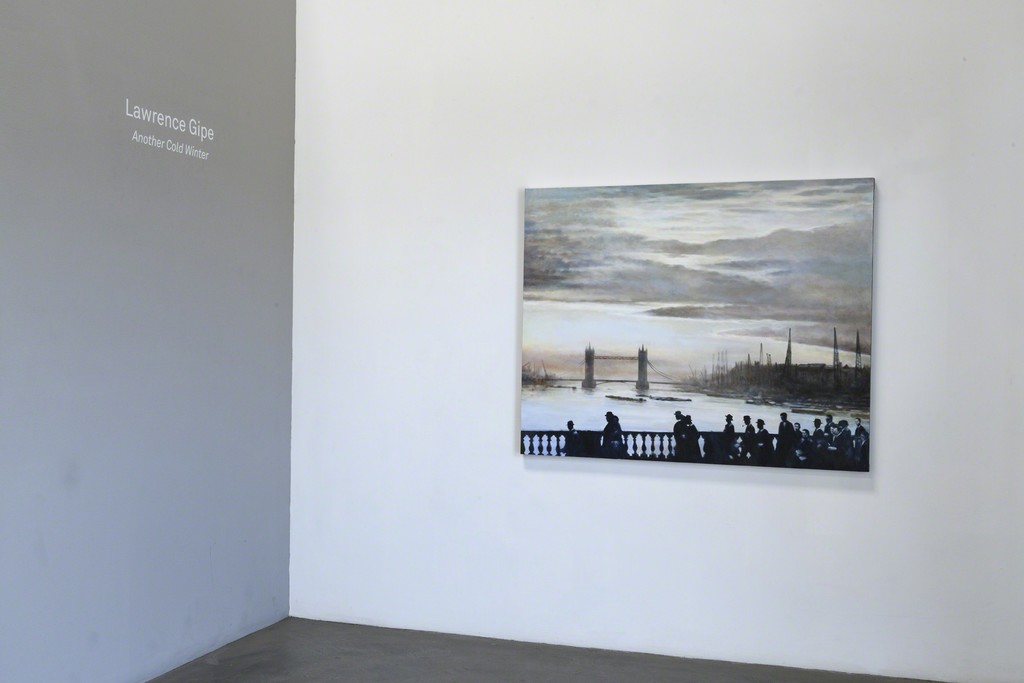 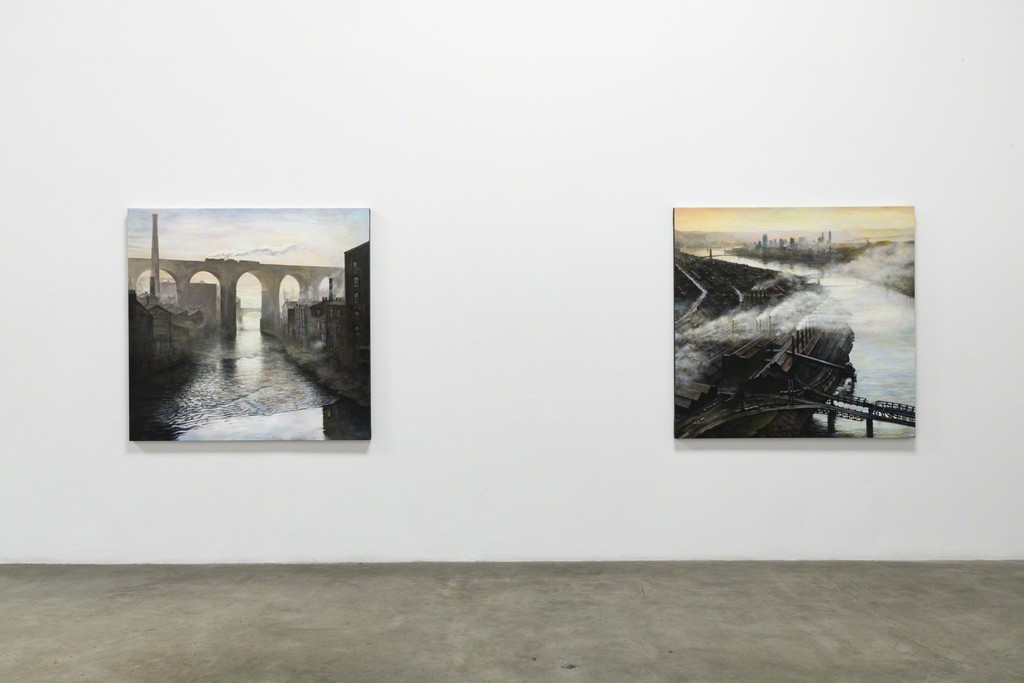 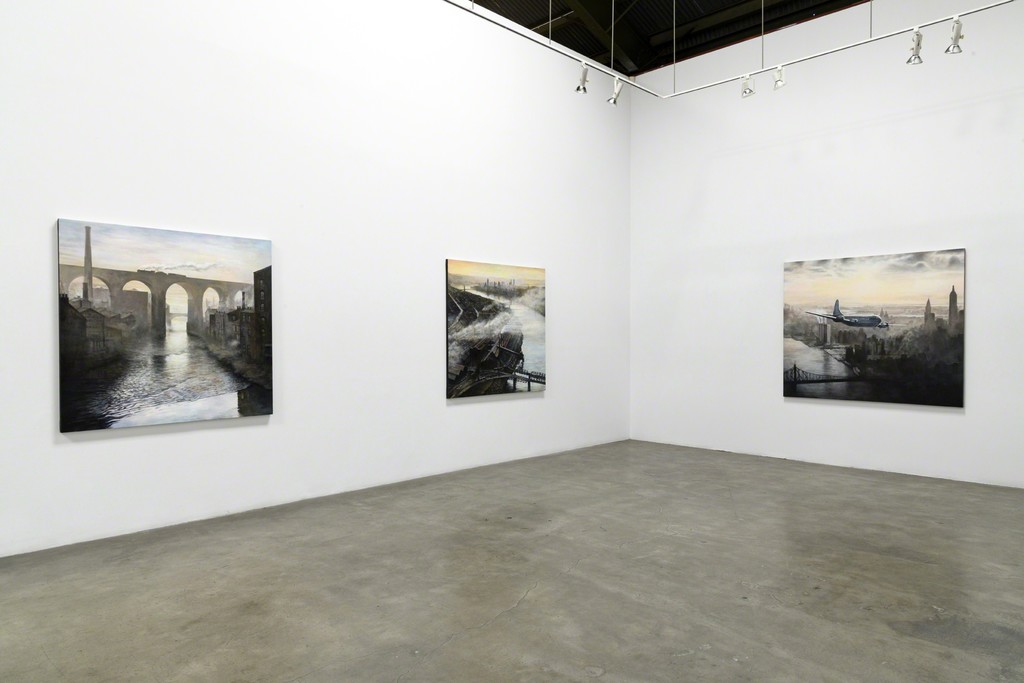 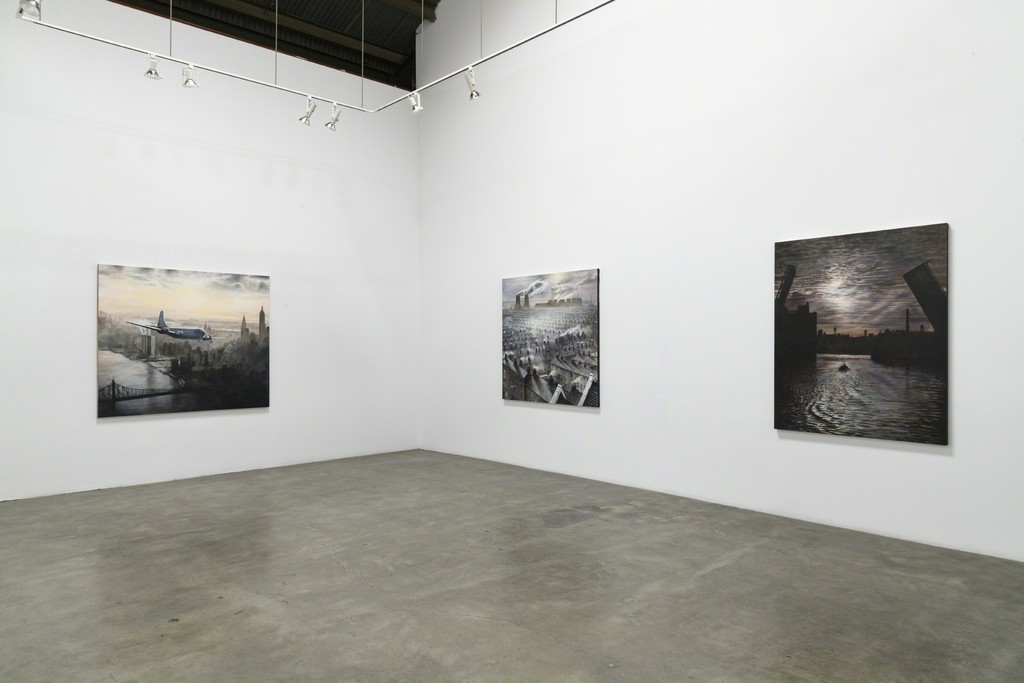 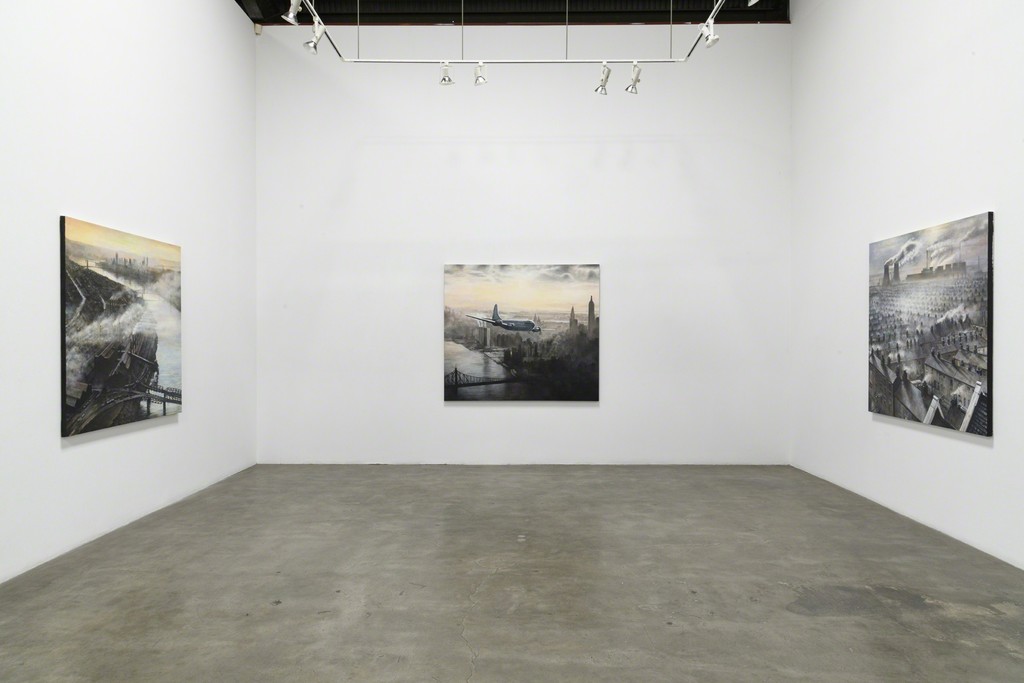 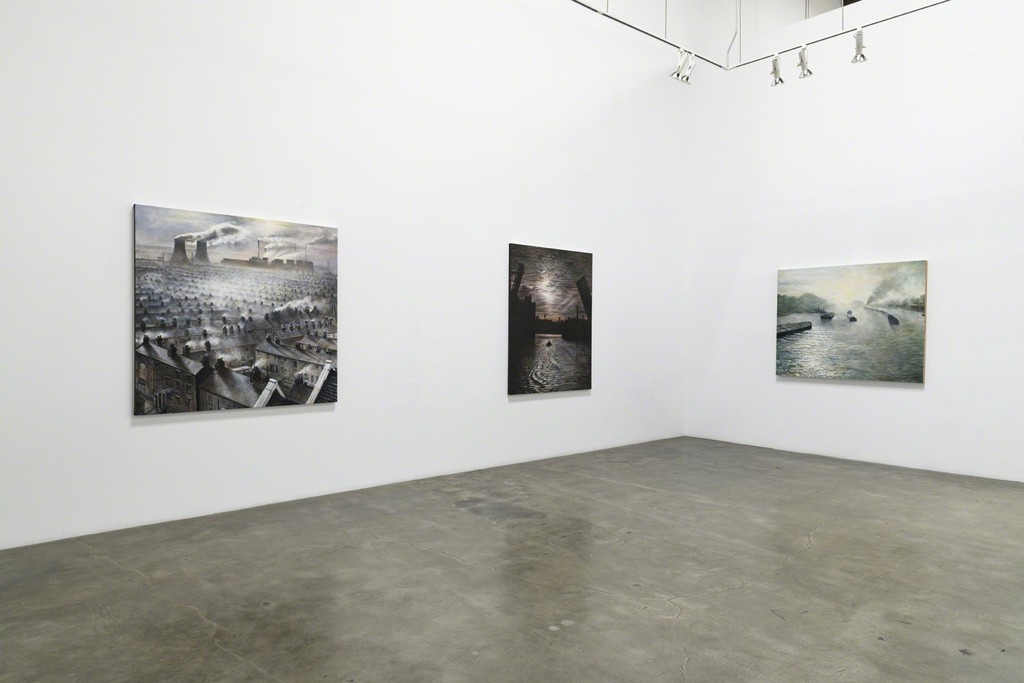 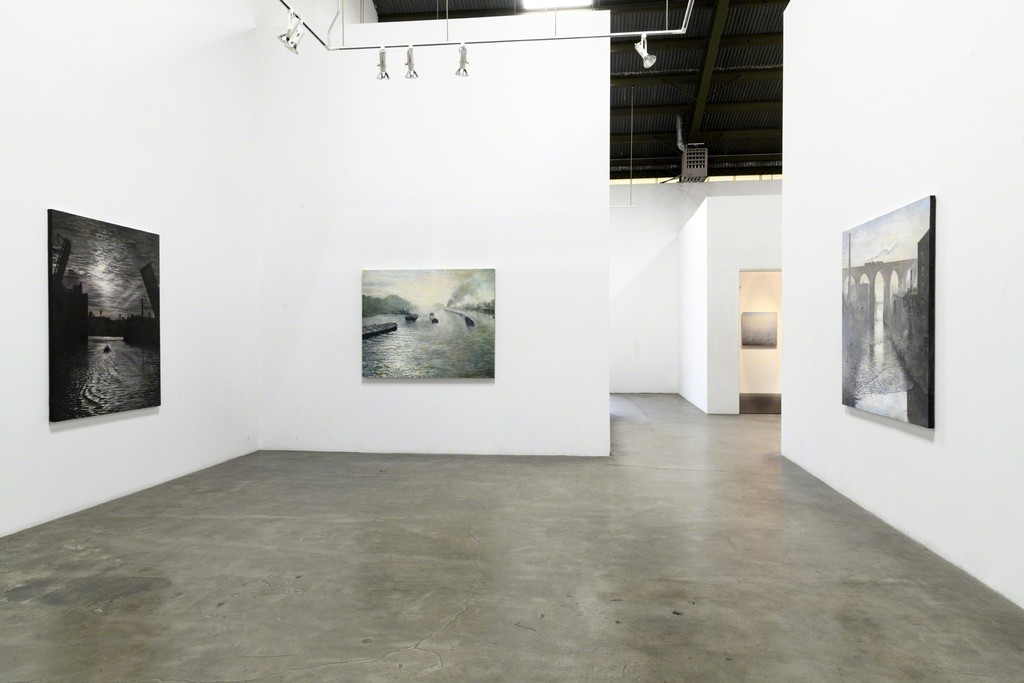 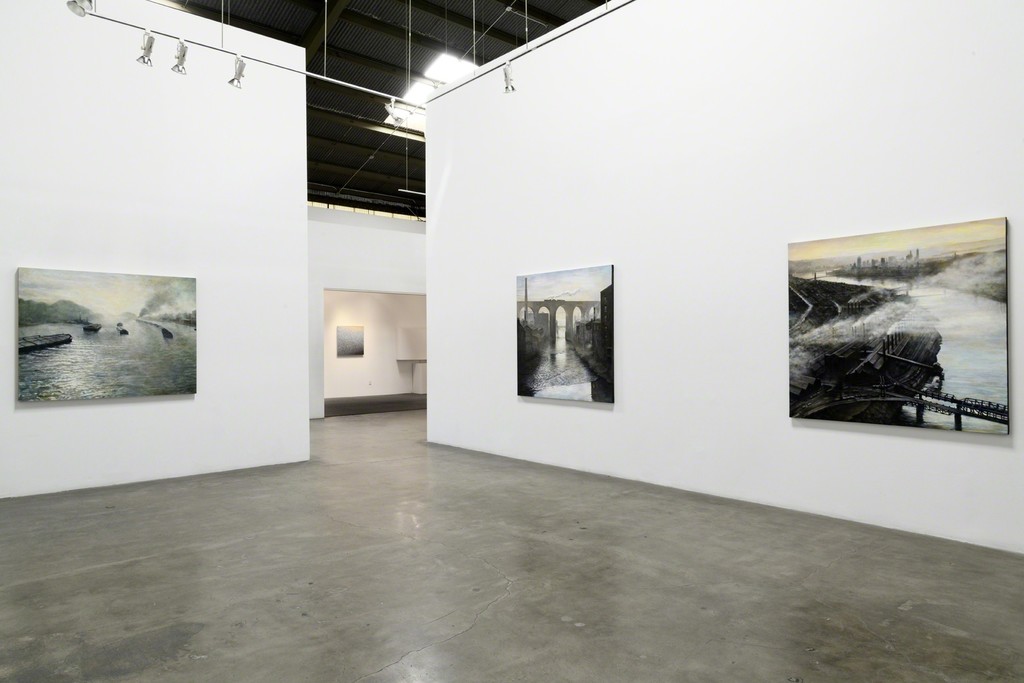 Lora Schlesinger Gallery is proud to present Another Cold Winter, Lawrence Gipe’s ninth solo exhibition with the gallery, featuring a new series of paintings. The exhibition opens with an artists’ reception, Saturday June 2nd from 4-6pm, and is on view through July 14, 2018.

Sourced mainly from images dated between 1946-1950, Lawrence Gipe’s Another Cold Winter examines the visual rhetoric of the “reconstruction” era, when Europe was recovering from the devastation of World War II with aid from the US. The title quotes a photo caption from Fortune Magazine in 1947: “It looks like another cold winter for England,” referencing an image of citizens trudging home after work with the rebuilding of the Thames banks in the background. Europe–especially England–did, in fact, endure two of their harshest winters just after the war. Gipe uses the romantic convention of smoke-filled landscapes to address this period, a literal last gasp of the rapidly de-centralizing heavy industrial complex, and represents an age that operated without consideration to ecological consequences. Gipe’s paintings employ a pre- Impressionist style, which aesthetically circles back to the beginning of the Industrial Revolution in the mid- 19th Century, rendering scenes that are both beautiful and tragic.