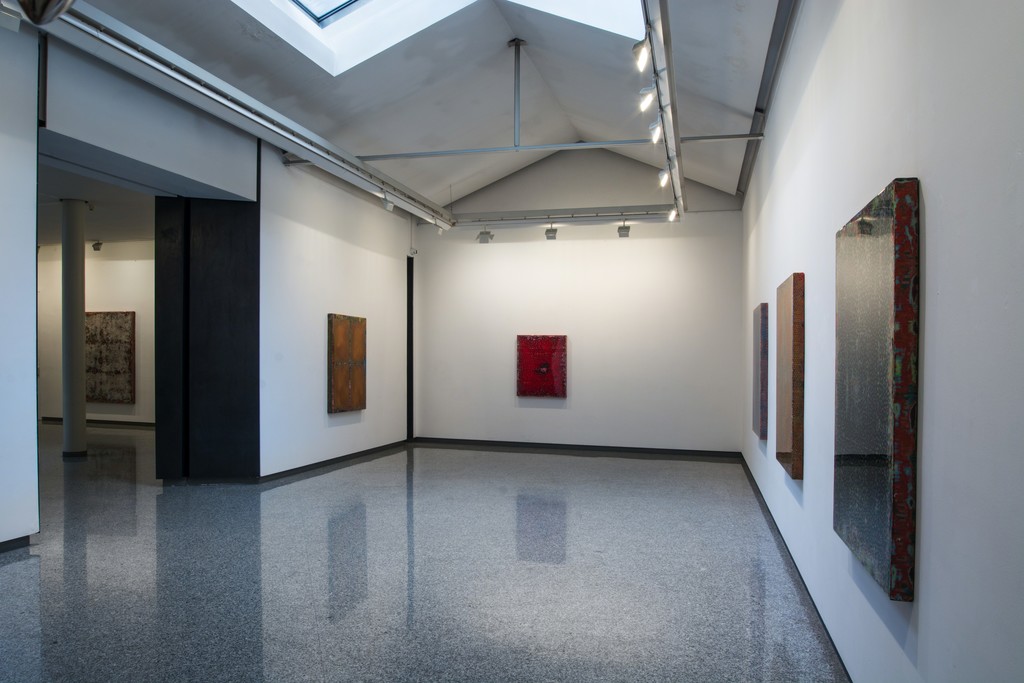 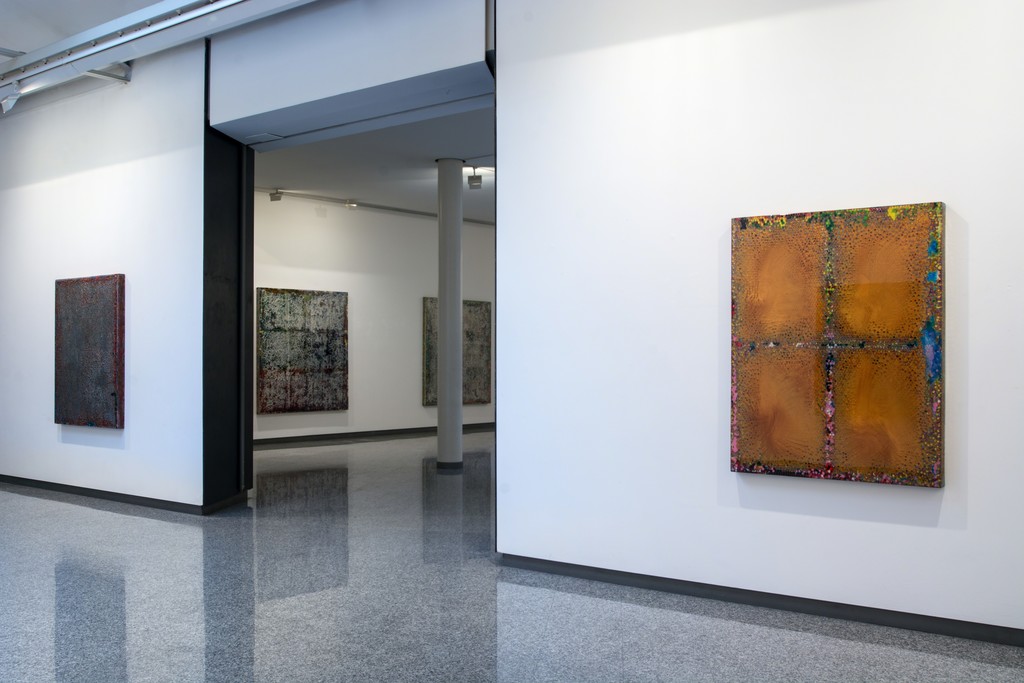 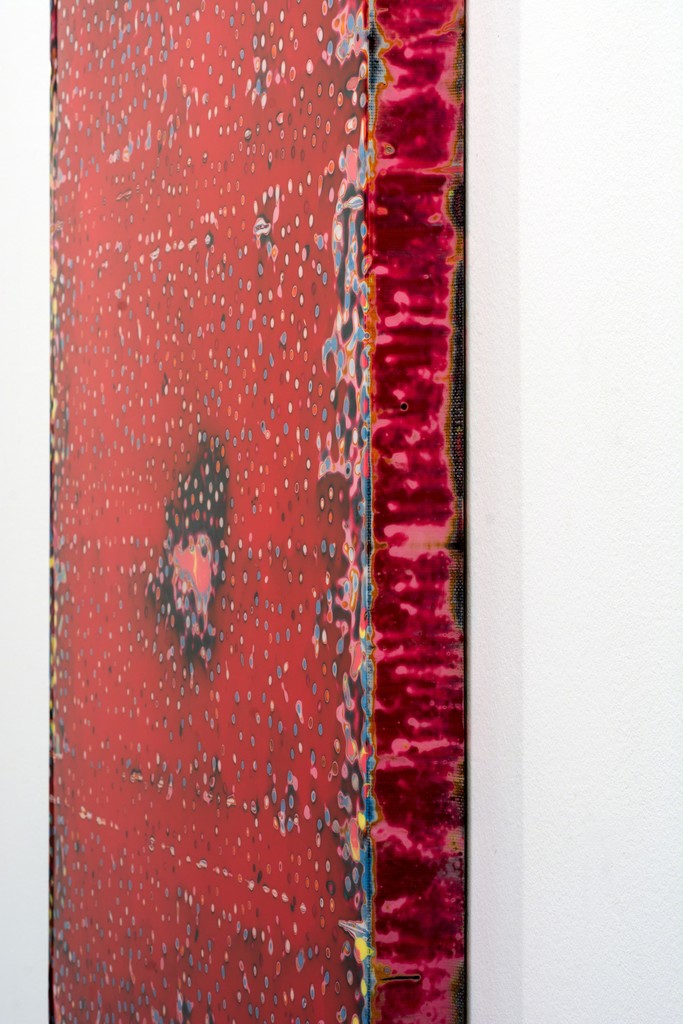 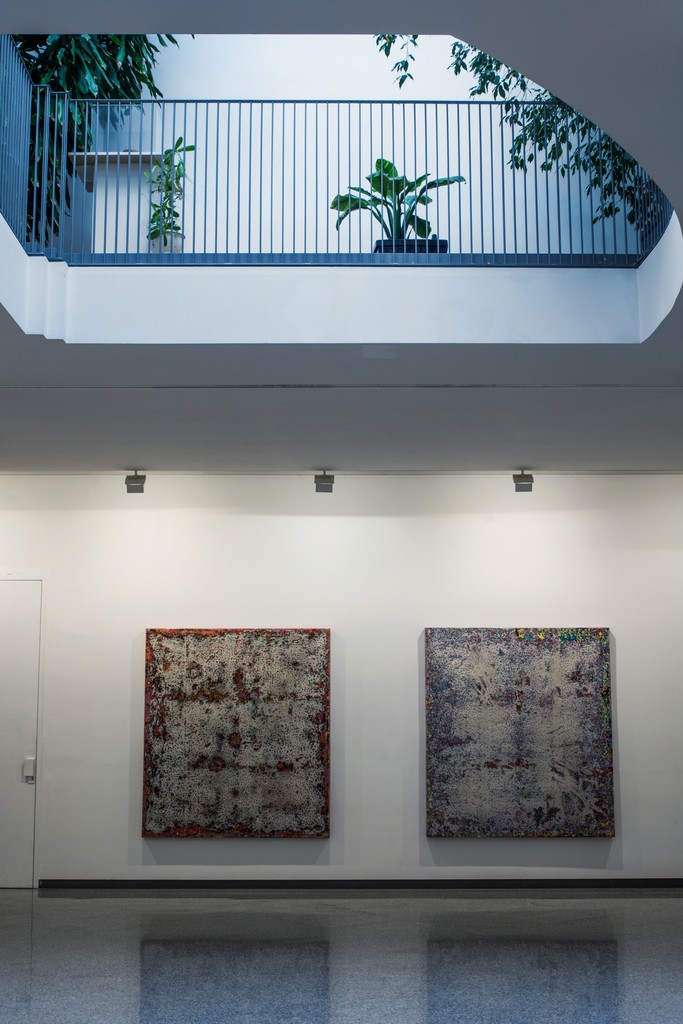 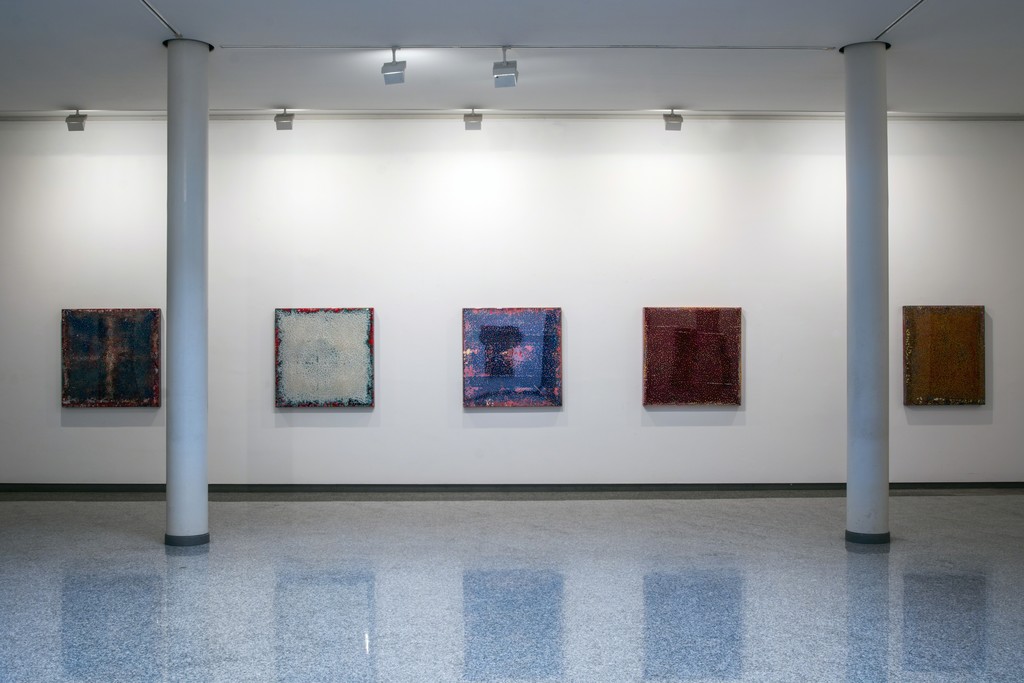 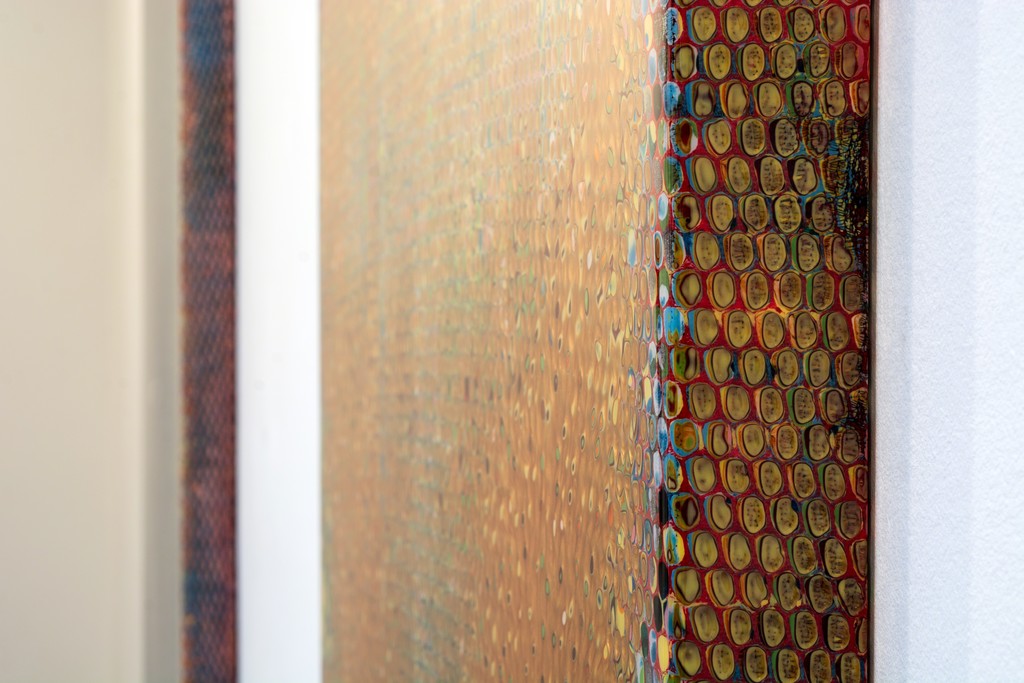 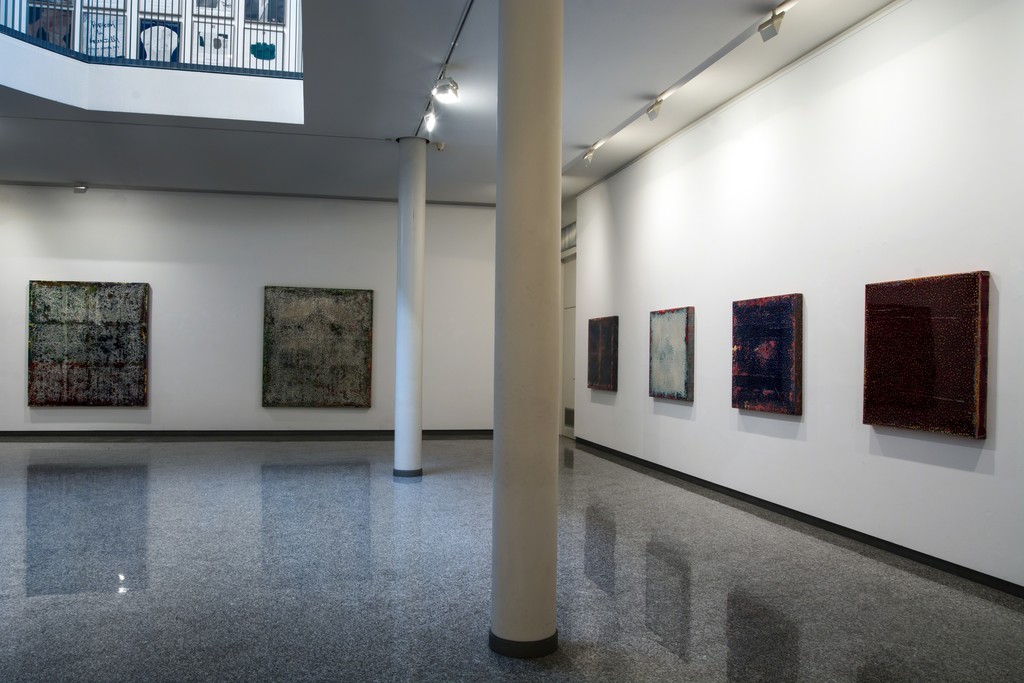 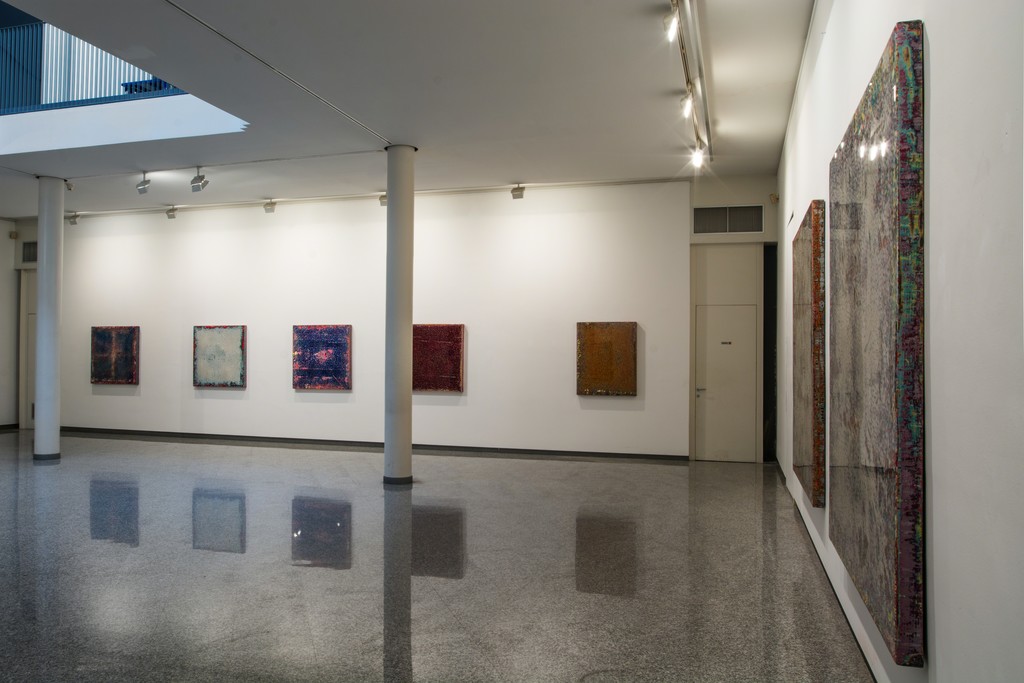 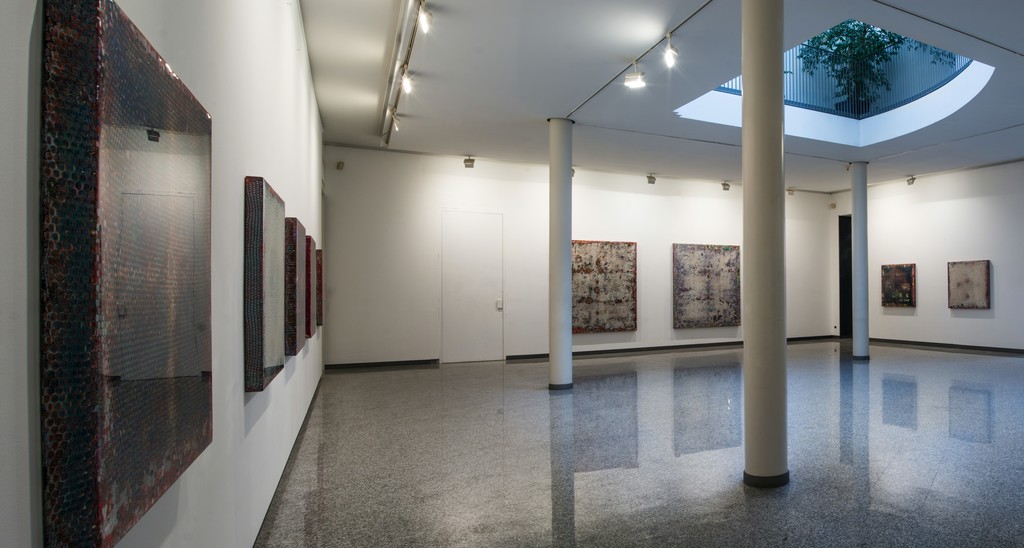 Cosmic Latte is the color that represents the universe, named by scholars examining the light emitted by the galaxies: a pale pink, almost white, which is reminiscent of cappuccino foam. It is the nuanced shade we perceive when observing all the stars of the universe together with the naked eye. It hides within itself an infinite series of colors, from purple to green, from red to yellow, passing through blue.
Cosmic Latte is the title chosen by Robert Pan, an internationally recognized artist from Bolzano, for his solo exhibition which opens May 30 at Lorenzelli Arte. The exhibition, curated by Ivan Quaroni, presents thirty medium and large format works, most of which were created specifically for the exhibition, as well as additional large format works from Pan's most recent work.

For many years Robert Pan has done intensive research and experimentation using resin as the main material in his work. This material, utilizing various techniques, allows him to place the value of color and light at the center of his artistic exploration. His paintings appear as living, vibrating objects that should be viewed from all angles rather than cloths that impose their presence in space. The artist initially molds his works through the layering and accumulation of resins and pigments. The addition process is then followed by a process of subtraction, which makes his work more similar to that of a sculptor than to that of a painter. He follows the Michelangelesque method of processing marble blocks; the artist "sees" the image imprisoned in matter and frees it "by taking away". For Pan, the chisels that cut into marble are replaced by acids that dig and burn the resin, finally revealing submerged shapes and colors.

"This is, for the artist, a path of discoveries and revelations” - says Ivan Quaroni, curator of the exhibition - “which concerns not only the formal language, the technique or the understanding of the materials, pigments, instruments of the work, but also, and perhaps above all, the very nature of the individual and his relations with
the surrounding universe ". The universe, evoked by the title of the exhibition, is a central element in the artistic research of Robert Pan, which finds in it the preferential means to probe and investigate man, his nature and his soul, while speaking a formal abstract language . His works are cosmic maps that are charged with a human power, emanating a perceptible and recognizable heat, far from the cold sidereal galaxies.

BIOGRAPHY
Robert Pan was born in Bolzano in 1969. He studied at the Academy of Fine Arts in Urbino from 1987 to 1991 and then moved to Paris for a one-year residence. After studying in Paris, he completed another year long residence in London, after which he moved to New York where he stayed until 1995. Today, Pan lives and works in Bolzano. Robert Pan has been featured in solo and group exhibitions internationally. His works are included in various public and private collections.