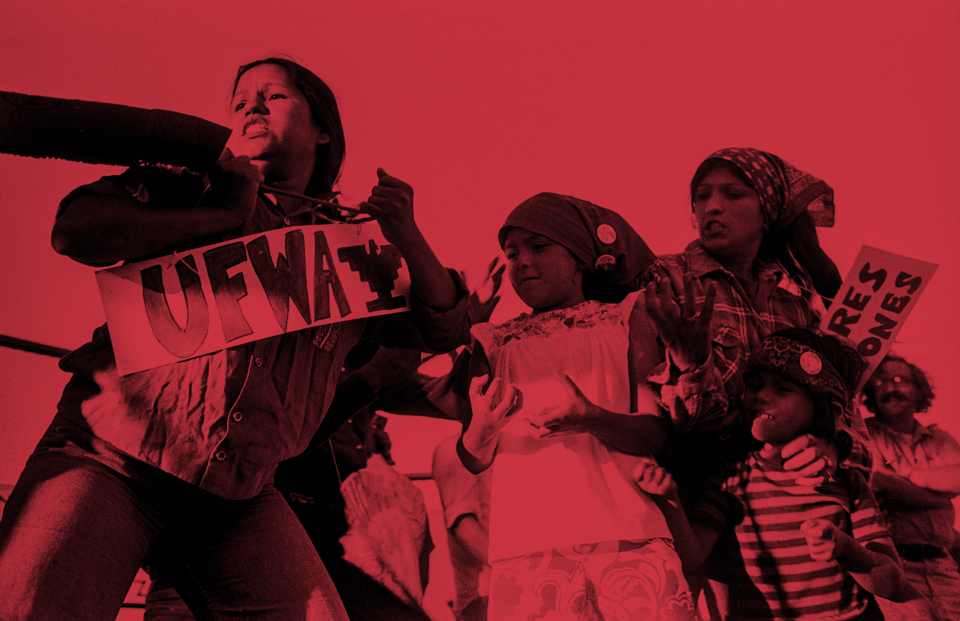 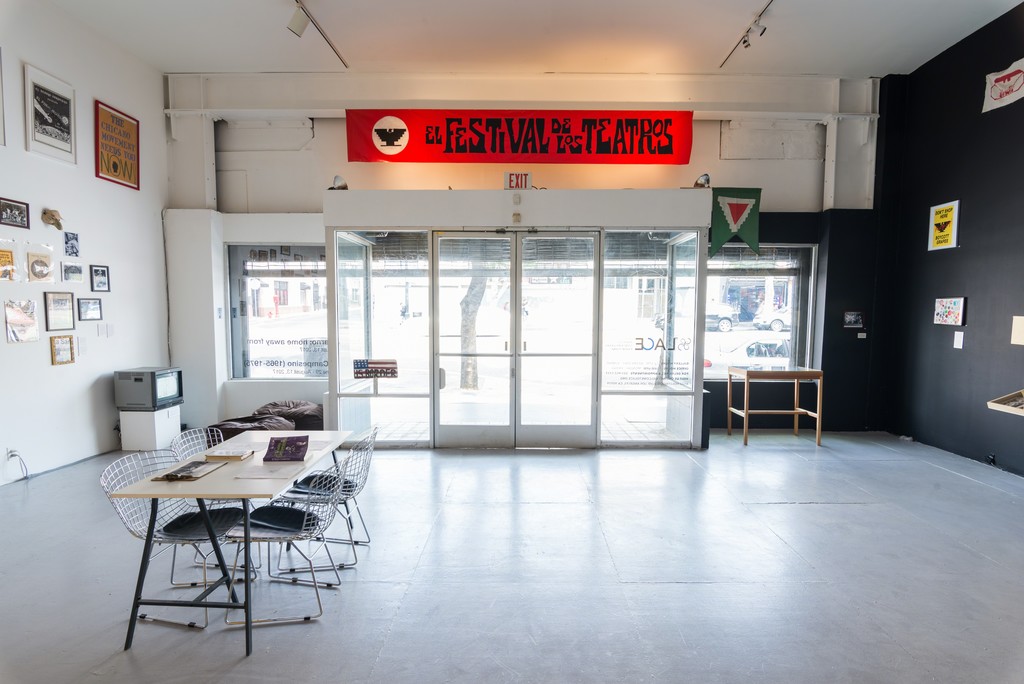 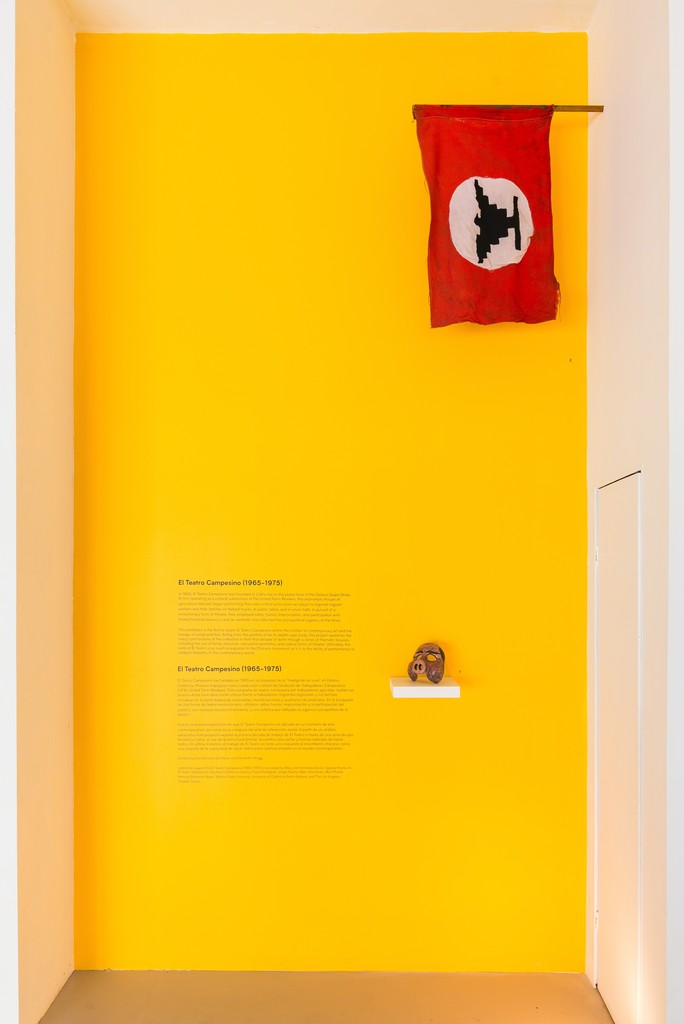 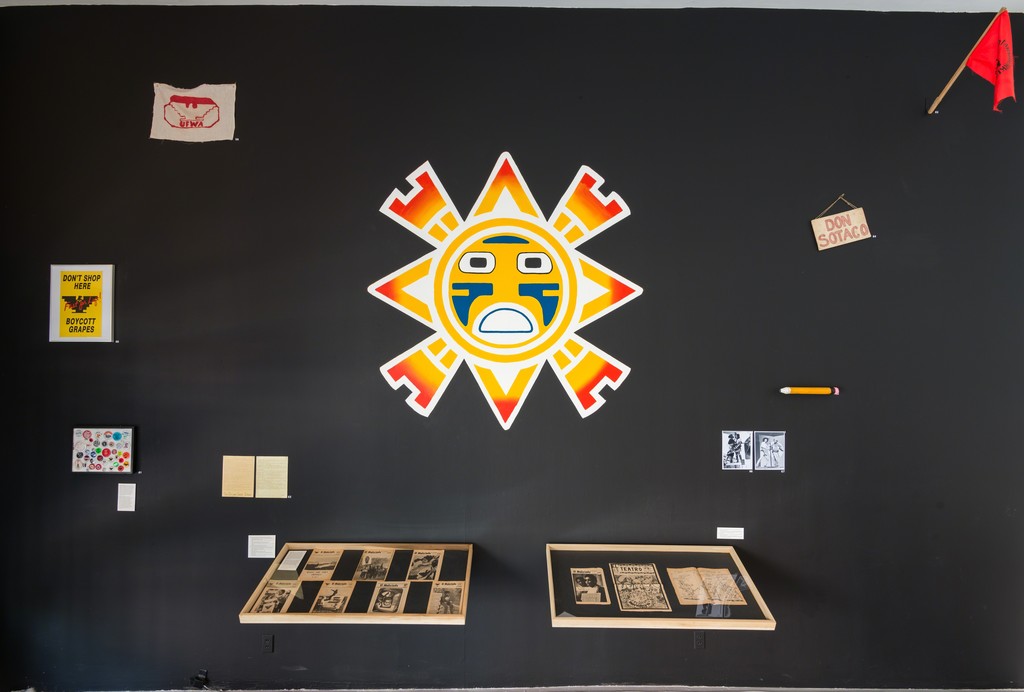 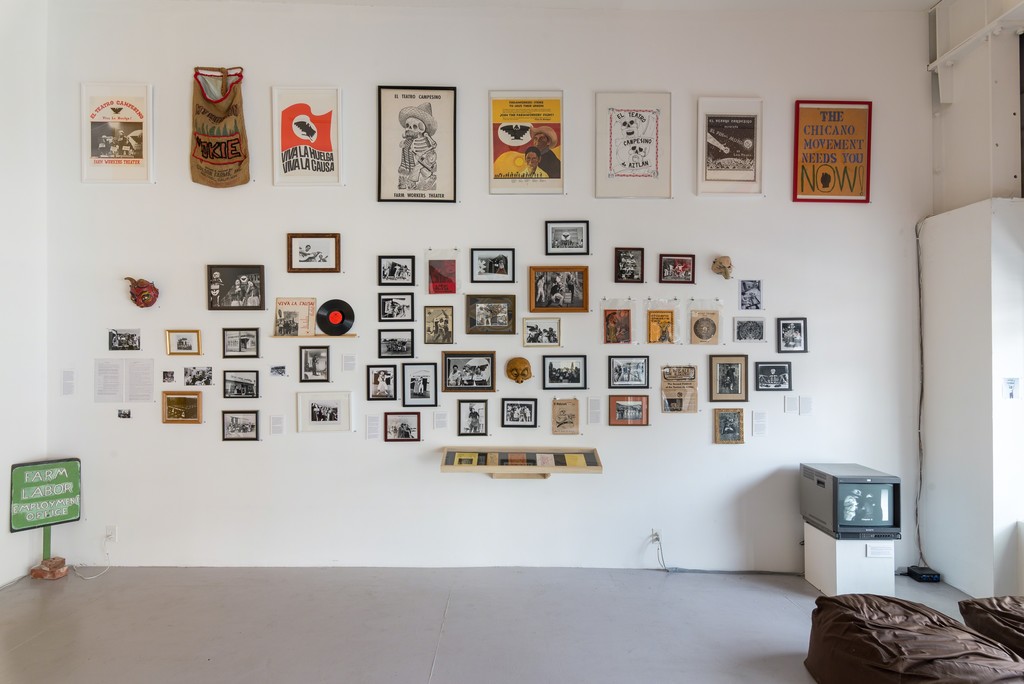 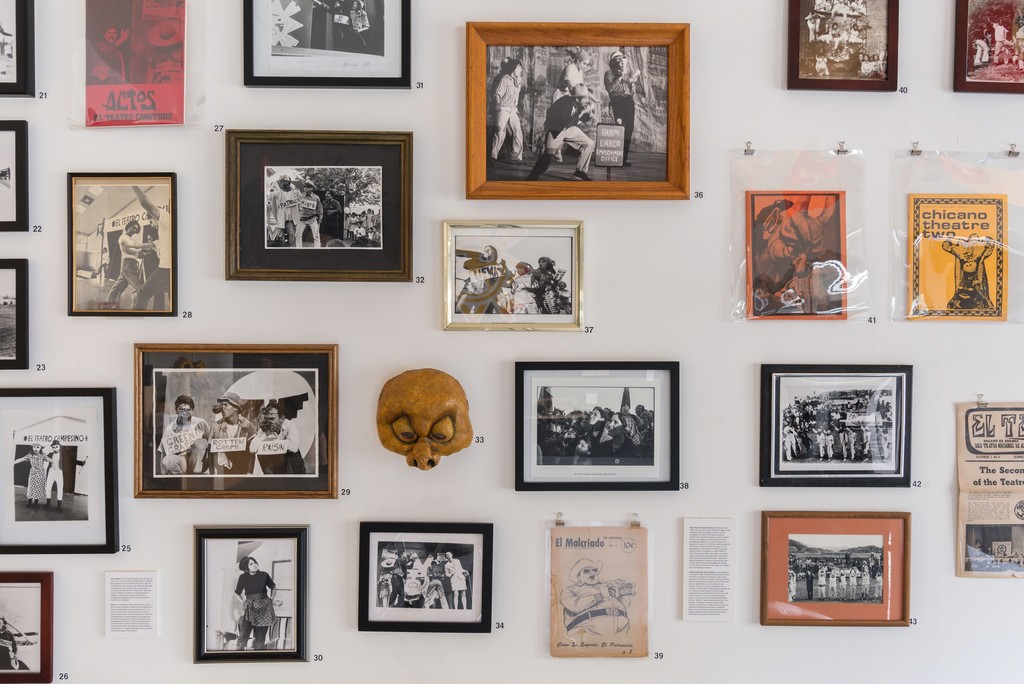 El Teatro Campesino, was founded in 1965 in Delano, California on the picket lines of the Delano Grape Strike, organized by Cesar Chavez’s United Farmworkers Union. The company began touring their work to farms throughout Central California, where they performed their own critical actos (one-act plays). Each functioned as a strategy to educate and inform Chicano and Mexican farmworkers that had been exploited by their own political and social circumstances.

This exhibition explores collaborative, inventive, resourceful, and community-based labor, presently defined as social practice that Teatro Campesino developed to educate and empower the farmworkers of Delano between 1965-1985. Founded by Luis Valdez, the work of the Teatro has influenced the history of Chicano labor rights as well as radical performance art in California. This exhibition looks to the historical formation of the Teatro Campesino as utilizing parody and satire to combat the realities of injustice.

Operating from the position of an in-depth case study, the exhibition serves as a platform or community center for the better understanding of the Teatro and its contributions to the history of social practice.