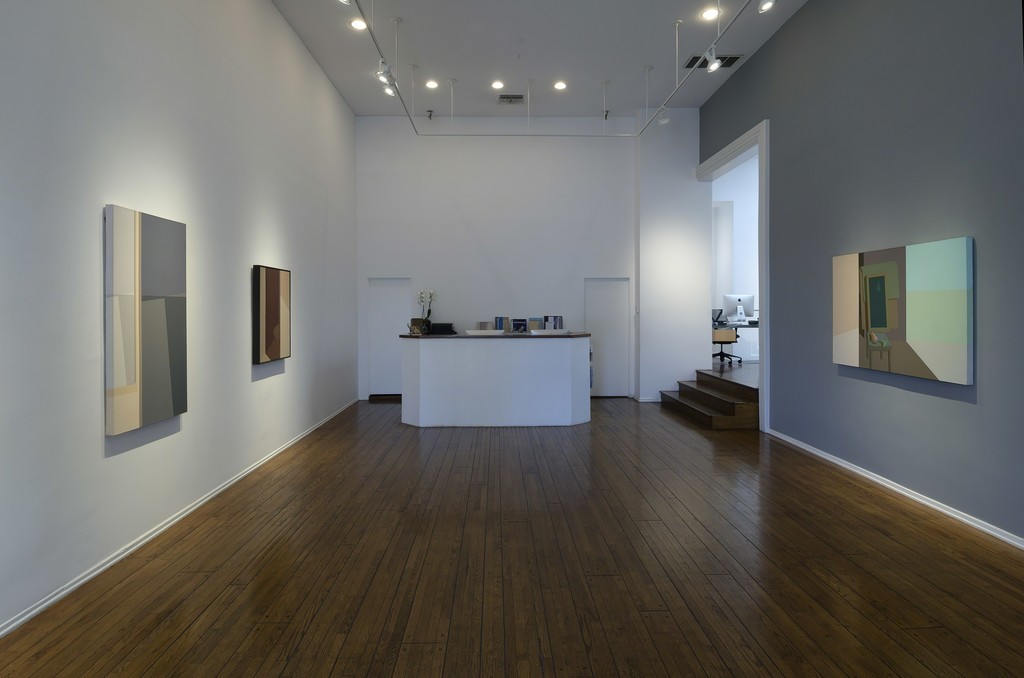 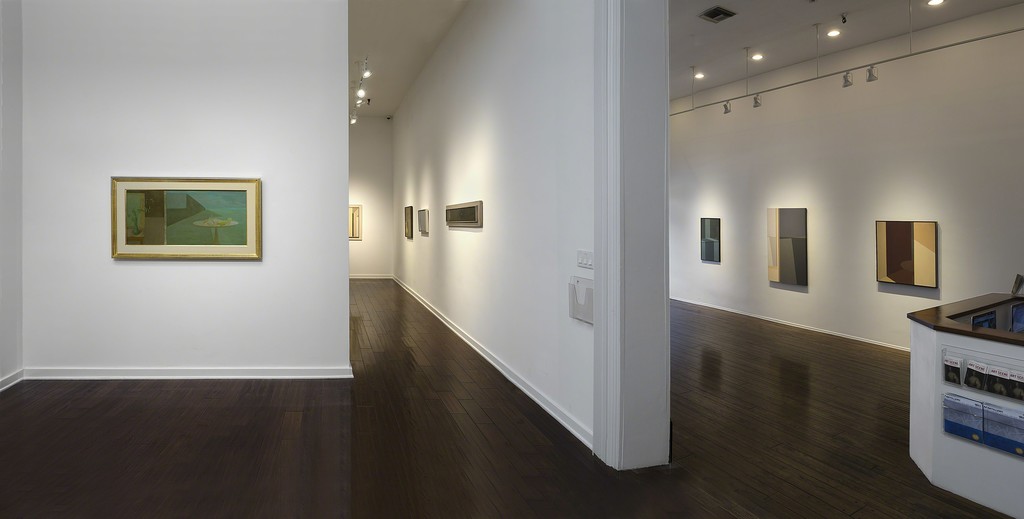 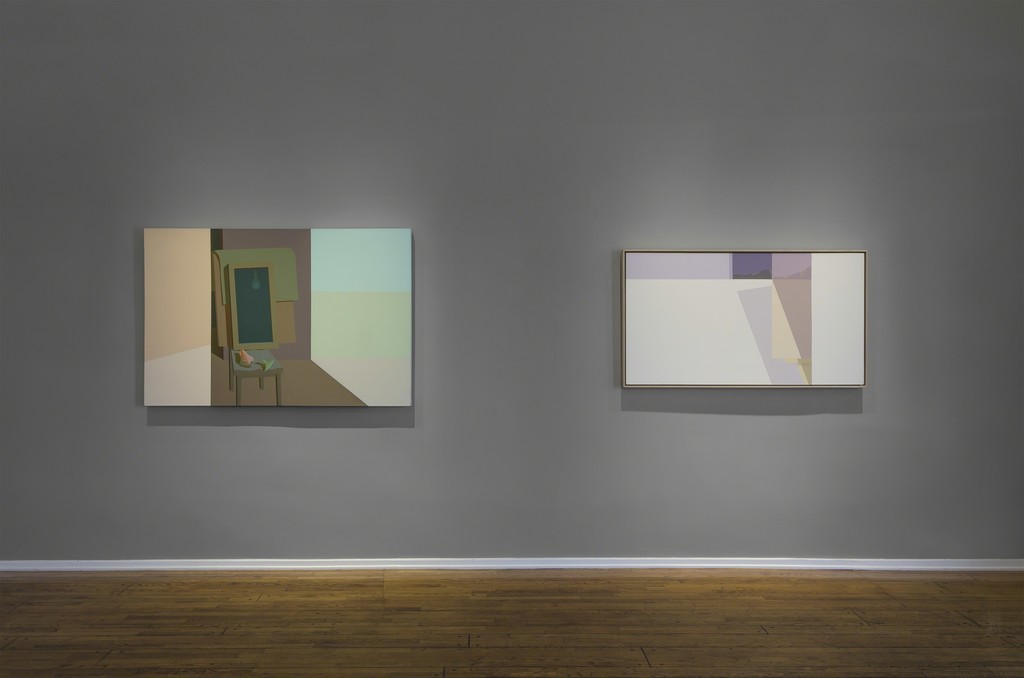 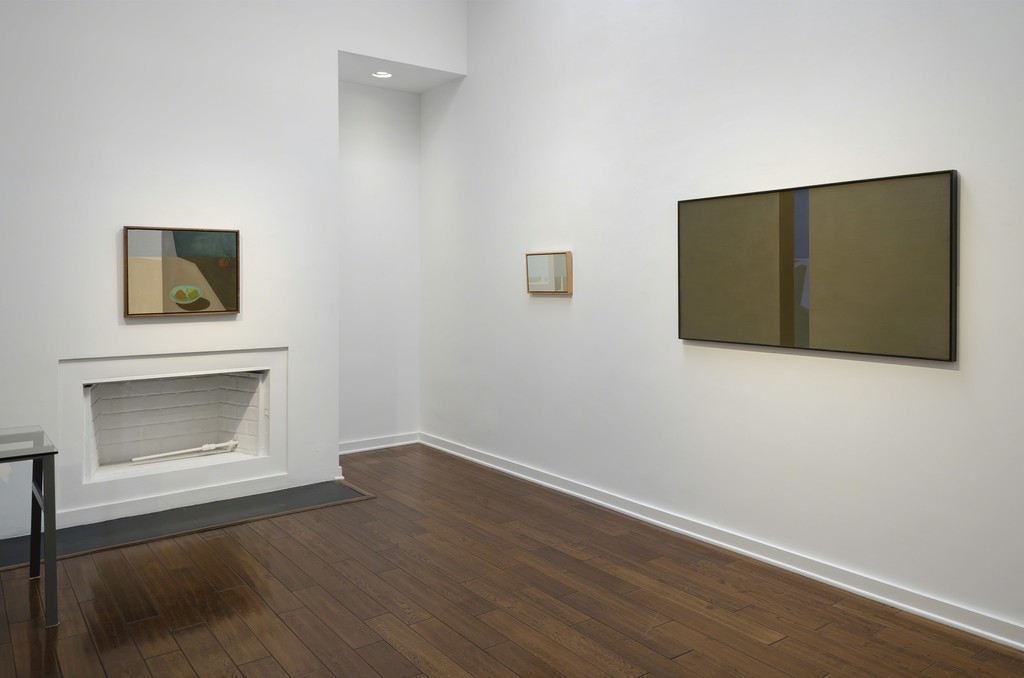 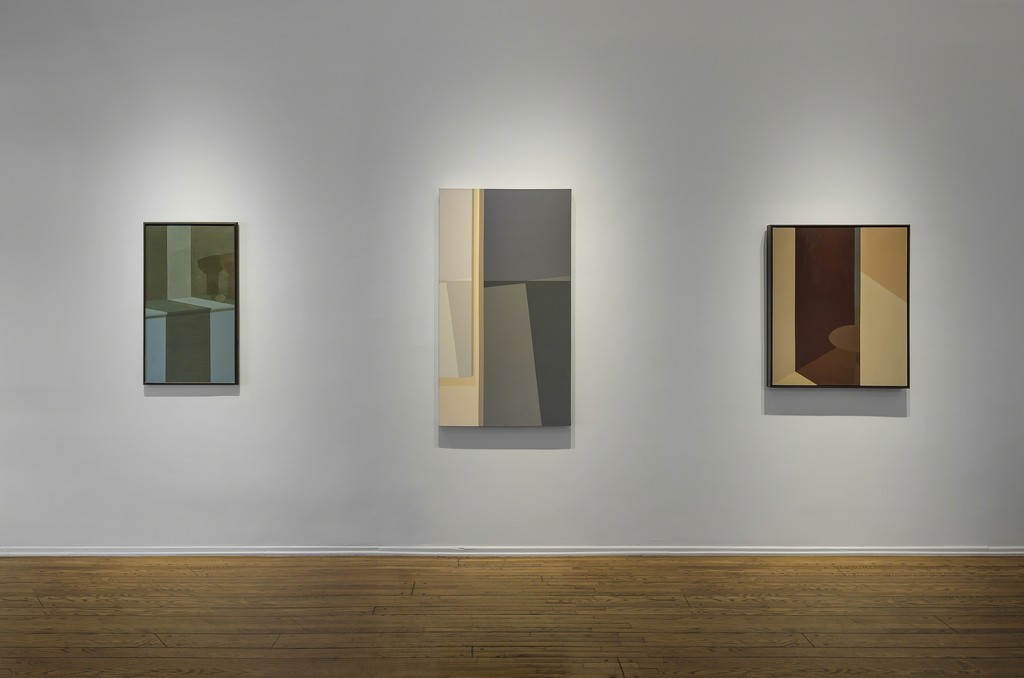 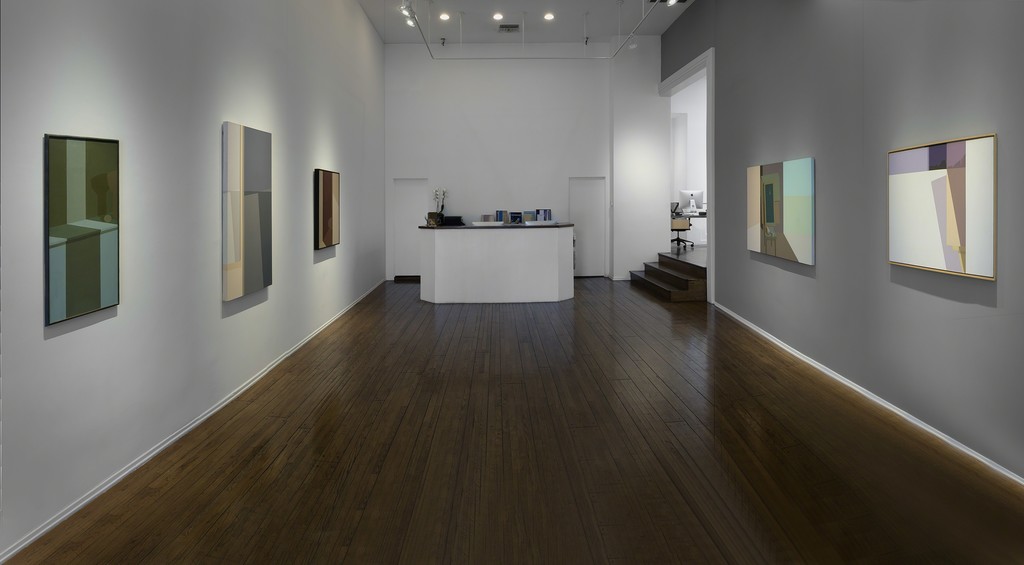 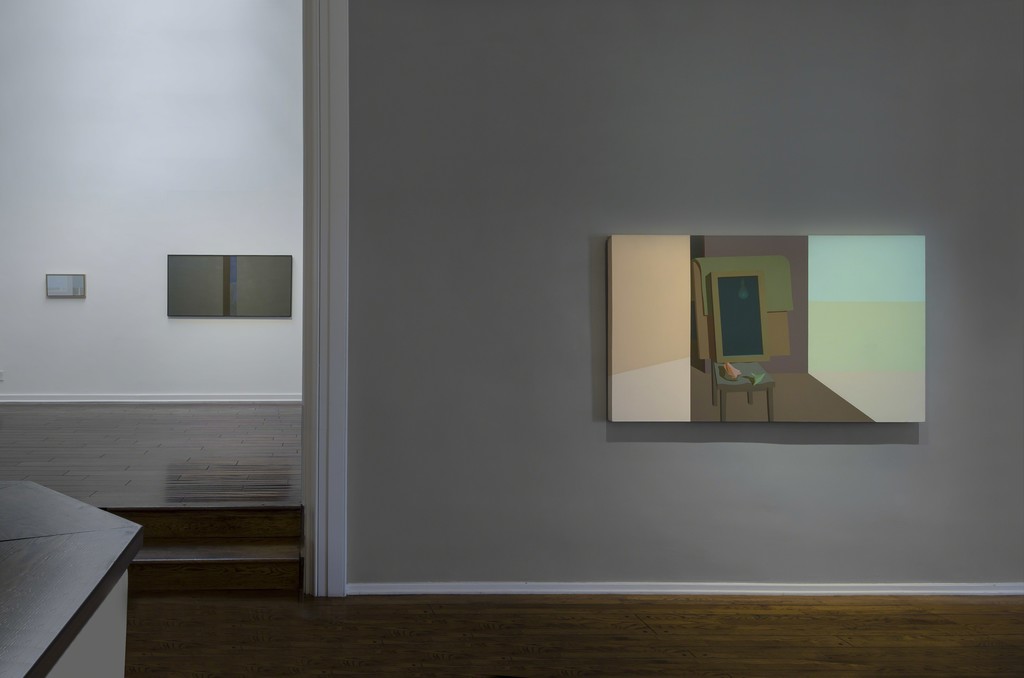 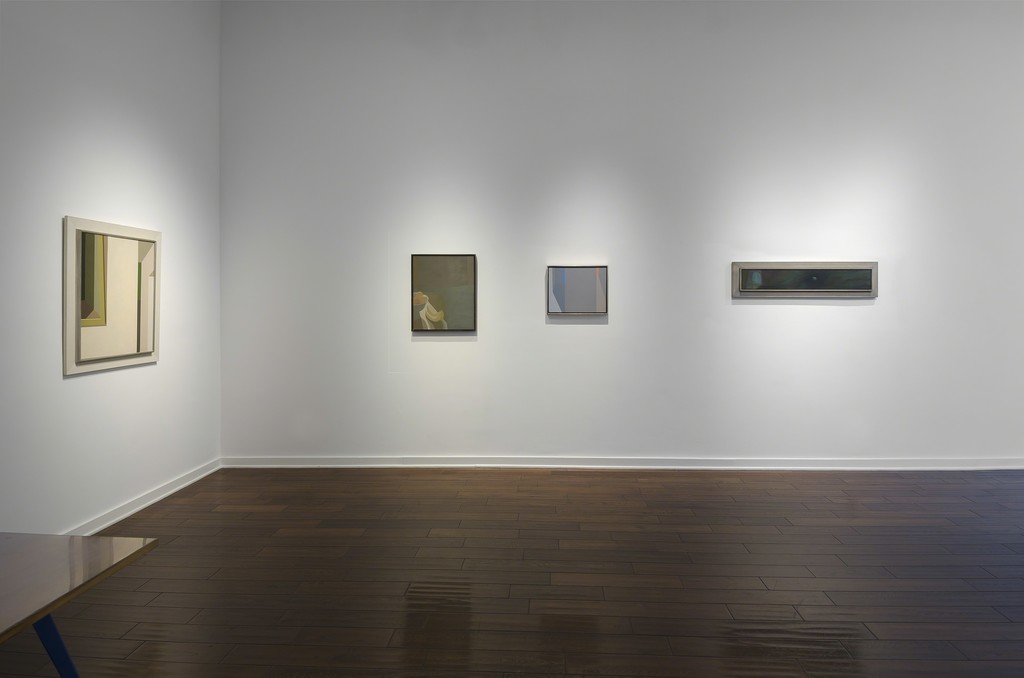 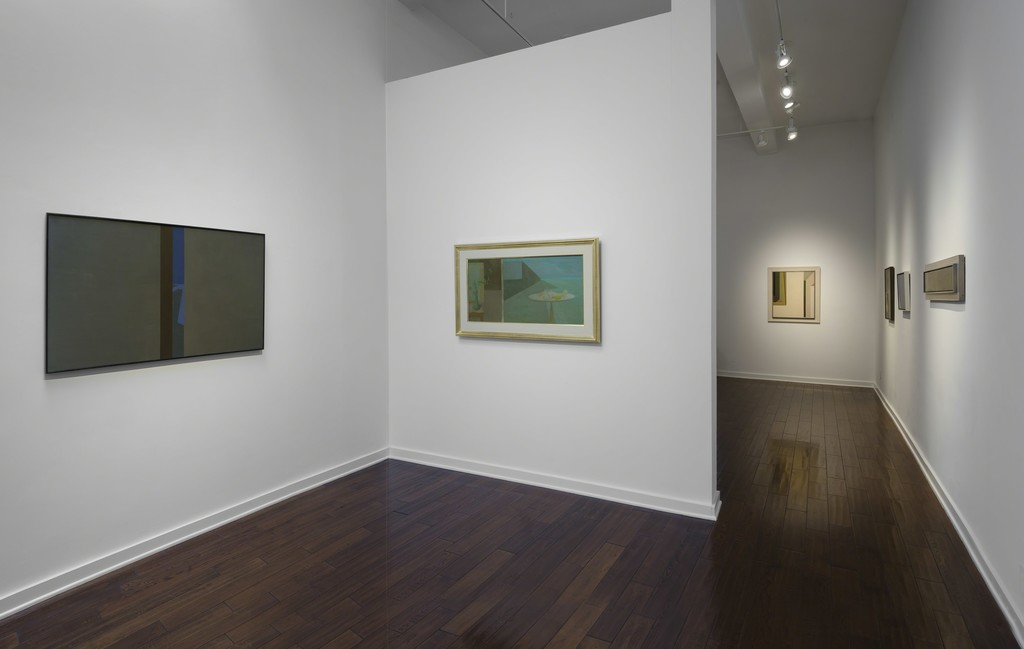 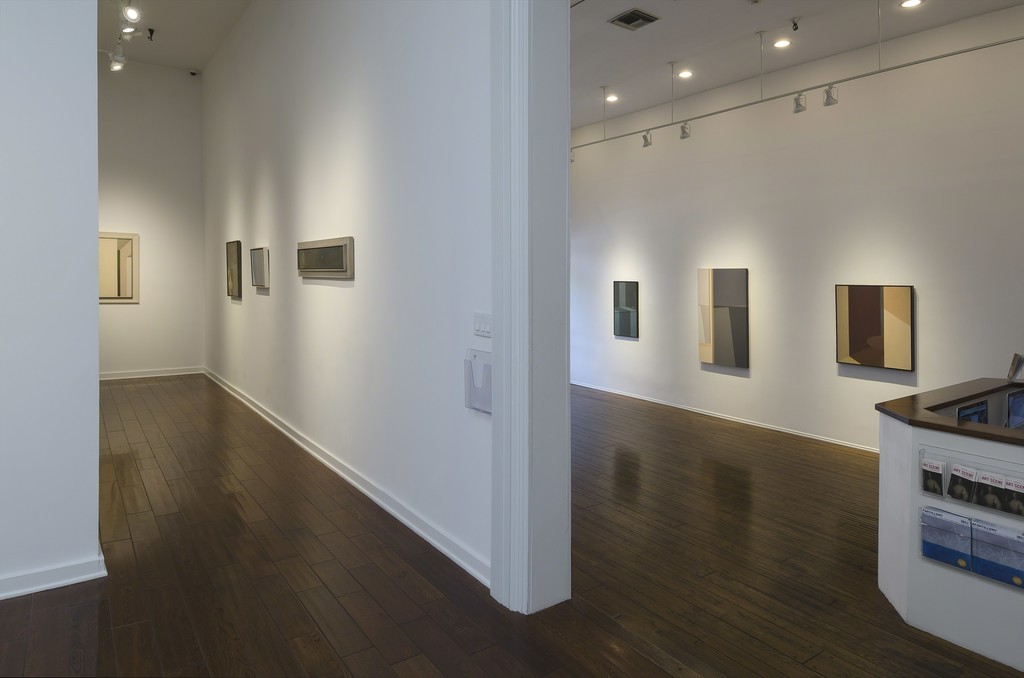 Beginning with her Post-Surrealist work in the 1930s and continuing throughout her career, Lundeberg utilized ambiguous interior spaces to stage a series of images, carefully organized to evoke guided contemplation within the viewer. The unusual arrangement of ordinary objects, set within spaces just outside the realm of decipherable form, provokes a response of simultaneous recognition and unfamiliarity. Lundeberg wrote of one such painting: “Every element functions to create the emotional entity of the picture…seeking, and failing to find, a rational significance and relationship of these forms to each other and to their surroundings, the mind takes refuge in a sort of mysticism. The commonplace objects take on a strangeness, a meaning which cannot be analyzed.”

In 1950, Lundeberg entered a new stage of her work, when her interior spaces began to function as mystical entities unto themselves. Flat, hard-edged shapes are meticulously placed to suggest shadows, corridors, and ambiguous indoor and outdoor spaces. Sometimes self-referential, portraying paintings within paintings, the works draw the viewer down shadowy paths and invite them to peek out at glimpses of abstracted waterways or grand mountain ranges. Objects such as tables, cups, and pieces of fruit continue to recur as meditative items, at once inviting and arcane. Morphing under observation, these compositions hover in the liminal space between the ordinary and the inscrutable, imbuing the everyday with an air of mystery.

Lundeberg was not a traveler by nature; even her soaring landscapes and elegant architectural facades were largely invented, assembled from observation in her own vivid mind’s eye. Labyrinthine and cryptic, these atmospheric paintings give shape to the enigmatic pathways and ambiguous spaces in the artist’s mind, while inviting viewers to explore their own.

Louis Stern Fine Arts is the exclusive representative of the Estate of Helen Lundeberg.