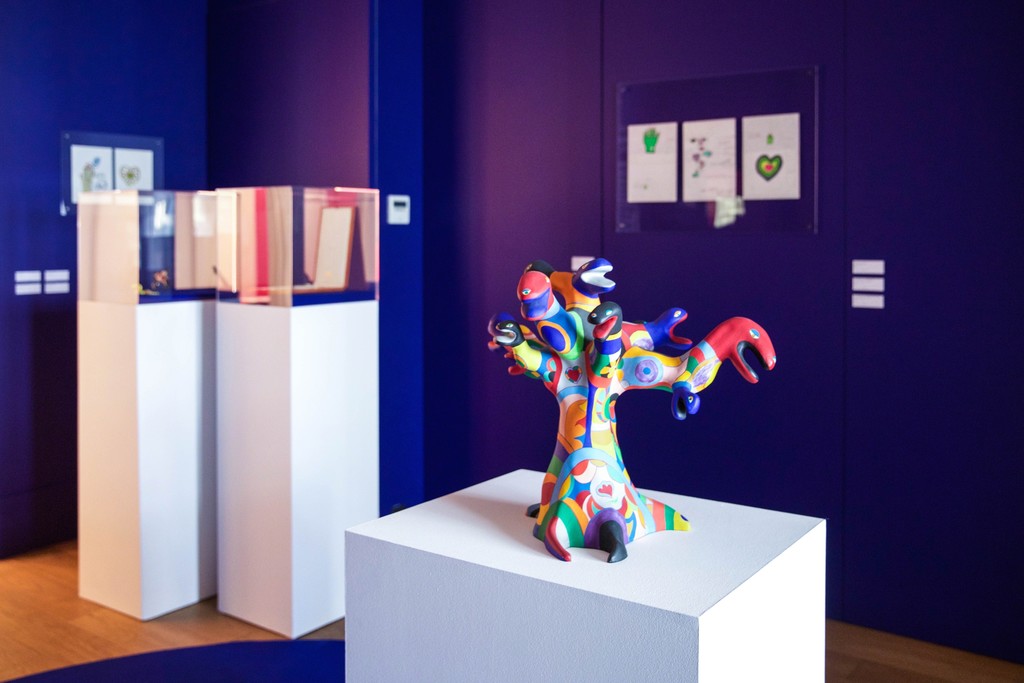 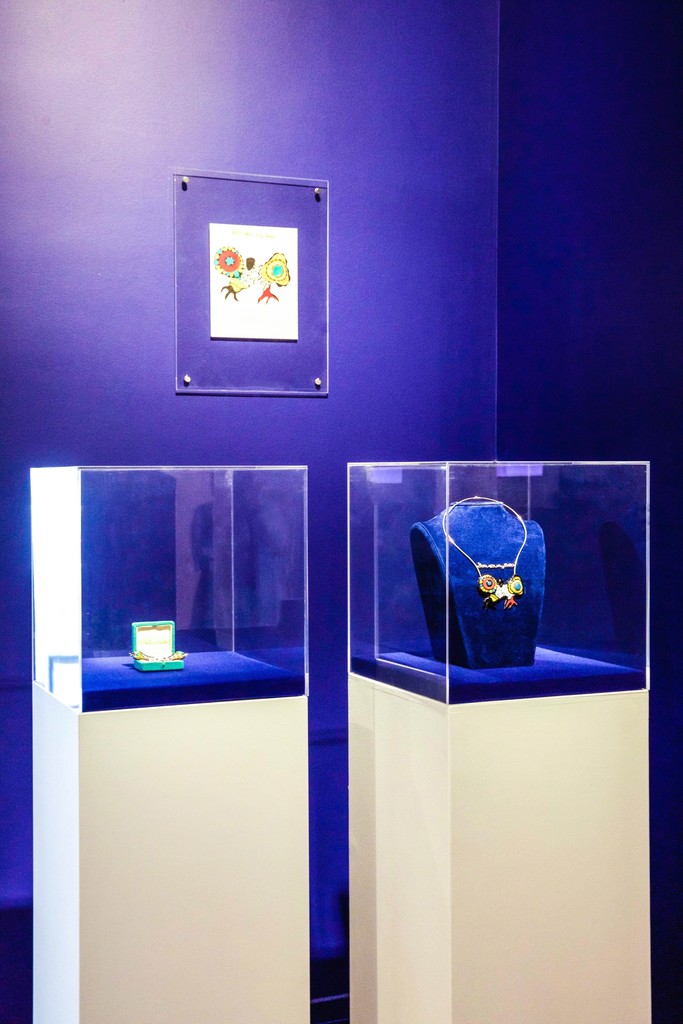 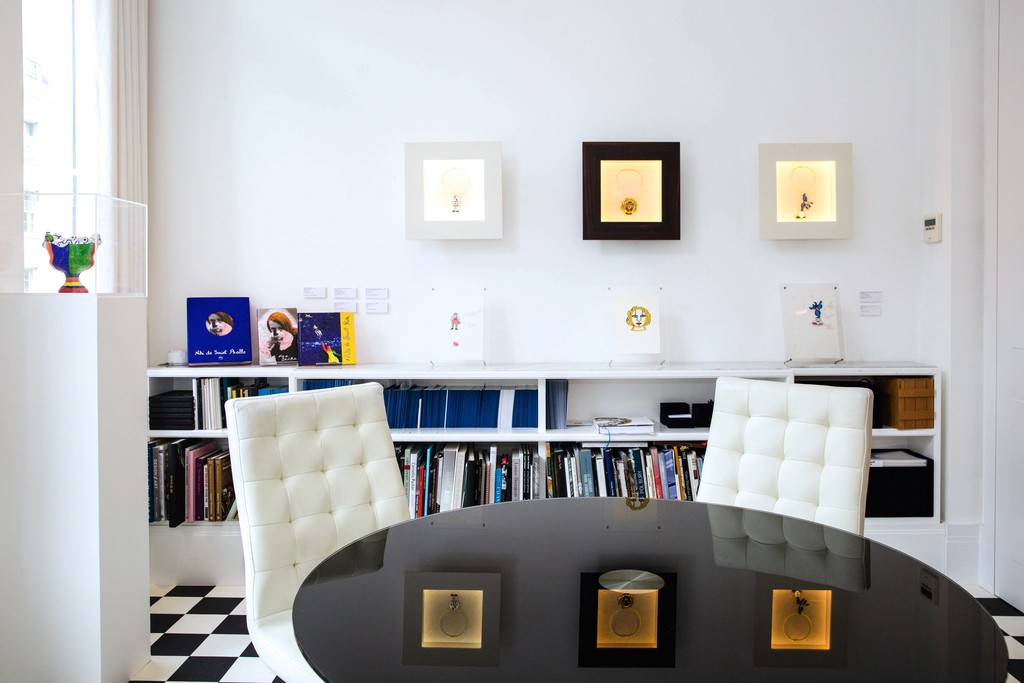 Saint Phalle’s work is universal “Everybody loved her; Niki was talented and creative, driven and determined” says Guinness “She was a self taught artist who stood firmly for freedom and freedom of expression; be it women’s rights or civil rights. She was a thoroughly modern woman who paid little attention to minimalism. Her ‘Outsider Art’ is now outsider only so far as you do not need to be an “insider” to understand its message”.

Land of the Free celebrates this Great artists’ staggering ability to translate her powerful visual language into almost any medium or scale. As well as her lesser known wearable sculpture, the show will include unique and editioned large scale sculpture and functional objet. All jewellery edited by GEM MONTEBELLO editions was designed by Niki between 1970 and 1978. Between 1967 and 1978 Montebello worked with some of the finest artists of the 20th century to create jewellery, including Lucio Fontana, Man Ray and Jesus Rafael Soto. Montebello and Saint Phalle started working together in the early 1970s after mutual friends put them in contact. They subsequently became close friends. Niki had plans to make more pieces of jewellery with him and drawings of these unrealised works will also be included in this exhibition.