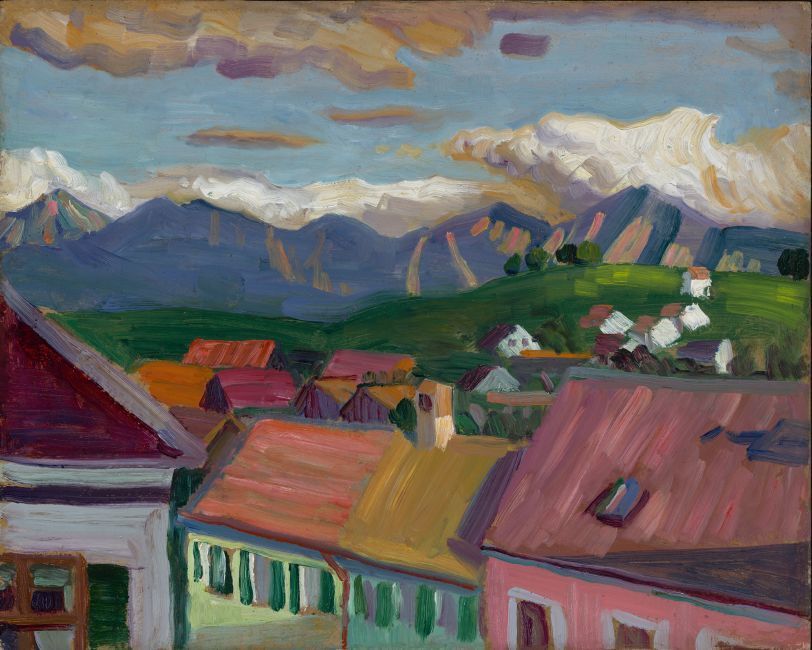 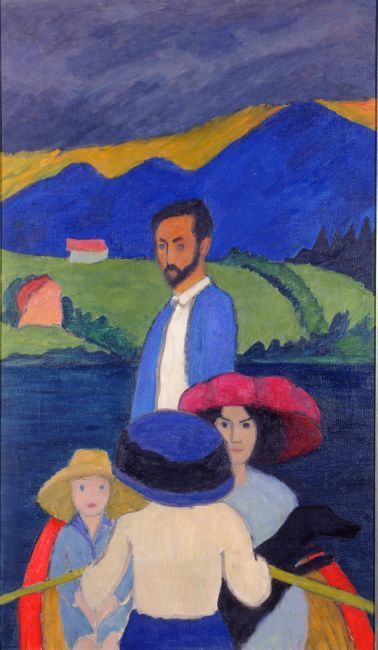 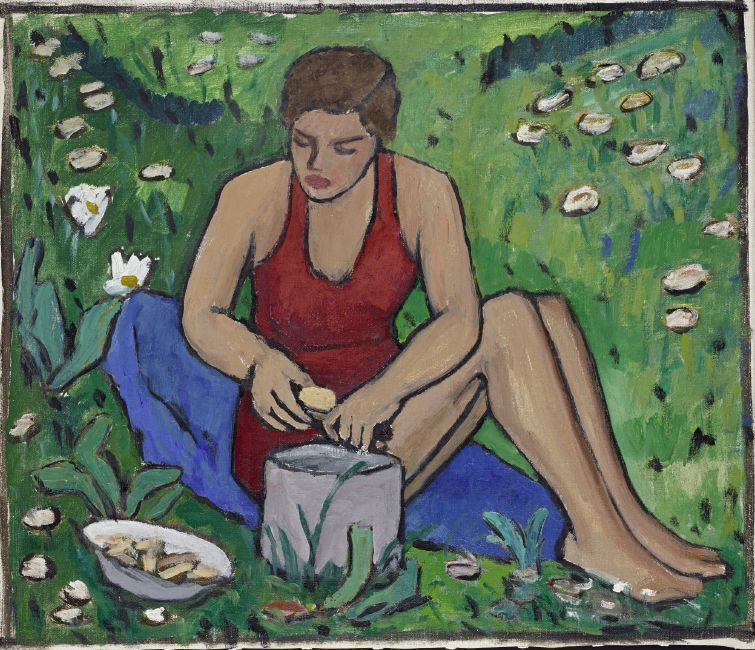 Gabriele Münter 3 May - 19 August 2018
Three years ago the well-reputed German art - Das Kunstmagazin established the prize ‘Kuratorenpreis – Die Ausstellung des Jahres’, which is awarded each year to selected curators in recognition of their work. Among the nominees of the prize for 2017 are the curators Isabelle Jansen and Matthias Mühling from Städtische Galerie im Lenbachhaus for bringing a long, richly faceted artist’s life to the light with the exhibition Gabriele Münter. From May on, Louisiana will be showing 130 works from the artist’s extensive oeuvre, several of which have not been exhibited before. Hitherto the German painter Gabriele Münter (1877-1962) has not occupied much space in the history of art. Her work has usually been seen and interpreted in the context of German Expressionism and with the focus on her relationship and collaboration with Wassily Kandinsky (1866-1944) in the milieu around the artist group “Der Blaue Reiter” (1911-1914). Louisiana’s exhibition is the first comprehensive retrospective presentation of the painter for several decades. With this exhibition Louisiana wishes to help widen the narrow view of Münter’s work by opening up new aspects of her multifaceted work and bringing out its stylistic diversity and artistic independence. Gabriele Münter was a photographer before she was a painter. She took her first pictures around 1900, during a stay in the United States. Camera in hand, she started by capturing and recording “the world”, but soon after she began painting and never stopped—she worked on her art almost every day for the rest of her life. Gabriele Münter was an open-minded, experimental artist with an international network and wide-ranging exhibition activities. During the First World War she lived in Stockholm and in Copenhagen, where she had her artistic breakthrough in 1918 with her first large solo exhibition at Den Frie of 100 paintings, 20 glass paintings, etchings and wall paintings. During the sixty years of her artistic career she created more than 2000 paintings, several thousand drawings, watercolours, glass paintings, prints and around 1200 photographs, and today she is considered to have made a strong contribution to the art of the twentieth century. Much of what Münter created is still unknown, but that situation will now be remedied by this exhibition – a hundred years after Münter exhibited for the first time in Denmark. The exhibition presents a modern view on Münter’s whole painted oeuvre and offers both an overview of and insight into the artist’s work, which is presented in thematic sections – from the classic genres such as portraits and landscapes through interiors and abstractions to her interest in foreign cultures, folk art and children’s drawings. The approximately 130 works in the exhibition cover the whole of the artist’s active period. Many of the works have not been presented before; others were last shown many decades ago. Most of the exhibited works are loans from the painter’s estate, which is managed by the Gabriele Münter- und Johannes Eichner-Stiftung, supplemented by rare loans from private collections and museums in Europe and the USA. The exhibition has been organized in collaboration with Städtische Galerie im Lenbachhaus und Kunstbau and Gabriele Münter- und Johannes Eichner-Stiftung, München, and after Louisiana it will be shown at Museum Ludwig in Cologne. The exhibition has been supported by Konsul George Jorck og Hustru Emma Jorck’s Fond.
Further information on the exhibition is available from the curator Kirsten Degel or Susanne Hartz, Head of Press. A log-in for press photos can be ordered from Susanne Hartz by e-mail at [email protected] or phone at M +45 2858 5052.
Museum opening hours: Tuesday - Friday 11:00-22:00. Saturdays, Sundays and public holidays, 11:00-18:00. Mondays closed. Louisiana website: www.louisiana.dk. Louisiana Channel: http://channel.louisiana.dk/. Republic of Fritz Hansen and Nørgaard på Strøget. Louisiana’s Main Corporate Partners. UBS supports Louisiana’s exhibition programme. Realdania. Sponsor for Louisiana’s architectural exhibitions. The C. L. David Foundation and Collection supports among other events Louisiana Literature, Louisiana Live and Louisiana on Paper. Yours sincerely Susanne Hartz Head of Press