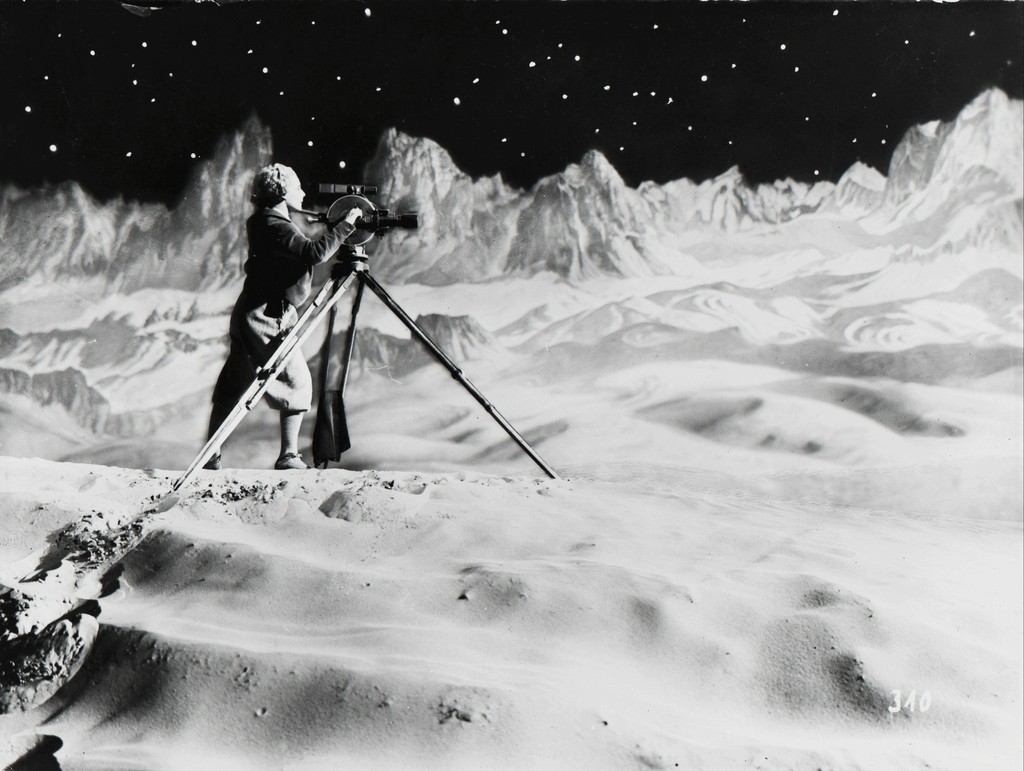 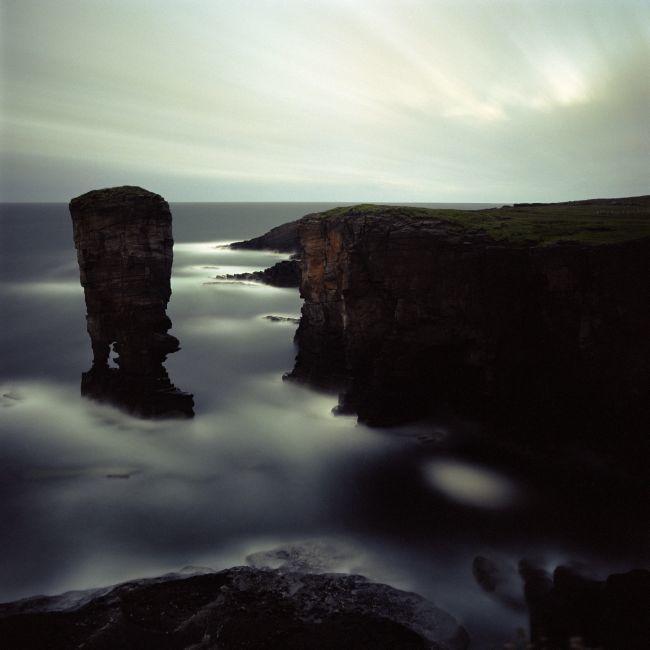 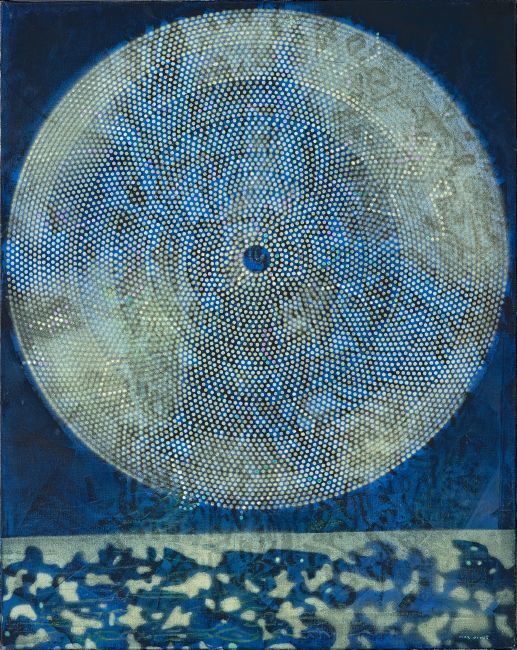 This autumn’s major exhibition at the Louisiana Museum of Modern Art occupies the South Wing of the museum with a comprehensive cross-aesthetic exhibition about one of the great themes of our culture, the moon. The exhibition, which consists of more than 200 works, paints a multifaceted picture of the earth’s only natural satellite through art, film, music, literature, objects from cultural history, design, architecture, science and astronomy.

The exhibition has been put together by curator at Louisiana, Marie Laurberg, who in recent years has engaged in in-depth research on the significance of the moon for art and culture from Romanticism to contemporary art – and has developed the exhibition in dialogue with a number of institutions in other disciplines.

The exhibition has been organized by the Louisiana Museum of Modern Art, Humlebaek and will be shown subsequently at Henie Onstad Kunstsenter in Oslo.

The moon
As the only celestial body whose surface can be seen with the naked eye from earth, the moon has fascinated artists and writers for centuries. Its round white disc has been an open projection surface for myths, imaginings and dreams. When we look out into space, we also see ourselves – and the moon, as absolute otherness, becomes a mirror of the human. Here science and folklore, fiction and technology, existential searching and the urge towards economic expansion all meet. The Moon – From Inner Worlds to Outer Space is an exhibition that mixes the images of art with material from cultural and natural history to emphasize the quest for knowledge and awareness that art shares with other cultural spheres. Through six thematic sections the exhibition shows how changes in the modern Western imagination colour our images of the moon.

At once remote and within reach, the moon is our gateway to a larger universe. It is only a few days’ journey away, so close that the patterns on its surface have preoccupied moonwatchers all over the world. But at the same time it points to the vast infinity that opens up in the darkness behind it: the cosmos, which fundamentally exceed the comprehension of humanity. Perhaps for that reason, the moon remains one of the great basic motifs of our culture. On the one hand it is a symbol of Romantic yearning; on the other it is a natural first stop for space missions. The moon is both – an important icon, where outer space and inner worlds meet.

50th Anniversary of the Apollo 11 Moon Landing
Louisiana’s exhibition leads up to the 50th anniversary of the first manned moon landing, Apollo 11, in 1969, and the moon landing will be one of the focuses of the exhibition, as a provisional culmination of the deeply rooted cultural conceptions that were invested in the space race. The moon landing was not only a techno-logical breakthrough; it was a spectacular and thoroughly aestheticized event that was transmitted and distributed globally in images – and was both anticipated and interpreted in the visual art and the broader visual culture of the 1960s. At the official invitation of NASA, the American artist Robert Rauschenberg was present at the Apollo 11 launch and writes in his collage work Stoned Moon Book from his time there: “My head said for the first time moon was going to have company and knew it.” The work has been lent out by the Robert Rauschenberg Foundation in New York and is one of the exhibition’s many works that has rarely or never been exhibited before in Scandinavia.

THEMES
The exhibition is organized in six thematic sections which together paint a multi-faceted portrait of the moon and its significance for modern culture:

Moonlight
The distinctive light of the moon has preoccupied visual artists for centuries and is a fundamental motif in the landscape painting and poetry of Romanticism. Interestingly, the Romantic fascination with the moon arises in the very years when the invention of new, artificial lighting technologies gives the moon competition as the primary source of light at night. For painters like C.D. Friedrich, Joseph Wright of Derby, J.C. Dahl and C.W. Eckersberg, the frailty of human life is contrasted with the moon’s eternal light. In contemporary art moonlight is thematized by artists like Katie Paterson and Darren Almond as an experience of nature that is disappearing with the increasing contamination from artificial light.

Selenography
The scientific description of the moon’s surface – called after the Greek moon goddess Selene – arose at the beginning of the seventeenth century when the Italian Galileo Galilei studied the moon through a telescope and published his discoveries in a work that refuted conventional religious dogmas and made the firmament an object of scientific study. In subsequent centuries, ever more detailed maps of the moon have provided knowledge of its physical nature. One room in the exhibition tells the story of this increasing mapping with a selection of items that ranges from Galilei’s original watercolours over the beautiful, handmade maps of the 1700s to the very newest, minutely detailed images of the moon’s surface published by NASA.

The Moon of Myth
The moon is the object of scientific study, but it is also above all the domain of the imagination. Mankind looks up and makes up stories: nearly all cultures have myths, gods or rituals associated with the moon – and art and folklore are both rich in ideas of how the moon affects the human body and psyche. This thematic section explores the moon of myth in a dialogue of moon-gods, folklore, urban myths and the surrealistic art of among others Salvador Dalí, Max Ernst, Joseph Cornell and Remedios Varo. Younger artists too, such as Marie Kølbæk Iversen and Camille Henrot, investigate the role of the moon as a point of intersection between inner and outer space.

The Moon Landing
In 1957, when the Soviet Union put the first artificial satellite, the Sputnik, into orbit around the earth, an intense space race was begun between the great powers of the Cold War, and culminated when the first human being set foot on the moon in 1969. In the years around Apollo 11 the race for the moon completely
dominated the cultural agenda as its philosophical implications exercised the great artists of the period – with equal proportions of optimism about progress and ideological critique. Among other things the exhibition shows Robert Rauschenberg’s works from his time at NASA, the Austrian Kiki Kogelnik’s paintings of women floating in outer space, and the Frenchman Yves Klein’s ‘planetary reliefs’ – works that were meant to give a spiritual dimension to a space age which otherwise, in the view of the artists, risked reducing mankind to tourists in space.

The Colonization of Space
Who owns the moon? Although a UN treaty defines outer space as the common property of mankind, today we are seeing the contours of a new space age. The moon is no longer just a goal in itself, but a launching
platform for missions farther out into the universe, and nations and private corporations are both exploring the possibility of moon bases and mining activities in outer space. In this section we look at the colonization of space through among other things Foster + Partners’ moon base for ESA, Neri Oxman’s experimental space suits and the artist Trevor Paglen’s photographs of the secret spy satellites that hide among the stars of the night sky.

Deep Time
The ecological crisis on earth has led researchers to the conclusion that we are now in a new geological age, ‘the Anthropocene’, in which humans influence the Earth on a planetary scale. How can art capture the time of the planet, the deep time that transcends human comprehension? In this section we show among other things the artist Hiroshi Sugimoto’s photographs, which track the orbit of the moon as a band of light across the night sky, and Alicja Kwade’s abstract sculptures, which translate motifs such as gravity fields and planetary orbits into stone and steel. In addition the section shows a selection of rocks, meteorites and fossils which together speak of the origins of the solar system and the genesis of the moon itself. In order to approach this deep time, a new generation of artists are today turning their gaze towards the moon, the companion of the earth, which as an outpost on the way to the cosmos, has opened up the potential for reflection on the frailty of existence, cycle after cycle, generation after generation.

Louisiana Revy and Louisiana Magasin
In connection with the exhibition a richly illustrated catalogue in Danish and English is published in the form of Louisiana Revy vol. 59 no. 1, 2018 with a foreword by Poul Erik Tøjner, texts by curator Marie Laurberg, the archaeo-astronomer Ed Krupp, the art historian Stephen Petersen and the astrophysicist Anja Cetti Andersen, as well as literary contributions by Italo Calvino and others.
Louisiana Magasin, no 48, April 2018,(only in Danish), also features an introduction to the exhibition The Moon – From Inner Worlds to Outer Space by curator Marie Laurberg, and a text by Laurie Anderson, who will create her own personal interpretation of the moon at the exhibition.

ARTIST TALKS – FULL MOON – PERFORMANCE
At the full moon during the exhibition period, Louisiana will hold special Full Moon lectures and performance art evenings. Free of charge to the museum’s visitors. It is advisable to reserve seating at www.louisiana.dk.

Thursday 13.9 at 19:30, Louisiana Cinema
Artist talk: The American artist Tom Sachs talks about his artistic work; over the past two decades he has developed his own space programme. (In English).

Wednesday 19.9 at 19:00, Louisiana Concert Hall
Autumn Moon: Astrophysicist and Head of Presentations at the Tycho Brahe Planetarium, Tina Ibsen, will be lecturing on the formation of the moon and the latest scientific discoveries. Afterwards the public, accompanied by astro-guides, can observe the moon through a telescope (depending on the weather).

Tuesday 25.9 at 19:30, Louisiana Concert Hall
Full Moon: The curator of the exhibition, Marie Laurberg, talks about the ideas behind the moon exhibition, and Denmark’s first and only astronaut Andreas Mogensen talks about his experiences in space with the journalist Marc-Christoph Wagner.

Wednesday 24.10 at 19:30, Louisiana Concert Hall
Full Moon: The artist Olof Olsson has created a spoken-word performance about the Moon, and the astro-physicist and astronomer Anja C. Andersen talks about the moon in a scientific perspective.

Friday 23.11 at 19:30, Louisiana Concert Hall
Full Moon: The artist Marie Kølbæk Iversen shows a new music performance with full moon songs, and the researcher at the Center for Star and Planet Formation Martin Bizzarro talks about the formation and history of the moon and the earth (in English).

Sunday 20.1
Finissage: We close the exhibition and lead up to the next day’s total lunar eclipse with a ‘finissage’ event. The programme for the evening will be announced at Louisiana’s website and in the newsletter.

FILMS IN THE LOUISIANA CINEMA
The exhibition is accompanied by a film programme with the focus on the Moon in science fiction and experi-mental film.
Free of charge to the museum’s visitors.

Wednesday 3.10 at 19:00, Louisiana Cinema
Film: Fritz Lang’s The Woman in the Moon (1929) with a brief introduction. Lang’s fantastical moon expedition film combined the latest space research of the time with melodrama and espionage.
Duration: 169 min.

Wednesday 31.10 at 19:00, Louisiana Cinema
Film: Al Reinert’s For All Mankind (1989) with a brief introduction. The ultimate documentary film about the historic Apollo moon missions.
Duration: 79 min.

Wednesday 9.1 at 19:00, Louisiana Cinema
Film: Stanley Kubrick’s 2001 A Space Odyssey (1968) with a brief introduction. The film was a milestone in the science fiction genre and in the depiction of outer space.
Duration: 142 min.

The exhibition is supported by Aage og Johanne Louis-Hansens Fond.
Further information about the exhibition The Moon – From Inner Worlds to Outer Space is available from Curator Marie Laurberg or Head of Press Susanne Hartz. A log-in for press photos can be ordered at e-mail [email protected] or M +45 2858 5052.