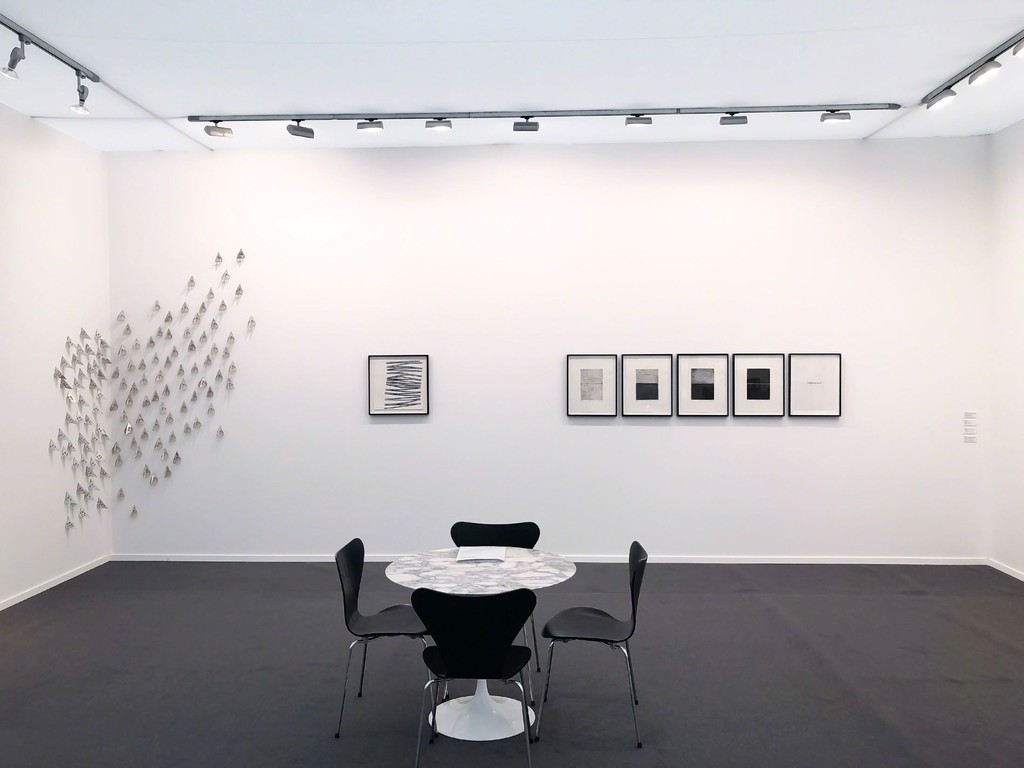 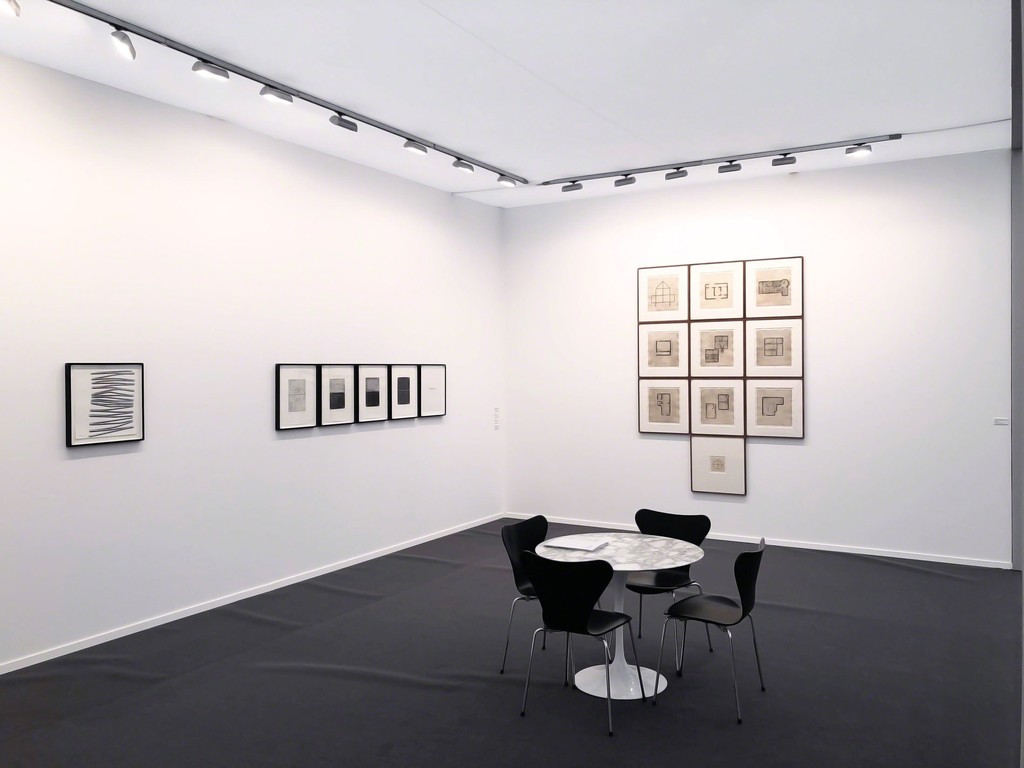 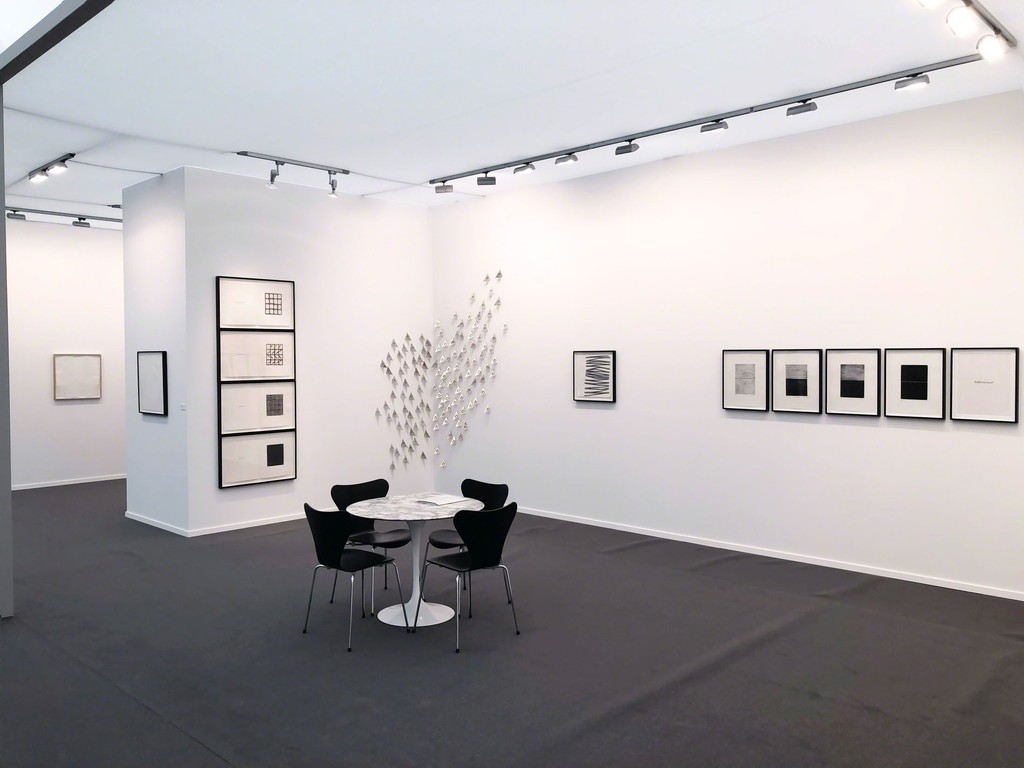 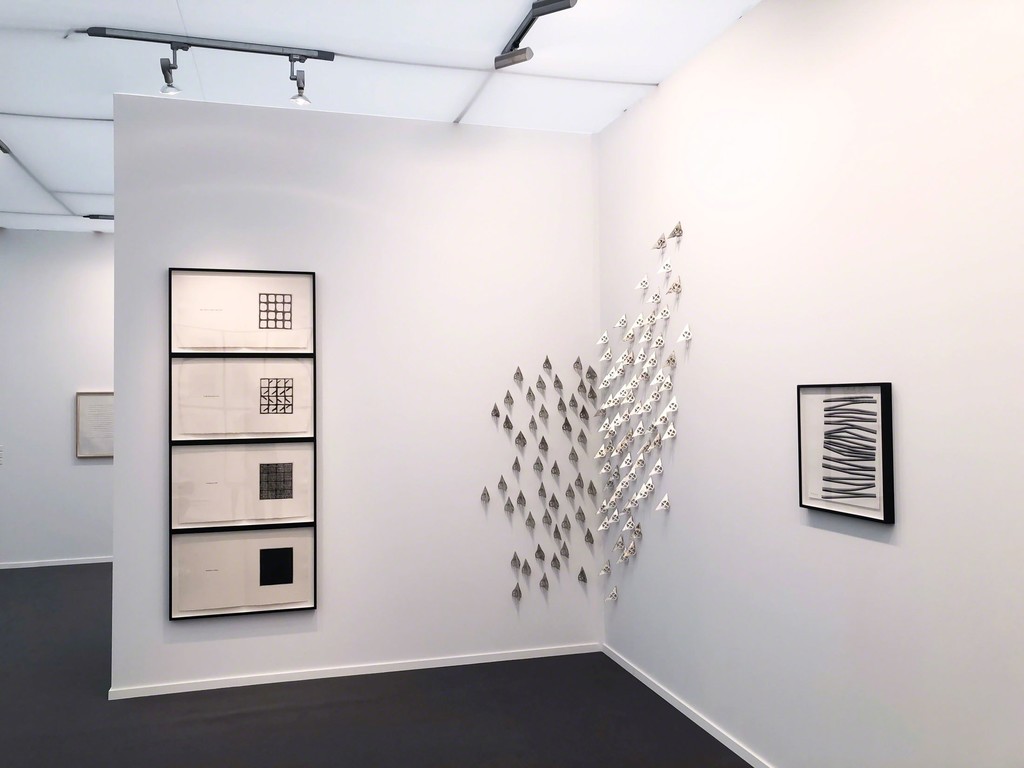 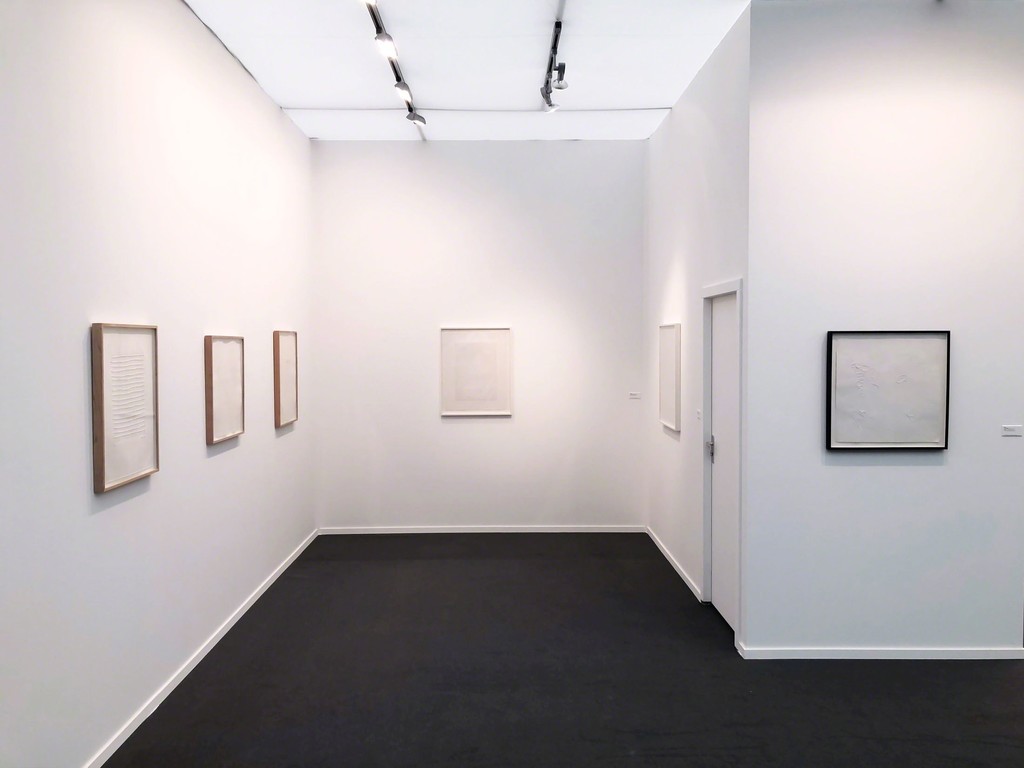 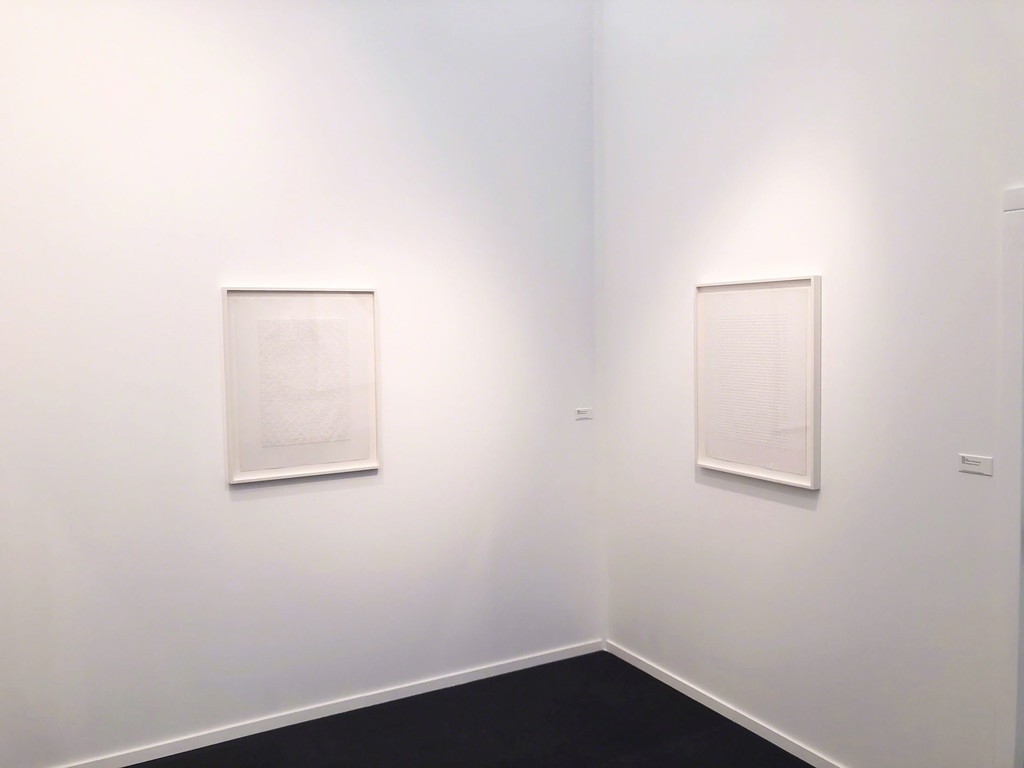 The work of Zarina is defined by her adherence to the personal and the essential. Her refined and minimalist aesthetic sensibility is informed by a love of architecture, geometry, and poetry, as well as an ongoing interest in texture and materiality. Best known as a printmaker, Zarina uses various techniques including intaglio, woodblocks, lithography, and silkscreen, and she frequently creates series of several prints in order to reference a multiplicity of locales or concepts. She has long been interested in the material possibilities of paper and in addition to printing on it, she creates works which entail puncturing, scratching, weaving, and sewing on paper. Zarina also creates sculpture using a variety of media such as bronze, aluminum, steel, wood, tin, and cast paper pulp. Her art poignantly chronicles her life and recurring themes include displacement, borders, journey, memory, and most importantly, home.

Our Frieze Masters 2018 booth will feature prints, works on paper, and sculpture from the 1970s onwards. The presentation will include several iconic print portfolios, most notably "Homes I Made / A Life in Nine Lines," a set of nine etchings, each of which depicts the floor plan of a specific home. They collectively trace her time in Bangkok, New Delhi, Paris, Bonn, Tokyo, Los Angeles, Santa Cruz, and finally New York, where she settled in the 1970s and continues to live today. Other important print series include "Santa Cruz," a meditation on the horizon line and solitude, and "House of Many Rooms," one of the few portfolios to include poetic text and images, both by Zarina. We will also present several white works from the 1970s such as her “pin drawings” – unique works on paper which have been laboriously and meticulously punctured to create abstract patterns.

Zarina (b. 1937) was born in Aligarh, India and currently lives and works in New York. After receiving a degree in mathematics, she went on to study woodblock printing in Bangkok and Tokyo, and intaglio with S. W. Hayter at Atelier-17 in Paris. She has exhibited at numerous venues internationally including representing India at the 2011 Venice Biennale, and her retrospective exhibition entitled "Zarina: Paper Like Skin" was presented at the Hammer Museum, Los Angeles in 2012, and at the Guggenheim, New York, and the Art Institute of Chicago in 2013.