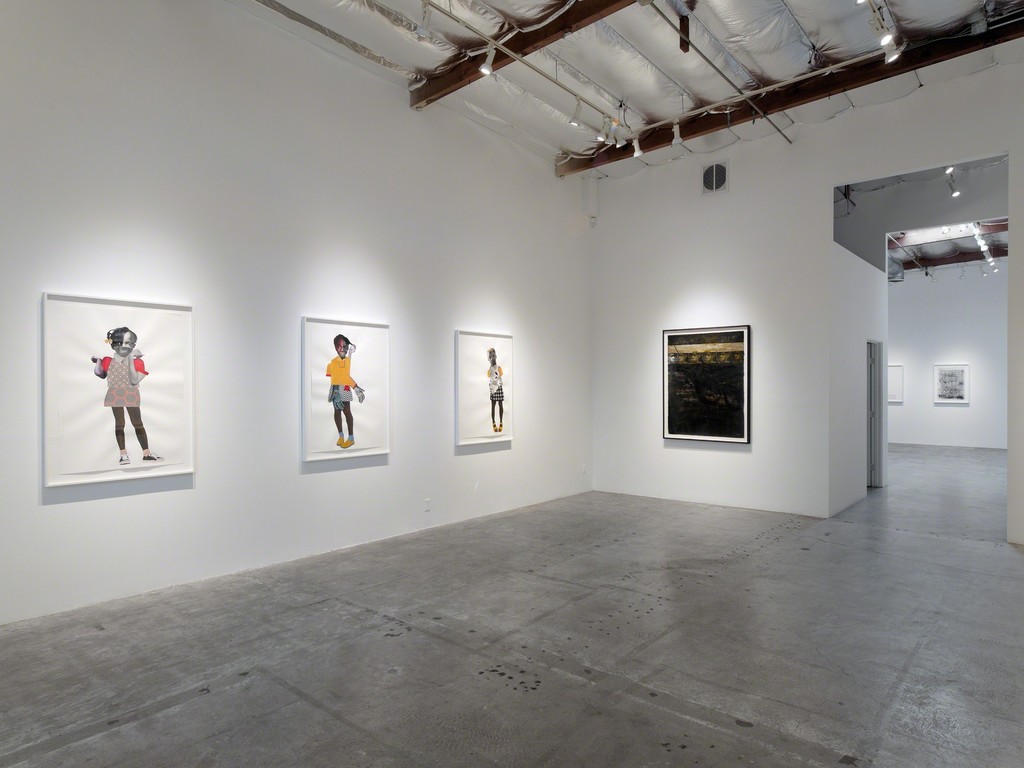 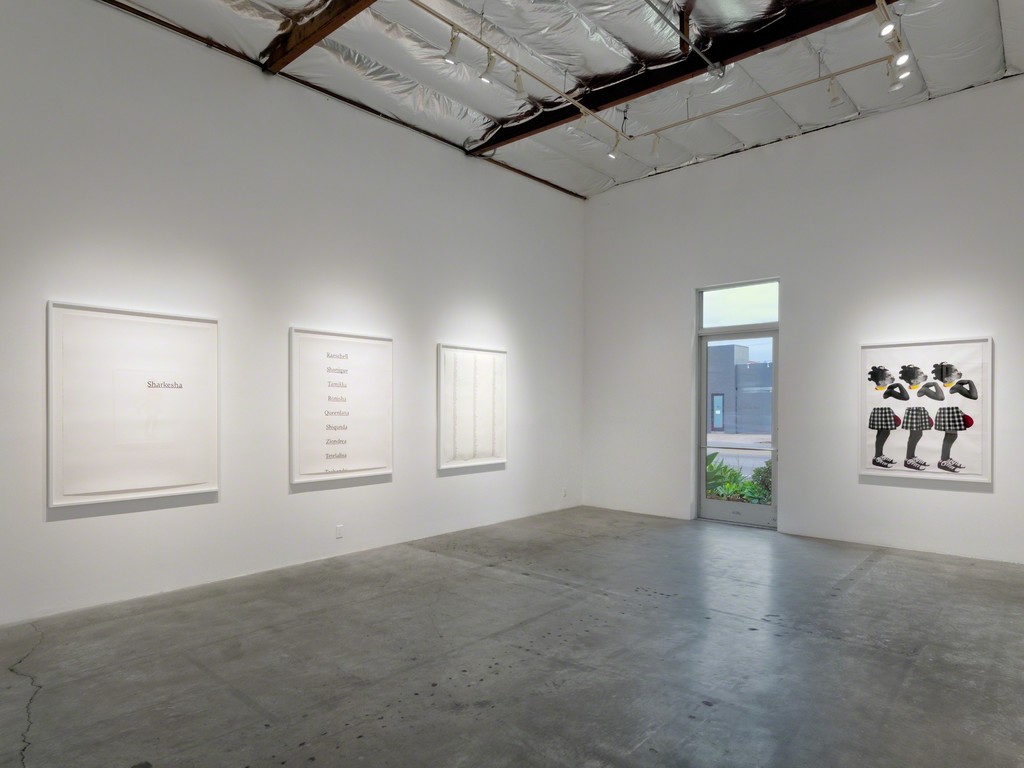 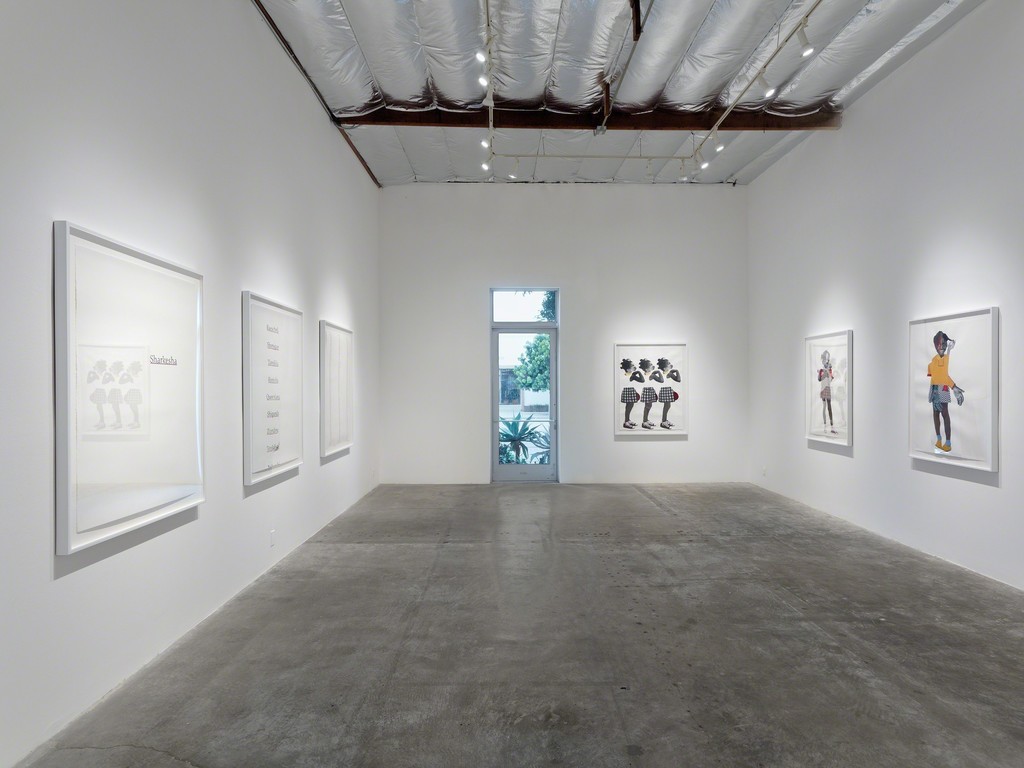 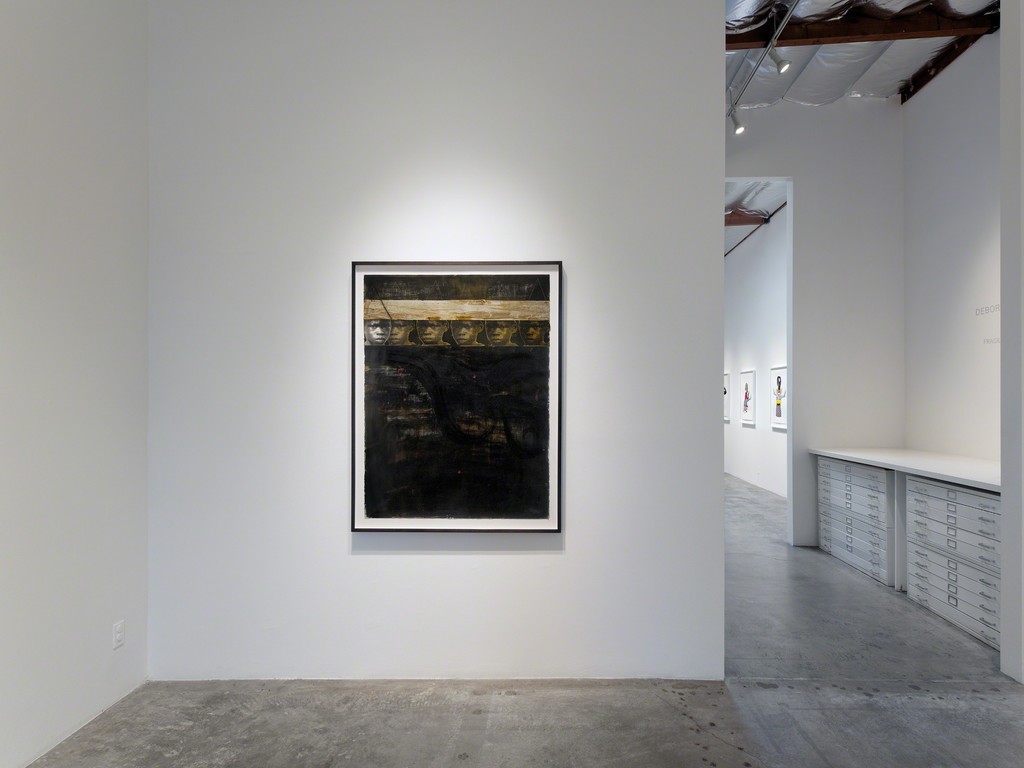 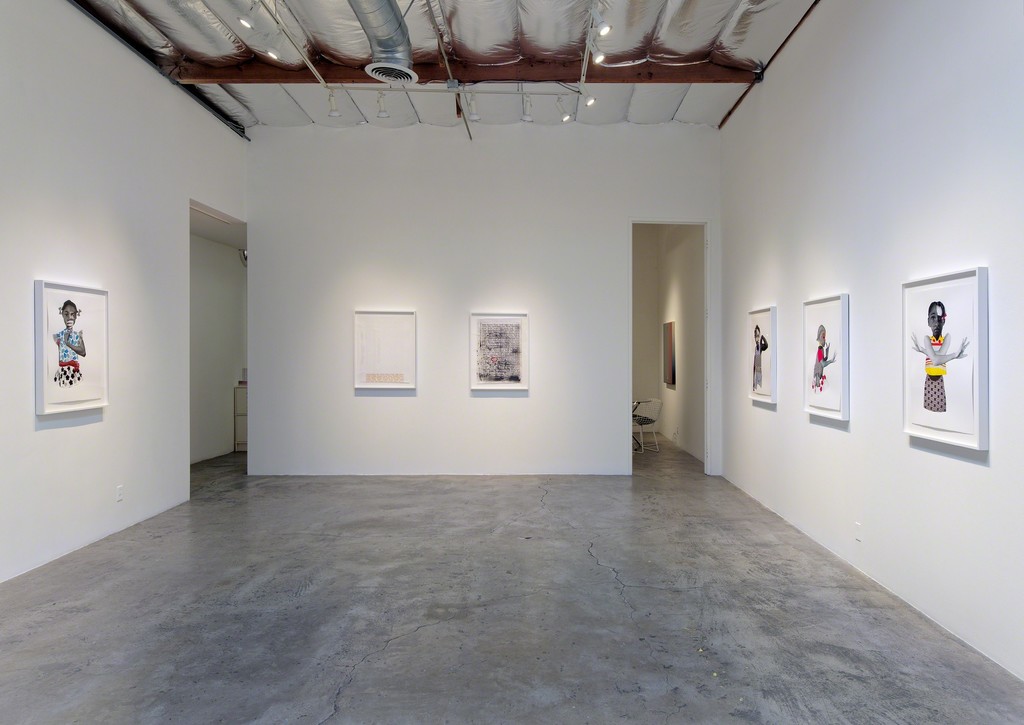 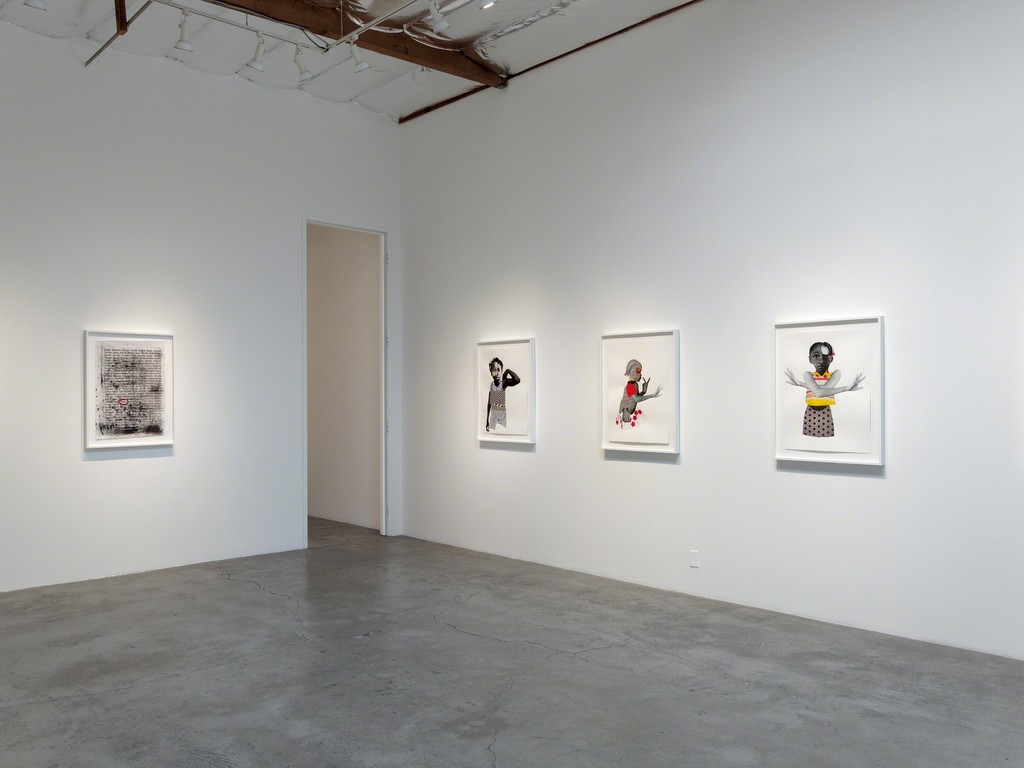 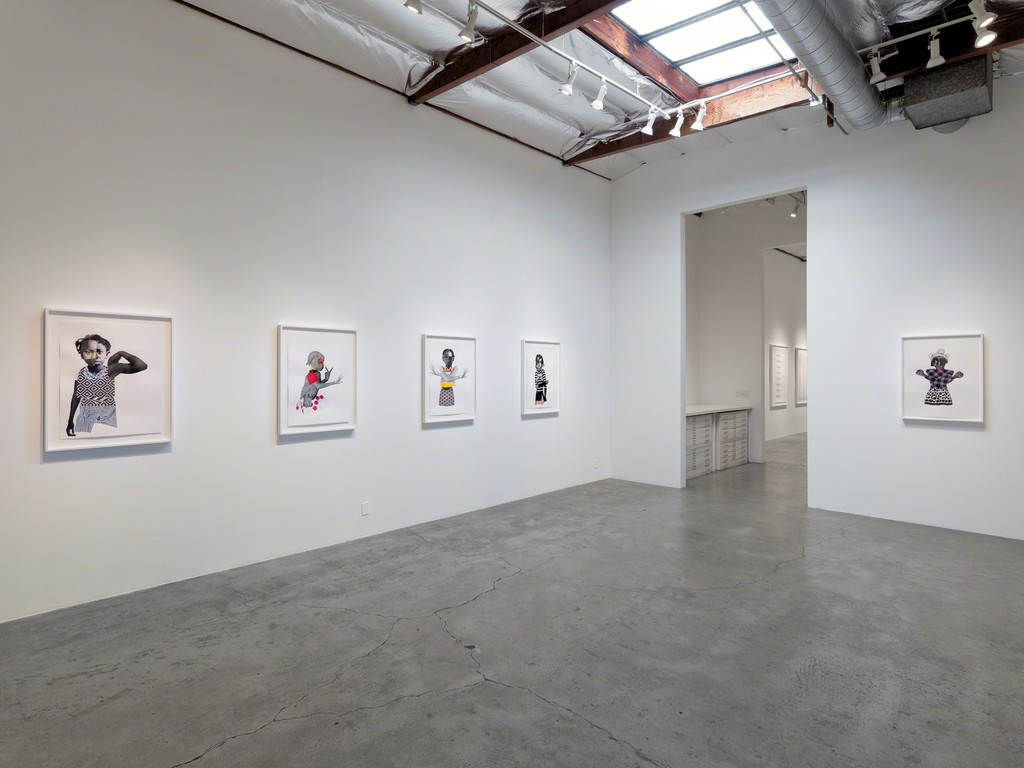 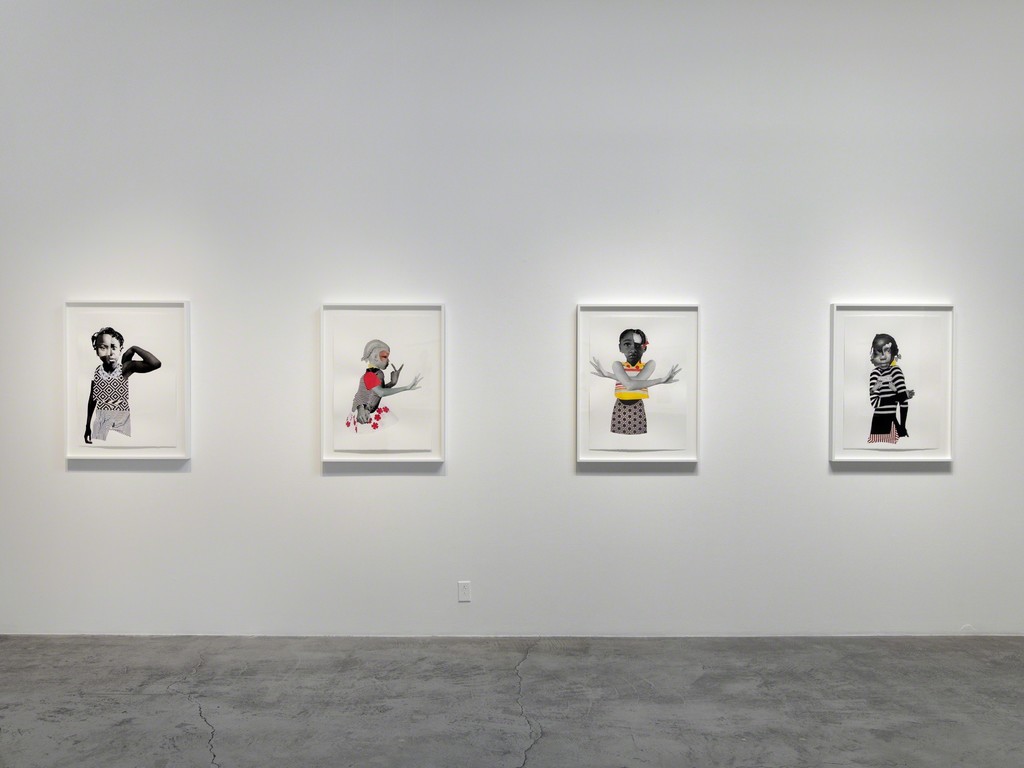 Luis De Jesus Los Angeles is very pleased to announce DEBORAH ROBERTS: Fragile but Fixable, the artist's first solo exhibition in Los Angeles, to be presented from May 12 through June 16, 2018. An opening reception will be held on Saturday, May 12th, from 6:00 to 8:00 pm.
Deborah Roberts creates powerful and visually arresting collages that explore the complexities of girlhood, self-image, popular culture, and the legacies of racism. In Fragile but Fixable, Roberts continues to address the traumas, challenges and vulnerabilities faced by young black girls at adolescence—a critical time when they are building their individual identities and their minds are easily influenced by White racial standards of beauty and the clichés, myths and stereotypes of Black identity proliferated through the media, as well as the real-life abuse and violence that some of them experience in public and in private.

Combining found photographs, painting, text, and drawing, Roberts constructs her prismatic subjects from a myriad of sources, including images of girls, radical and historical figures, and contemporary female role models—from Rosa Parks and Michelle Obama to Gloria Steinem and Willow Smith—altered beyond recognition to create a portrait that adheres to a more universal standard that is inclusive of women of color. Each work is an amalgamation of several or more figures—a reflection of the complexities of identity and race, and a metaphor for the way we construct our own complicated subjectivities from multiple sources. Often featuring extra appendages—diplomatically shaking hands, boxing, praying, supporting or affectionately embracing each other—their gestures convey a range of communication while their multi-faceted faces, etched with the weight of their former context, extort a new fearless archetype. The heroines in Fragile but Fixable are finding themselves, some expressing vulnerability, all possessing strength—and through a process of collective identification, empathy and healing these fractured “everygirls” are made whole.

"My work is about being empowered as a black woman by taking responsible for your image and controlling how that image is being circulated in the world,’ says Roberts. ‘It's about having the courage to fight against assumptions and perceptions that others may have, and the power those societal assumptions still hold. It's also about celebrating differences, while embracing your own."

Deborah Roberts (b. 1962, Austin, TX) received her MFA from Syracuse University. She is the recipient of the Pollock-Krasner Foundation Grant, the Fountainhead Residency, the Ginsberg-Klaus Award Fellowship, the Ox-Bow Artist Residency, Presidential Point of Light Award, Syracuse University Graduate Fellow Award, and was designated the Best in Show at the Syracuse University MFA exhibition in 2014. Roberts’s work has been exhibited at The Studio Museum of Harlem, The Drawing Center, and Galerie Lelong & Co. in New York; National Museum of Mexican Art in Chicago; Massachusetts College of Art and Design in Boston; and Carver Museum in Austin. Recent exhibitions include “Deborah Roberts: The Evolution of Mimi” at the Spelman College Museum of Fine Art in Atlanta (through May 19th), “4 Texas: The Next Chapter” at The McNay Art Museum in San Antonio (through May 9th), and new acquisitions at the Blanton Museum of Art, Austin, TX, as well as a public project at MASS MoCA in North Adams, MA. Roberts lives and works in Austin, TX.