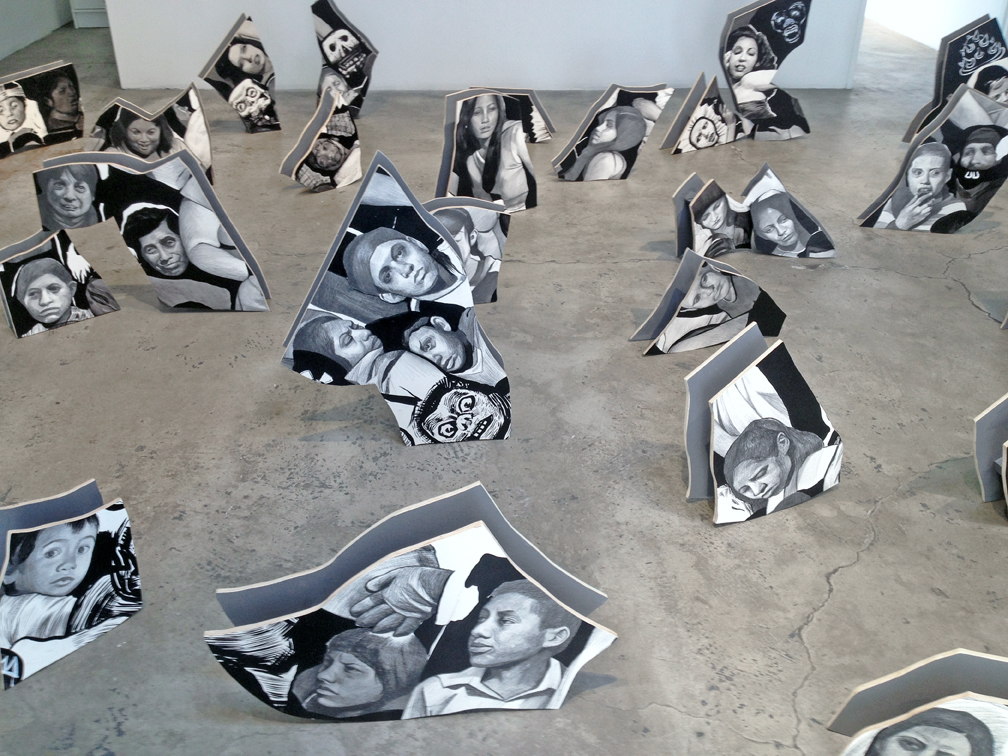 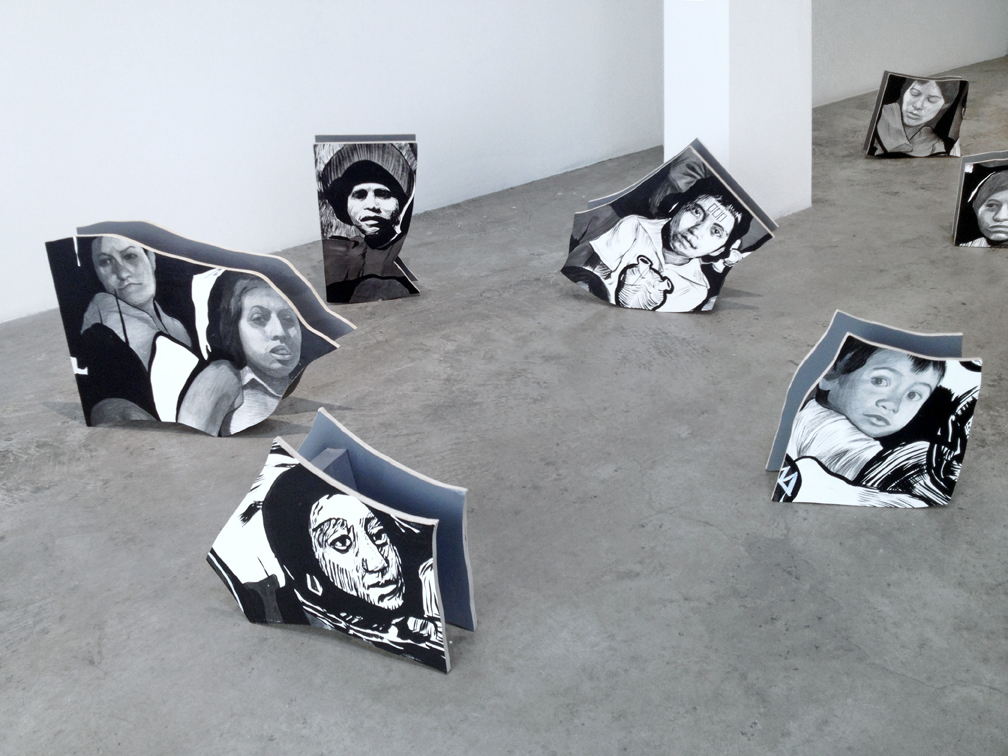 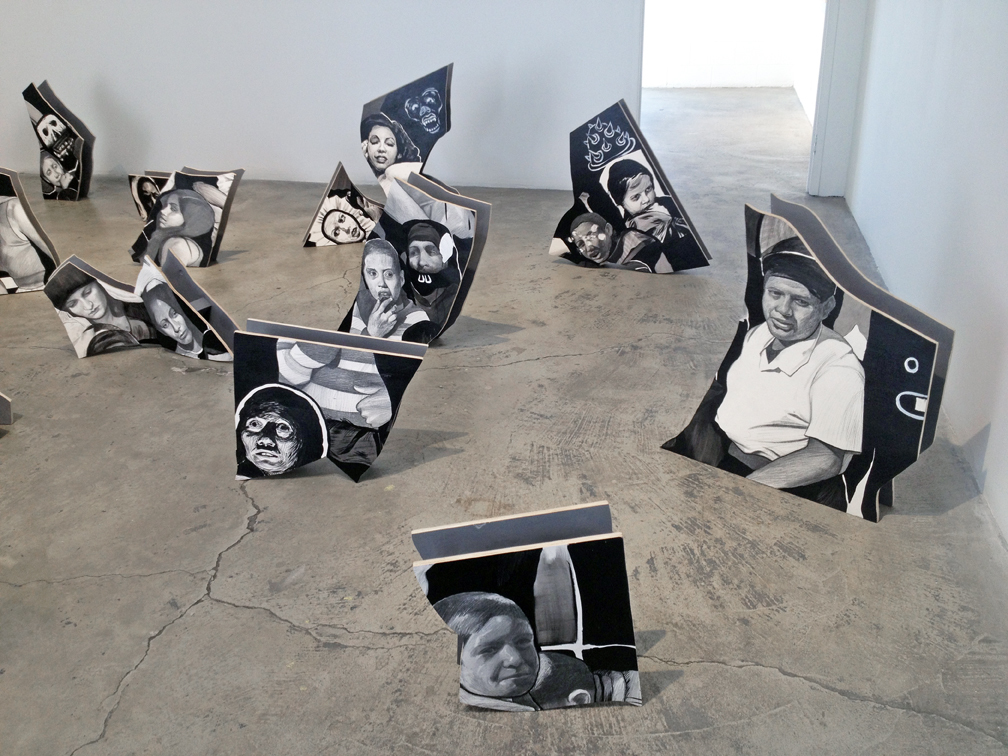 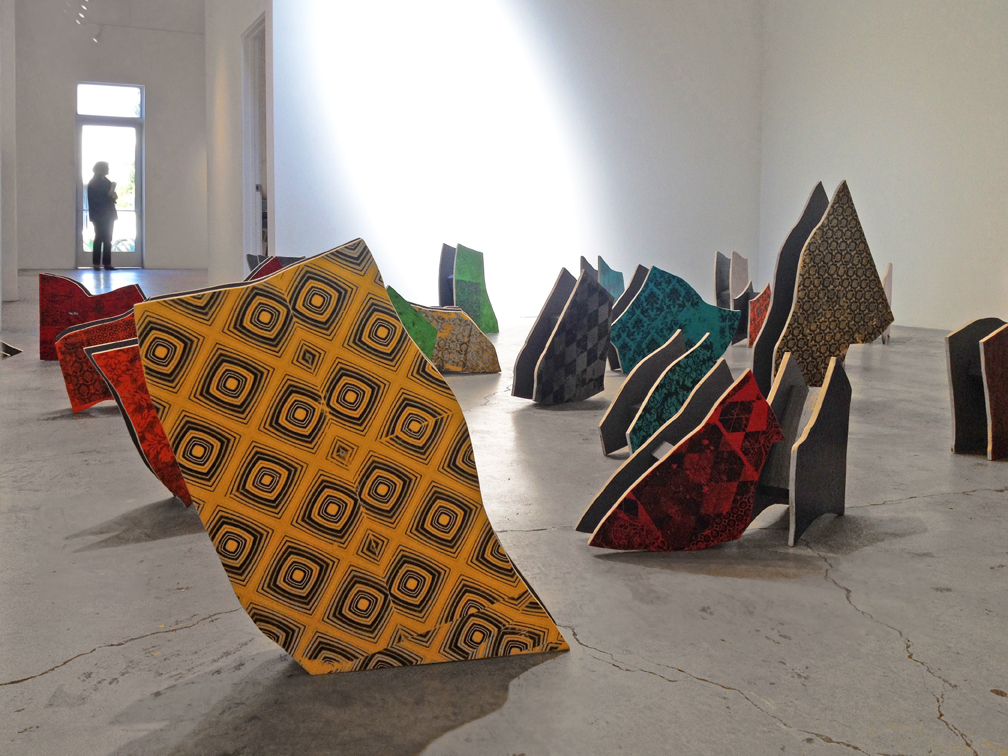 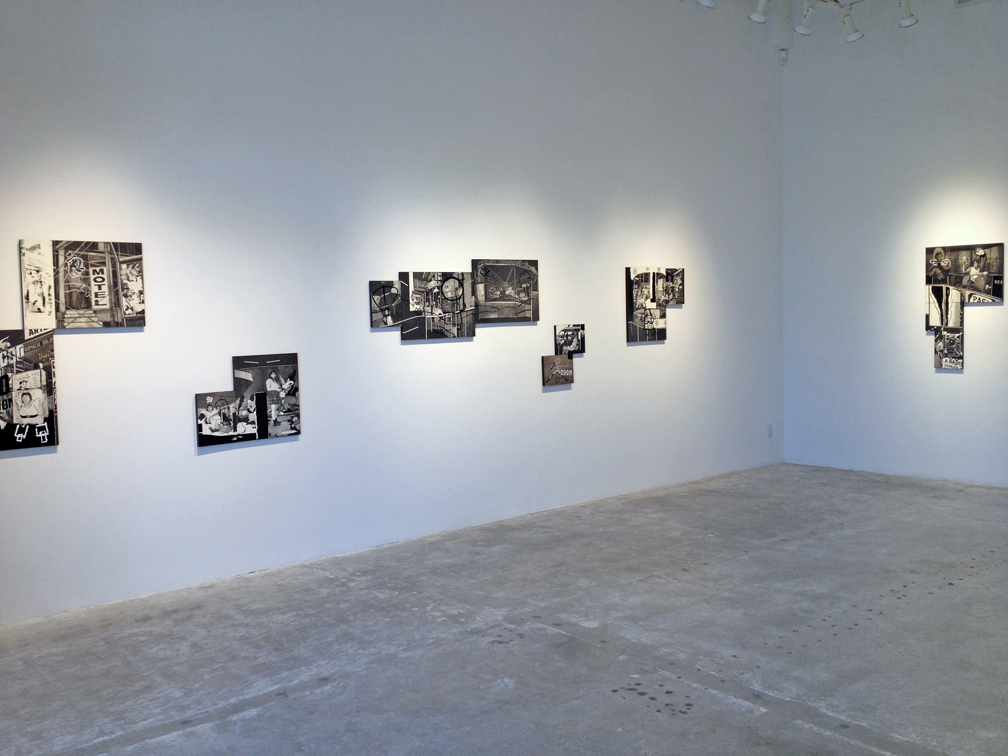 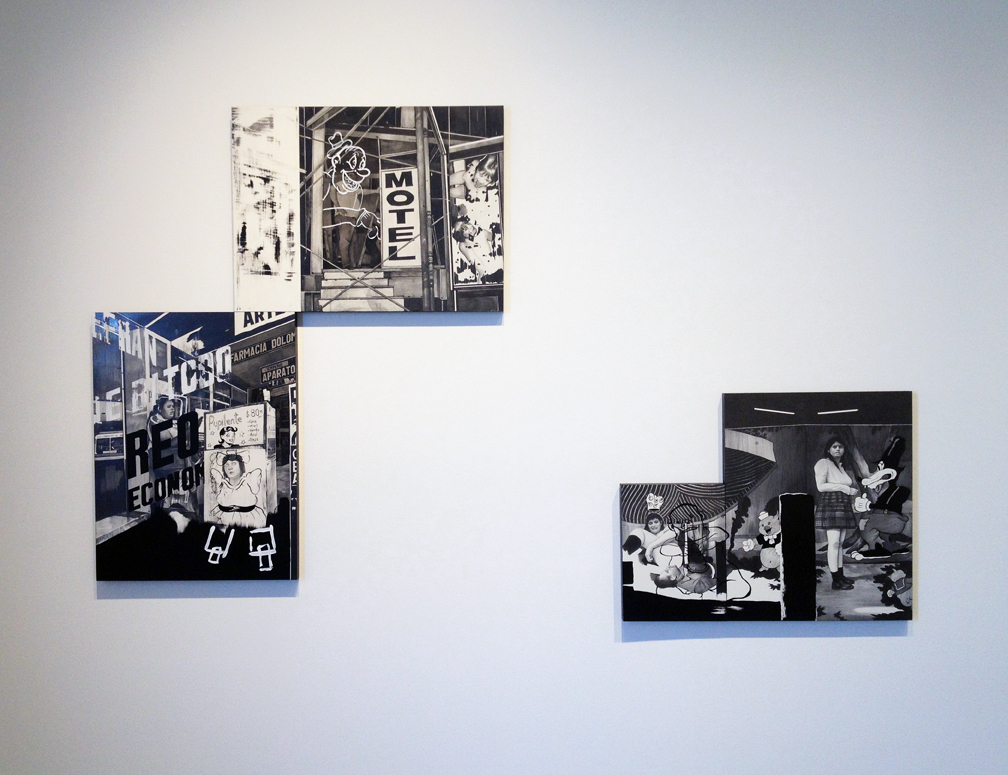 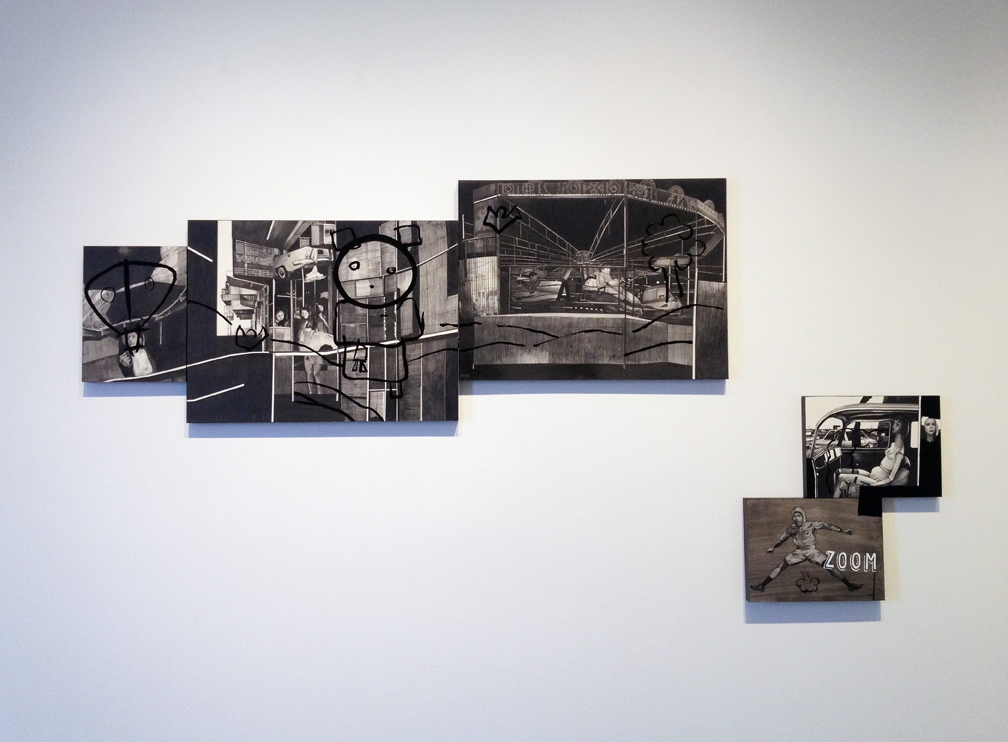 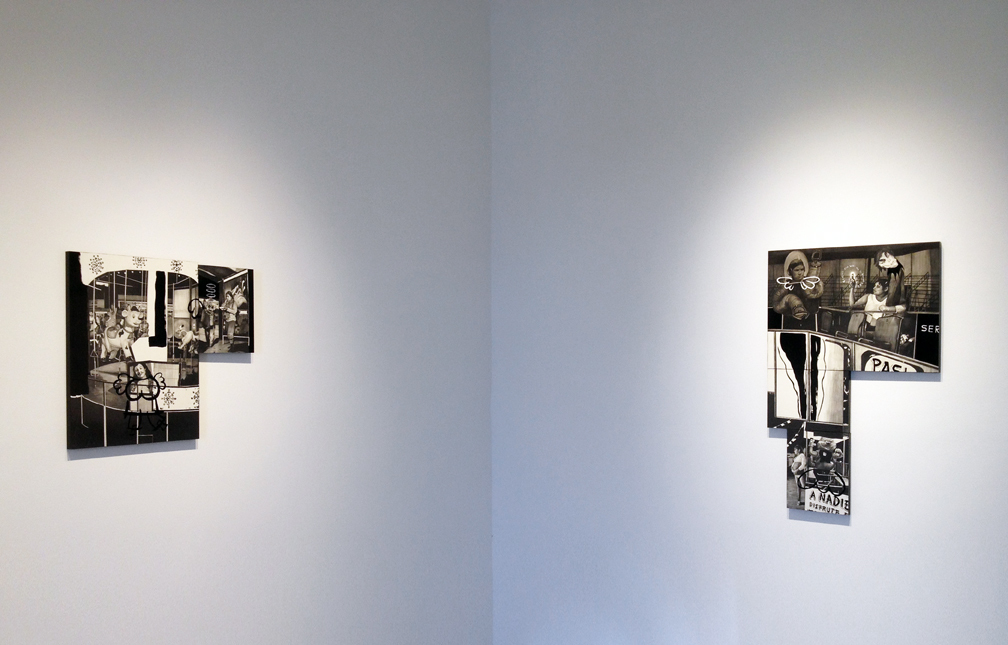 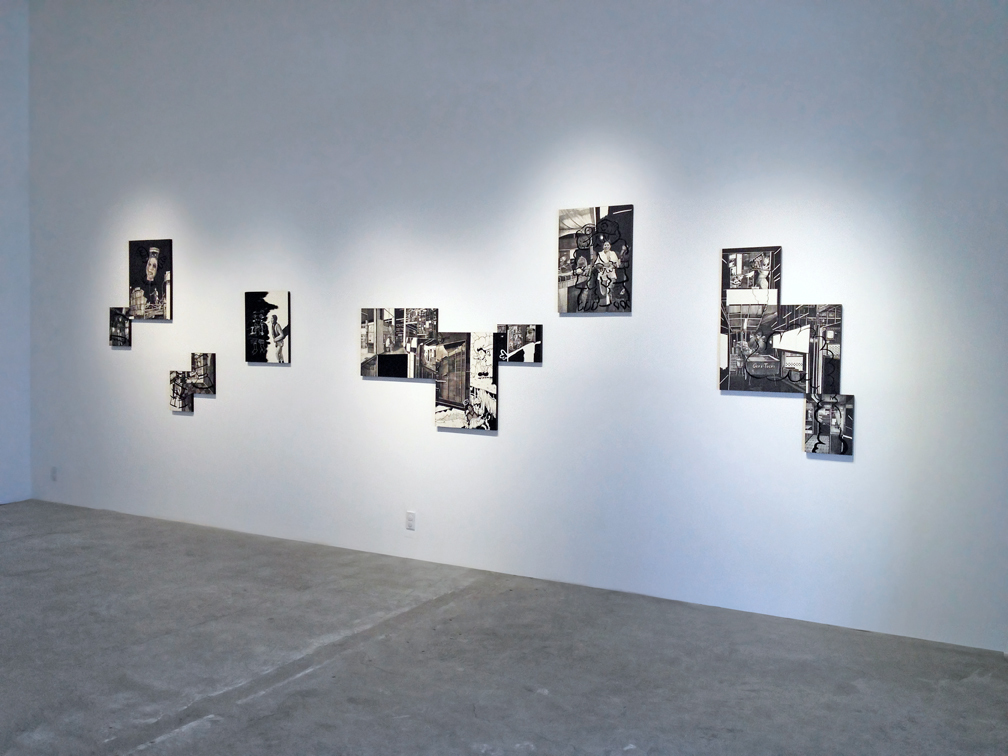 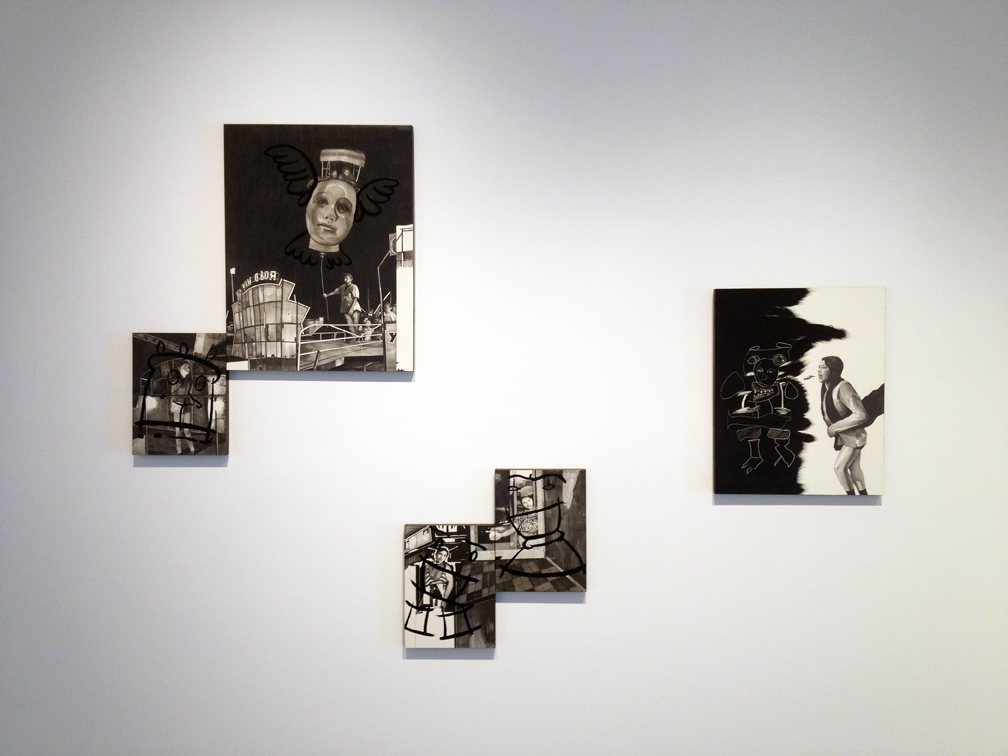 Luis De Jesus Los Angeles is very pleased to present Hugo Crosthwaite's Tijuana Radiant Shine and Shattered Mural, on view from May 16 through June 20, 2015. An artist's reception will be held on Saturday, May 16, from 6 to 8 pm. Hugo Crosthwaite is the Grand Prize recipient of the XI Bienal Monterrey FEMSA, currently on view at Antiguo Colegio de San Ildefonso Museum in Mexico City. A large-scale wall drawing installation is also included in the exhibition The House on Mango Street, being presented at the National Museum of Mexican Art in Chicago.

Taking inspiration from Edgar Allen Poe's poem, "The Hymn", Tijuana Radiant Shine is composed of a puzzle-like installation of fourteen mixed media drawings on panel. The works are visual poems that depict the hopeful possibilities for a better future and the dichotomy of the reality that exists in this border city's daily life. The underdog and the underprivileged command a central place in Crosthwaite's work and to him they are the heroes of society. His Tijuana Radiant Shine drawings are deeply layered and capture the cultural tension of the border city with their references to history, mythology, technology, religion and pop culture. The men, women, and children who populate them dream of a better life in America but, in reality, often end up in low paying positions, separated from family and friends.

The border is like a carnival for both the people who live there and the people who travel over it. It is a place of amusement and commerce as well as a place of exploitation and deception; it is temporary and permanent all at once. Crosthwaite does not render judgment in his work but, rather, as an observer and someone who has remained rooted his whole life in this "exotic/other/non place" (even when his career has taken him away for extended periods of time) his visual amalgamations are a product of this border life. They point out the glaring imbalances that too often are brushed aside out of simple fear and ignorance.

Shattered Mural is a floor installation of forty-three sculptural wall fragments that reference the recent abduction and murder of the 43 college students in the Mexican State of Guerrero. This tragic event has become a national, and perhaps international, symbol for victims of institutional corruption and repressive regimes around the world. Unlike the Tijuana Radiant Shine panels, the sculpture fragments of Shattered Mural were created by deconstructing a mural into forty-three shards that when put back together would contribute to the whole.

Hugo Crosthwaite inhabits a tradition that expands upon great humanist artists before him such as Daumier, Goya, Posada, Ensor, and Beckmann, contemporaries such as Kentridge, Coe, Dumas, and Rauch, and a myriad of others. He has turned his personal and artistic vision into commentary on the time and the place and the space he lives.