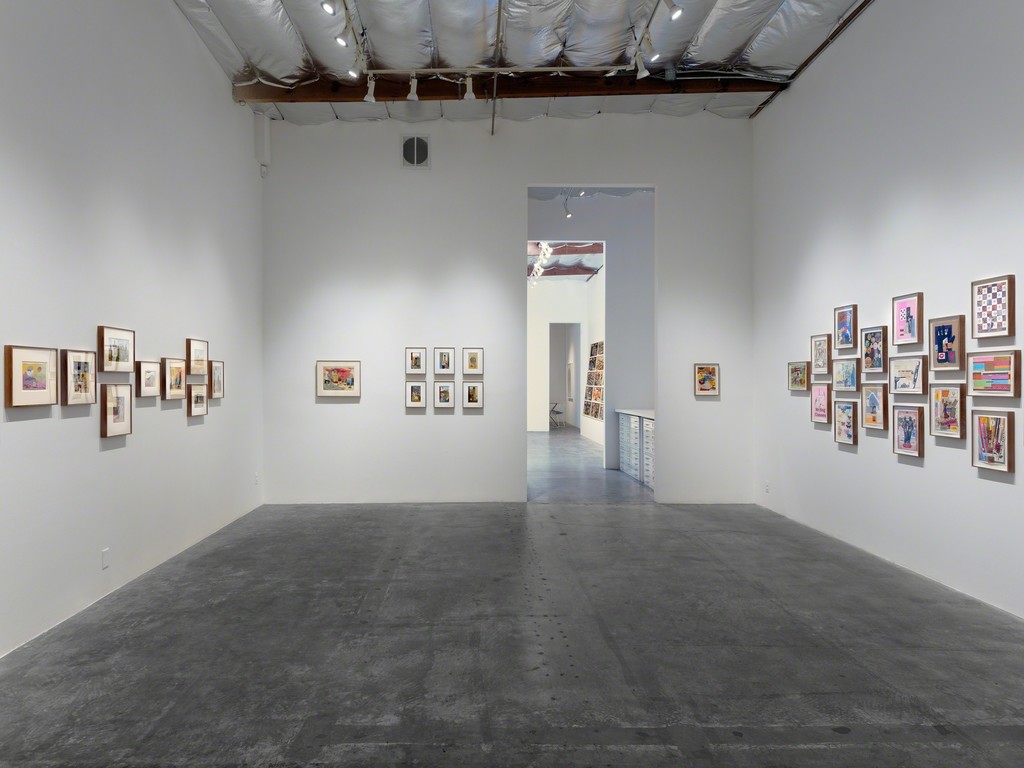 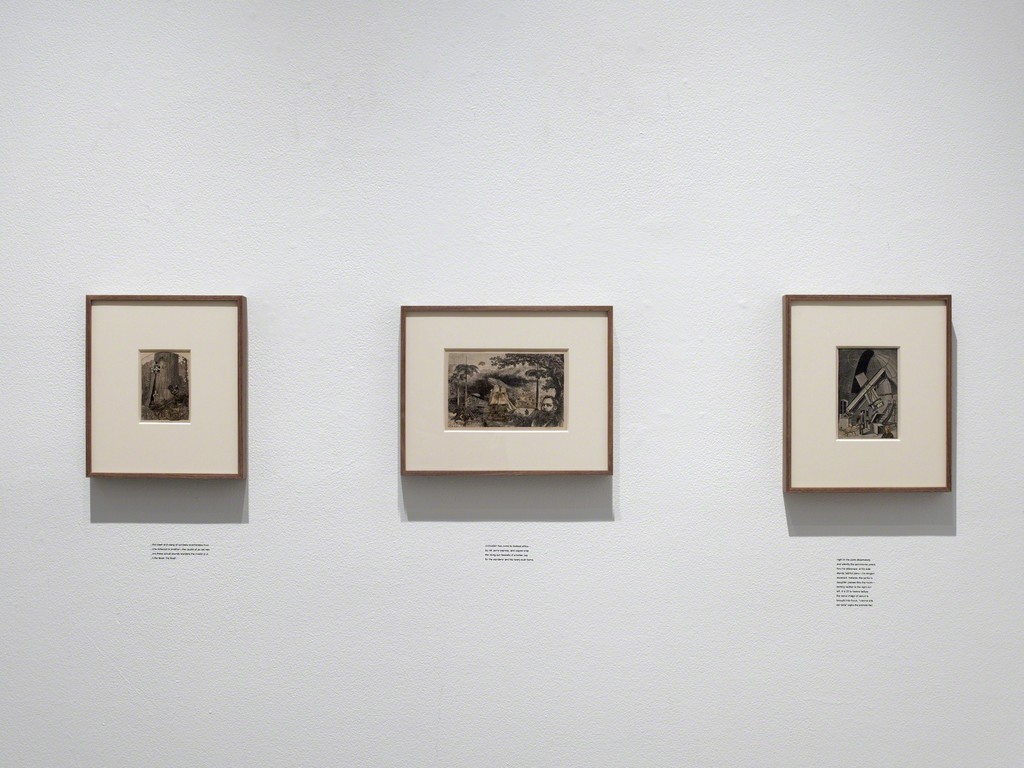 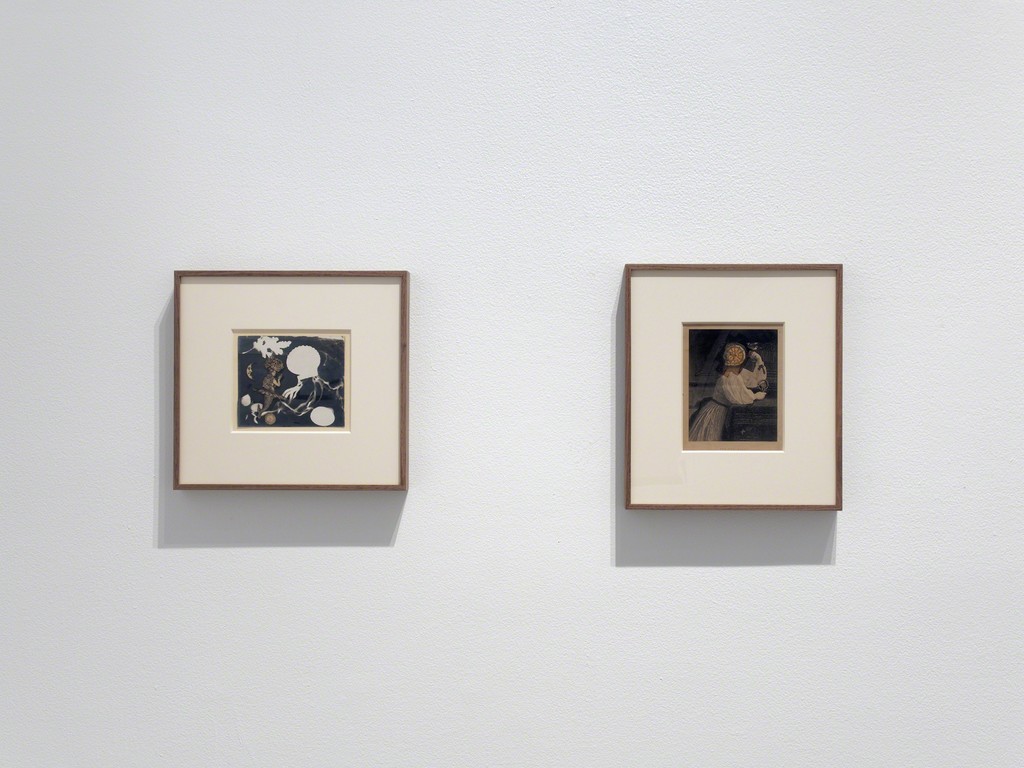 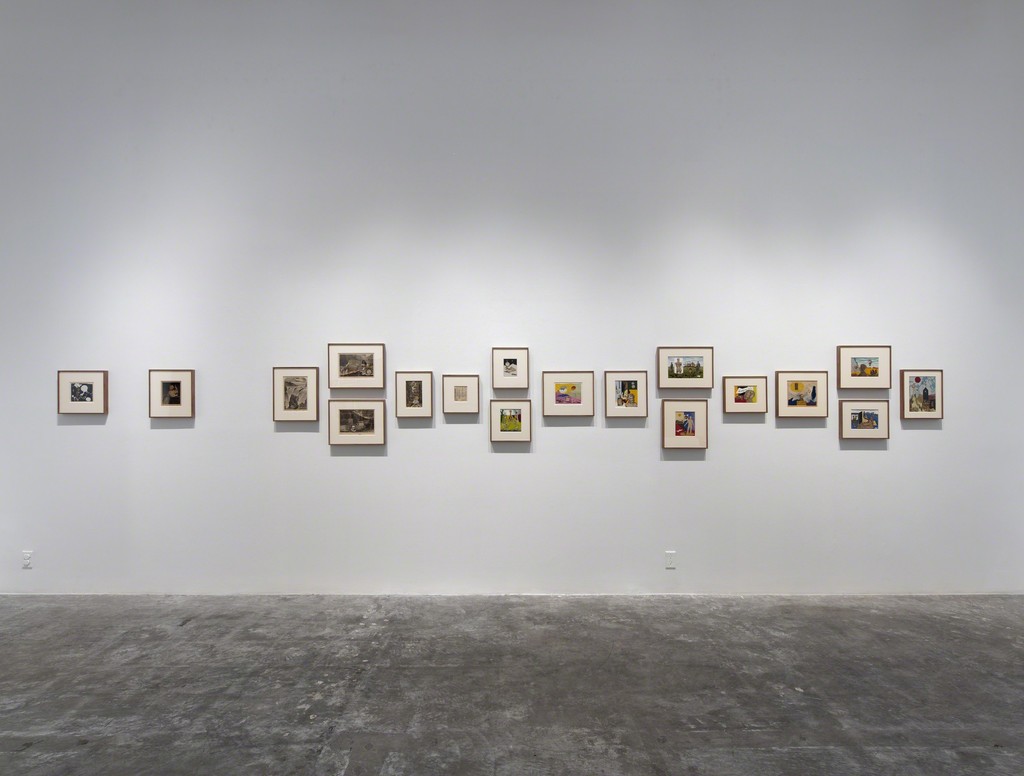 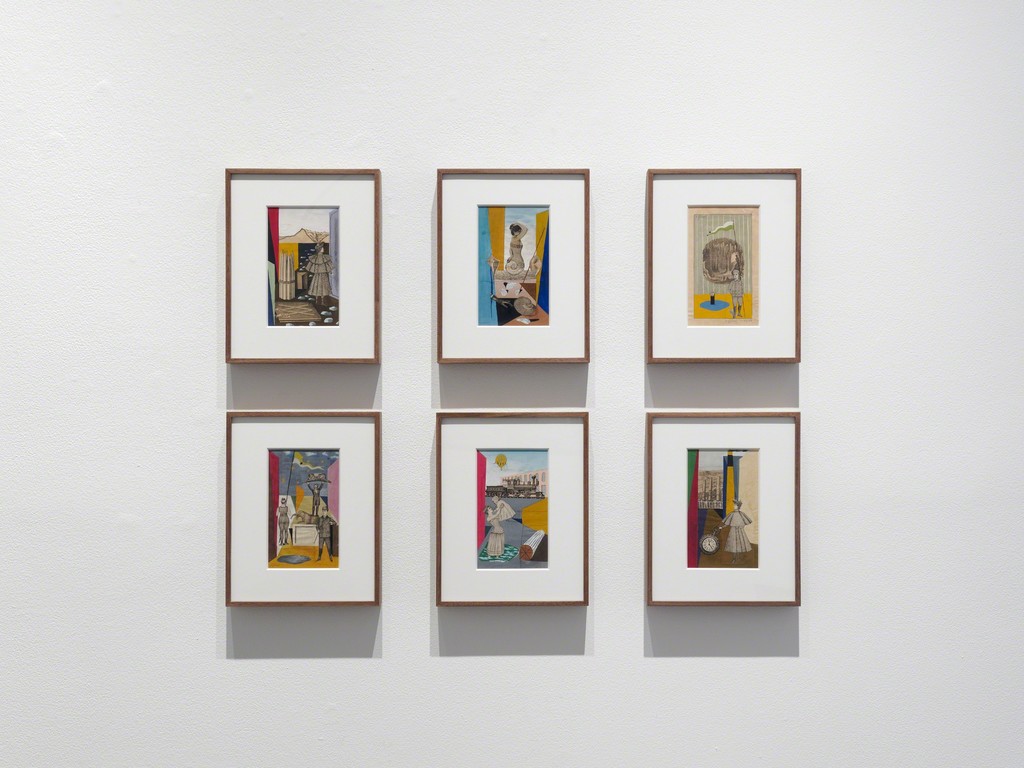 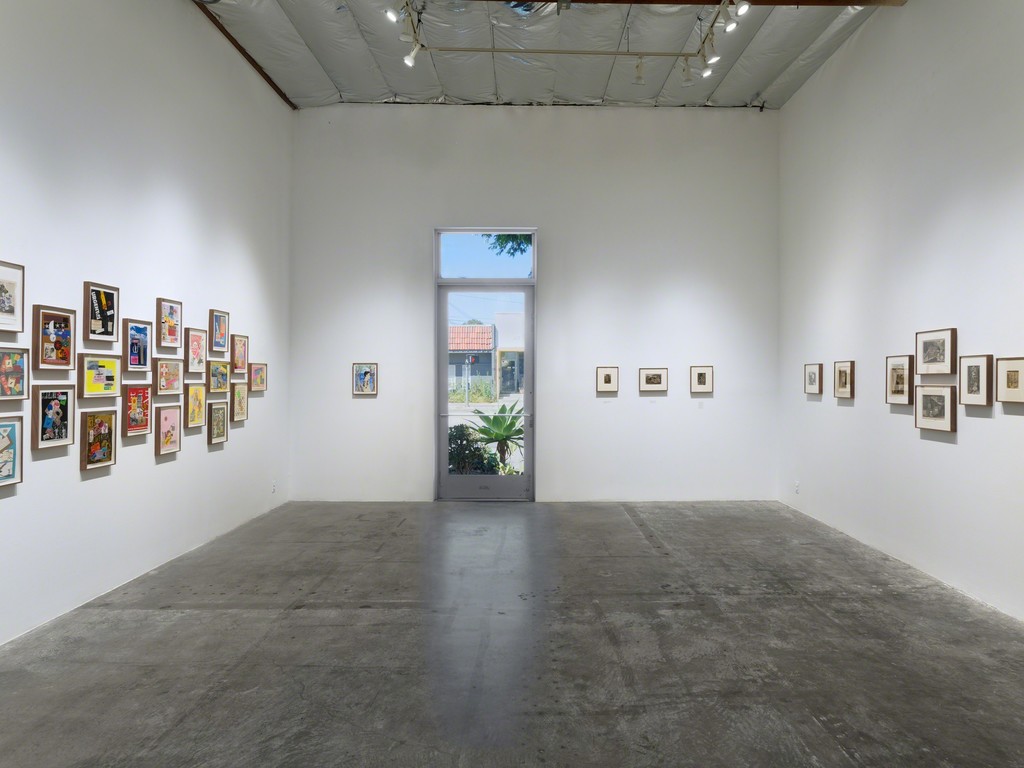 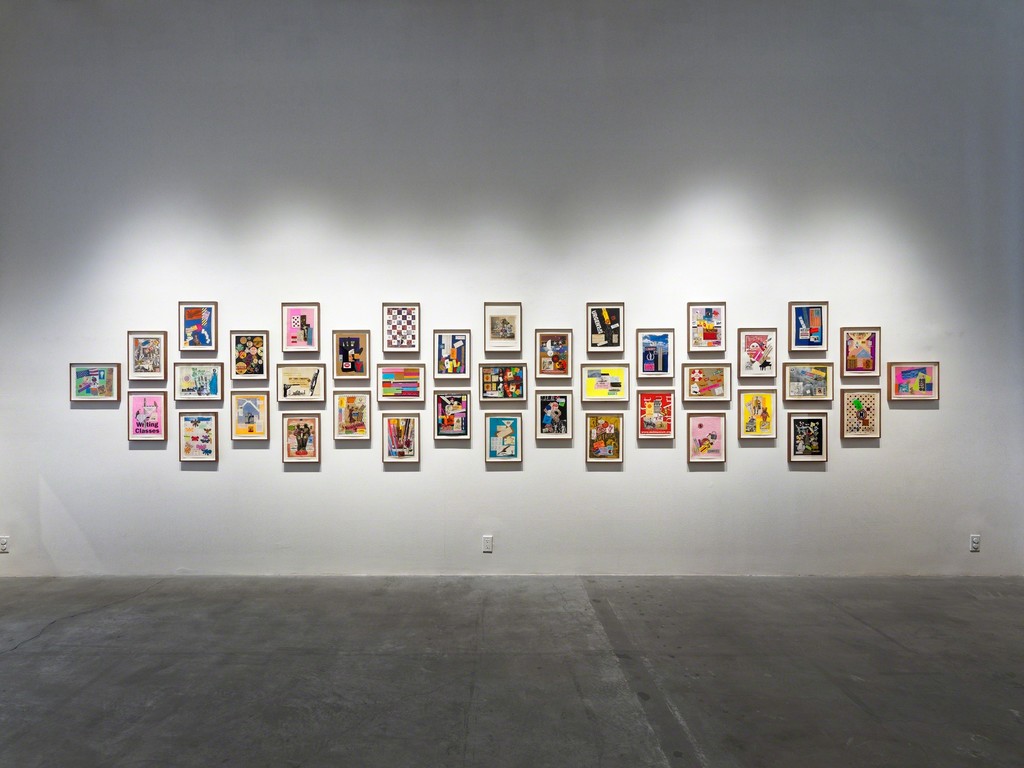 Luis De Jesus Los Angeles is very pleased to announce SOMETHING ELSE: The Collages of Nathan Gluck, an exhibition celebrating the artist’s centennial anniversary, 1918 – 2018, to be presented from June 23 through July 27, 2018. An opening reception will be held on Saturday, June 23rd, from 4:00 to 7:00 pm.

SOMETHING ELSE: The Collages of Nathan Gluck presents the first survey exhibition of collages created by Nathan Gluck, who is recognized as Andy Warhol’s principal pre-Pop studio assistant. Gluck and Warhol met through mutual friends in 1950 and were employed in the same world of design that fueled Warhol’s early reputation. In 1952, Gluck went to work for Warhol in the top-floor railroad flat on Lexington Avenue that the artist shared with his mother, Julia Warhola. Over the next dozen years Gluck played an instrumental role in helping to shape and create many of Warhol’s most famous illustrations, ads and designs. He also assisted Warhol with his early transitional Pop pieces (1960-63), before Warhol established The Factory.

The collages on view span nearly 70 years, from the late 1930s through 2008. This exhibition provides an opportunity to consider the range and development of Nathan Gluck’s own work, his contributions to the genre as well as to Warhol’s career and life. SOMETHING ELSE includes approximately 80 collages and mix-media works that show Gluck’s facility in integrating a number of different mediums and techniques with collage—from photogram, steel engraving, and gouache to watercolor, rubber stamps, and marbleized paper—and stylistic influences ranging from cubism, surrealism, and modernism to pop, word/text, and postmodernism.

Gluck’s early works, created between the late 1930s and the late 1940s, reflect his deep appreciation of modern masters like Man Ray, Max Ernst, and Domenico de Chirico, and include experiments with narrative prose and original poetry. His collages function as markers of his life and the 20th century and he often used them to memorialize important events. One collage combines cut-outs from a steel engraving depicting a Victorian woman with her back to the viewer and a mostly desolate landscape painted in gouache. In the margins he has written a note to himself, and perhaps for posterity, that it was created during the radio broadcast announcing the Japanese attack on Pearl Harbor. Similarly, sixty years later he would commemorate the attack on the World Trade Center in New York in a collage dated September 12, 2001.

The largest group of works represented in the exhibition were created between 1995 to 2008. In these late works, which he began at the age of 77, Gluck was able to synthesize his many disparate interests into a single voice. It is as if everything that he had ever collected over the years—all of his thoughts and ideas, competing influences and styles, tidbits of trivia and scraps of ephemera could no longer be contained and simply exploded in a remarkable output of creativity. Here we see the finely-honed sensibility and confidence of the mature artist completely at ease with his skills and knowledge.

In her review of his solo exhibition in 1997 at the Reinhold Brown Gallery in New York, Roberta Smith, chief art critic of The New York Times, wrote: “Composed of a staggering variety of printed ephemera collected by the artist and his friends and combining a range of printed detritus—matchbook covers, wine and shipping labels, ticket stubs, fruit stickers, club flyers, photos and newspaper ads, to name just a few—from around the world and the past several decades, these works play on words, forms, colors and, above all, on styles. Their vintage is sometimes Belle Èpoque, sometimes the swinging 60s and sometimes the dubious fin de siècle, as well as the very playful and satirical use of more recent imagery from the age of cell phones and the Internet. …Yet these works are no more inconsistent than they are redundant. Each is in its own distinctive way both a personal statement and homage to the graphic designer's craft, turned into art.”

SOMETHING ELSE: The Collages of Nathan Gluck represents a lifetime of curiosity and discovery, reflecting Nathan Gluck’s personal interests and passions—from literature, music, theater and opera to language, anthropology, food and travel. In them one can see his sharp wit and intellect, engrossing knowledge and refined appreciation of the classics, quirky, yet elegant sense of style and, most importantly, his uncompromising spirit of generosity.

Nathan Gluck was born on June 24, 1918 in Perth Amboy, New Jersey. In the 1930s, Gluck attended the Art Students League and the Cooper Union in Manhattan, and the Pratt Institute, in Brooklyn, NY. During World War II he served in Europe and the Pacific and upon his return to New York began a successful career as an illustrator, designer and art director, beginning with the L. Bamberger department store in New Jersey, which included designing a poster that is now in the Museum of Modern Art Poster Collection. He worked as art director and illustrator for the George N. Kahn Agency, New York, and briefly at the Rockmore Company, an ad agency where Warhol freelanced, beginning that professional relationship. In 1952, he was selected by the ICA Boston to head a design studio at Cheney Silks designing fabric for men’s neckwear. In 1954, he designed the cover for Fortune Magazine for the visionary art director and former Futurist designer and later, noted children's author and illustrator, Leo Leonni. He also designed windows for Gene Moore at Bonwit Teller and Tiffany & Co. and created dozens of original Christmas cards for The Museum of Modern Art, Tiffany & Co., Bergdorf Goodman, Georg Jensen, Cartier, Brentano’s, and Gov. Nelson Rockefeller, among others. During his life, Gluck came to know many artists and art world luminaries whom he admired, including Joan Miro, Marcel Duchamp, Pierre Matisse, George Wittenborn, Ray Johnson, and Philip Johnson, as well as Paul Rand and numerous other greats from the design world. After Warhol died, the Warhol Foundation turned to Gluck, with his first-hand knowledge and expertise, to help authenticate Warhol’s pre-Pop works, which he continued to do until shortly before he passed away.

In the last decade of his life Gluck realized an extraordinary new body of work and several solo exhibitions, including “Ephemeral Musings” (2017) at the Reinhold Brown Gallery in New York; “Nathan Gluck: Collages” (2001) at The Andy Warhol Museum in Pittsburg; and, “Limited Time Offer” (2008) at the Athenaeum of Music and Arts Library, in La Jolla, CA. Nathan Gluck died on September 27, 2008.