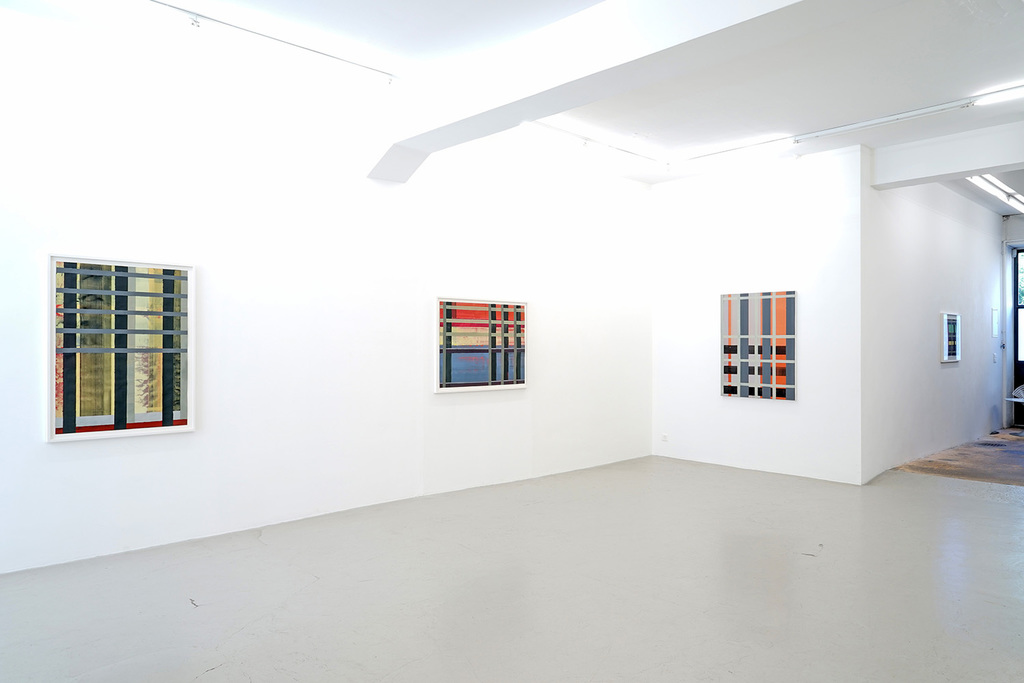 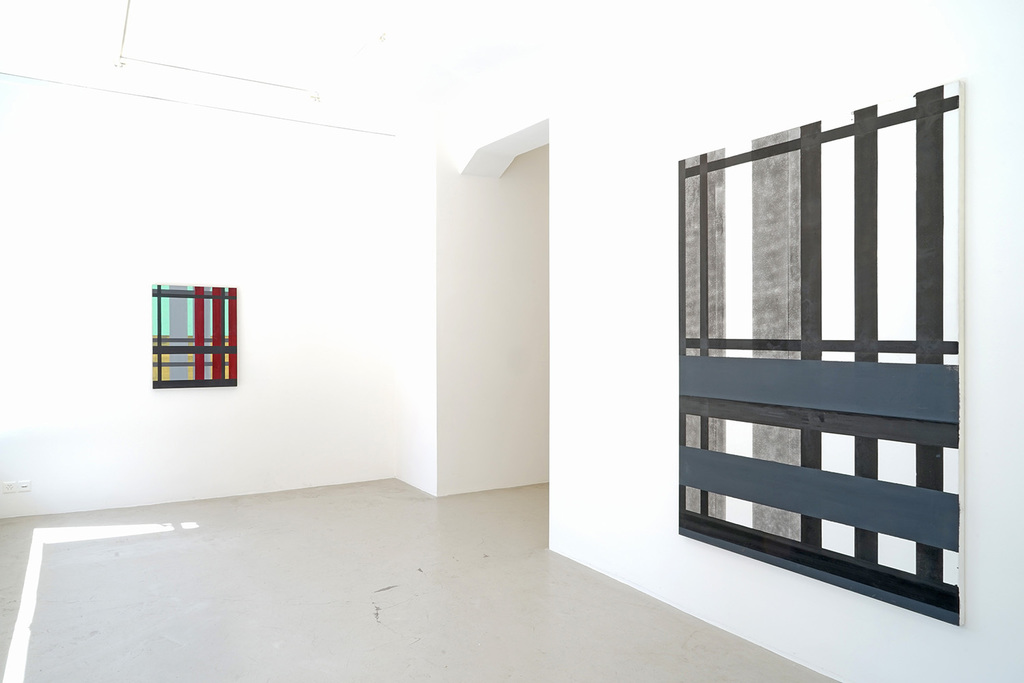 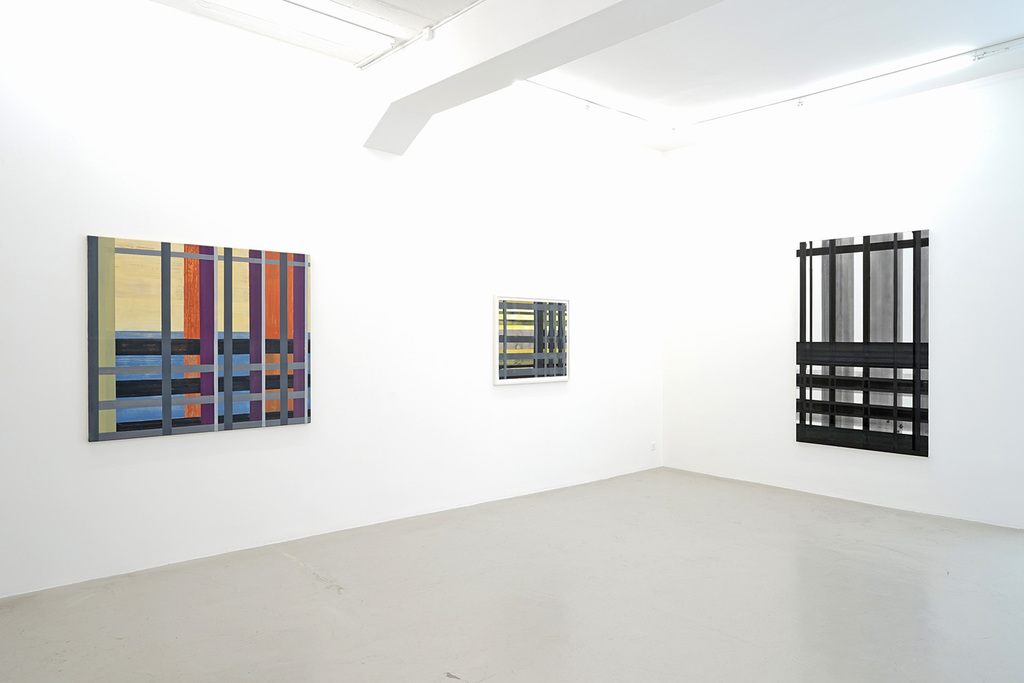 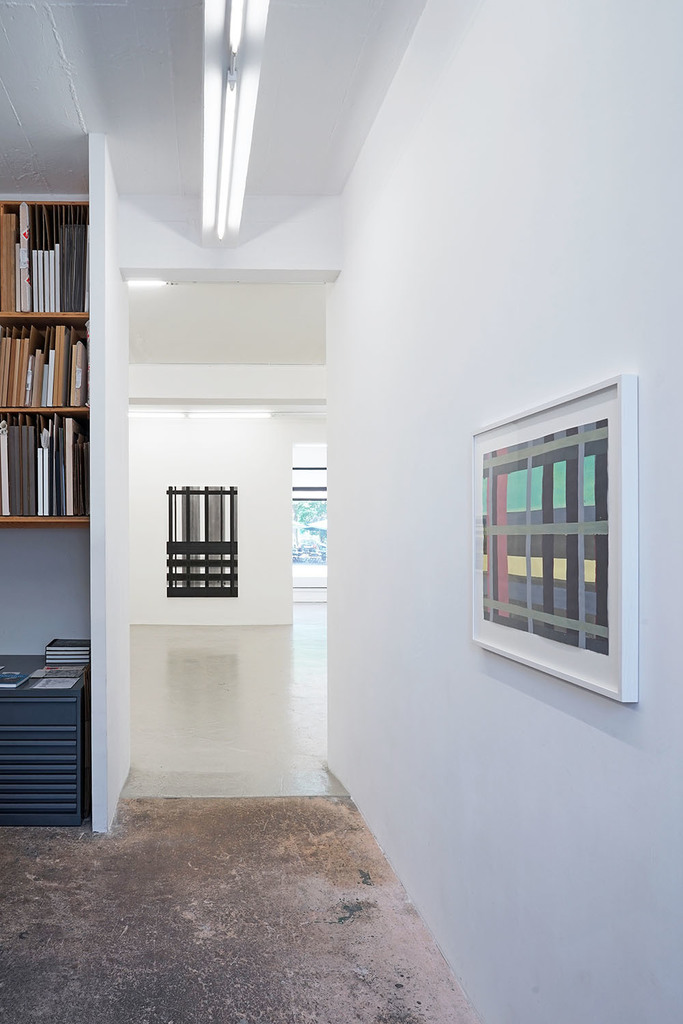 We are very pleased to inaugurate the second solo show by Pierre Haubensak in the gallery. In his first exhibition the artist presented in the format Variety – devoted to special exhibitions – Shaped Canvases, an early group of works from 1967-68. In his present show Haubensak introduces for the first time the series of works called Polyscapes started in 2005 and ongoing.

It is common for Haubensak to develop new ideas for paintings in series and to connect them to earlier works. The Polyscapes are characterized by an orthogonal order. The series can be linked to a charcoal drawing titled Forest from 1986 and to a painting called Gegenlicht from 1988. Through their titles these works refer directly to things outside of the picture plane, and in the case of the drawings to an orthogonal structure as one can find in a forest.

The title of the exhibition Sichten (viewing) describes an active participation from the artist as well as from the public: „Sichten“ can be understood as a request from the artist to himself but also to the public. In the Polyscapes Haubensak inquires on a variety of orthogonal orders on canvas and on paper in different formats. Subtly he varies the segmentations of the images. His practice is comparable to the one of a composer, structuring and creating music. Within a rigid pattern Haubensak develops different systems of images. His paintings describe forms of possibilities and this openness unlocks in the contemplation as well: The images can designate abstract forms but also figurative constellations. This as-well-as, this oscillation lends the works a freedom of assumption.

Syntax and semantic of the images of Haubensak are comparable to the additive language of the German author Siegfried Lenz (1926-2014). The formulations from Haubensak as well as the ones by Lenz gently string together.
The orthogonal order of the works alludes to the theory of images developed in the Italian Renaissance: An image describes the view out of a window. The impression to look through a window is enhanced or reduced depending on the inner framing conceived in the image. Through his renunciation of primary colors, as preferred by abstract painters like Piet Mondrian or Max Bill, Haubensak confers to his images atmospheric dimensions and naturalistic levels. His specific color choice and touch evoke moods and allude to colors patterns of earlier masters like for example Félix Vallotton, Edward Hopper or Giorgio de Chirico. These on first sight abstract images can, as for example the painting on the invitation card Untitled (Polyscape) from 2012, revert to figuration. The images of Haubensak possess a deliberate imprecision in the painterly finish. His is an extension of the process of seeing.