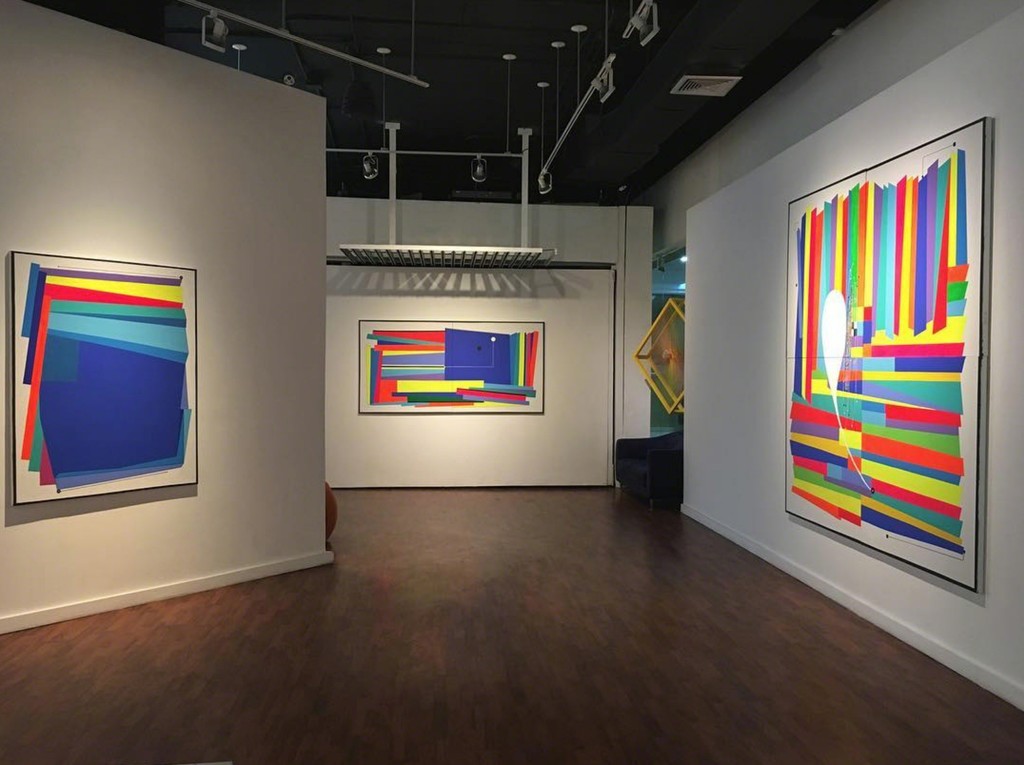 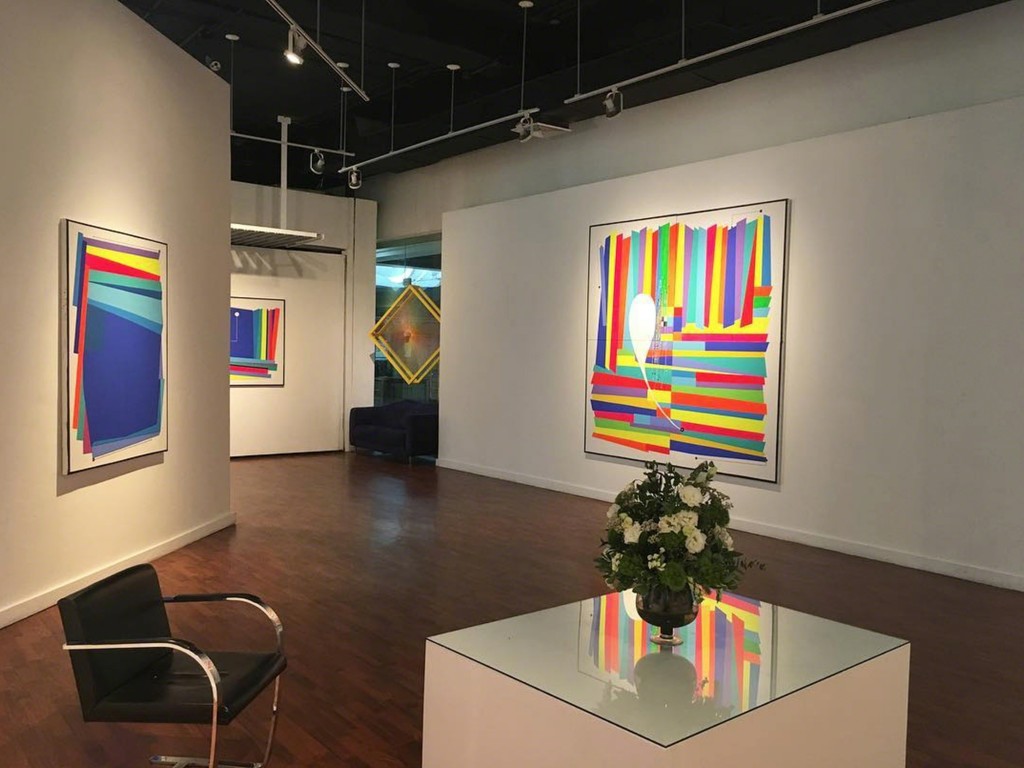 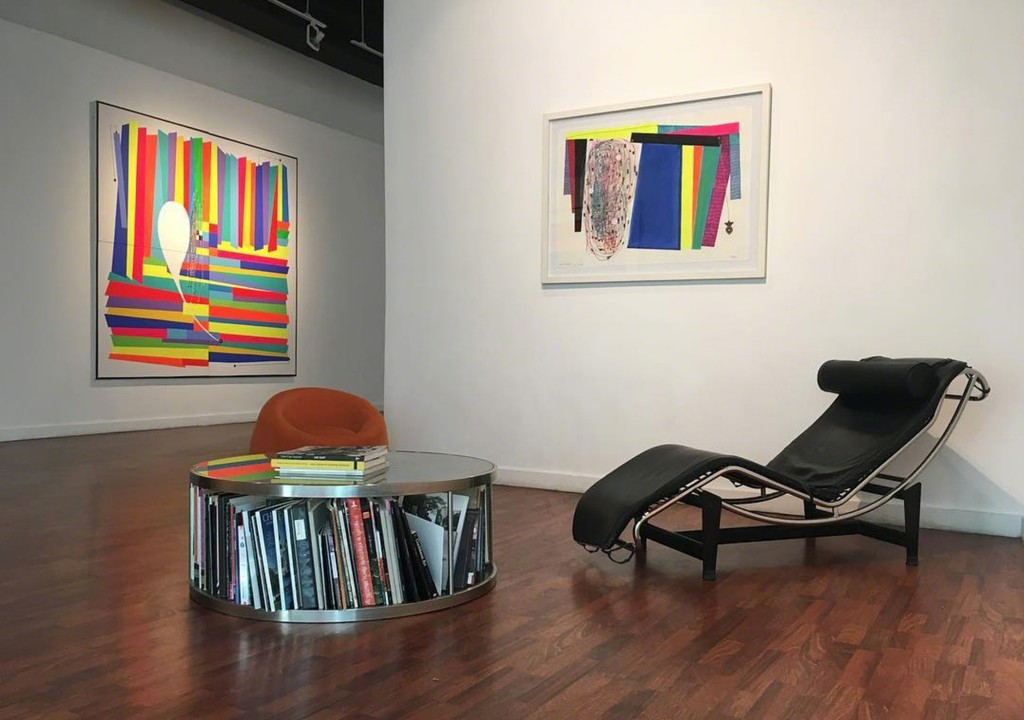 “A Question of Color” a collection of the most recent paintings of the master Luis Cruz Azaceta.

The Lyle O. Reitzel Contemporary Art Gallery, founded in 1995, presents the new solo show of the acclaimed master of Cuban origin, based in New Orleans, Luis Cruz Azaceta, titled "A Question of Color" on Thursday June 14, 6:30-10:00 pm, in its main space of the Piantini Tower in Santo Domingo.
The individual exhibition curated by LOR, belongs to a recent period 2016-2018, and consists of eleven sophisticated paintings, of a minimalist wave and explosive colors, handling abstract/geometric constructions in the composition, large and medium formats, produced in techniques mixed on canvas and also includes two works on paper arches.
Azaceta explores the world we inhabit and its constant processes of change: the environment, terrorism, migratory movements, identity and the collapse of economies. The artist affirms "Through art, I face these realities. My intention is to create compassion. The vehicle of compassion is the aesthetic that attracts one to look closely at what are, sometimes, sometimes dantesque matters and embrace them."
For the teacher, art is a way of facing the world. For the master, art is a way of facing the world, he recognizes that change is inevitable and we are all implicated in it. "The world we inhabit is contingent and changing; and chaos is an inherent part of the process. This is the reality that we all share and that we often ignore" he comments.
Luis Cruz Azaceta, born in Havana in 1942, left Cuba as a teenager in 1960. After emigrating to the United States he lived in New York, graduated from the School of Visual Arts and began his long career as an artist. Since the late 1970s, his paintings and drawings have addressed the moral and ethical pulse of this country. His first works focused on urban violence, the AIDS epidemic and racism.
Cruz Azaceta is a devotee of the visual experiment who often develops parallel series in several media at the same time, combining materials in totally unexpected ways, such as with his extended series of photographs mounted on twisted metal bolts.
The artist has exhibited extensively nationally and internationally and has been awarded by The Guggenheim Memorial Foundation, The National Endowment for the Arts, The New York Foundation for the Arts, The Joan Mitchell Foundation. His works belong to the permanent collections of the Metropolitan Museum, NY, Museum of Modern Art (MoMA), NY, The Whitney Museum of Art, NY, The Smithsonian American Museum of Art in Washington, DC, Museum of Fine Arts, Caracas, Venezuela . Marco, Museum of Contemporary Art of Monterrey, Mexico, among others.
The exhibition "A Question of Color" will be open to the public until August 2, 2018, becoming the fifth individual that LOR organizes the artist, the first has been "Migrations, Labyrinths & Hallucinations" (2005), succeeding them, "Sin Words "(2007)," Labyrinths "(2010)" Falling Sky "(2013) and" Swimming to Havana "in New York (2016)