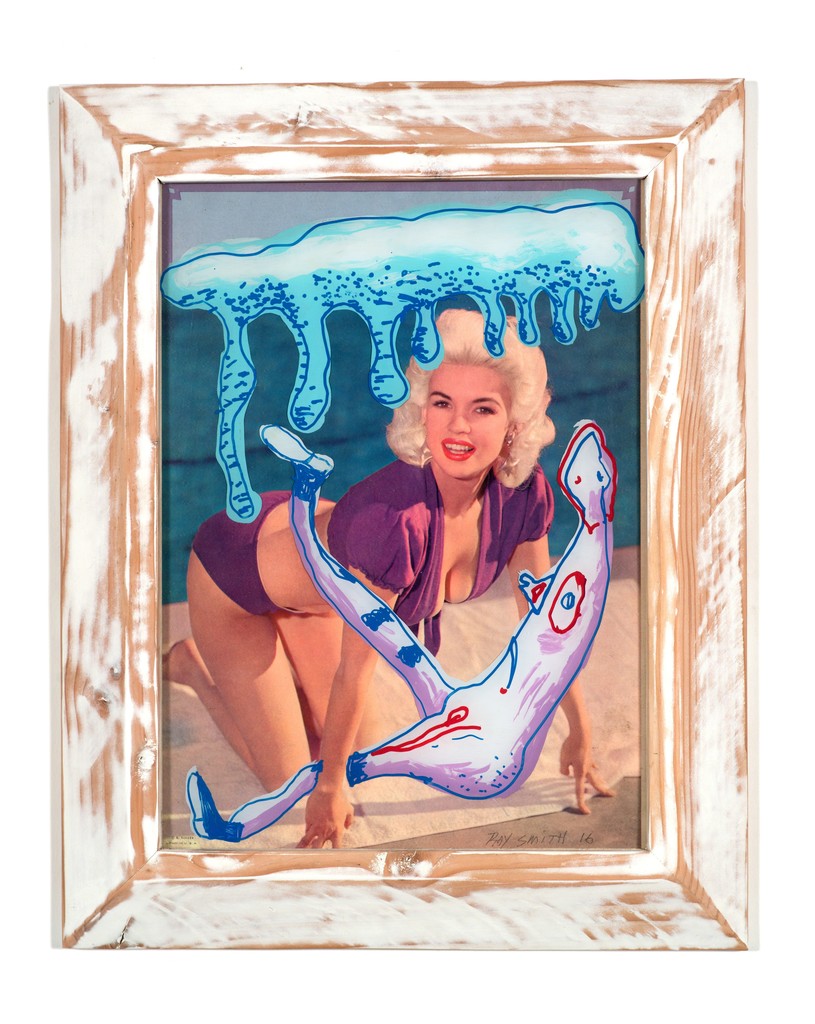 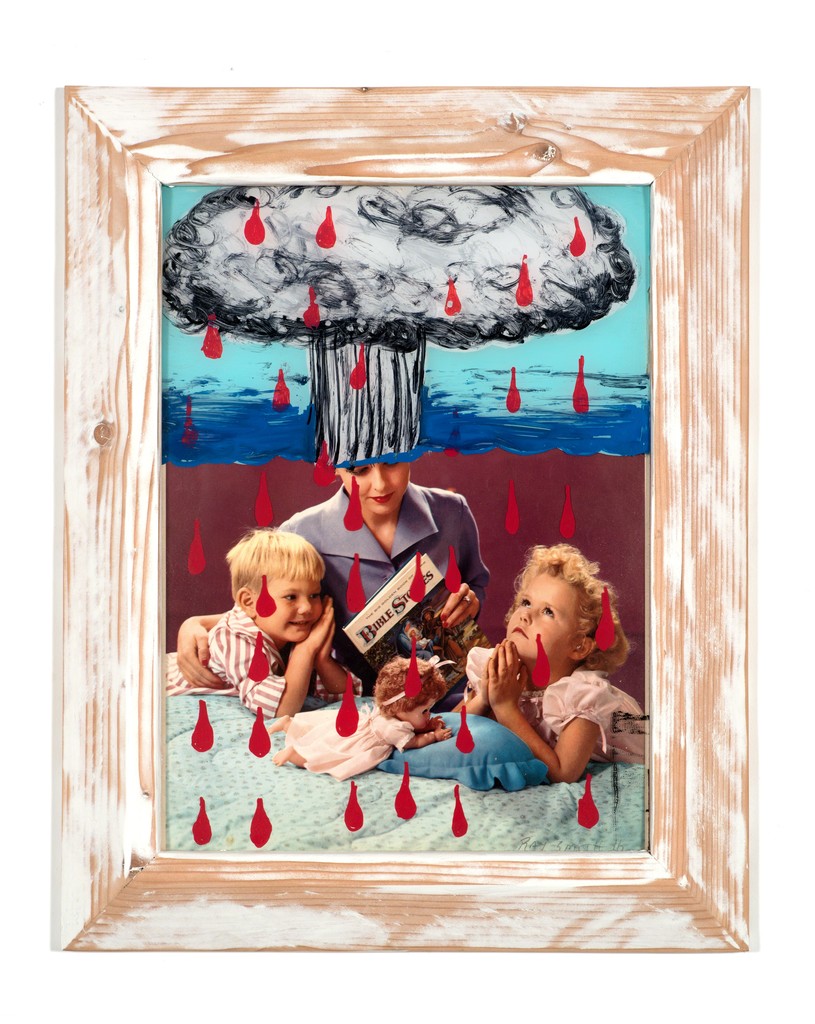 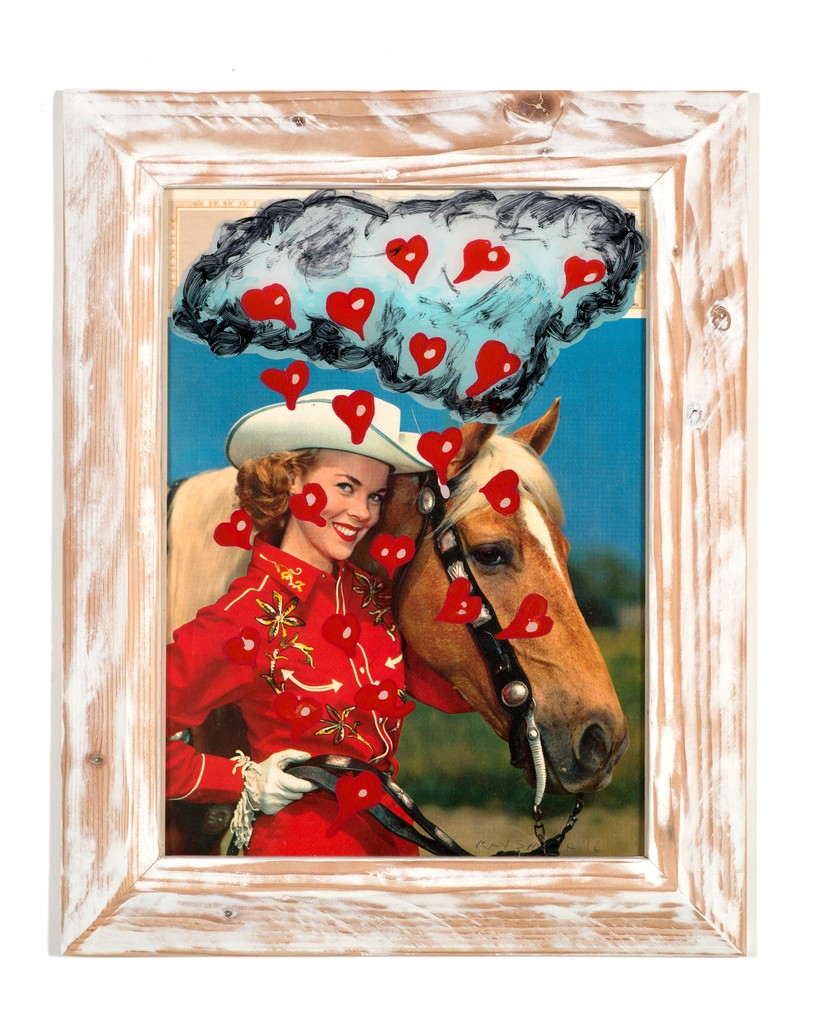 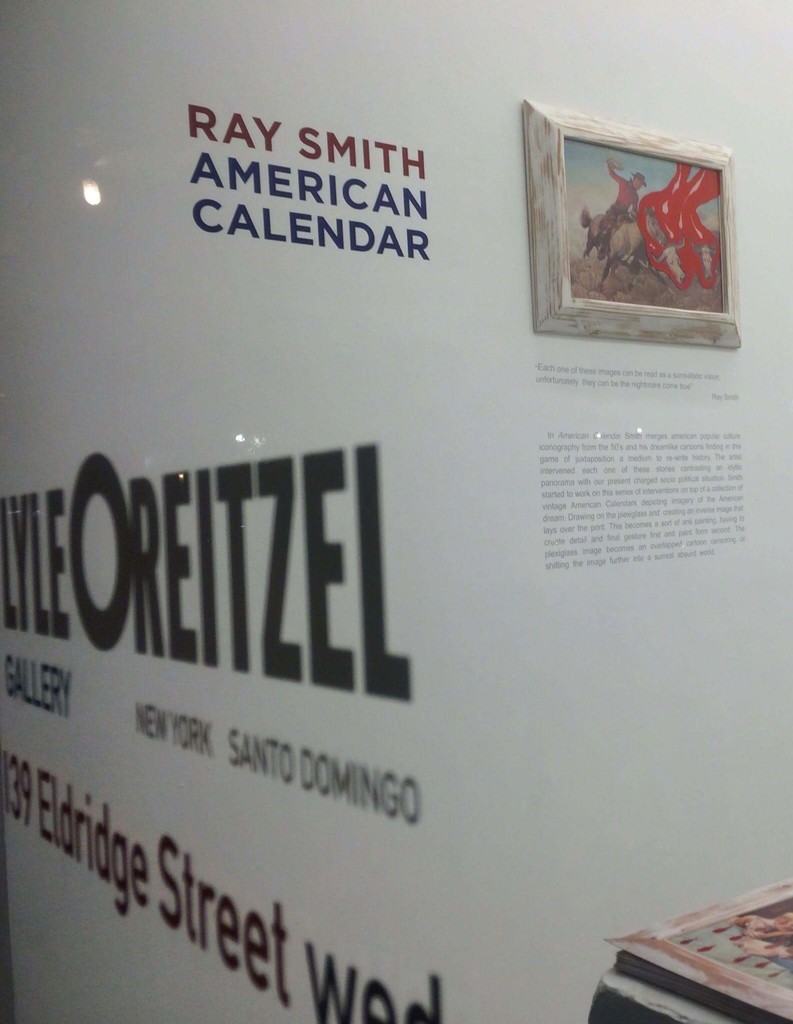 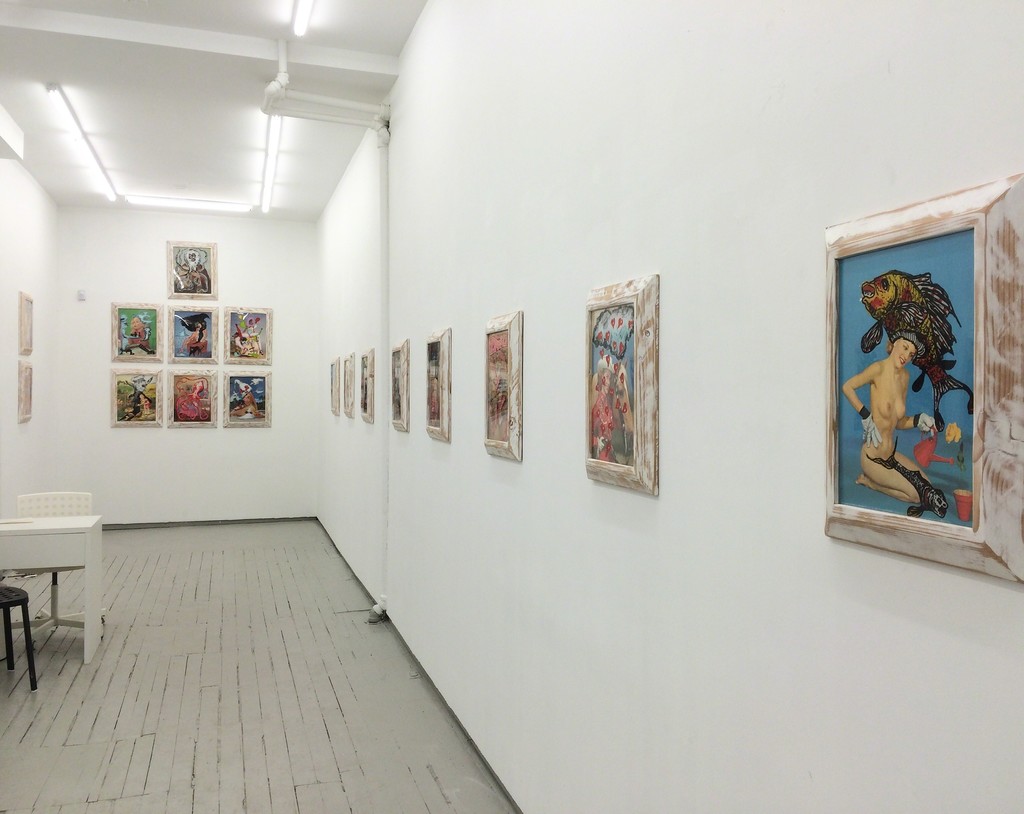 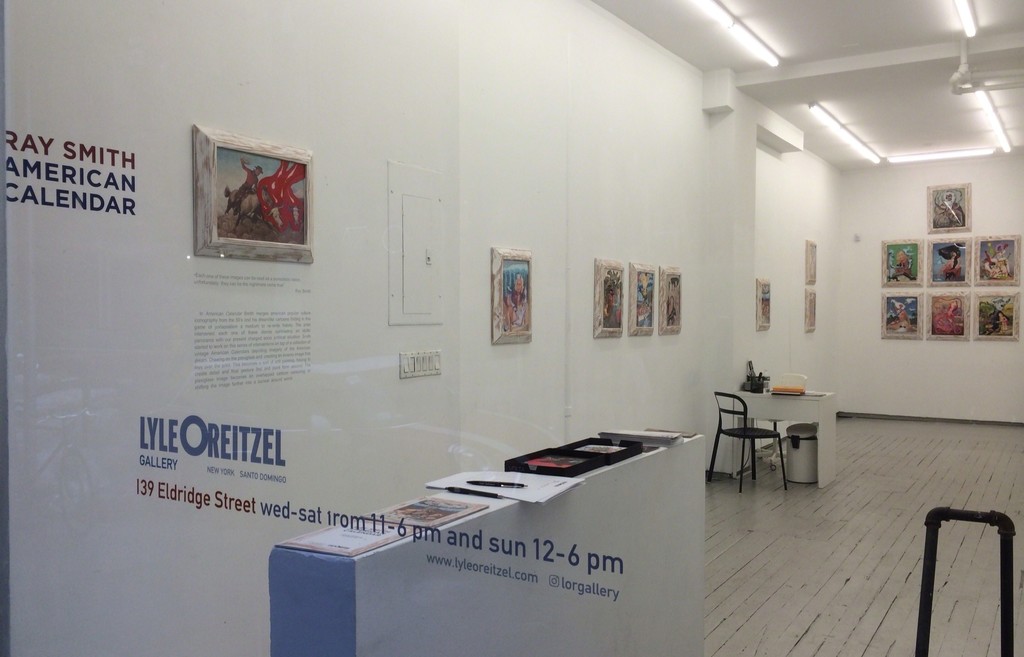 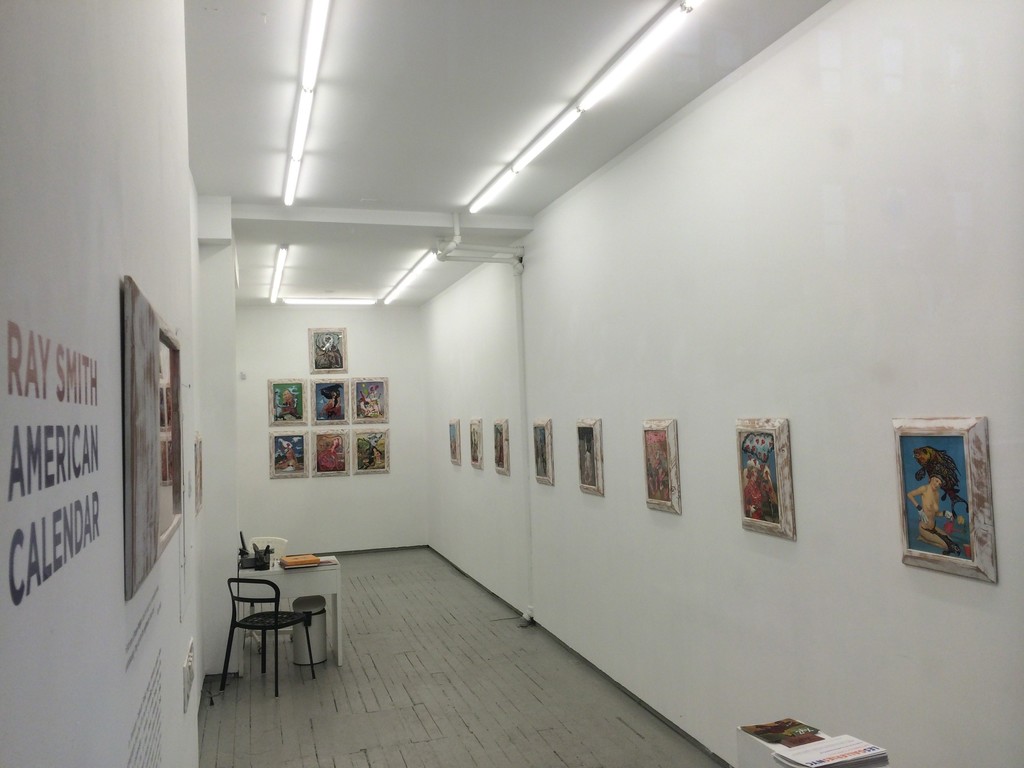 Lyle O. Reitzel gallery NY presents "American Calendar" a solo show by the legendary New York artist, Ray Smith. The opening will take place September 9th, 2016 at LOR NY's new space, 139 Eldridge St. Lower East Side, Manhattan, from 6:00 p.m. to 10:00 p.m. Ray Smith started to work on this series of interventions on top of a collection of vintage American Calendars depicting imagery of the American dream. The artist decided to keep the original images as an ironic document of other times. Smith's intervention of these stories contrast an idyllic panorama with our present charged socio political situation.“Each one of these images can be read as surrealistic visions but I can see them as nightmares as well," says Smith.

Smith’ work plays and merges popular culture iconography between time and space finding in this game of juxtaposition, collage and assemblage a medium to re-write history. A medium that has characterized Smith’s painting, sculptures, printmaking and film on his long career. The art critic and curator David Barro says about Smith’ work “The interval is the space in which we create definitions, the place in which, by means of experience we build our vision of the world, laid on a foundation of a dialectics of opposites. This interval, this border place one that enables things to happen, is the idea that Jacques Ranciere applied to the field of aesthetics to conclude that it is in transition that contemporary art dwells. And also I am convinced the work or Ray Smith, steadfast in his approaches and sincere in his way of expounding pleasure.”

Ray Smith is a contemporary American artist born in Brownsville Texas in 1959.

Painter, Sculptor, Filmmaker and Printmaking artist Smith mixes art historical elements with postmodern imagery. Often creating a series of scenarios with traces of Surrealism and references of chaos in his juxtapositions. He frequently utilizes anthropomorphic animals in his work in a manner akin to Pablo Picasso’s Guernica, stating about the creatures in his work: “They are beasts, but they are directly attached to a blueprint of our own existence.” Smith’s work has been widely exhibited in the United States and Mexico, as well as in Japan, Europe, and South America. He exhibited in the 1989 Biennial Exhibition at the Whitney Museum of American Art, New York City; the First Triennial of Drawings at the Joan Miro Foundation in Barcelona, Spain; and “Latin American Artists of the 20th Century,” an exhibition that traveled from Seville, Spain to the Musee National d’Art Moderne at the Pompidou Center in Paris, France; the Kunsthalle, Cologne, Germany; and the Museum of Modern Art, New York City.