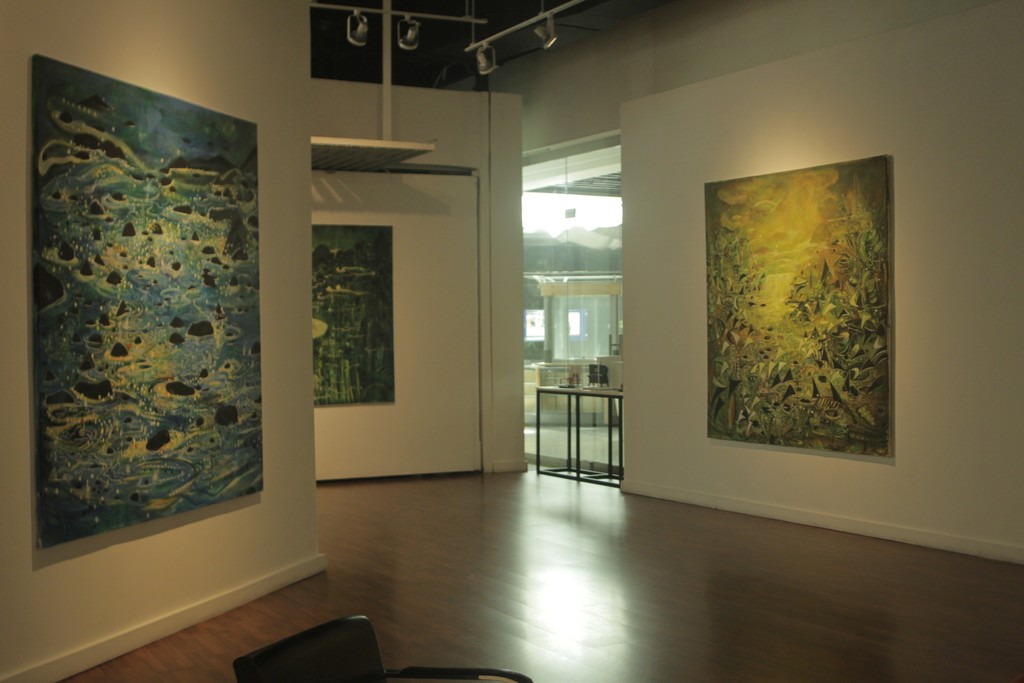 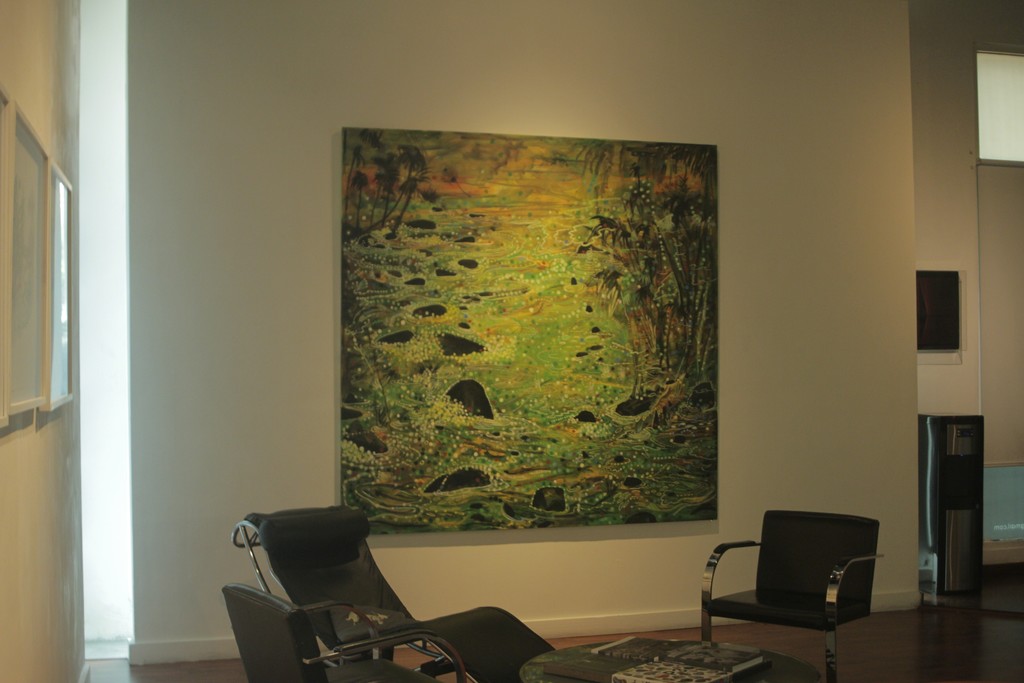 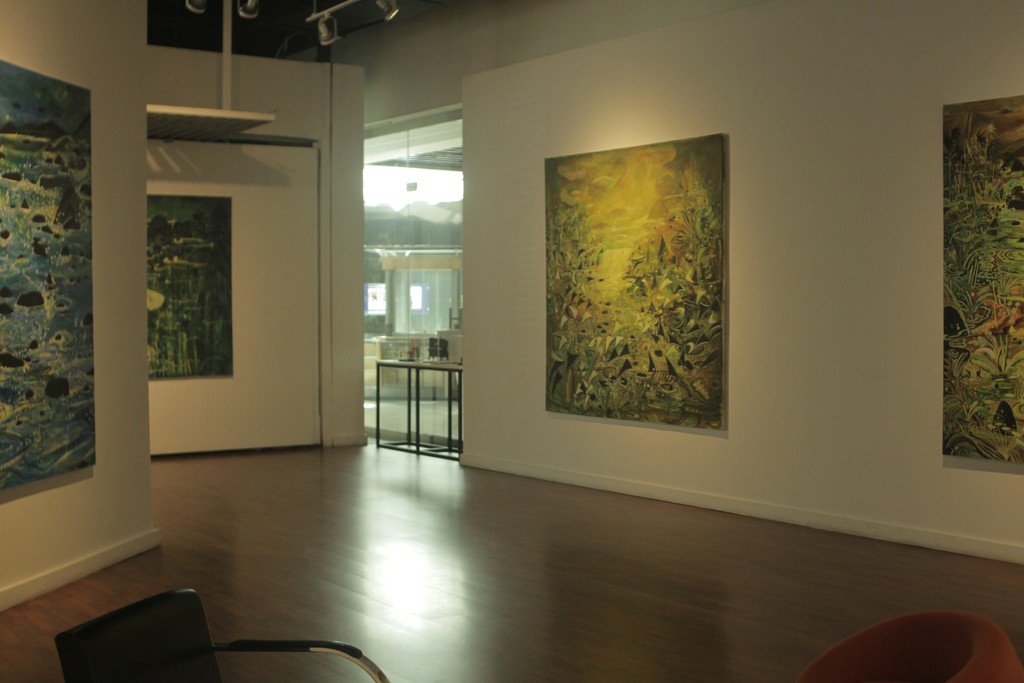 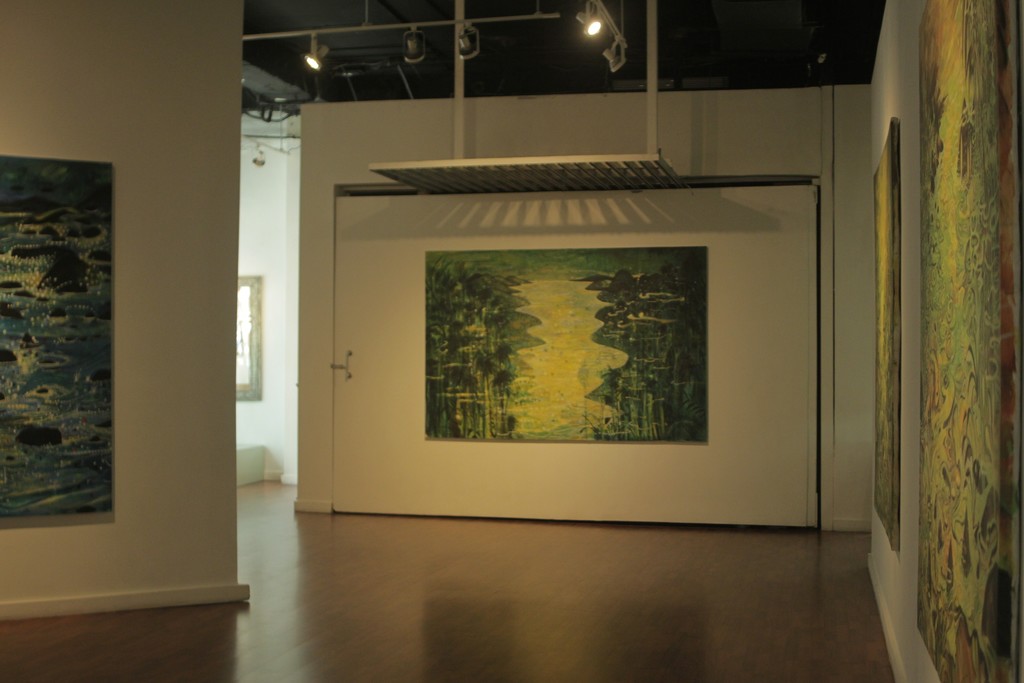 Lyle O. Reitzel Gallery, founded in Santo Domingo in 1995, with a branch in New York City, is pleased to announce Pacific/Caribe 2016 - 2017 by Raúl Recio. The show includes large format paintings and a series of drawings of various formats created with ink on arches paper. The opening will be held next Thursday July 13th, 2017 from 6 PM - 10 PM.

In this new show titled Pacific Caribe, l'enfant terrible of dominican contemporary painting exhibits a rigorous selection of works, curated by Lyle O. Reitzel, from 2016-2017, where the artist references his existential experience produced by his double life among two worlds: Los Angeles, California and Santo Domingo, DR. In this context of extreme contrasts between the pacific and the caribbean, is where his tropical landscape are created, with the integration of geometric figures, elements of art-deco, where in the fast misterios rivers, multiple erotic bodies survive in movement that mimitize with rocks. The landscape plays in the frontier of abstraction with flashes of hallucinations, the feeling of belonging is lost, it is no longer ours, neither of Raúl, the landscape becomes universal.

Raúl Recio was born in Santo Domingo in 1965, the lead of the generation of the 80s, he is the most renowned contemporary caribbean artists, his work has been included in Vitamin P3, an important publication about painting today. He has been distinguished with important awards such as: The Gold Medal, II Biennale of the Caribbean and Central America, Museum of Modern Art, Santo Domingo; Premio X Biennale of Printmaking, San Juan, PR; among other awards in the Biennale of Visual Arts of Santo Domingo during the 90’s. Recio has participated in numeros international biennales such as the Biennale of Havana, Biennale de Cuenca, Ecuador, among others.

His fine art prints have been exhibited in the prestigious institution Americas Society in New York and the Bass Museum of Miami Beach, Florida during the exhibition “Modern and Contemporary Art of the Dominican Republic, with a review that included one of his prints in the New York Times.