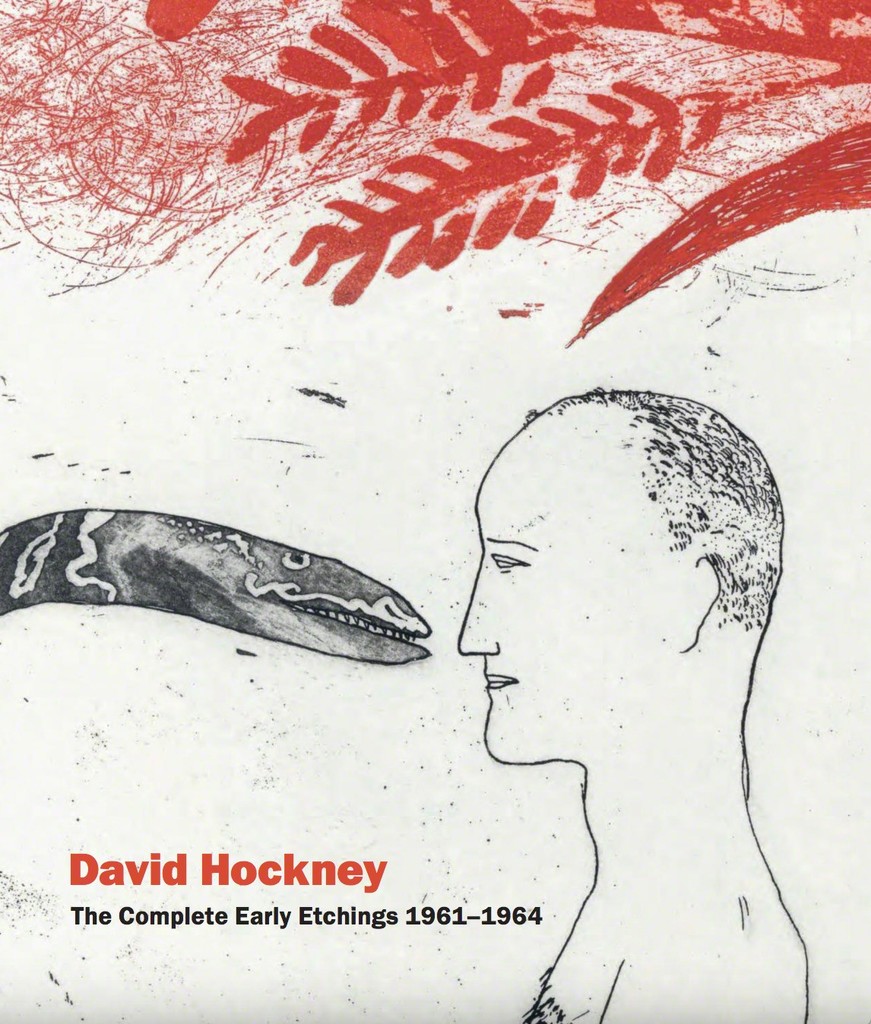 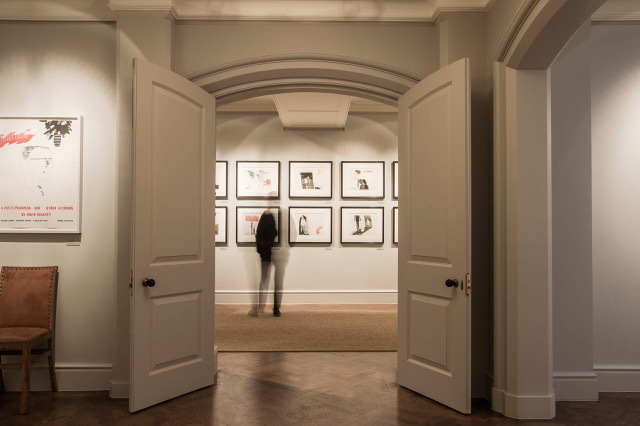 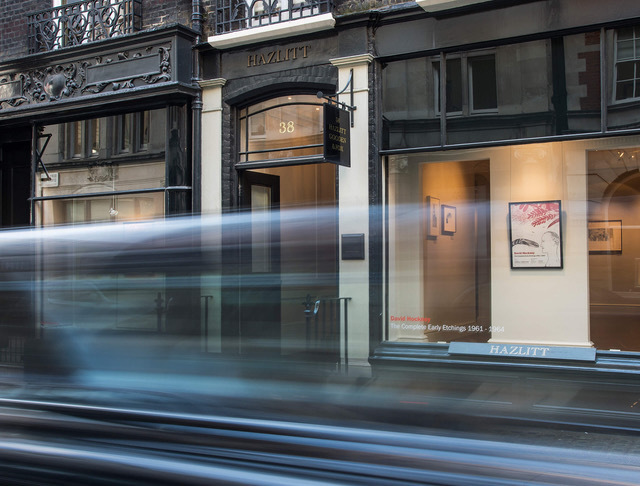 “I started doing graphic work in 1961 because I’d run out of money and I couldn’t buy any paint, and in the graphic department they gave you the materials for free. So I started etching, and the first I did was Myself and My Heroes. My heroes were Walt Whitman and Gandhi. There was a little quote from each of them, but for myself I couldn’t find anything – I hadn’t made any quotes – so it just said, ‘I am twenty-three years old and wear glasses,’ the only interesting thing I could think to say about myself.”

The first-ever exhibition of David Hockney’s complete early prints (1961-1964) will open at Hazlitt Holland-Hibbert in early February 2017. This exhibition is a collaboration between specialist post-war print dealer Lyndsey Ingram, whose new London gallery space opens later in 2017, and James Holland-Hibbert, an established dealer in modern and contemporary British paintings and Director of Hazlitt Holland-Hibbert. The exhibition includes an impression of every print David Hockney made from 1961, when he began working in this medium, to 1964, including works that have never been seen before. Highlights from the show include a complete A Rake’s Progress series, as well as the rare, unique self-portrait ECR (1961) on loan from Tate, and In Memory of Cecchino Bracci (1962) which will be on loan from a private collection. To provide context for Hockney’s ground-breaking graphic work, the gallerists also aim to include some of Hockney’s paintings and drawings from this period in the show. For an image sheet of key works, please contact Sarah Greenberg ([email protected]) and see press information below.

The exhibition focuses on the years 1961–1964. This period represents a formative moment in Hockney’s life as a young artist; it spans part of his time at the Royal College of Art (where he was a student from 1959-1962), his first years as an independent artist in London and a period in which his printmaking was solely focused on etching. They encompass his student years, his first prints, his ambivalent response to Pop Art, his first visit to the United States (after he won an art prize for one of his prints that funded his travel to New York), as well as the creation of his renowned A Rake’s Progress series of etchings on his return. The entire Rake’s Progress series will be on display.

A fully illustrated scholarly catalogue, with an essay by the art historian, curator and leading Hockney specialist Marco Livingstone, accompanies the exhibition. This will be the first complete catalogue of Hockney’s early prints. This exhibition coincides with and complements David Hockney, the artist’s retrospective at Tate Britain, also opening in February 2017.

Portrait of the Artist as a Young Man

Hockney’s early prints in particular exemplify his raw talent, experimental energy and ability to radically transform every artistic medium he touches. He began making prints as an impecunious student at the Royal College of Art in 1961 because he couldn’t afford paint supplies. Soon however, he mastered the medium and made prints with abandon, using the immediacy of printmaking to express, document and reflect upon every aspect of his life as a young art student in London at the time. Taken together, Hockney’s early prints create a kind of portrait of the artist as a young man.

‘We learn so much about Hockney through his early printmaking,’ says Lyndsey Ingram, who has curated the show. ‘These works are intensely personal. They are about him, yet also about everyone else in his life at the time. They show him exploring his sexuality, standing up to authority and testing boundaries – we see this reflected in how he pushes the medium to its limits. If we consider Hockney’s career as a transition from line to colour, here we see him developing the character of his line.’

Ingram has organized this show because both she and her long-time friend and collaborator James Holland-Hibbert wish to explore this early, often-overlooked and under-valued period of Hockney’s graphic work. ‘These are not pretty pictures. Instead they form a gritty diary of his youth as an emerging artist exploring subversive themes,’ says Ingram. ‘They shed light on what mattered to him artistically and personally at the time and are crucial to understanding Hockney’s evolution as an artist. In many ways they remain surprising and shocking today.’