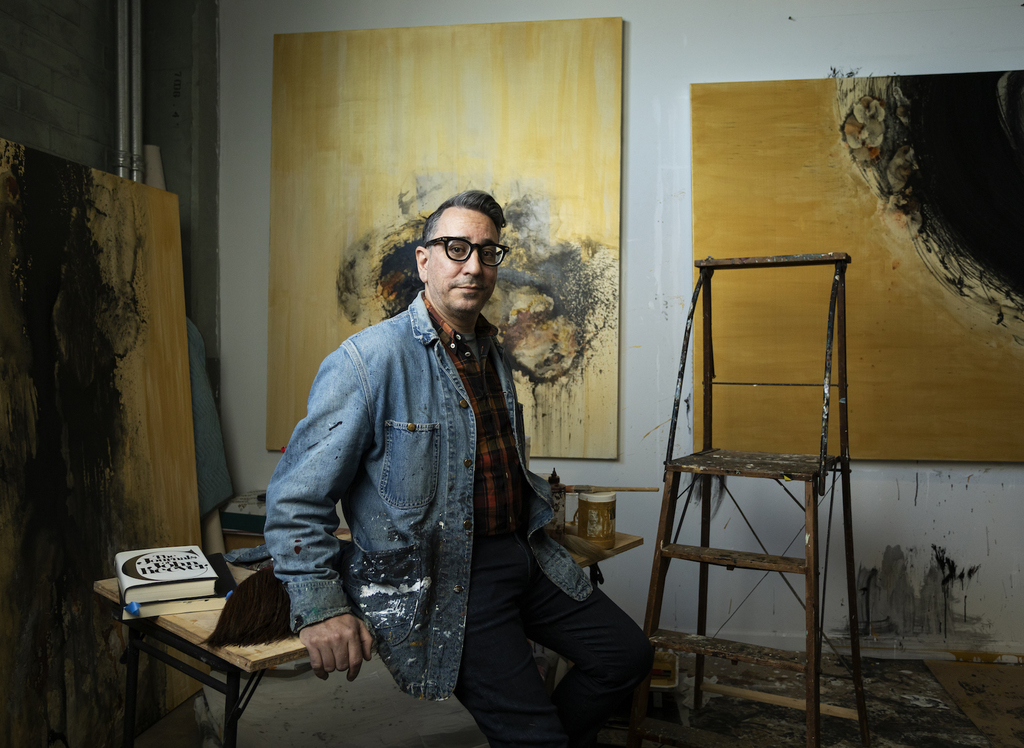 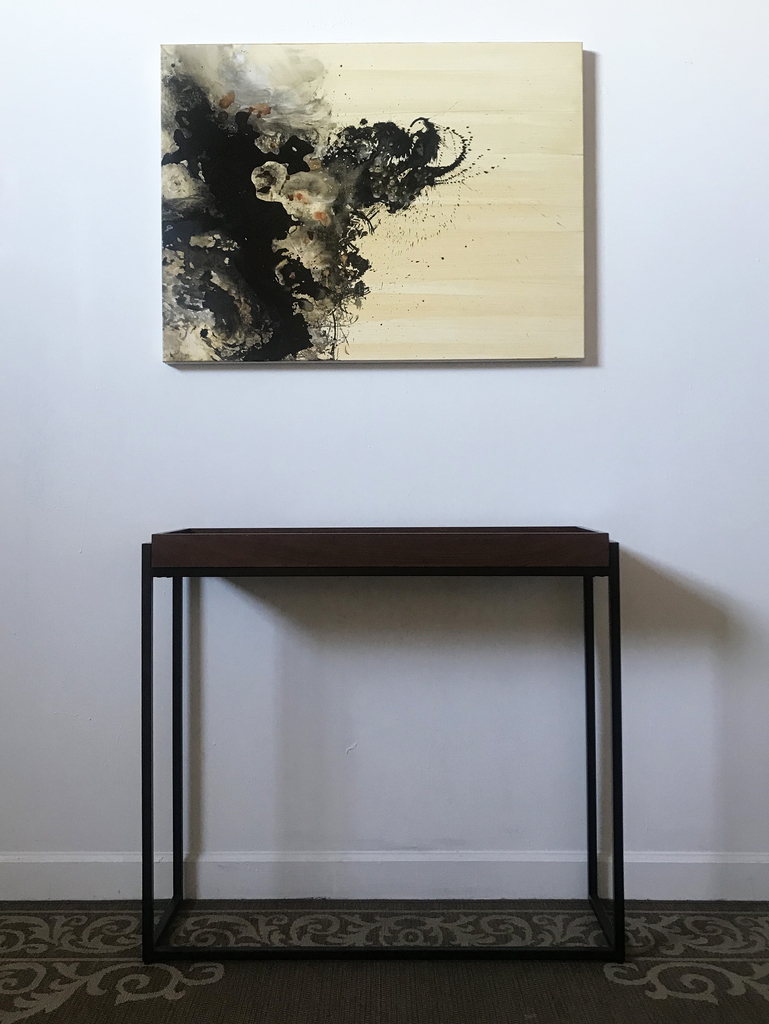 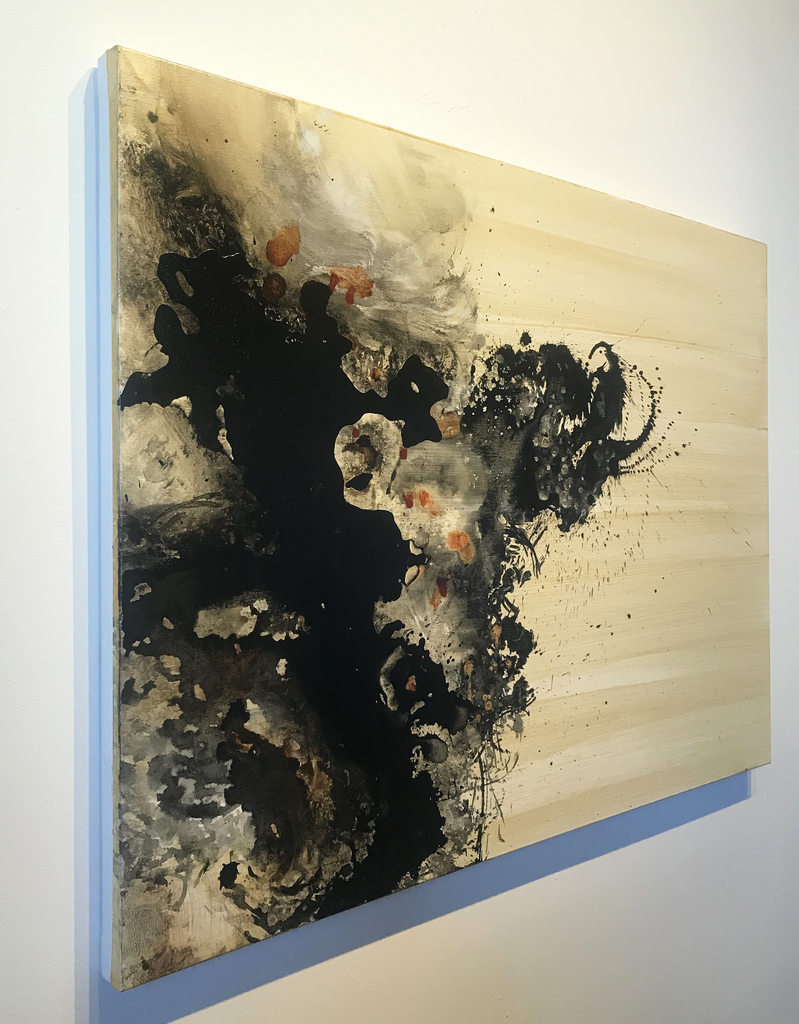 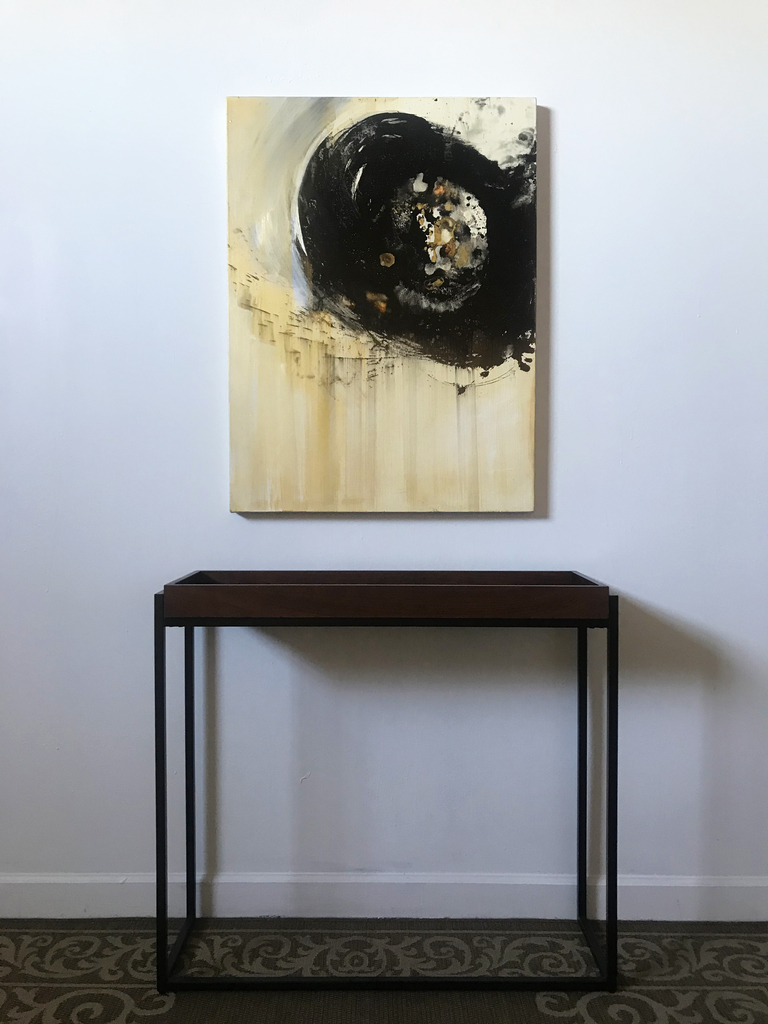 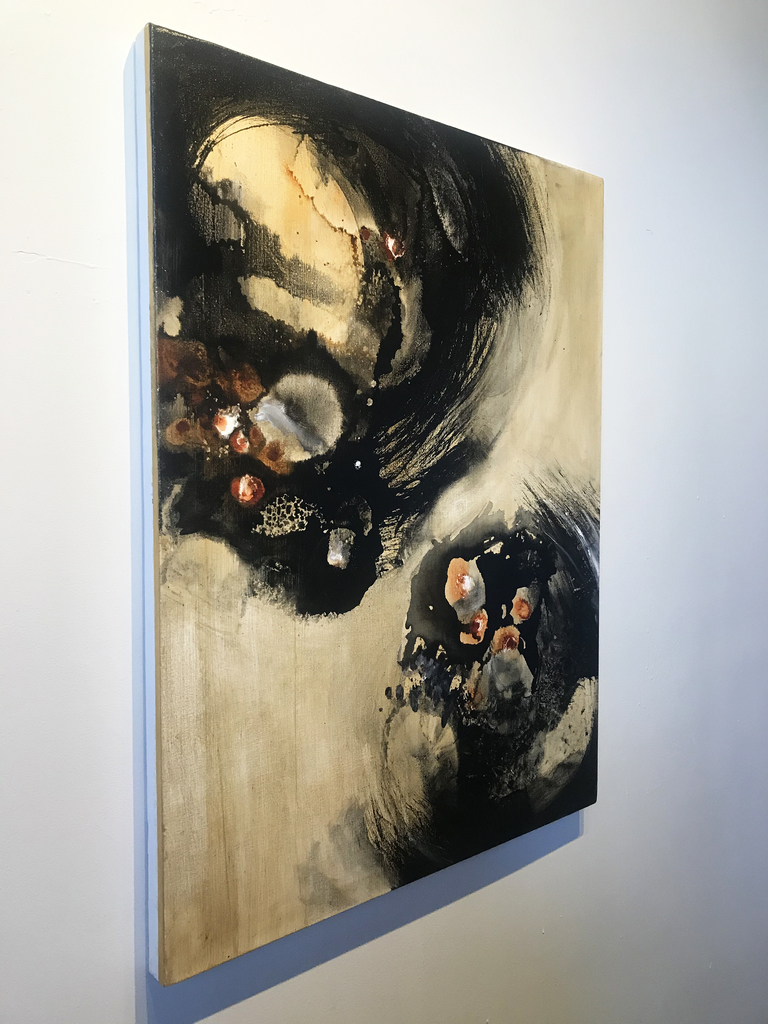 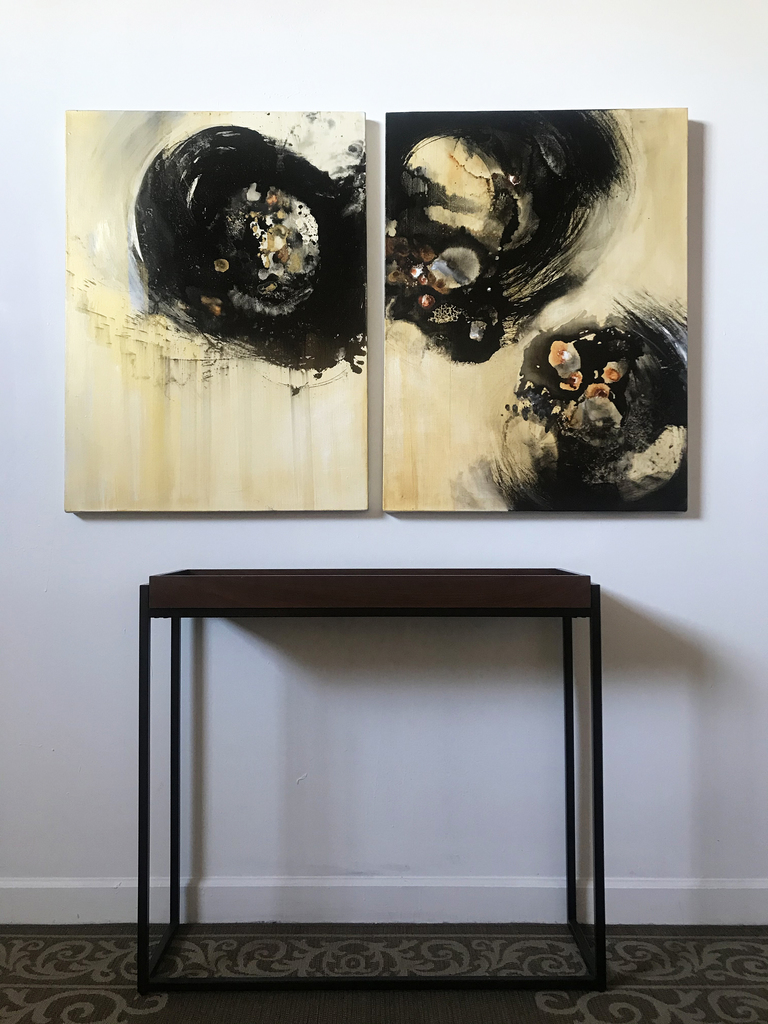 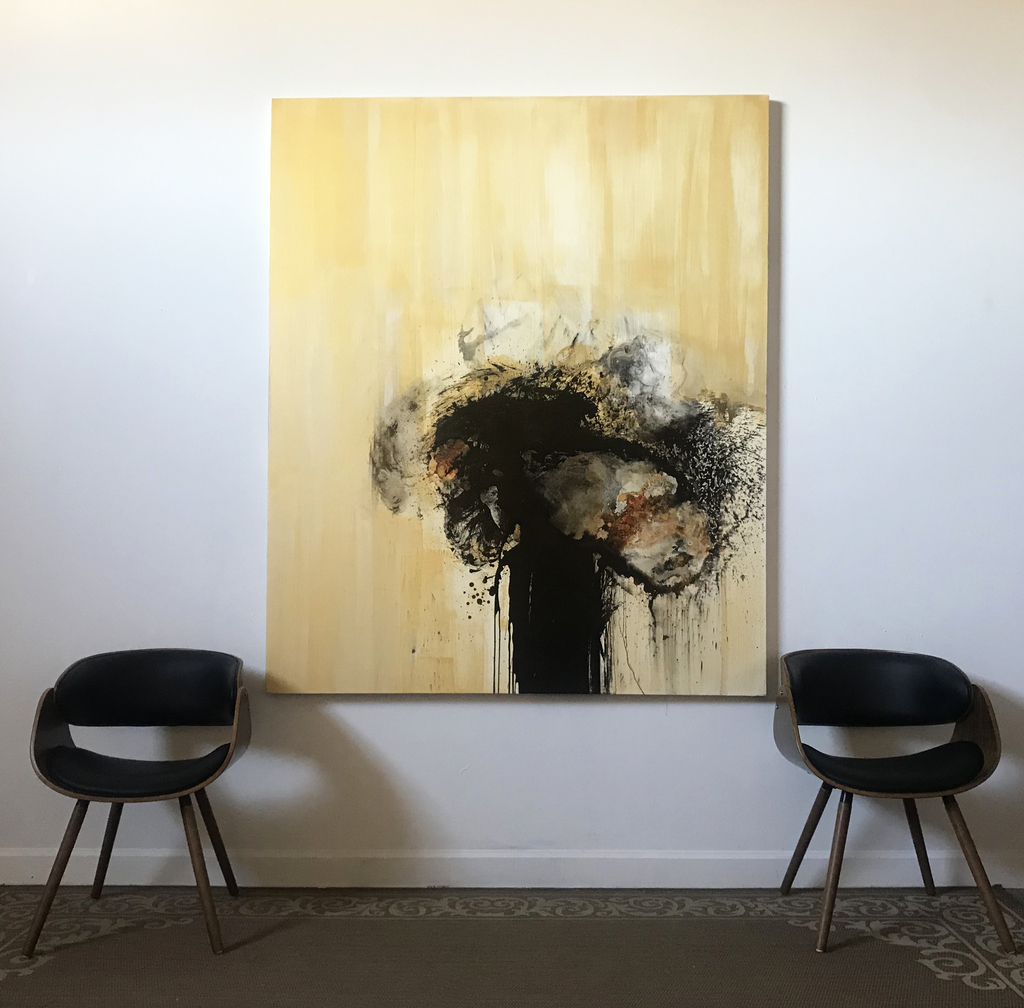 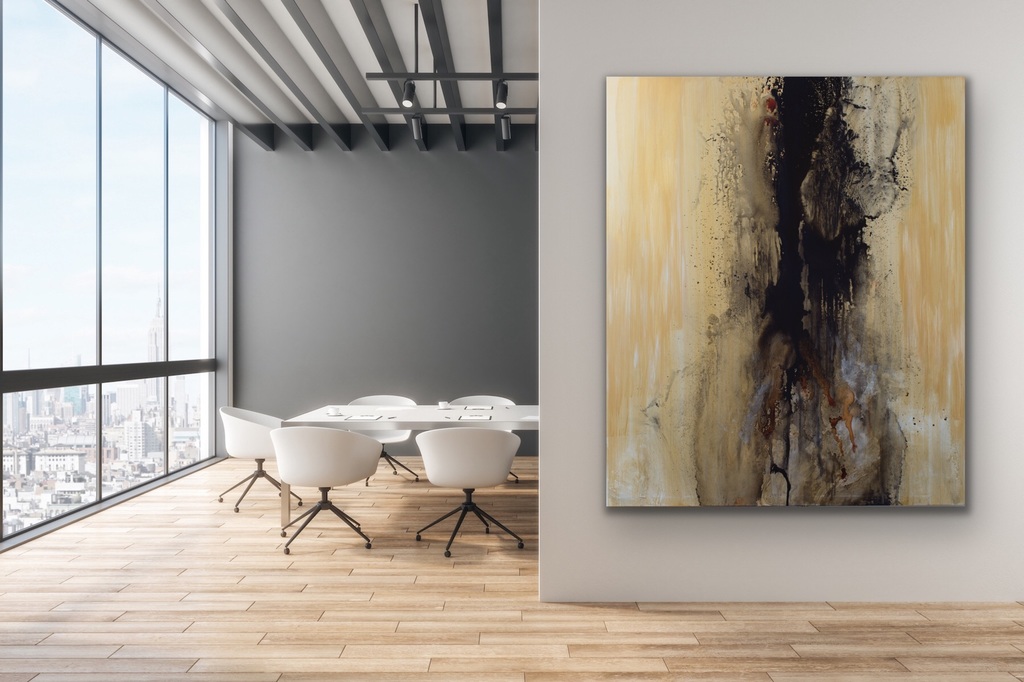 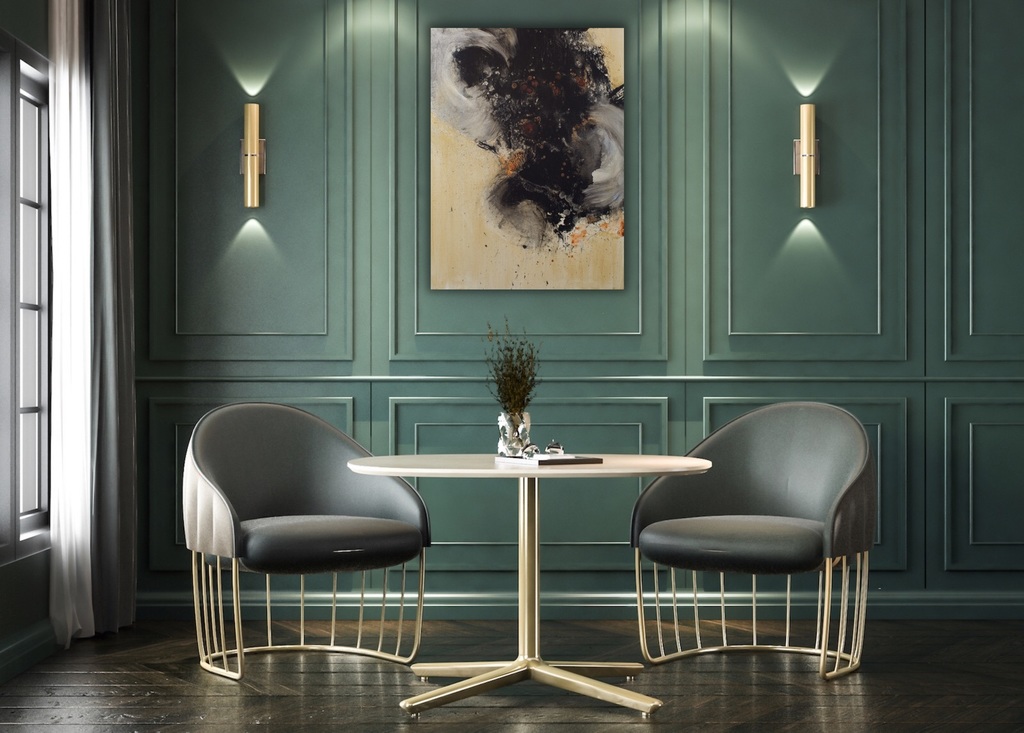 In his latest abstract series, Christopher Rico explores what makes us deeply human, across time, and across cultures. Cave paintings, rites of passage, hallucinogen-fueled hunts, ceremonies, and the need to tell stories as we look up to the stars. Rico paints broad, visceral gestures in ink across luminous grounds of iridescent paint, which reference both eastern calligraphy practice and western religious painting. The paintings' titles are often names of ancient city states, long forgotten but once great empires. Through the act of painting Rico gives the ancient and primordial life and relevance in the contemporary moment.

Of his process, Rico states, "My work is process driven. It involves a lengthy process of application and removal of paint to achieve the ephemeral qualities present in the final paintings. What appears spontaneous is carefully honed from layering and stripping until there is only essence. This sense of dissolution is, at least for me, a metaphor of our time and age as a waning empire. Yet, what I find even more interesting is that I am attempting to convey a fleeting moment of force and movement within a fixed and unmoving image that will remain fixed in time. The challenge, then, is to somehow preserve the temporal nature within the static medium.

Christopher Rico is an American abstract painter living and working in South Carolina. He grew up on military bases across the United States and has lived on both coasts and along both borders. He received his undergraduate degree from the University of Memphis in 1995, followed by an intensive series of studio art and art history courses at Presbyterian College from 2003-2005. In 2016, he received his Masters of Arts from Clemson University. Rico has exhibited internationally in Australia, England and Germany, in regional art museums in South Carolina as well as commercial galleries in Atlanta, GA and New Orleans, L.A.