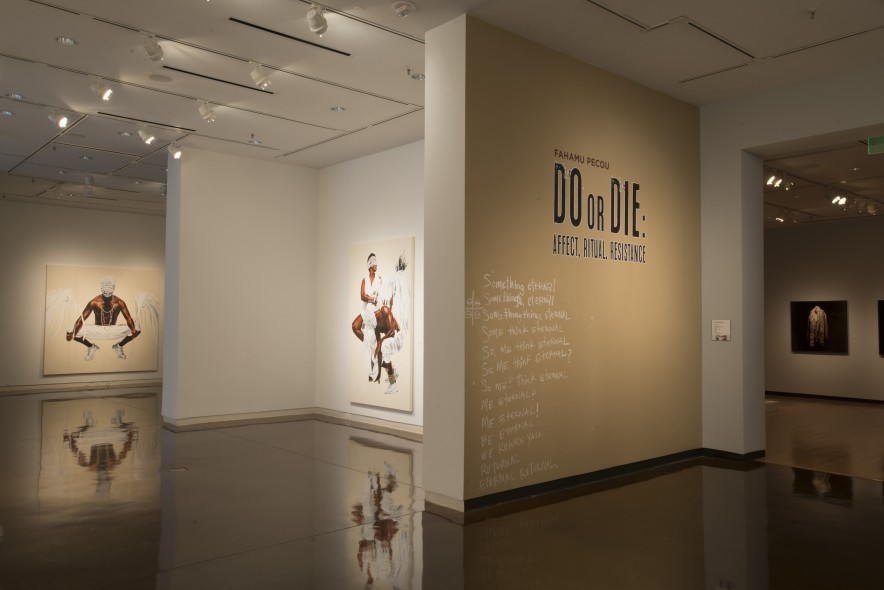 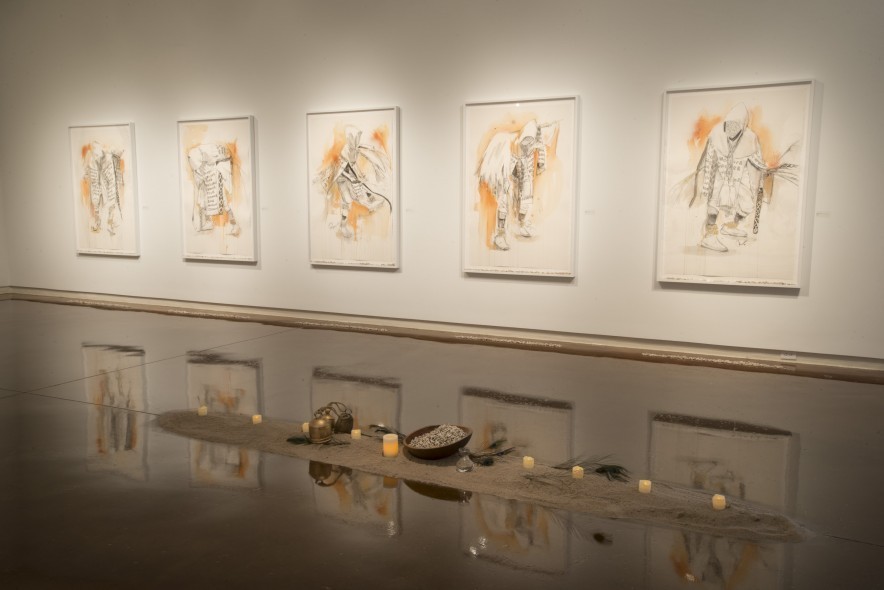 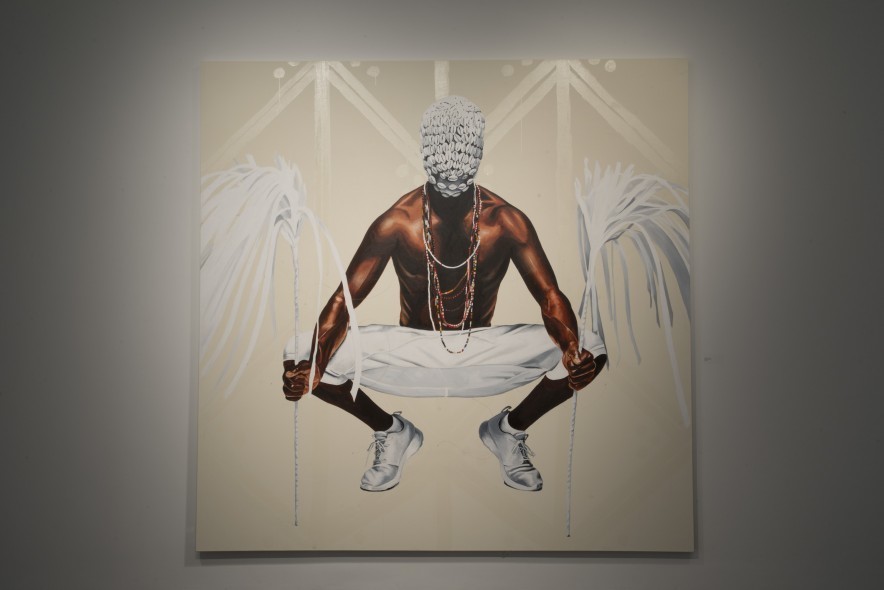 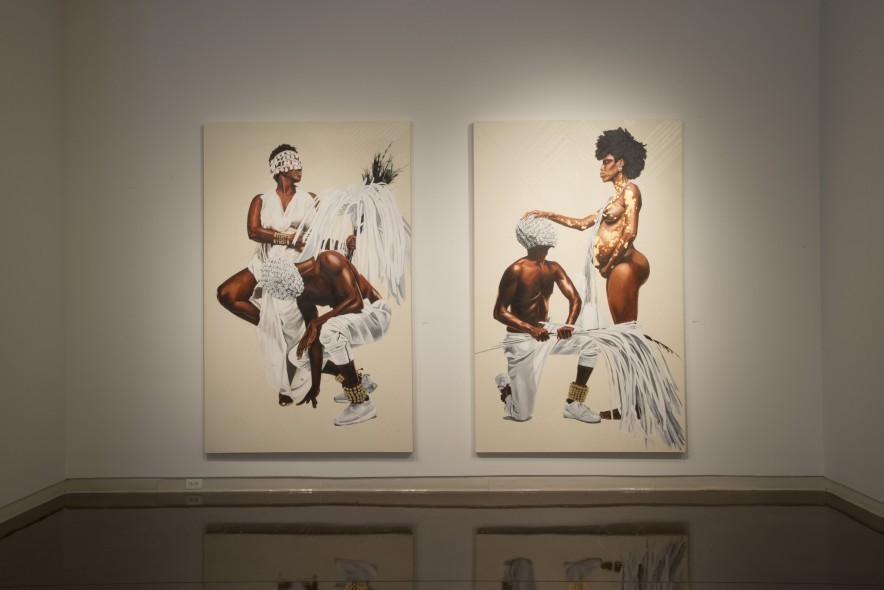 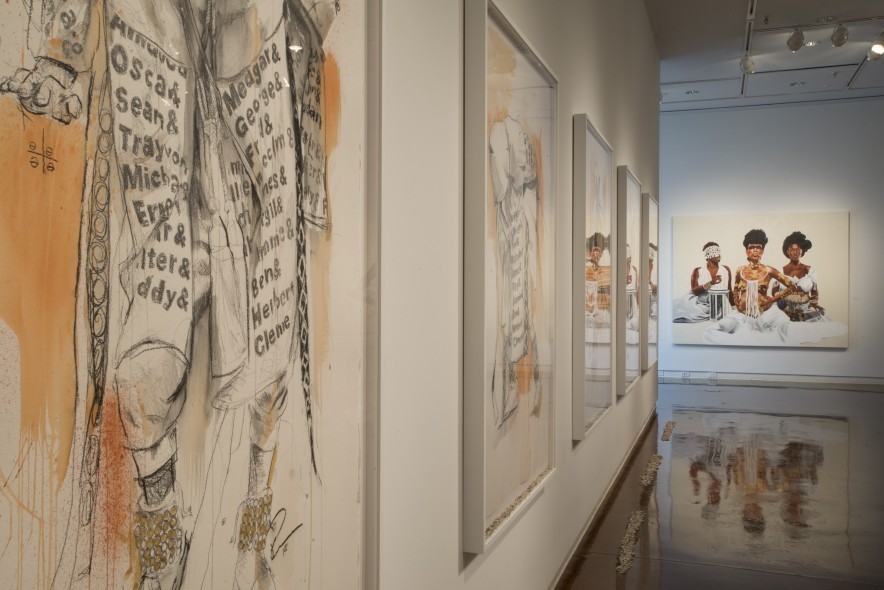 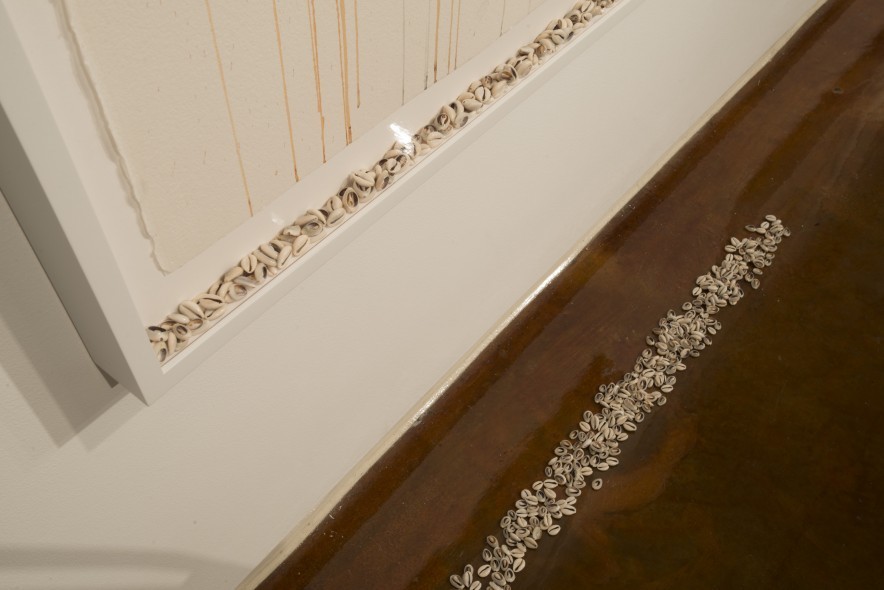 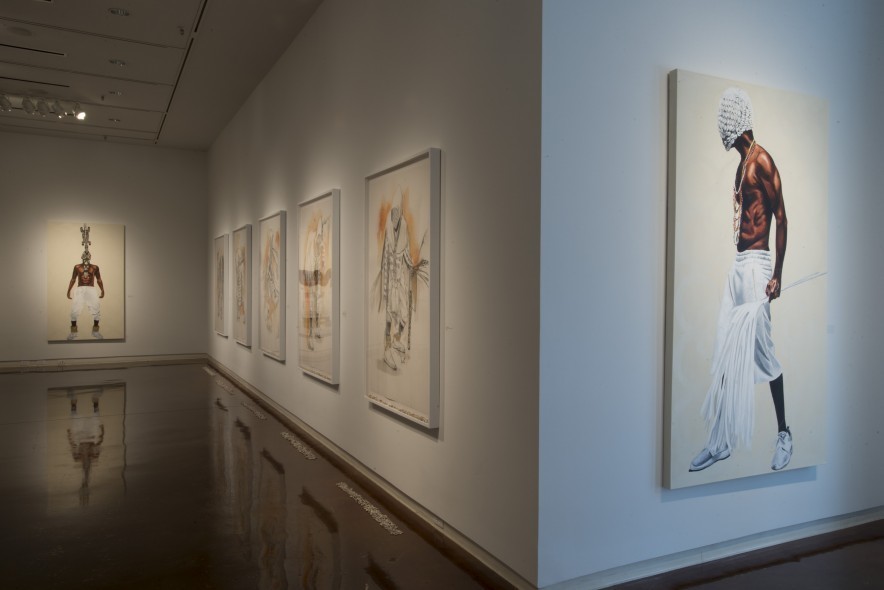 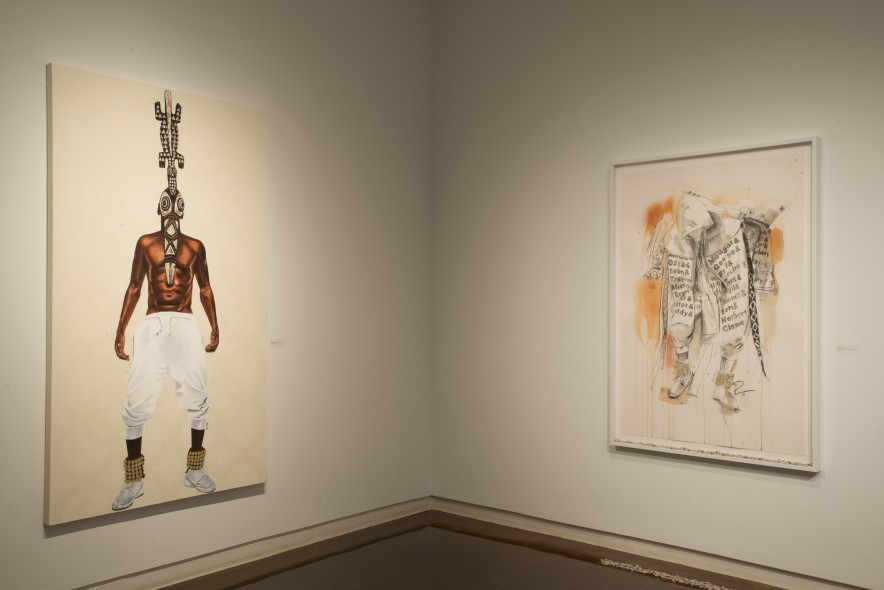 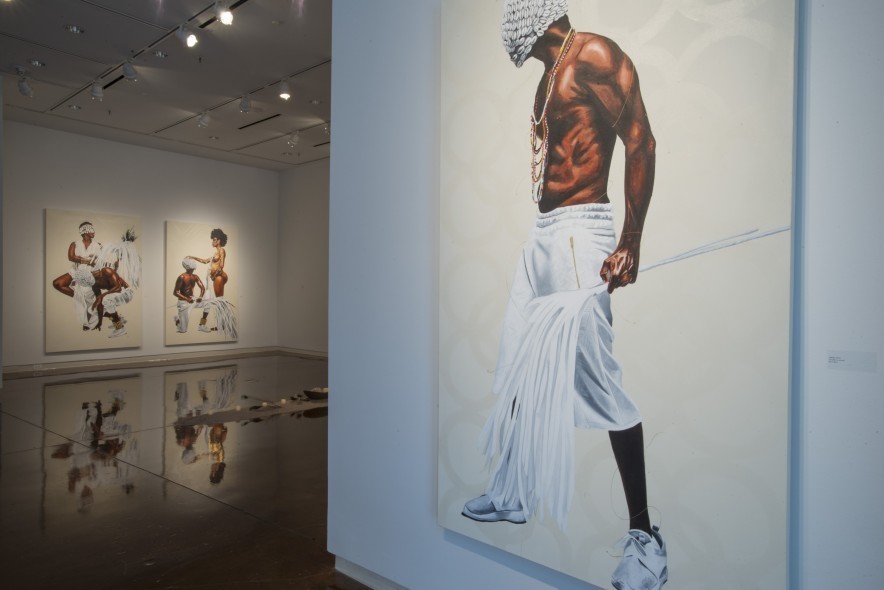 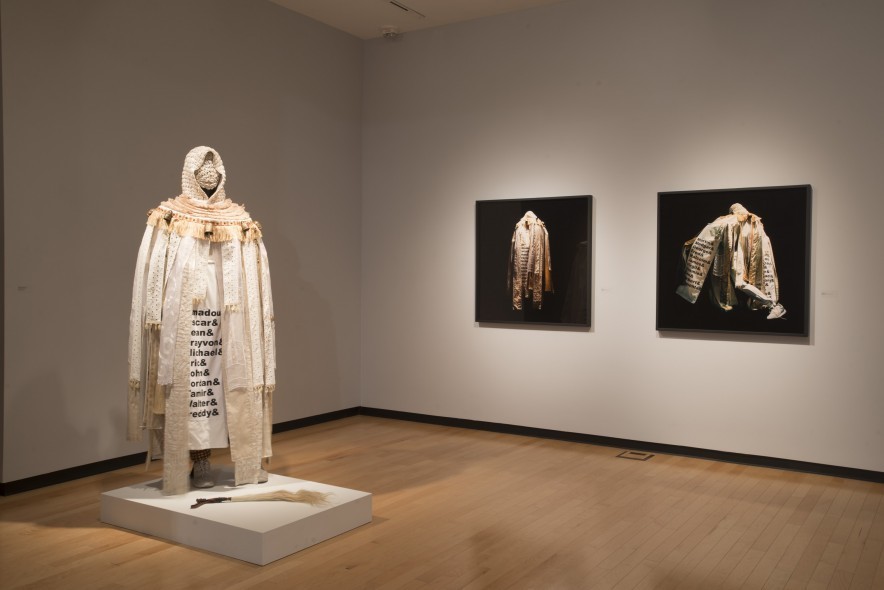 In his latest series, Fahamu Pecou profoundly explores the state of Black existence - life and death - today. Violence in our society is endemic and pervasive. Undeniably Black bodies are disproportionately effected, through the legacy of slavery and Jim Crow to current day shooting - the massacre at Charleston’s own Emanuel AME church in summer 2015 - just one tragic example of many. In the midst of this Pecou asks, “under looming threat of death, how might we inspire life? Through what mechanisms could we resist the psychological violence and despair inspired by the threat of violence and usher in hope?” Or how might art serve as a space of resistance?”

"DO or DIE: Affect, Ritual, Resistance" serves as one artist’s action in opposition to these overwhelming societal forces, seeking instead to elevate and re-contextualize Black life and death. Through performance, painting, drawing and video Pecou reframes our view, incorporating references from Yoruba/ Ifa ritual to cultural retentions of hip-hop to the philosophy of Négritude, and through this shapes a story that seeks to assert life over death.

As Pecou states: “DO or DIE" is a different type of spectacle, one that distances itself from the terror and violence typically associated with Black bodies. It affirms life and life beyond. It reclaims what was lost, turning our gaze inward and ultimately forward. Through ritual, performance, and image, the exhibit challenges the perception of death’s dominion. Ultimately, "DO or DIE" is a reminder of an intimate balance that affirms life. It is art as affective resistance. It is a healing.”