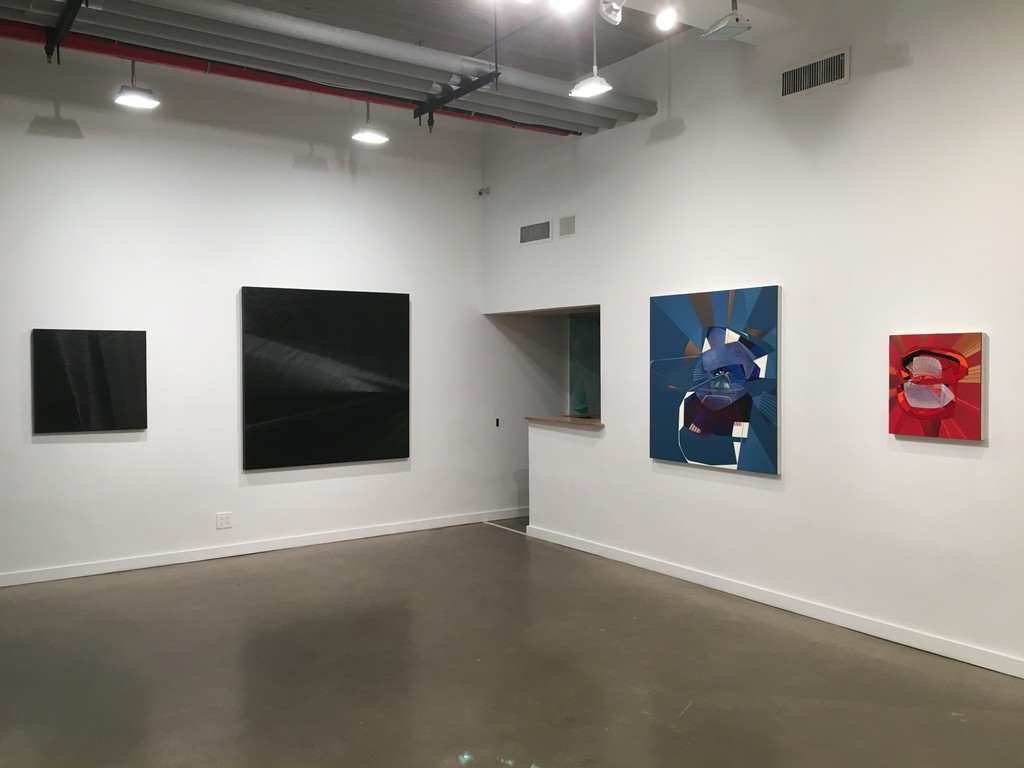 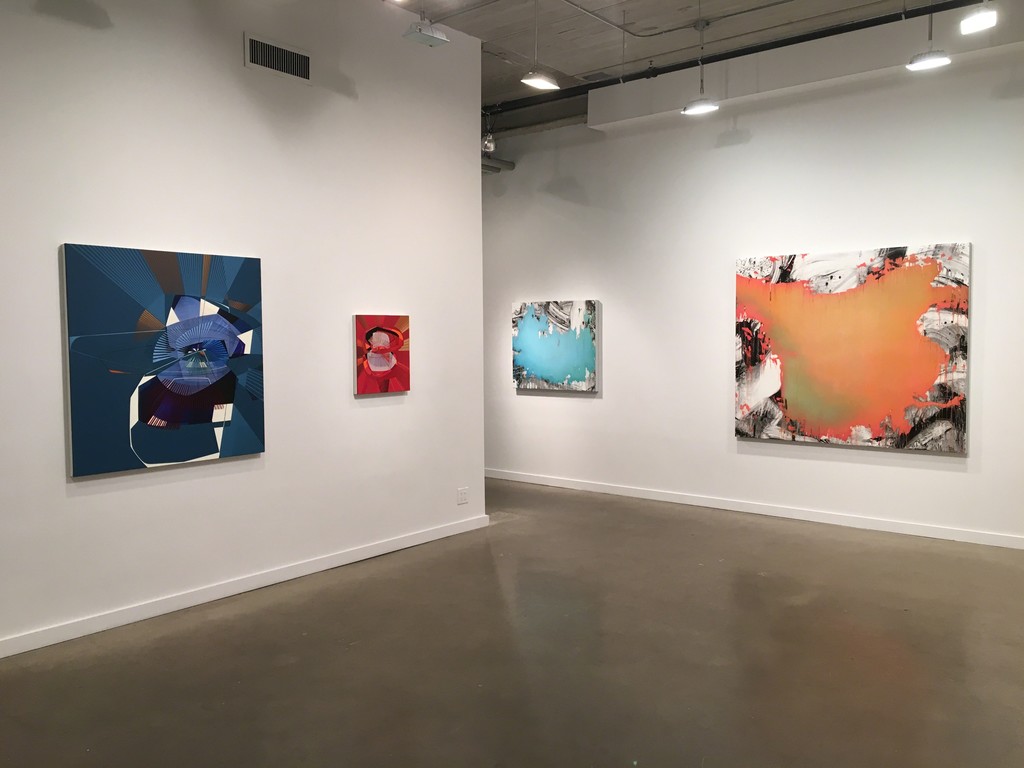 (From left) Alex Couwenberg "Into The Sea" and "Advert," (right) Jeff Muhs "What Dream Is This" and "Flanked by Ravens" 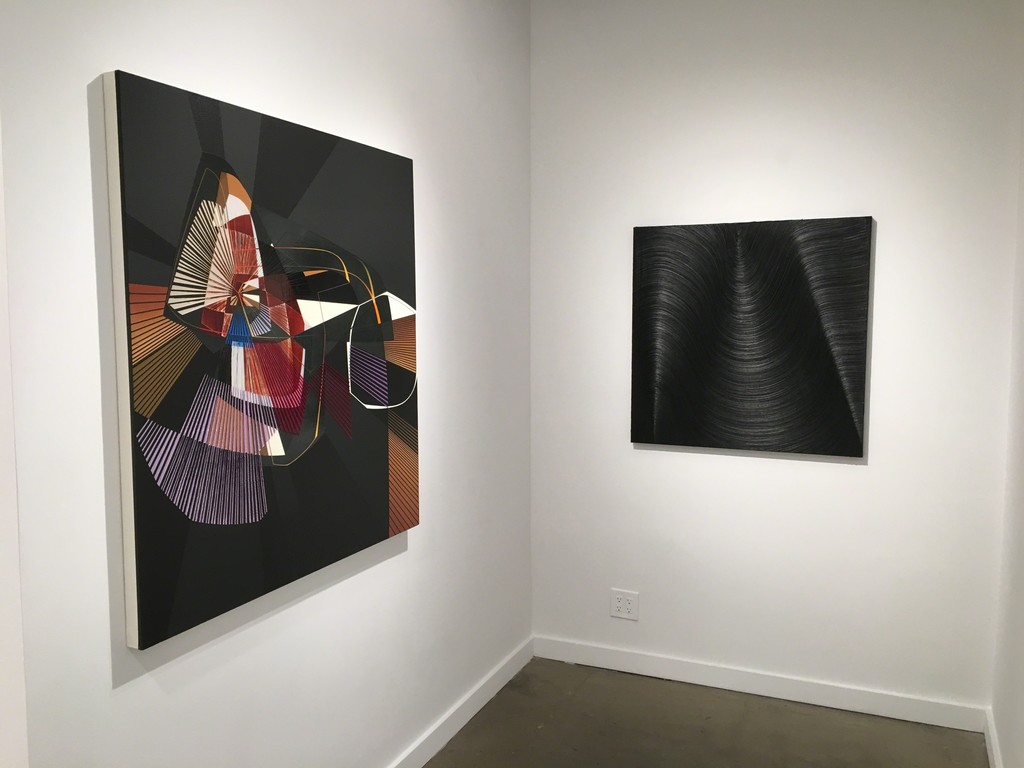 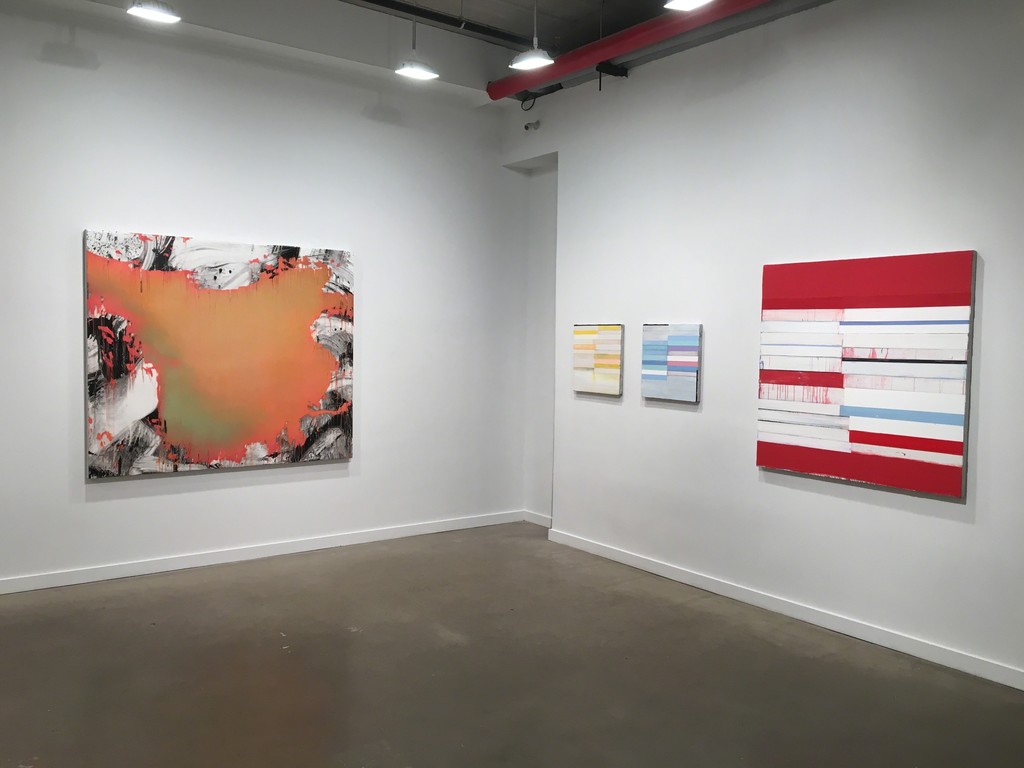 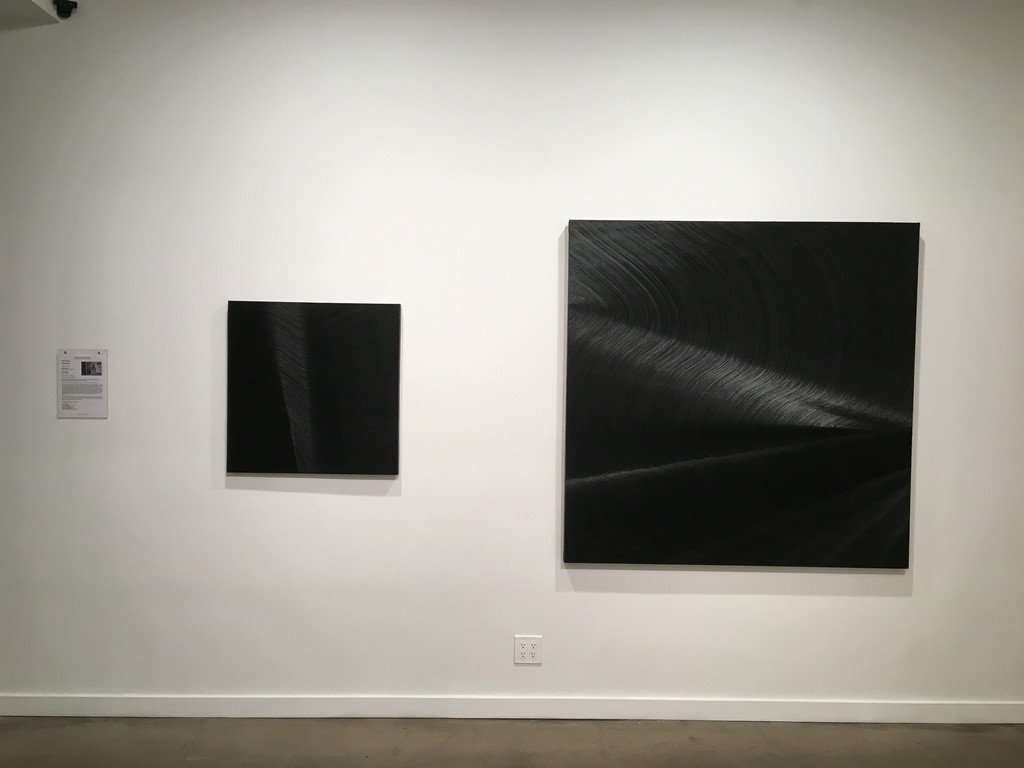 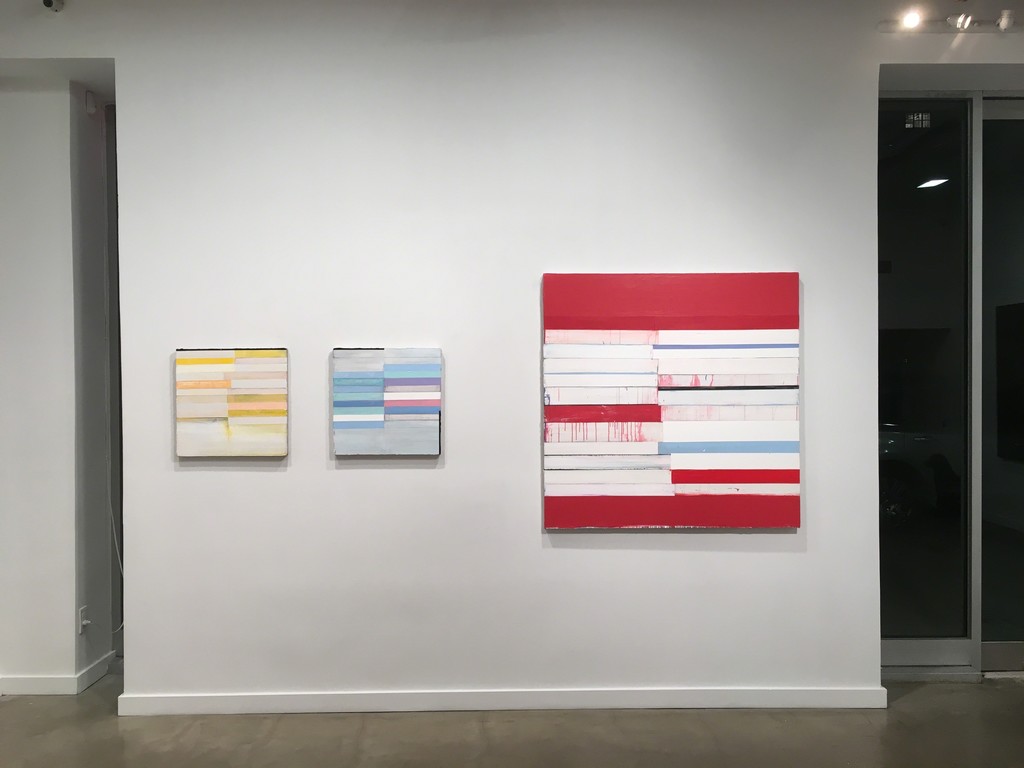 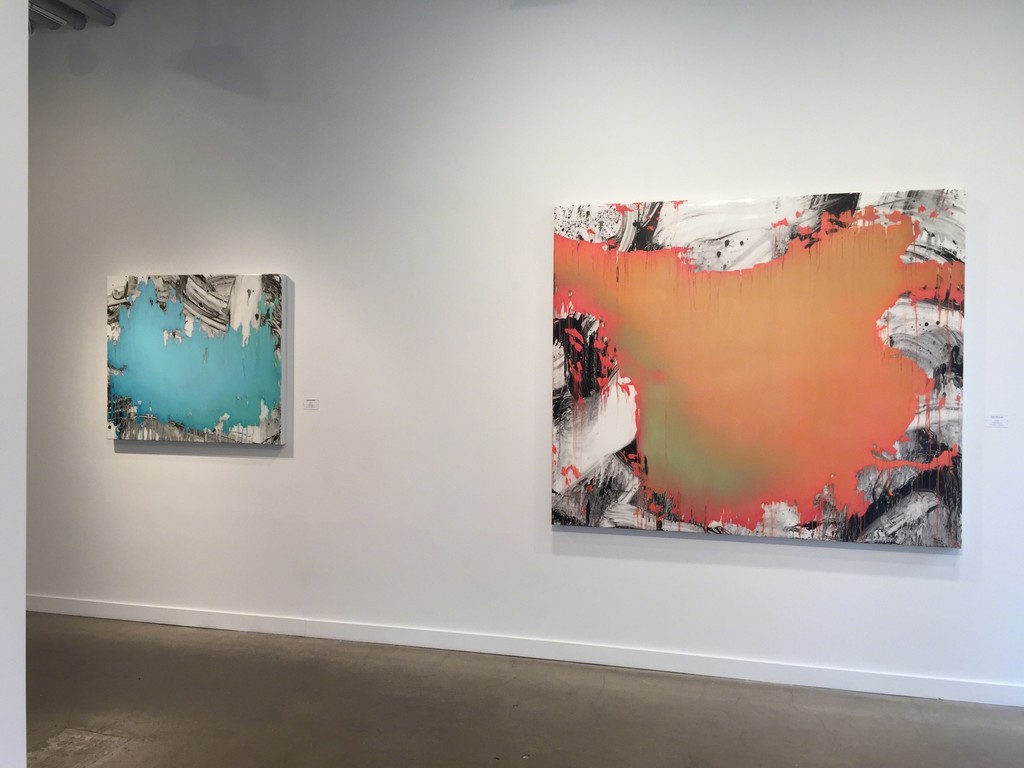 Jeff Muhs "What Dream is This" and "Flanked by Ravens," oil and mixed media on canvas 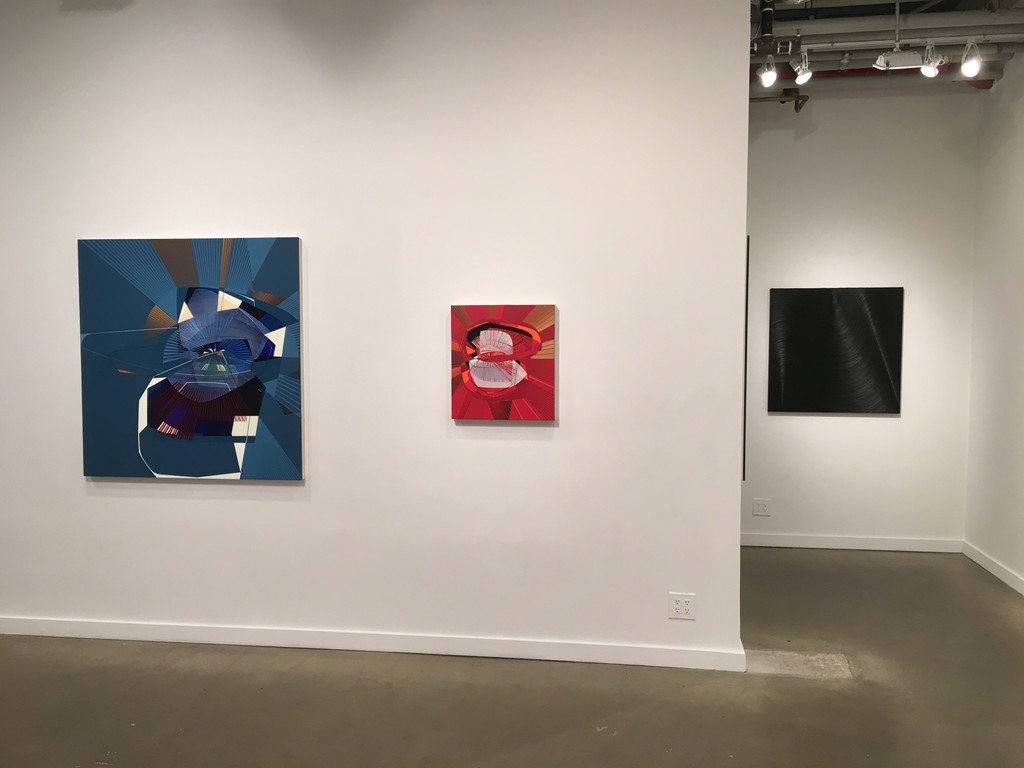 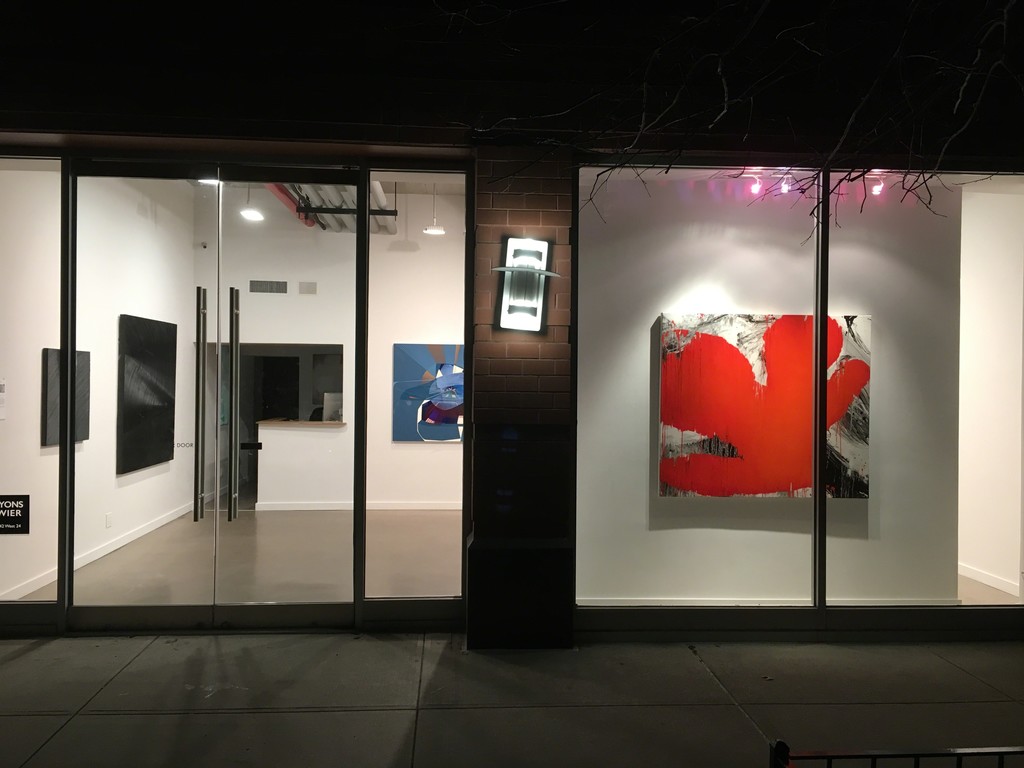 FORETHOUGHT (fôrˌTHôt): noun, careful consideration of what will be necessary or may happen in the future.

Alex Couwenberg, Jeff Muhs, James Austin Murray and Mark Zimmermann are at their core Formal Abstractionists. Their use of color, freedom from objective context, and reduction of form to basic geometric designs is the thread that weaves these four artists together.

As Formal Abstractionists it is easy to get lost in the process of their work. Alex Couwenberg's hard edge abstractions are developed via taping or masking out areas, one upon another, creating a kaleidoscope of color. Jeff Muhs' two-part process painting begins with an intuitive addition and subtraction method of applying black oil paint upon a white resin surface. Once the black and white under-painting is fully realized, he then paints atop an oil and encaustic composition that evokes the same intuitive feel as the under-painting, but is in fact very controlled and methodically manipulated. James Austin Murray's work is nothing short of alchemy. His ivory black paintings are executed in a single unencumbered brush stroke that simultaneously captures and release light causing the surfaces to dance. Lastly, Mark Zimmermann's work is based on the marriage of meditative fields, architectonic structures and an organic gestural line that is one part intentional and one part accidental.

FORETHOUGHT demonstrates how four artists, with different but overlapping practices, represent the transformative power of line, color and form. Each is on a never-ending pursuit of the "ideal" - that transcendental moment when their work shifts from the physical object on the wall to the spiritual or nonphysical world of the viewers' imagination. Collectively, and independently, they are the harbingers of abstraction at Lyons Wier Gallery.