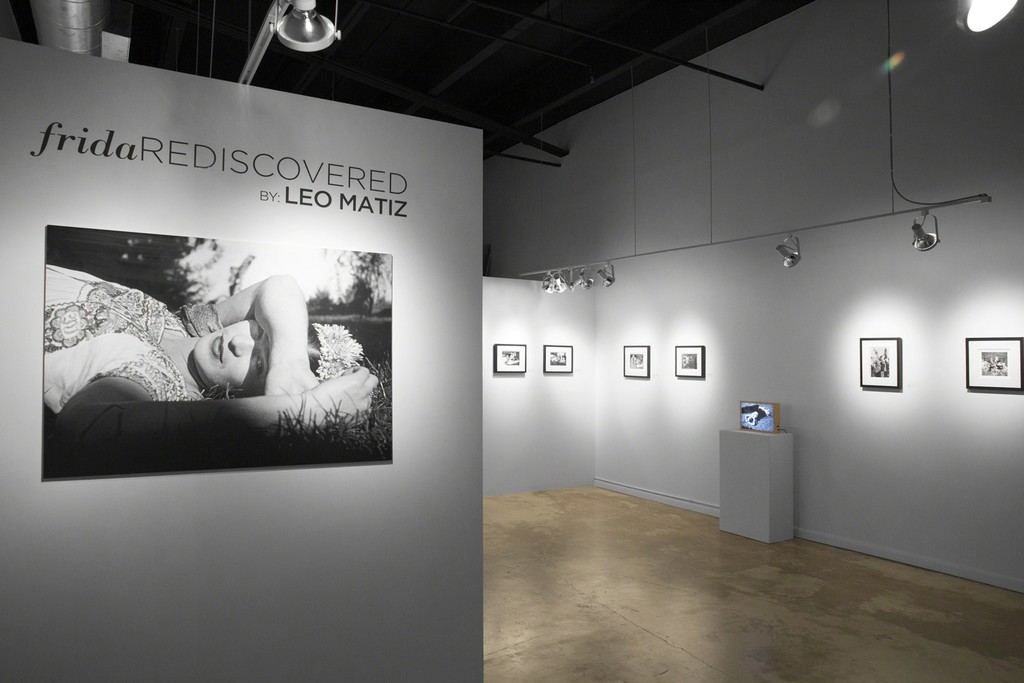 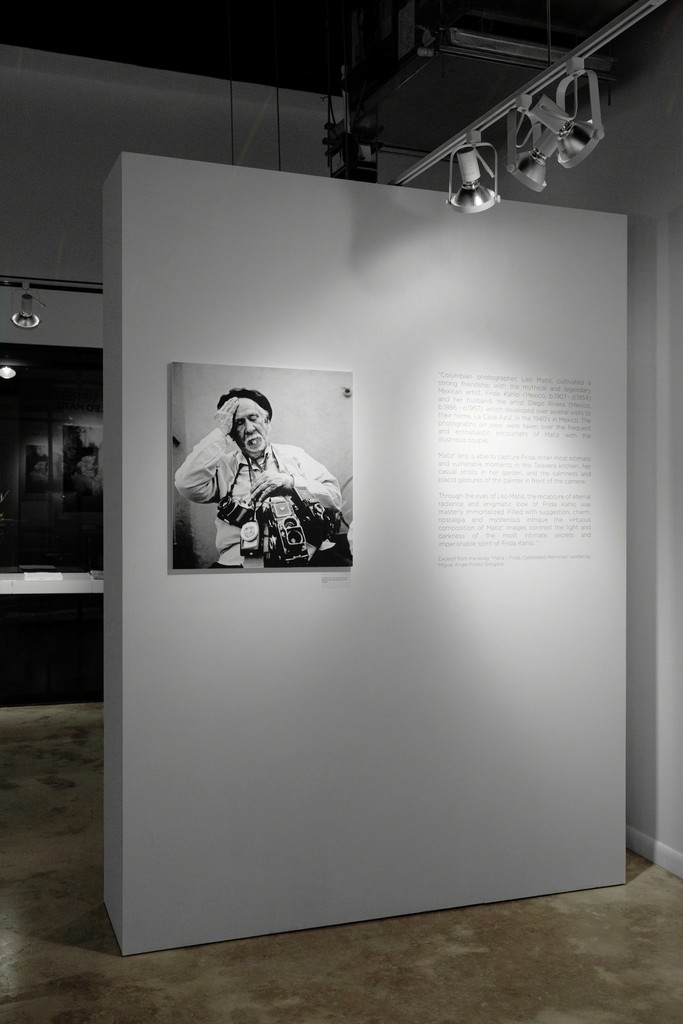 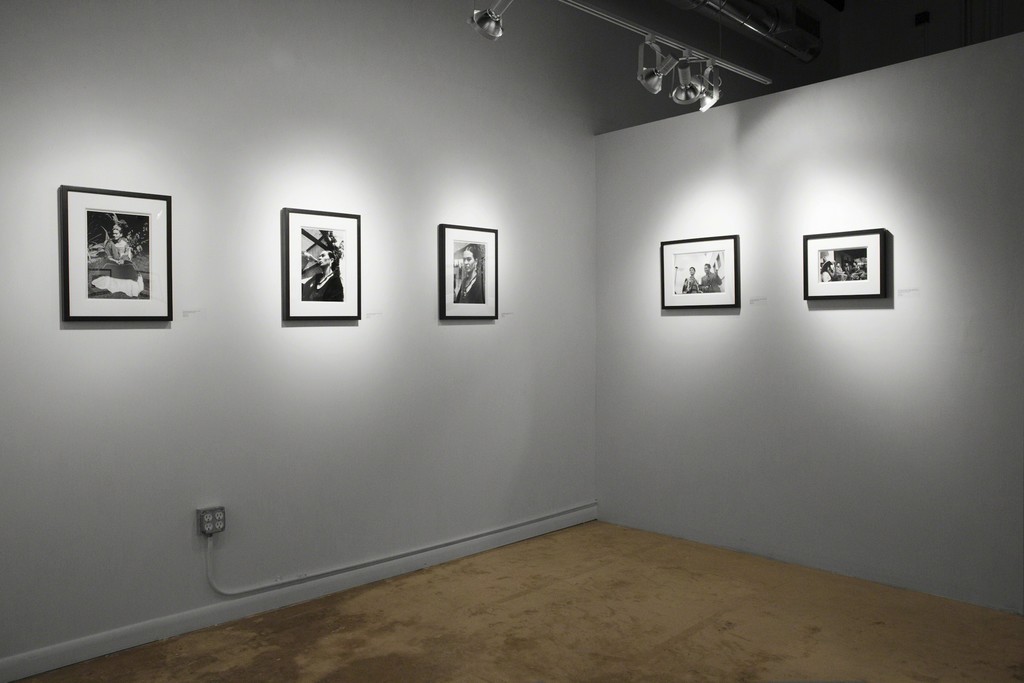 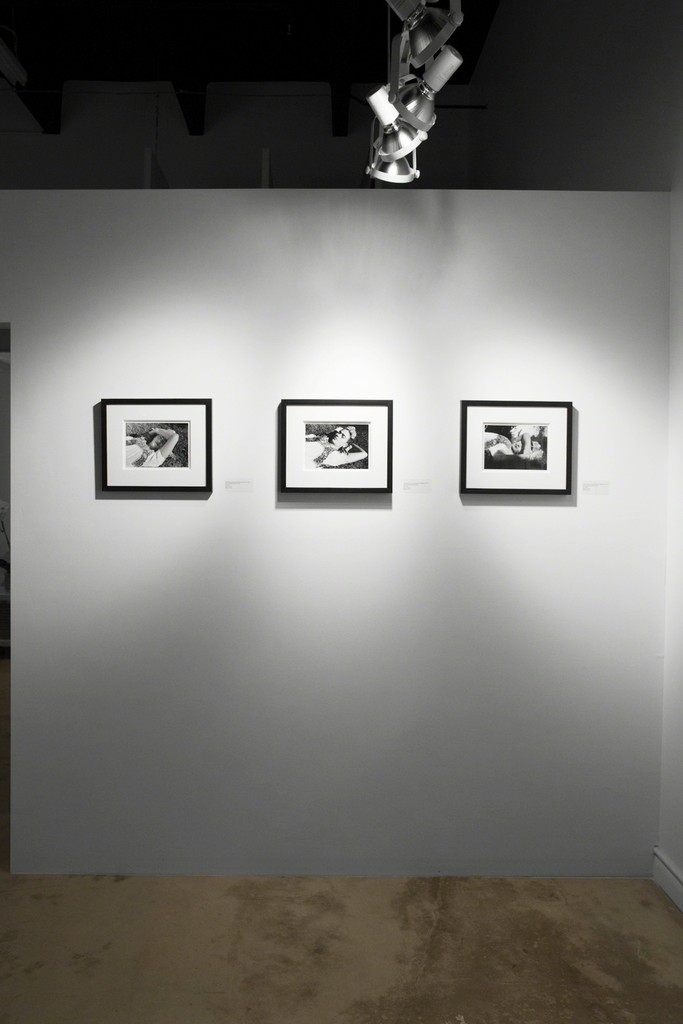 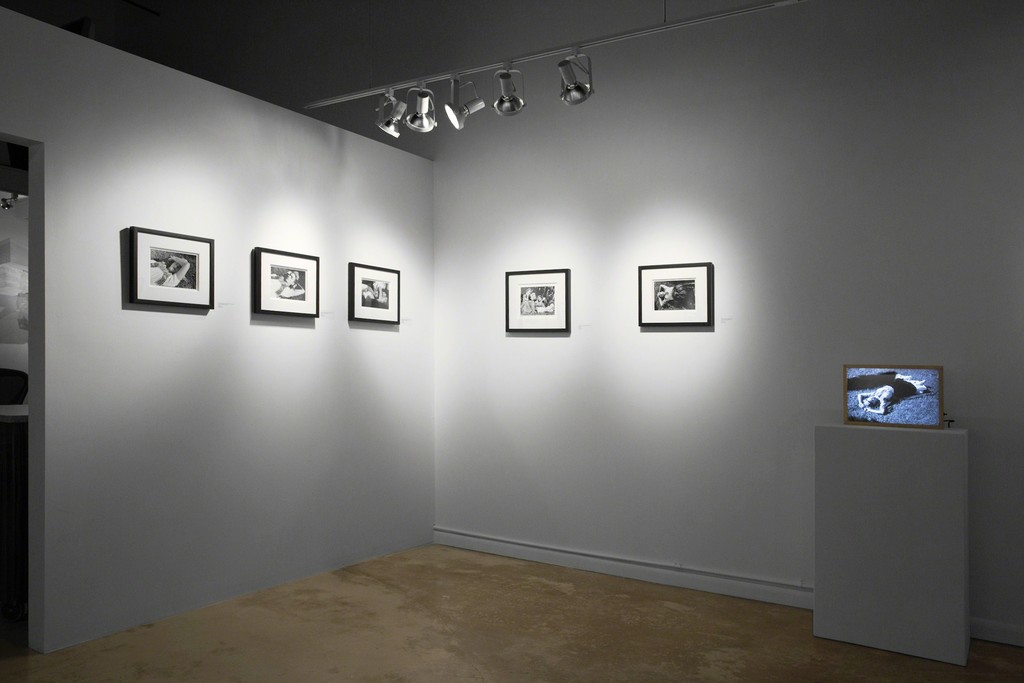 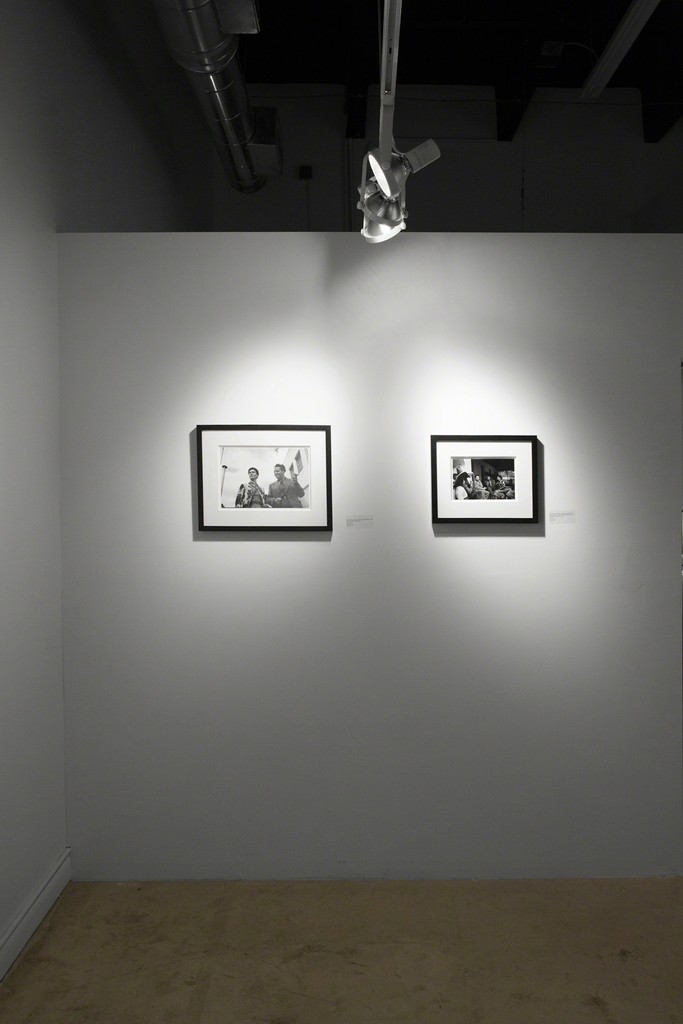 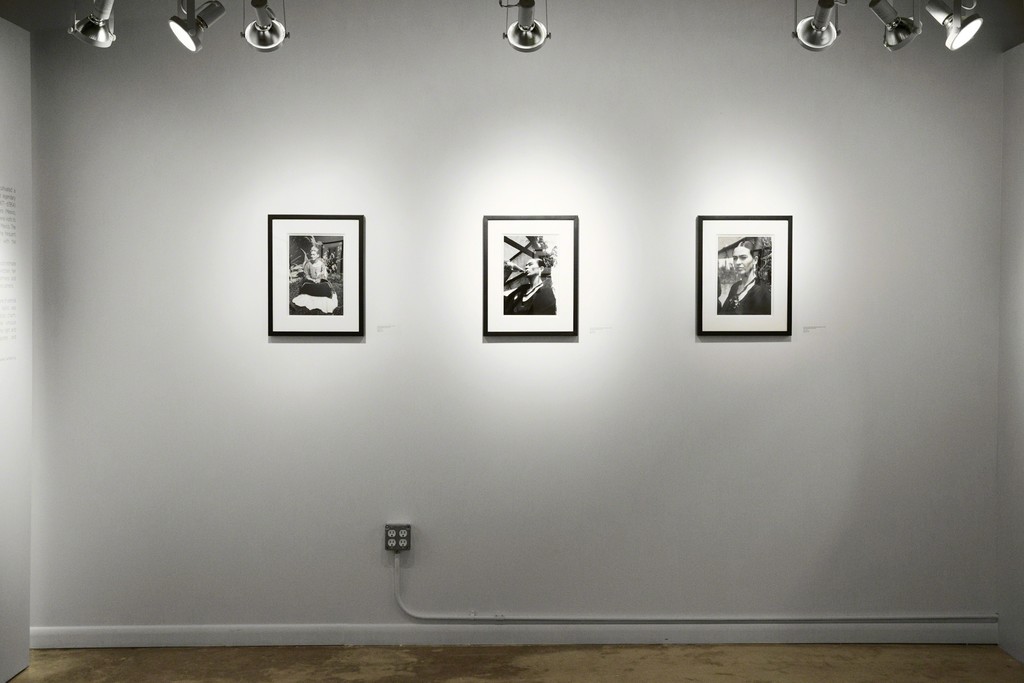 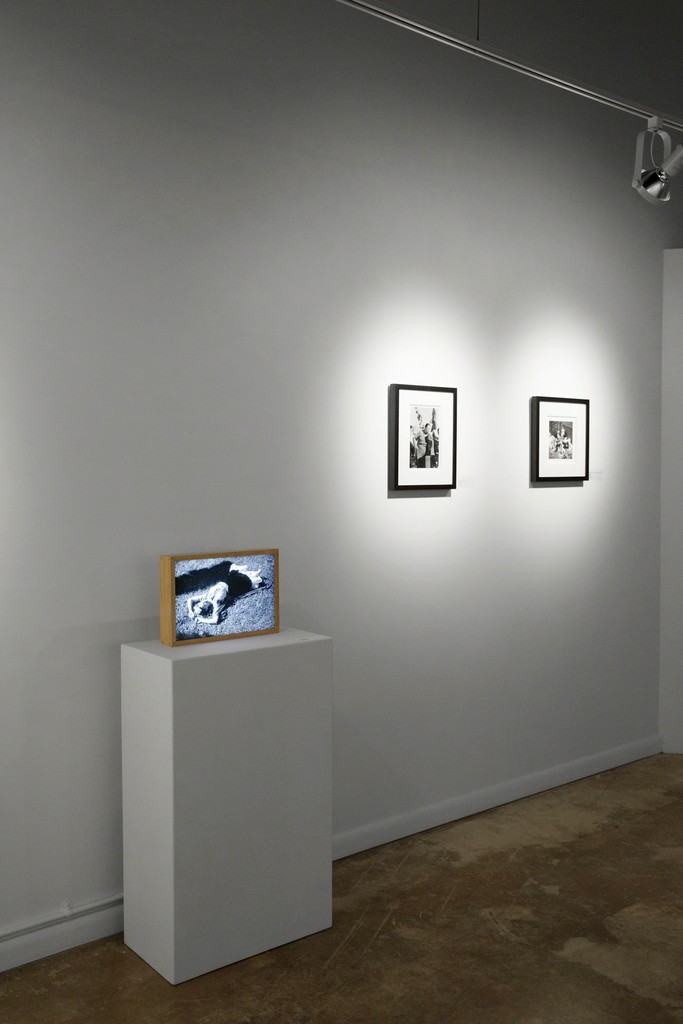 Mexican artist Frida Kahlo is a well-known symbol of modern pop-culture. This legendary artist has seduced hundreds of men and women with her original and genius oeuvre and her capacity to endure pain and will of scandal.
Leo Matiz (Colombia, 1917-1998), one of the most prominent photographers of the 20th Century, photographed her portrait in the 1940s, with a series of images that reveal the sensibility and soul of the artist.
The thirteen unpublished photographs on view at m+v Art in Miami, Fl, showing Frida Kahlo in an intimate environment, were discovered in the archives of the Leo Matiz Foundation in Mexico, preserved and promoted by Alejandra Matiz, daughter of the master and president of the foundation. These images, taken during a much talked about period of the artist, but of which no photographic registry exist, reveal a Frida that is atypical, completely European as well as a Frida using her traditional style of the Tejuana dress.
During this unexpected and fortuitous discovery of Frida Kahlo’s images in the archives of the Leo Matiz Foundation in 2012, considered a miracle by experts, 55 photographs were found in an envelope with a strong smell of vinegar which were later scanned and documented strictly for archival purposes.
These thirteen photographs of Frida Kahlo, captured by Leo Matiz, correspond to a stage of creative and personal maturity of the painter, as well as that of a woman who has assimilated the numerous betrayals of her body and Diego Rivera, the hardships of life that have given more depth to her paintings, full of symbolism and despair which she painted using the mirror over her bed.
Trusting his instincts as a photographer and certain that there are no obstacles in portraiture, Leo Matiz captured these images in Mexico during the 1940’s which give us a fragmentary glimpse of a life that has been buried. These portraits of Frida Kahlo give us back the certainty of becoming everlasting, facing those who observe with reminiscence the other side of time.
Mysterious? There is no doubt; perceived in the silent magnetism of her face and the gleam of mystery in her eyes. Attractive? Undeniably so; her honorable demeanor and her overwhelming presence feed that undefinable ability to seduce the camera. The register of her vivid and penetrating eyes that lie beneath her thick and delicately arched eyebrows devotedly confirm her enchantment. Rebellious? Absolutely and irreparably. One only needs to set eyes on the outburst of fury in her paintings and listen to her hoarse voice to exorcize her broken body,
freeing her from the weight of life and the anguish of her physical devastations for an instant.
The spontaneity and freedom she felt in front of the camera would sometimes capture a smile on her lips, perhaps offering, a glimpse of consciousness of someone that feels the proximity of death. This flash of gratitude and mystery of Leo Matiz’s images arise with the subtlety of fog. The myth of Frida Kahlo, bound to her profound and extraordinary talent and versatility to defy the camera with her attractive and placid looks allow us to observe in the black and white images
of the photographer born in Aracataca in 1917, fragments of the overflowing passion and spiritual clarity with which this woman, converted into an icon of modern popular culture, constructed her own legend in life and art.