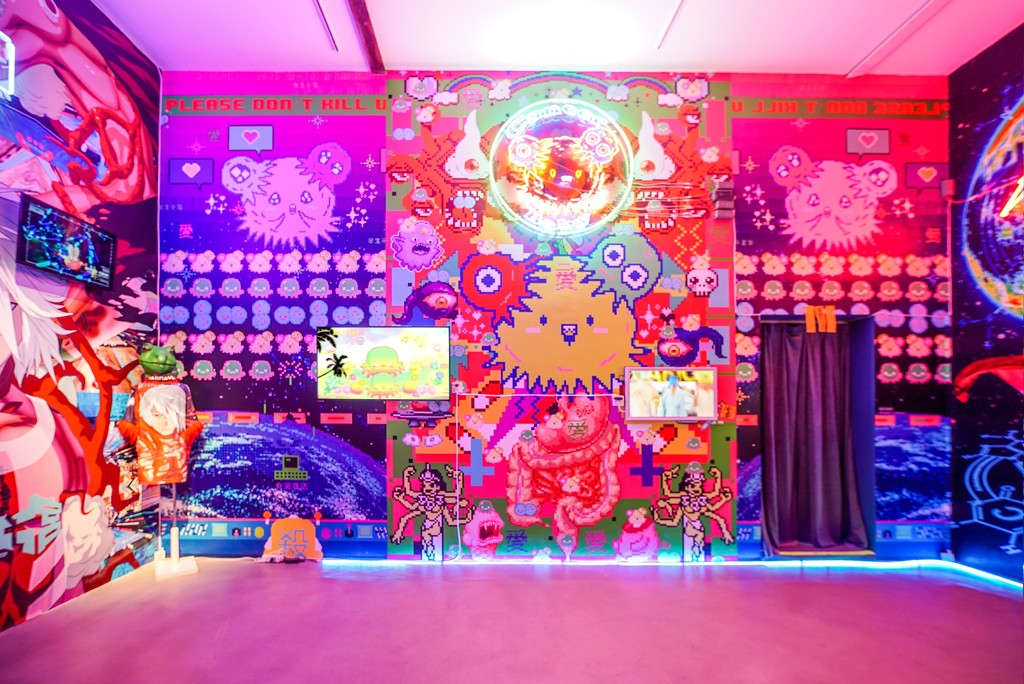 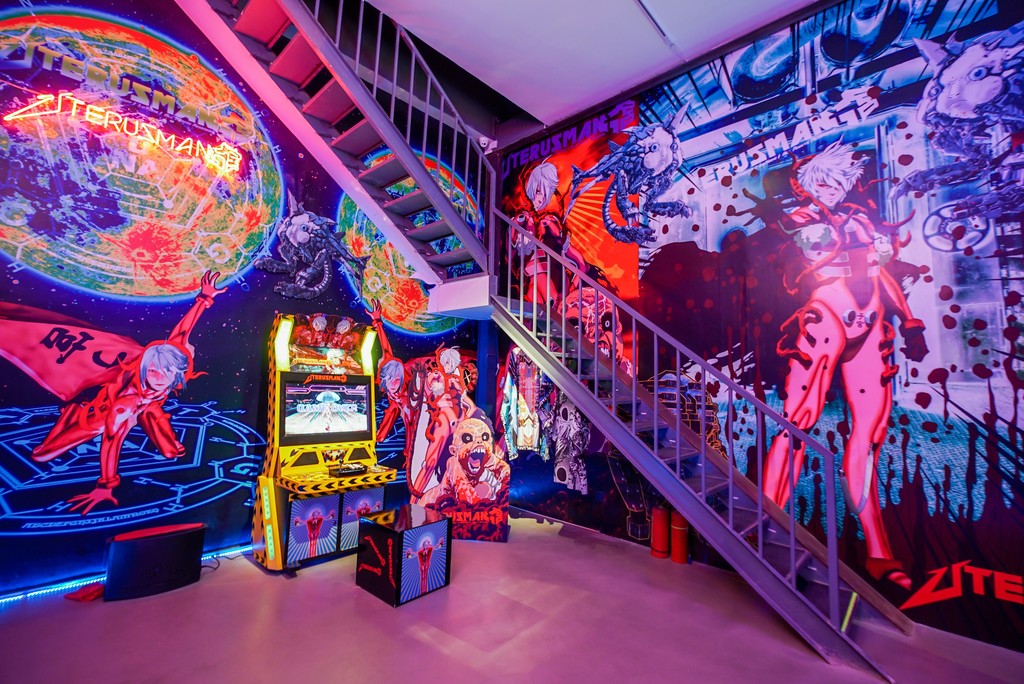 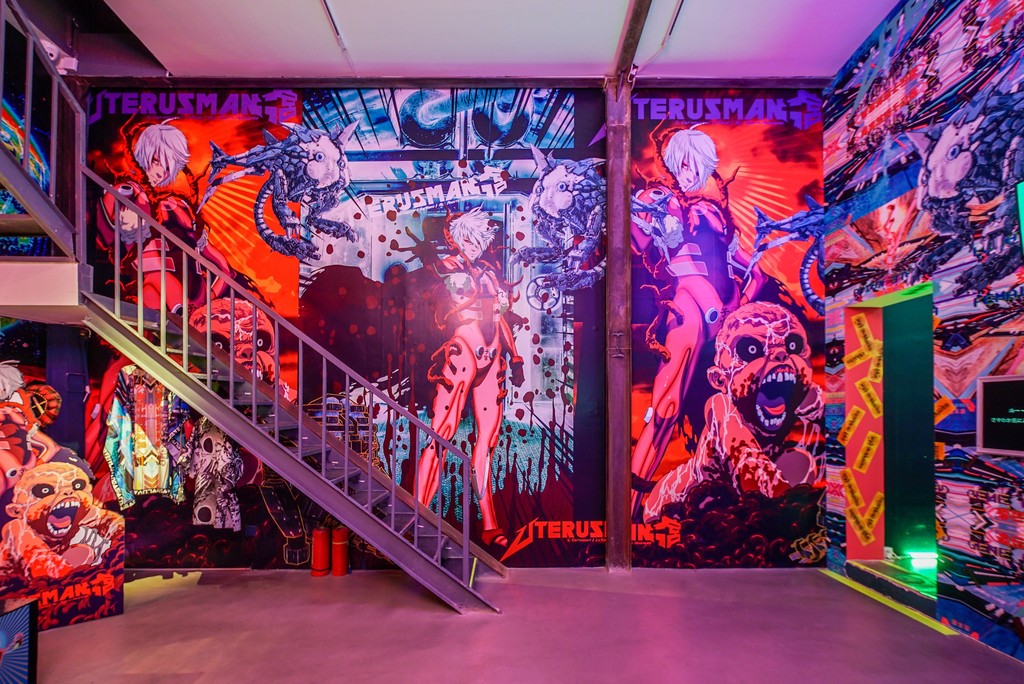 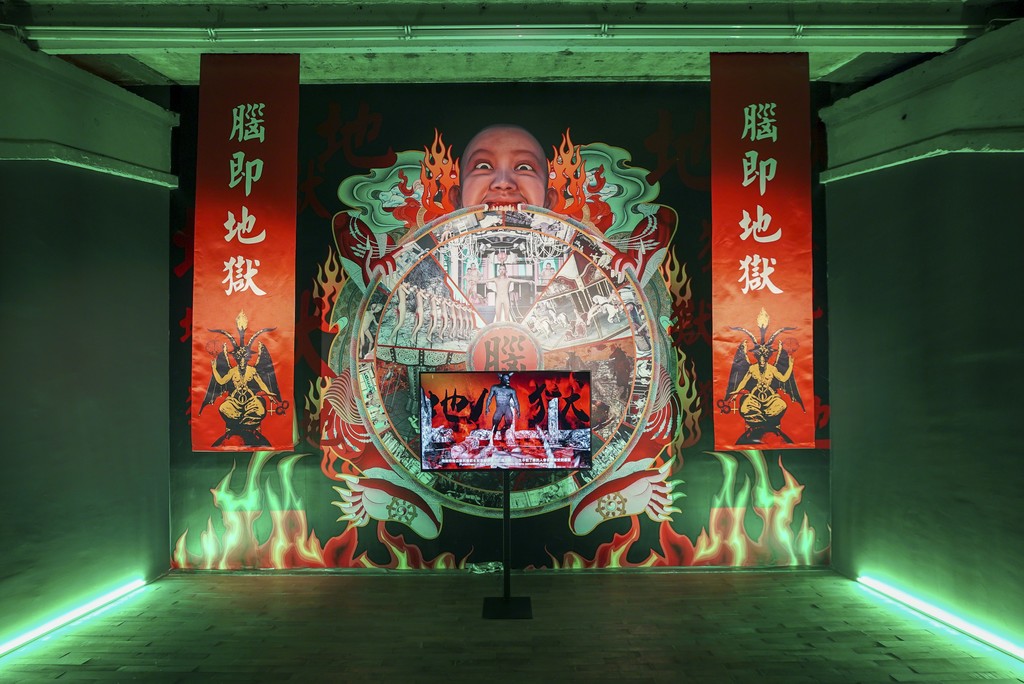 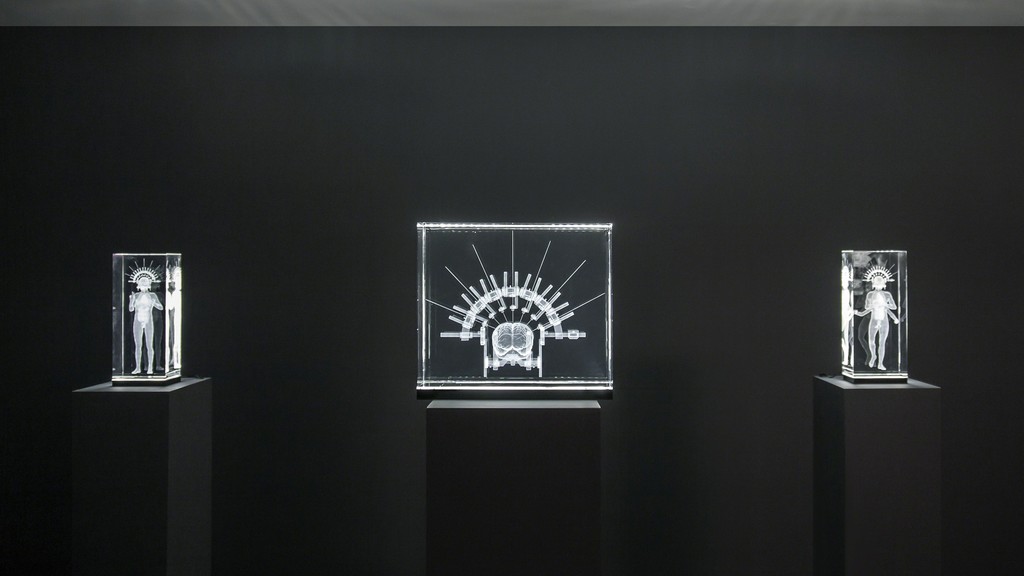 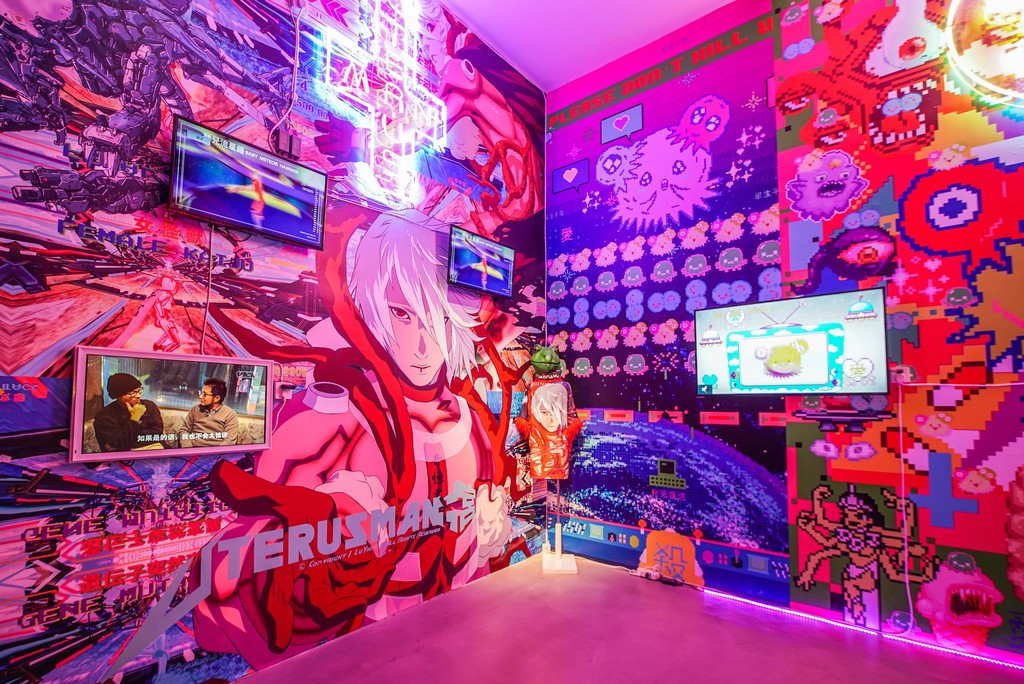 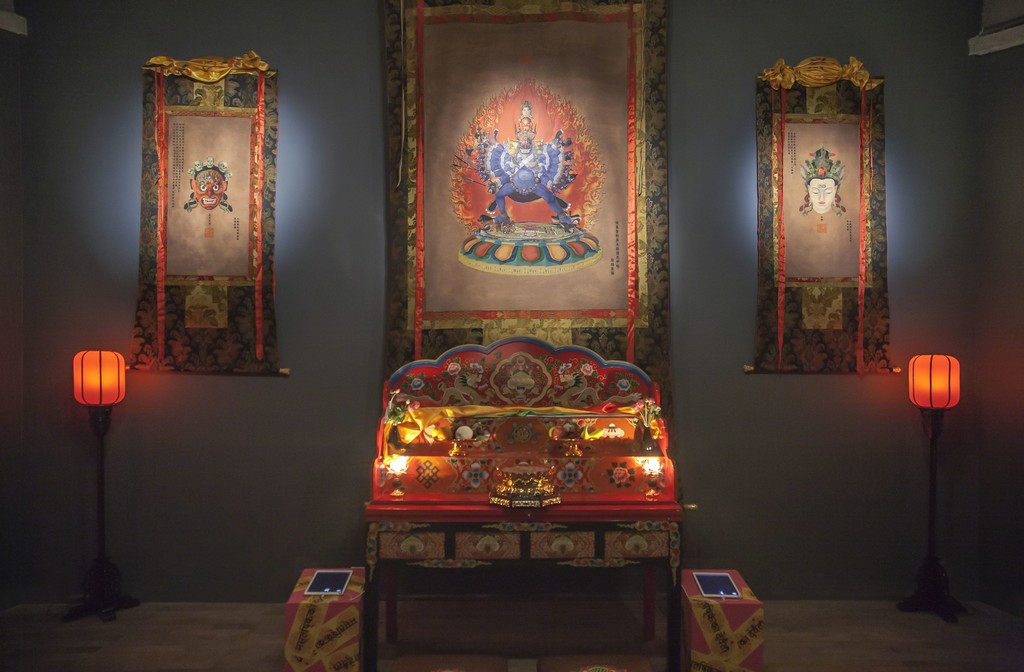 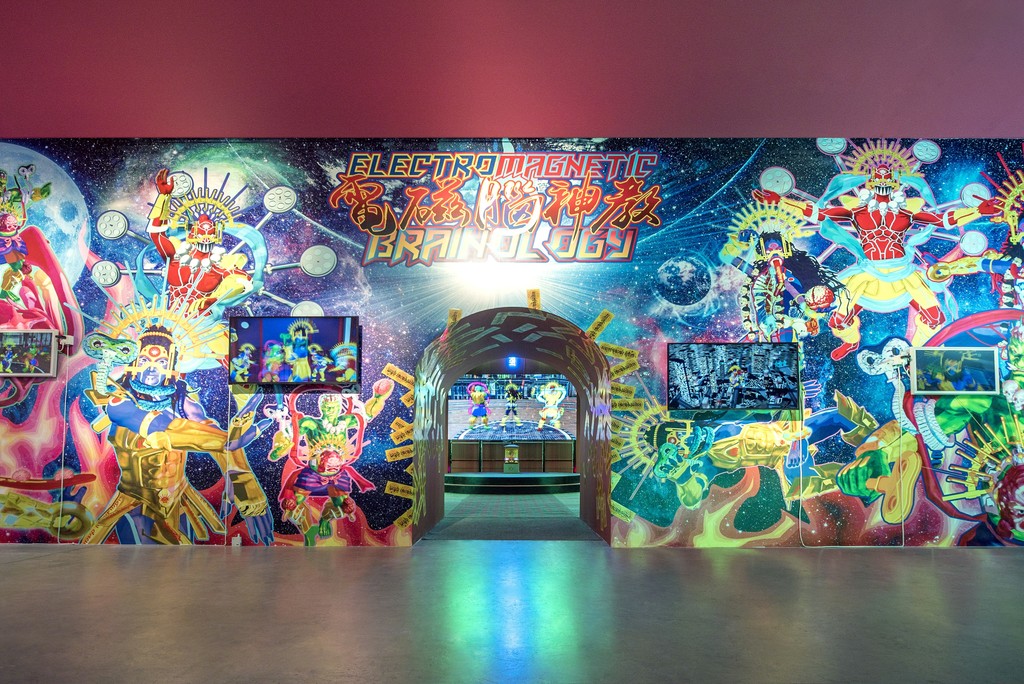 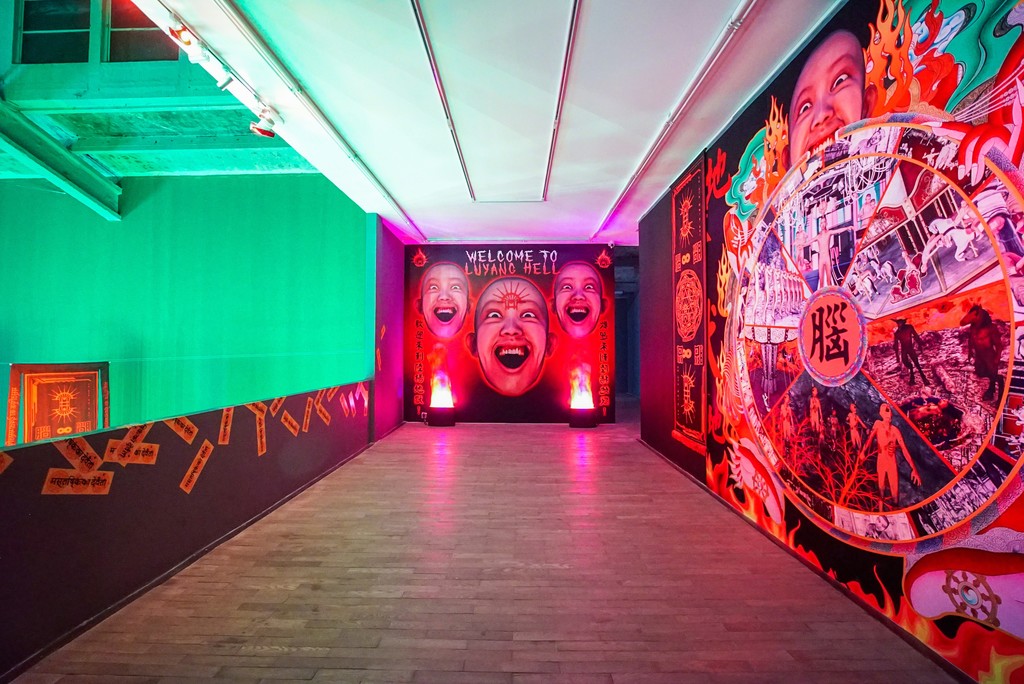 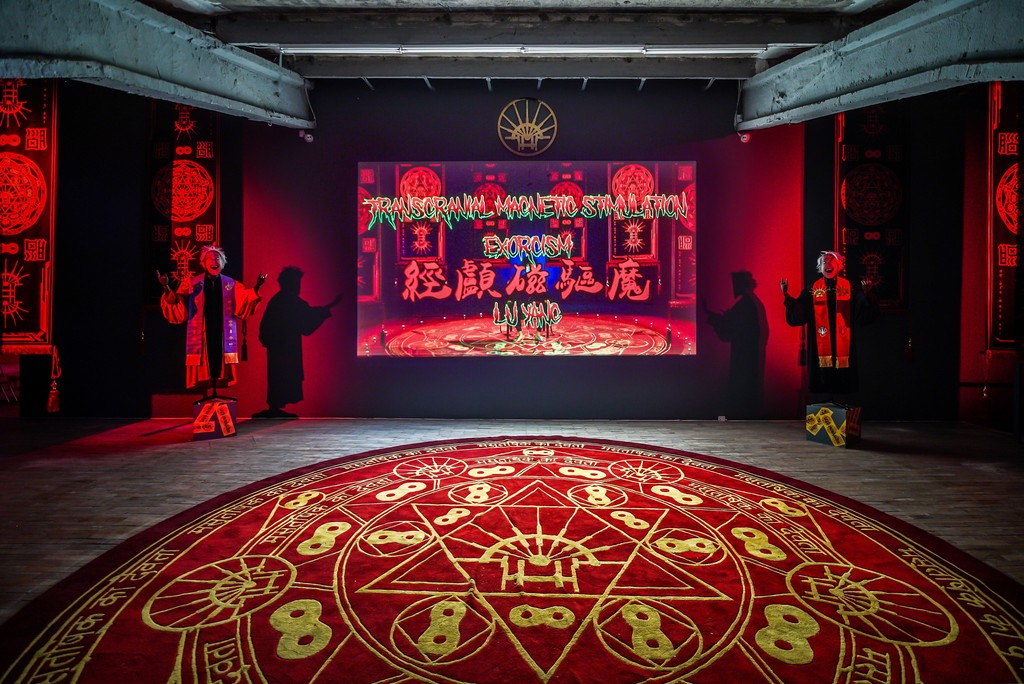 In late October 2017, M WOODS welcomes visitors to the world of Lu Yang, an ambitious solo exhibition comprising three new commissions and a constellation of previous works that include sculpture, video, installation, computer programming, and video games. A leading figure among a young generation of new media artists, Lu Yang’s creative practice often satirizes efforts to demystify human experience through scientific theory, dismantling them with humor and fluency in the language of popular culture. Citing knowledge gleaned from the realms of neurology and biology, her works also reflect an ongoing interest in spirituality as a state of being pursued through different forms of religion and creative expression.

Capturing a breadth of influences from hip hop to Goa trance, punk, gothic, and glam rock street styles, gaming, anime, and the practice of Otaku, Lu Yang’s mesmerizing, multisensory environments reflect the dynamic amorphism of today’s globalized cultural climate and the semi-porous understandings we use to define the current historical moment of China and beyond. Conceived in entirety by the artist, the exhibition is something of a Gesamtkunstwerk combining the neon glitz of an arcade and the ritual of a heretical temple.

Presented on the first floor, Electromagnetic Brainology represents a new direction in Lu’s video work. Unfolding in the ritual-like space of the central hall, the work incorporates motion sensor technology and a soundtrack contributed by acclaimed Japanese producer invisible manners (インビジブル・マナーズ), weaving together popular culture and pan-cultural religious iconography. Stemming from her interest in MikuMikuDance (MMD) and the internet folk culture surrounding it, Lu uses the popular freeware as a readymade to complete the “LikuLikuDance” seen within many of the videos.

The action and aesthetic of gaming recurs throughout the exhibition, from the adventures of Lu’s gender-curious superhero Uterus Man (2013), to the 8-bit nostalgia of Cancer Baby (2014). Affinities to the gaming world are equally present in Wrathful King Kong Core (2011), and a sculptural installation on the second floor inviting viewers to ‘play’ using augmented reality. Emphasis on engagement and a visual vernacular popularized by modern video games form one thread of Lu’s artistic strategy that in the show subvert the normal functions of the museum.

In LuYang Delusional Mandala (2015) and LuYang Delusional Crime and Punishment (2016), relations of violence and domination become a solipsistic theatre revolving around her own likeness. Lu's interest in deep brain stimulation (DBS), a treatment for tremors caused by Parkinson’s disease, is taken further through the invention of a halo-like, stereotactic surgery device that short-circuits the limbic system and results in religious delusions. For Lu, these investigations into the mechanisms of the mind and spirit, as well as our abilities to visualize them, lie at the heart of identity in the twenty-first century. Regularly featuring in her own films and animations, the artist’s own identity is deconstructed and she is re-incarnated in various works as a giant sculptural kite, a lifelike but genderless, non-binary simulation, and a guardian of the gates to ‘Luyang Hell’.

Collaborating with musicians, actors, and animators, the exhibition culminates in an exorcism, writhing to a soundtrack of post-trance core. As an artist whose playful irreverence and wicked humor constantly question norms of acceptability, Lu’s last gesture raises deep polemical issues about the cathartic role art and art institutions play within society. As the artist’s first exhibition at a non-profit institution in China, and the first solo show by a Chinese artist at M WOODS, Lu Yang’s exhibition brings together many of her best-known works while pointing to new directions within her practice.