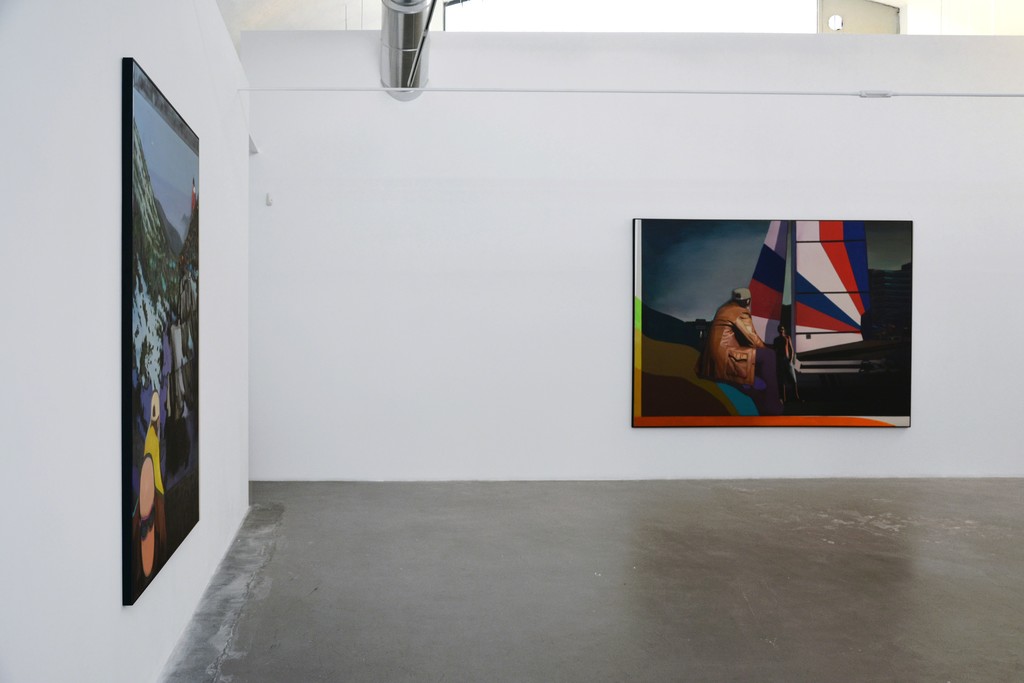 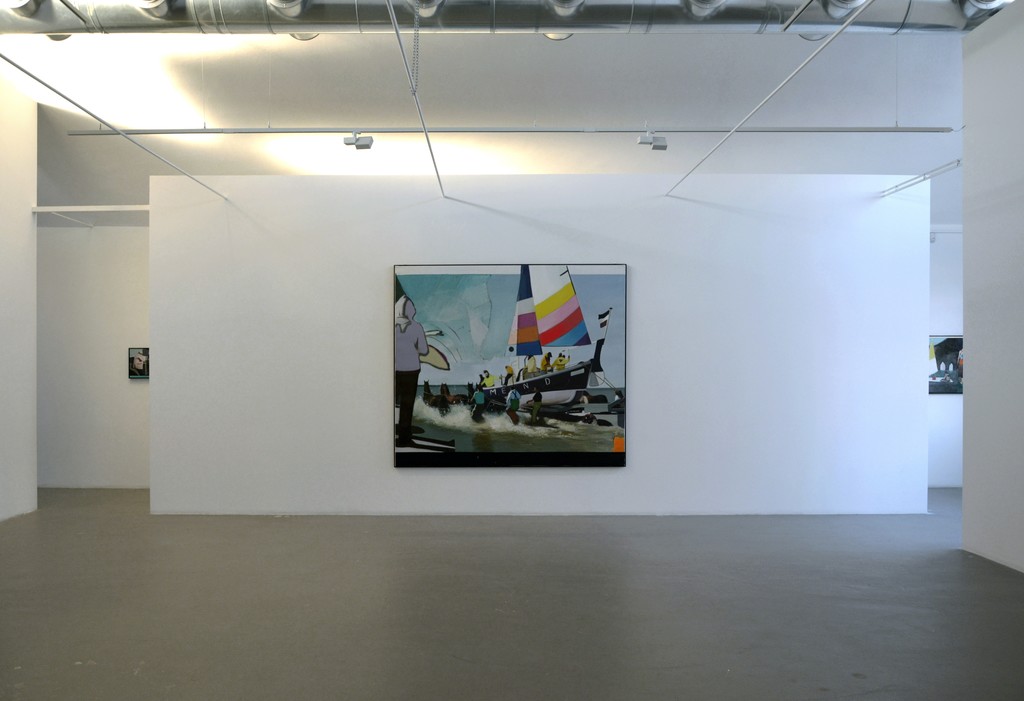 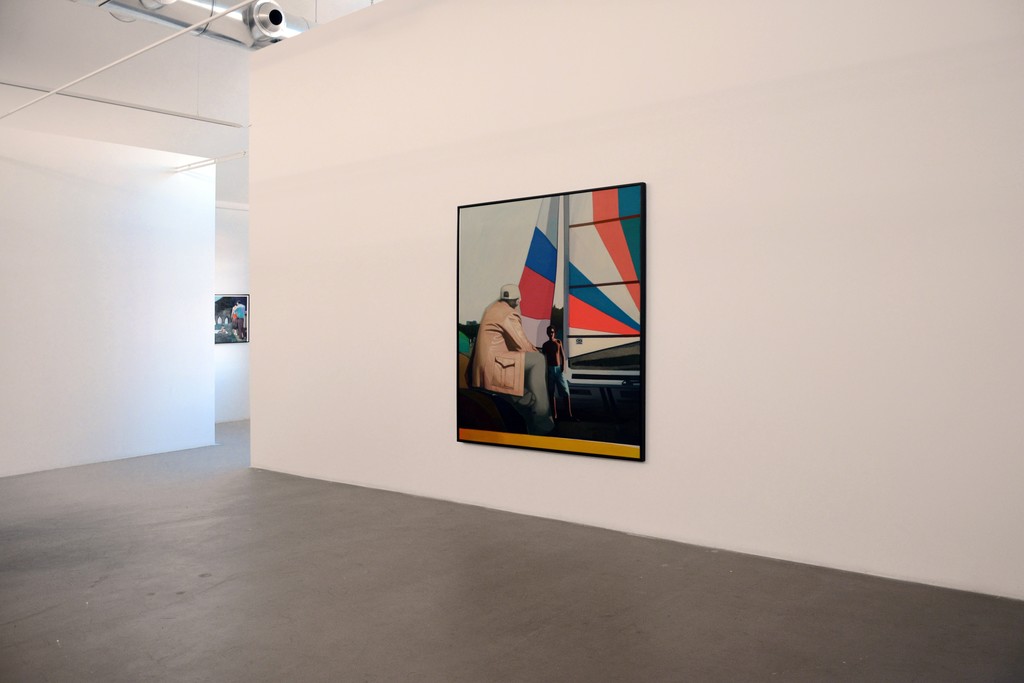 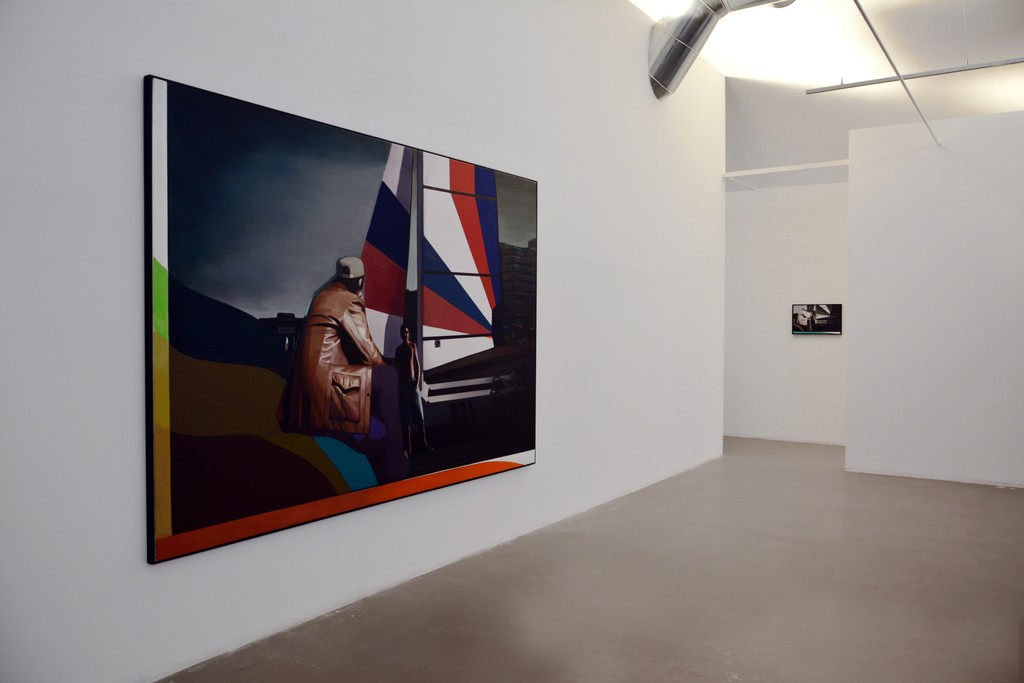 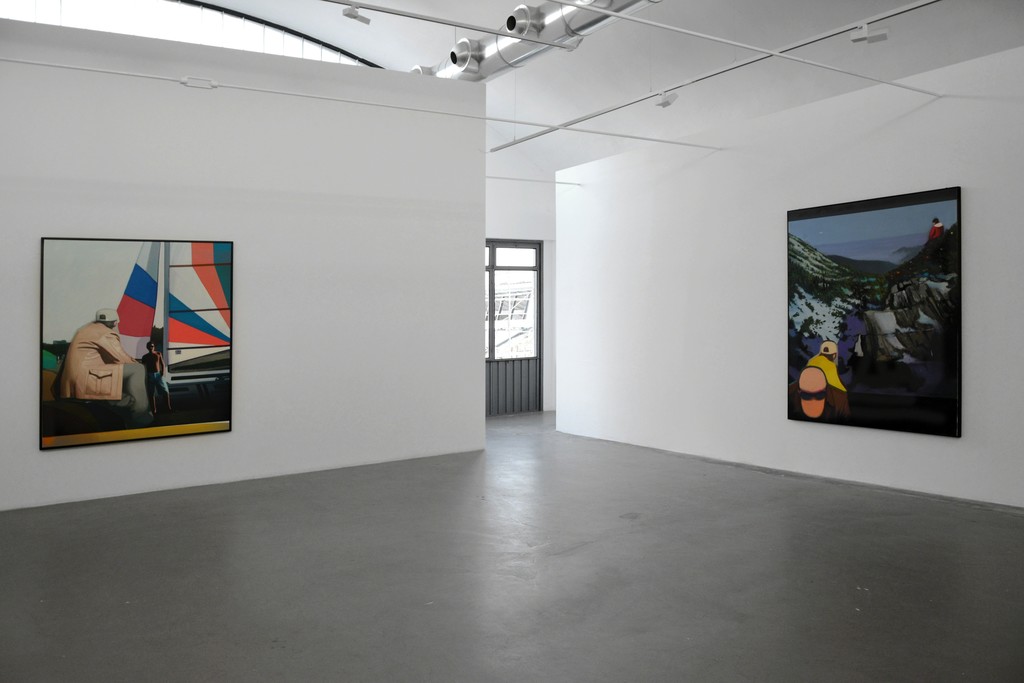 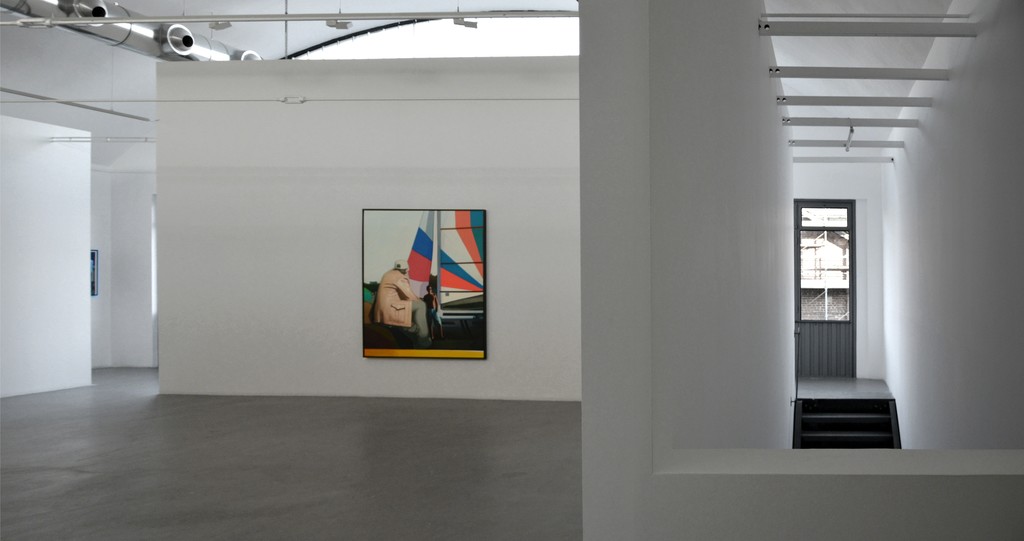 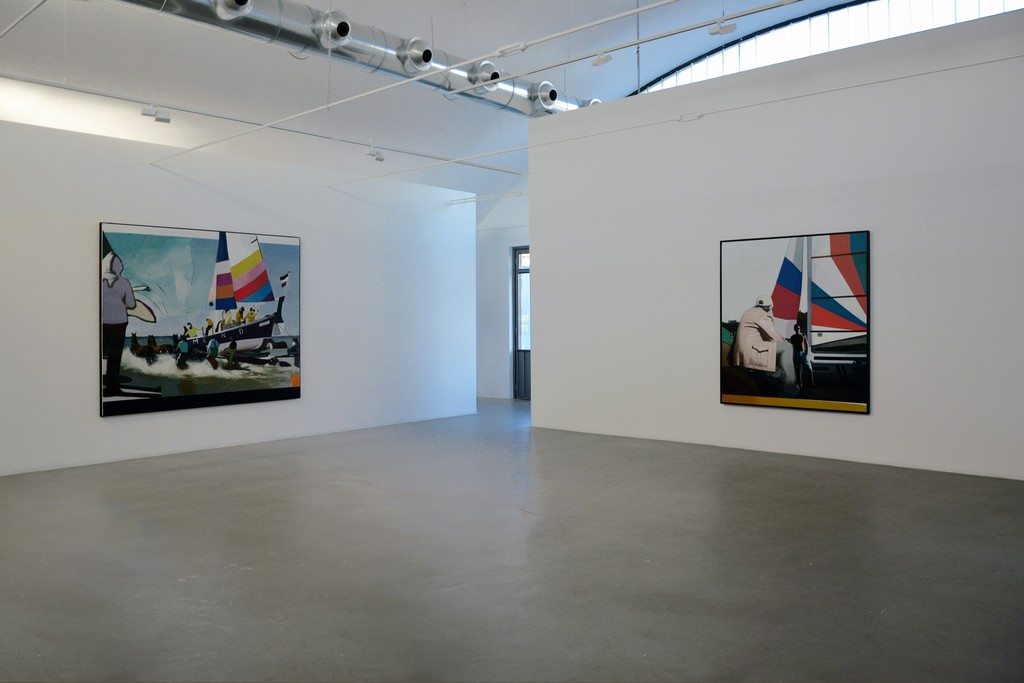 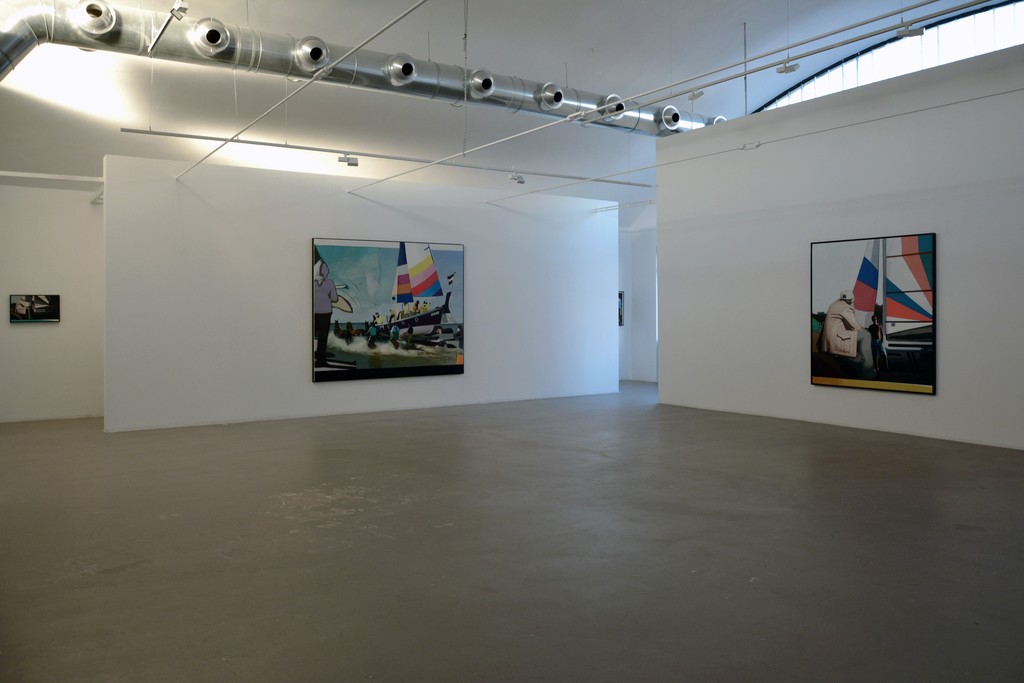 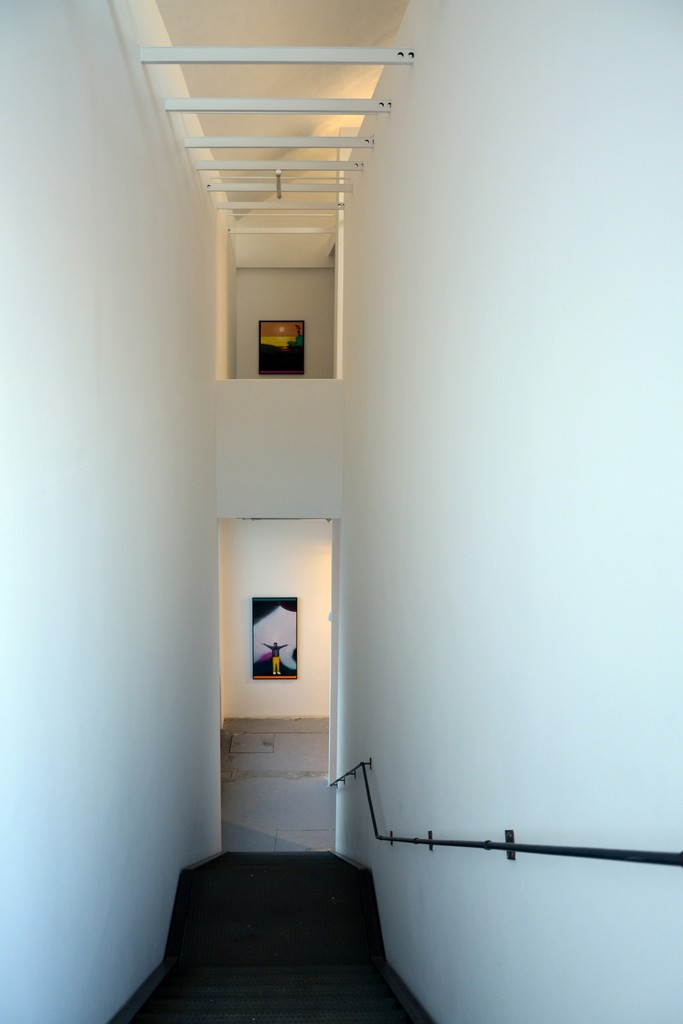 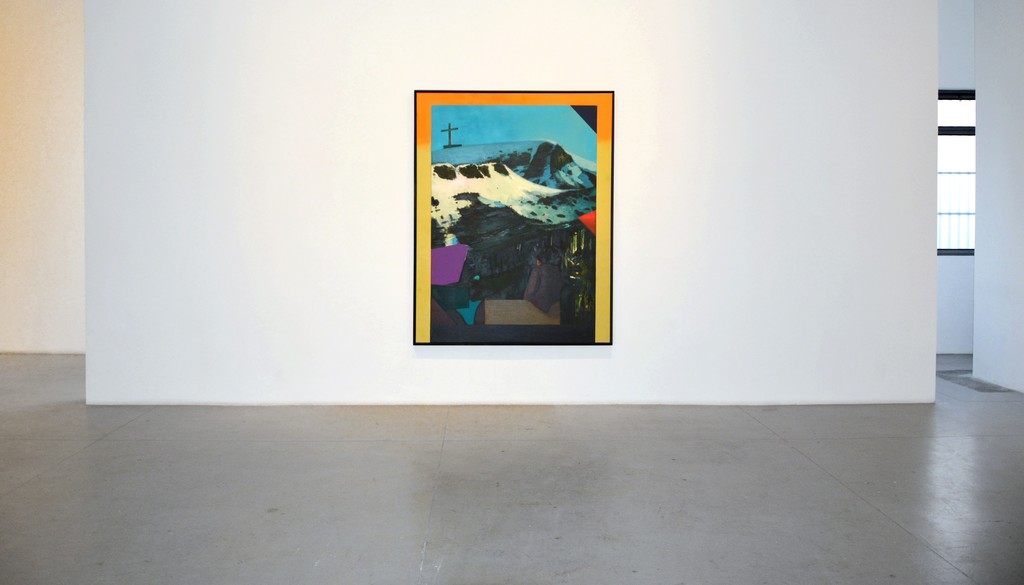 The exhibition consists in about 30 oeuvres of the Romanian artist, who reinterprets the landscape by subverting the classical standards. His pieces show paintings inside paintings, characters observing huge canvasses depicting mountains, rivers, and dark skies. The viewer looks at the painting and sees another viewer, and another painting, within it. Robert Fekete’ s paintings are like head-spinning Russian Dolls where a scene contains a scene, where the landscape, the man admiring it and Art itself compete for the leading role. The title of the exhibition, ‘ Moving Mountains’ , comes from a poem by William Blake: Great things are done when men and mountains meet / This is not done by jostling in the street (Poems from Blake’ s Notebook, 1807-1809). The Romantic period is Fekete’ s biggest inspiration. He does, in fact, define himself as a neo-romanticist. From Caspar Friedrich he takes the men shown from behind looking at the scenery, from Munch the strength and the richness of colours, and finally Blake inspires one of the cornerstones of his poetics: the paramountcy of the human being. Indeed, whereas the people in Friedrich’ s oeuvres where overwhelmed by the Sublime –that mixture of marvel and dread that oppressed them at the sight of the grandness of nature –, and in Munch’ s the sky hits off the human scream with its incensed hues, in Fekete’ s paintings the man asserts himself as the protagonist in the scene. The artist lets go of Blake’ s dramatic nature and symbolism in order to represent common-looking – but strong and enlarged – men. The people in the paintings have their backs turned towardsus and are focused on what looks like a staring competition with Nature. If man and mountain have to meet – as Blake says – it would mean that one of the two should go towards the other. We can foresee that, in this case, it will have to be the mountain. Fekete’ s characters sit motionless or loom up stately with their arms reaching up, as if they really had the power of summoning mountains, lifting up rivers with one move, and taking off the colour from the skies to pour it in the lower part of the canvas.
They are heroes, perhaps the last romantic heroes, who have the leading role in an era where men and nature are finally level. Robert Fekete’ s works of art are mosaics made of small pieces of inspiration, that he gathers and catalogues in an archive of images, which he draws from when composing a piece. Sometimes the paintings quote each other. A scene can be hauled from one canvas to the other, varying its shape and size: a vertical image is now horizontal and a painting becomes a small detail in another painting. This search for new combinations applies to pictorial techniques as well, as Fekete loves using different materials: acrylic, spray, oil paint, and sometimes collage. The latter is reserved to the people in the paintings, as it suggests a third dimension by thickening the canvas. However, it is possible that the oddest part is the use of light. Fekete fractions the depicted scene by enlightening the canvas from two or more light sources. Man is therefore almost in darkness, whereas the mountain in the painting in front of him is in broad daylight. The realistic unity of the representation is broken by the joint participation of more than one season and of multiple times of the day in the same picture – the realisation of the impossible. Blake’ s prophecy is thus fulfilled