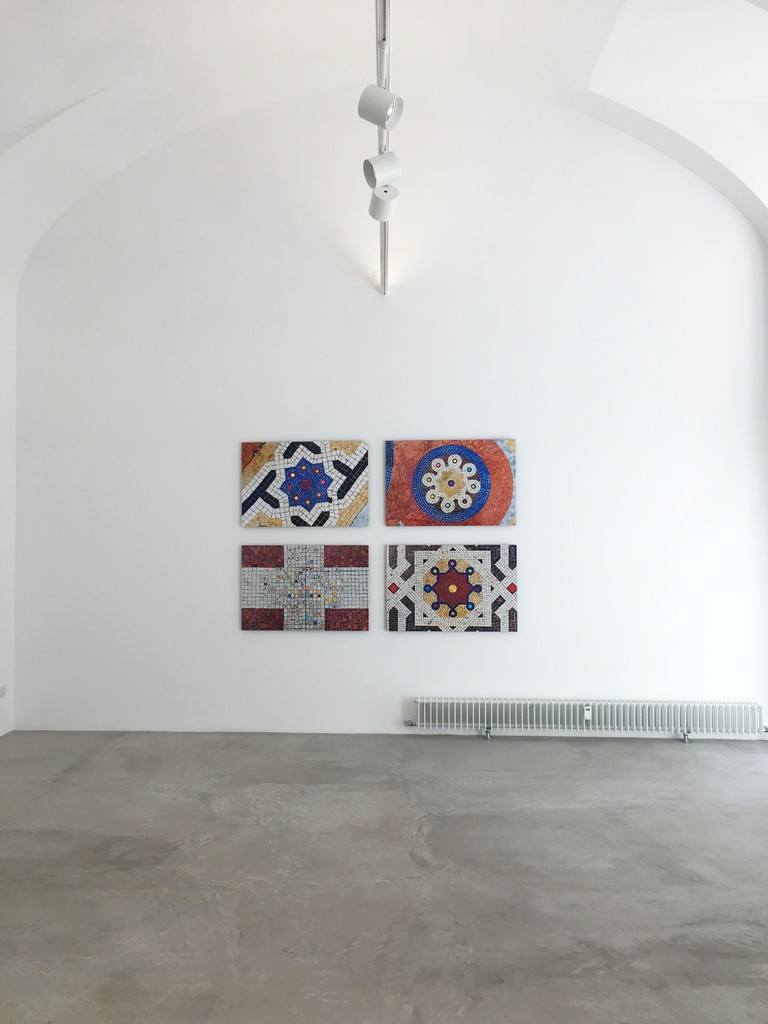 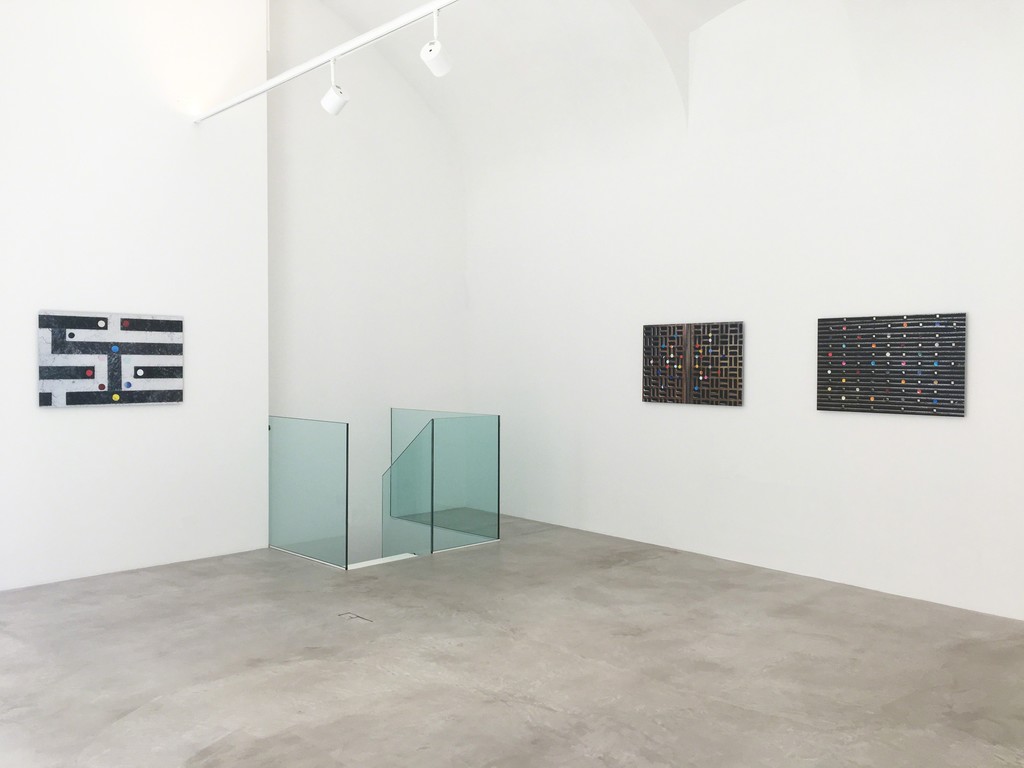 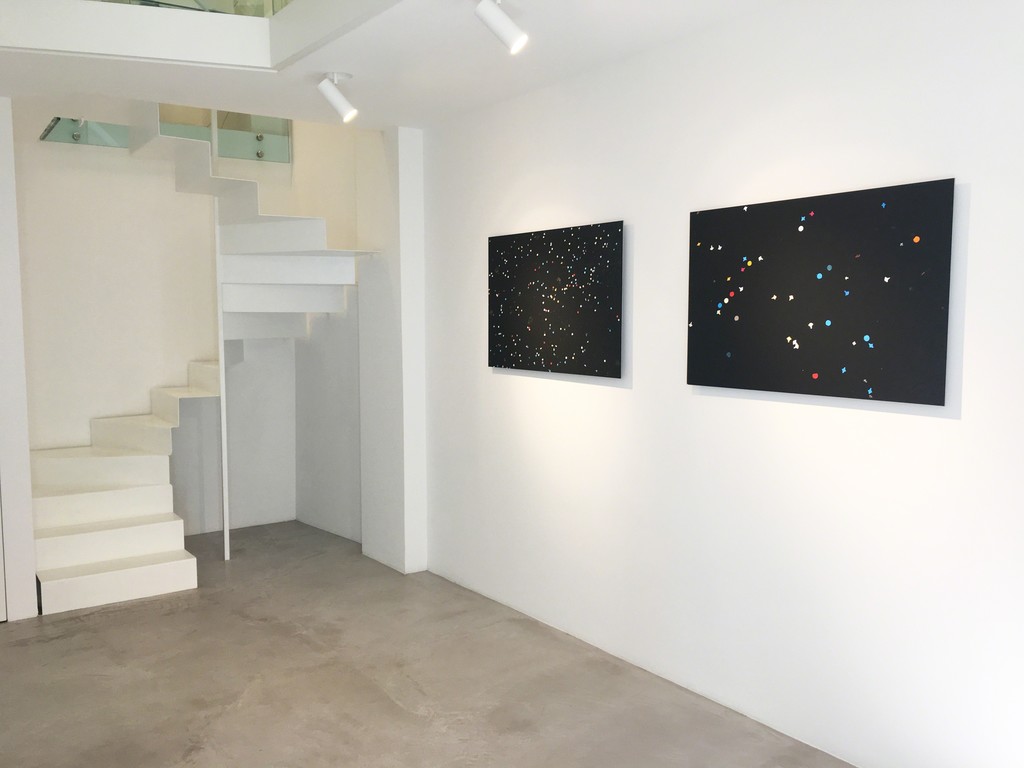 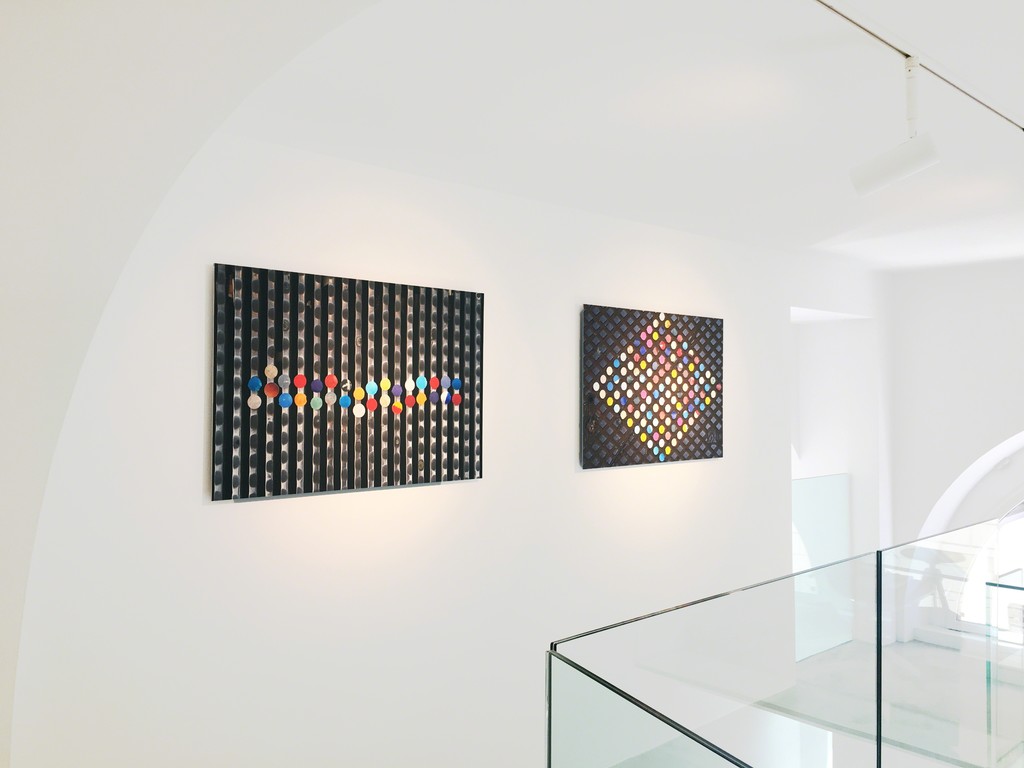 The MAAB Gallery is pleased to present Cuatropasos | Milano, the first solo show in Milan by Calixto Ramirez (Reynosa, 1980).

The exhibition, specifically created for the rooms of the gallery, is the third stage of the Cuatropasos project, begun in 2016 with a show held at the Museo del Novecento, Castel Sant’Elmo, Naples. The title alludes to one of the basic rituals behind Ramirez’s work, in other words his long walks aimed at exploring the city streets in search of people, buildings, local stories, and hidden corners. For the artist, the link between a work of art and the space that contains cannot, in fact, be broken.

Having arrived in Milan towards the end of the carnival period, Ramirez found a city covered with confetti, which then became the object of his artistic investigation.

In the series Tra il dialogo e la resistenza, presented at the MAAB Gallery, the link with the city can be glimpsed in his revisitation of Milan’s monumentality, which he dealt with by starting from a view oriented downwards, to the road, in search of new forms of beauty. In the thirteen photographs on show, the confetti was mixed with the elegant mosaics of historical buildings or else appeared on the gratings and drains of the city streets, to generate a new and subtle analysis of the urban fabric.

The show is rounded off by a video, Una giornata nuvolosa, in which the confetti, placed on an almost invisible spider web, fights against the strength of the wind and is kept constantly vibrating.

The show is accompanied by a catalogue in Italian and English, with a critical essay by Giuseppe Virelli.