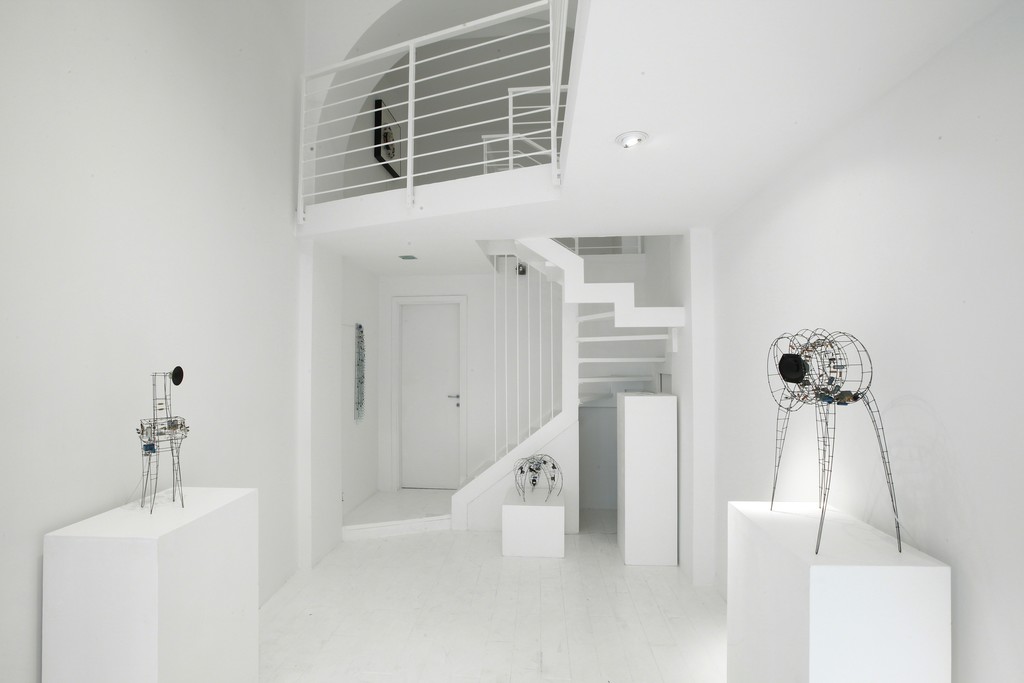 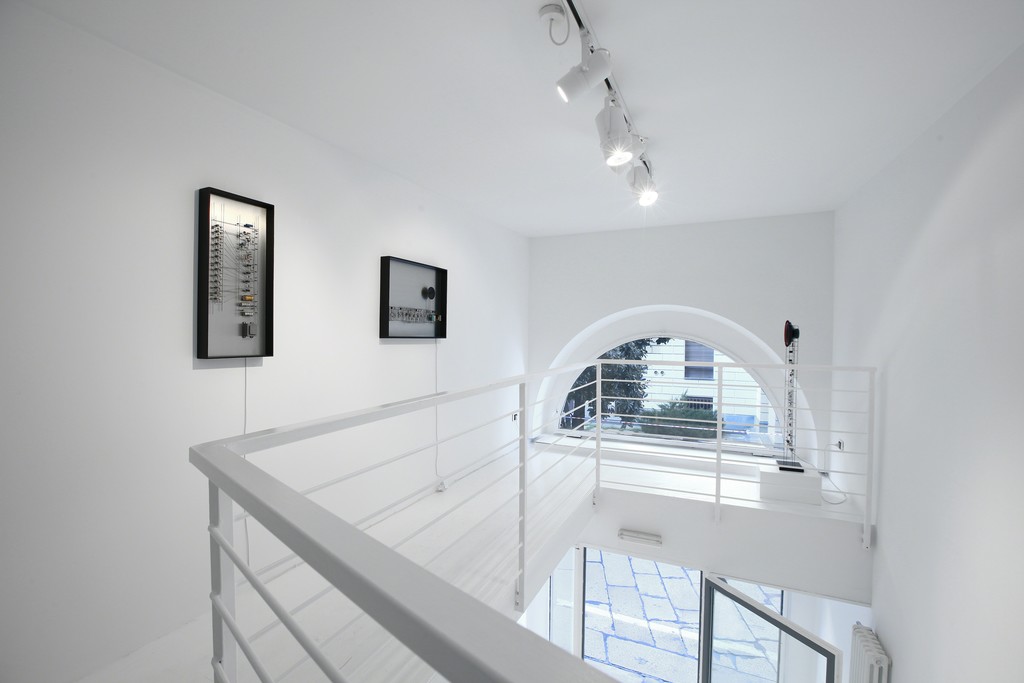 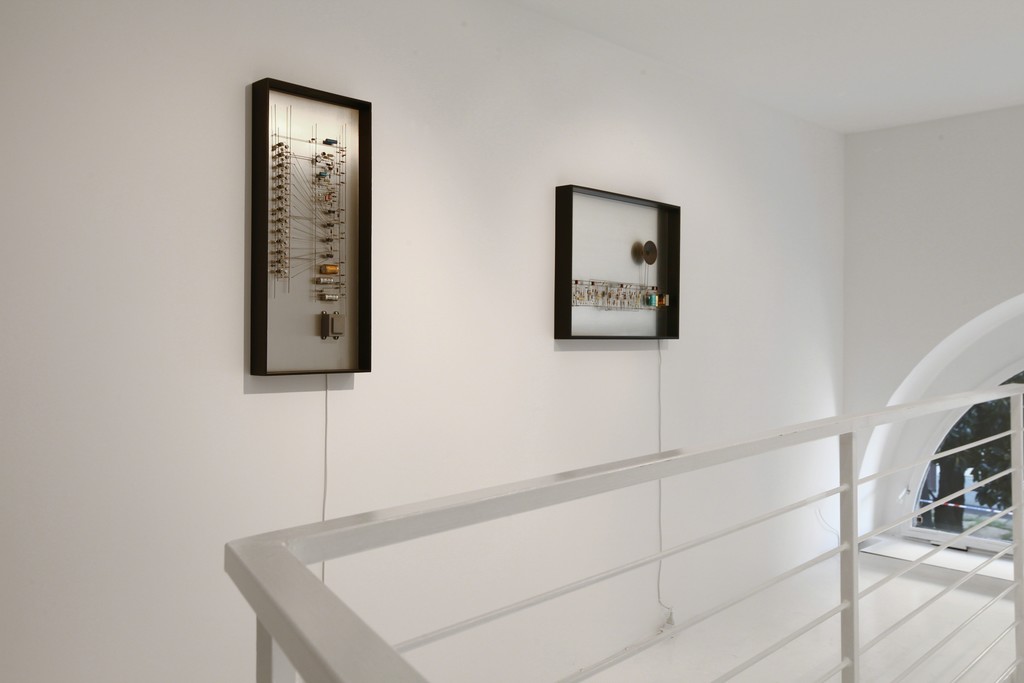 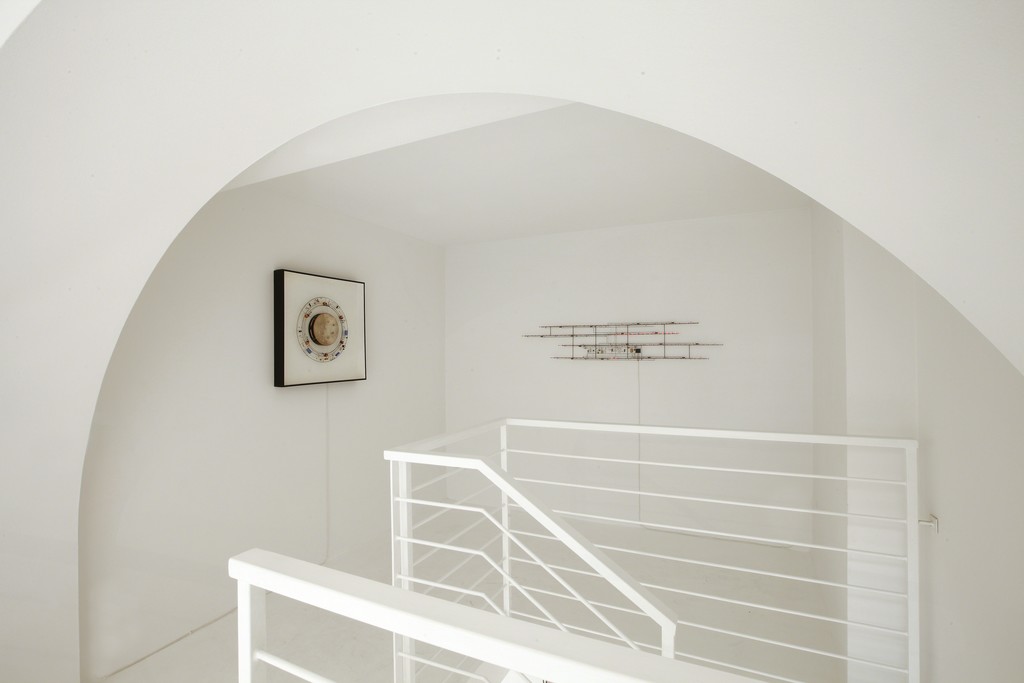 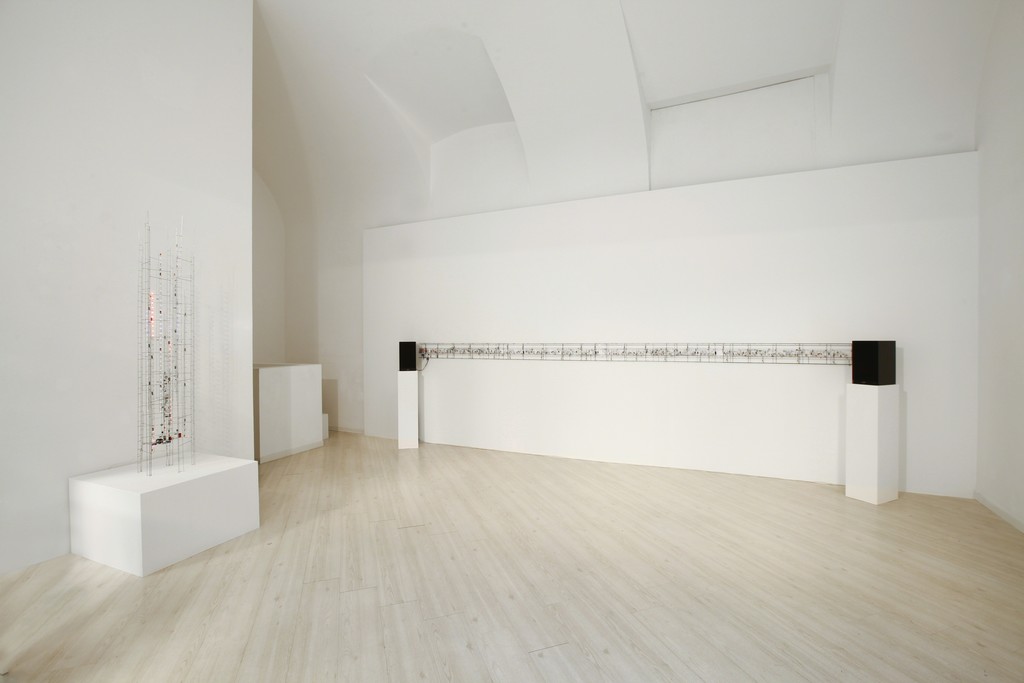 The solo show of work by Peter Vogel, which will be opening on 1 October in the MAAB Gallery, Milan, will look back over the acoustic and cine-visual researches undertaken by the artist. Born in Freiburg in 1937, Vogel is well-known internationally for the connections he developed between art and technology during the 1960s and 1970s.

The exhibition presents a selection of historic works, such as Hochbein and Tiefer doppelton, 1978, and other more recent pieces dating from his last thirty years. A particularly significant work is Rhythmic sound n.2, 1999, a wall of sound some five metres long with which the spectator can interact to produce a technological symphony. Vogel has specifically made the sculpture Fire and Water for the MAAB gallery, a work which - stimulated by the sounds in the room - produces flashes of red light (rather like flaming blades) and a stream of blue lights (inspired by waterfalls); the work shows the artist's interest in natural phenomena and the psychological structures associated with them, such as "addiction" and "conditioned reflexes". But differently from these, Vogel constructs acoustic forms and temporary structures that are inspired by more abstract images or concepts. In both cases what is of primary importance is the involvement of the viewers who activate and influence the works and so undergo a heterogeneous and very complex sensorial experience. Vogel's sensitive structures are, in fact, equipped with a system that can influence itself to create a mutable effect based on the incidence of sound, movement, light, and shadows.

The form of his Interaktive Objekte works follows the function of each object: the sound objects, the light reliefs, and the kinetic sculptures highlight their electronic components and visualise the sensors, amplifiers, loudspeakers, and LED lights that allow active interaction. The dialogue/game between the subject and the object gives rise to an exchange of information, an alternation of actions and reactions that alter the perception and reception of the sensorial data, an exchange that varies in intensity or duration according to the various kinds of objects. For example, the atonal schemes and the polyphonic ones differ in their repetitive or more changeable sequences to generate a field of occurrences and possibilities that can be infinite, just as the relationships we make with other people can be infinite.

The show is backed by an important monograph in Italian, English, and German, with critical essays by Alberto Zanchetta, and a wide selection of works, projects, photographs, and documents that record the fifty years' activity of the artist.