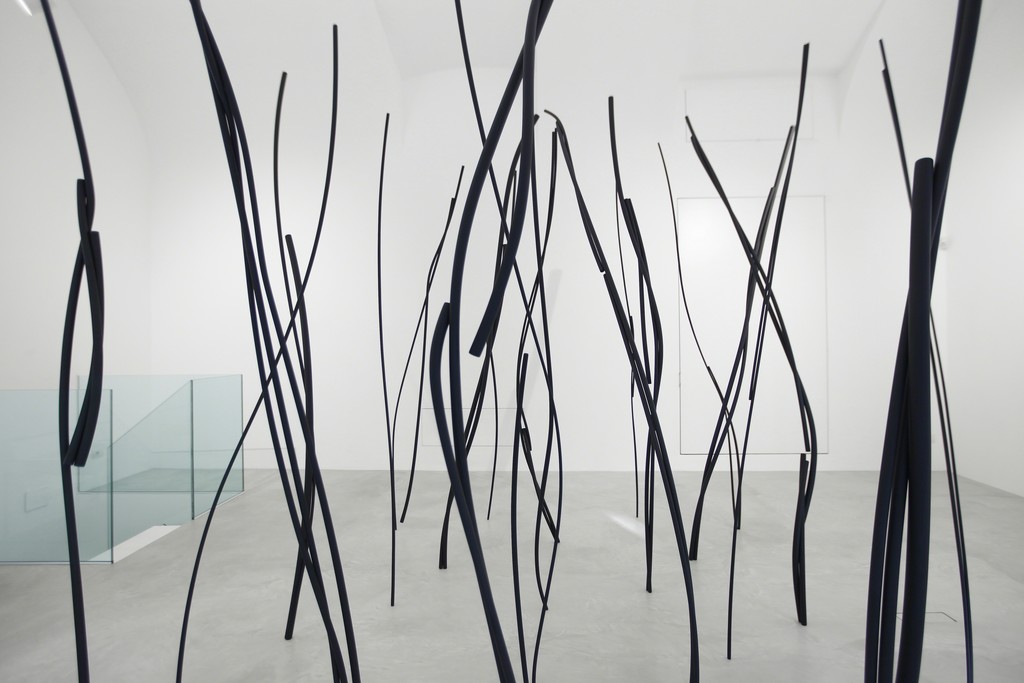 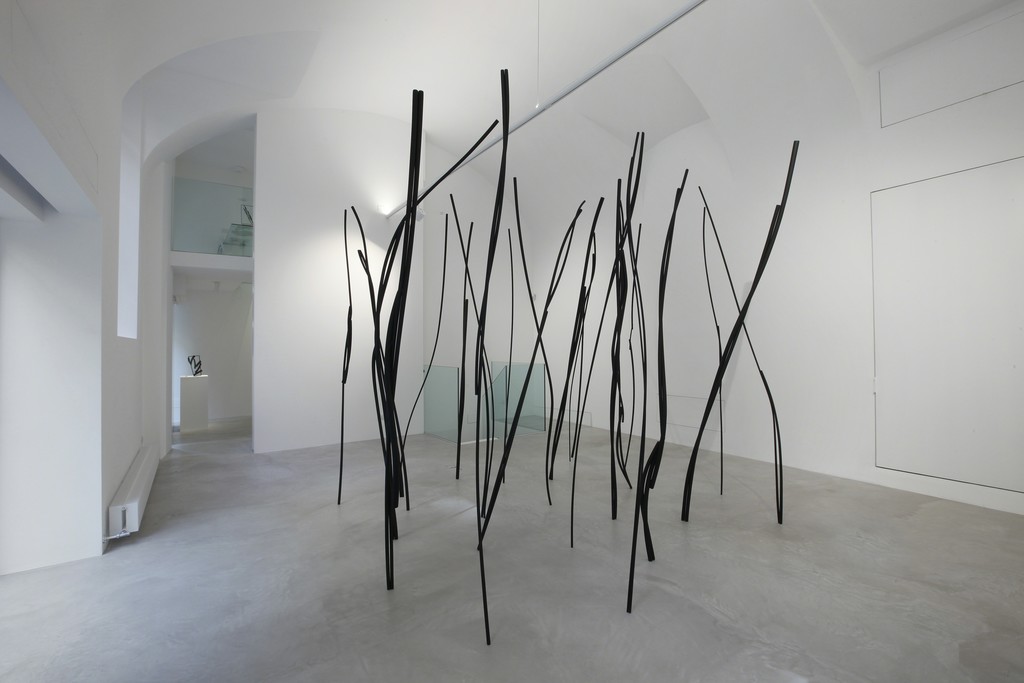 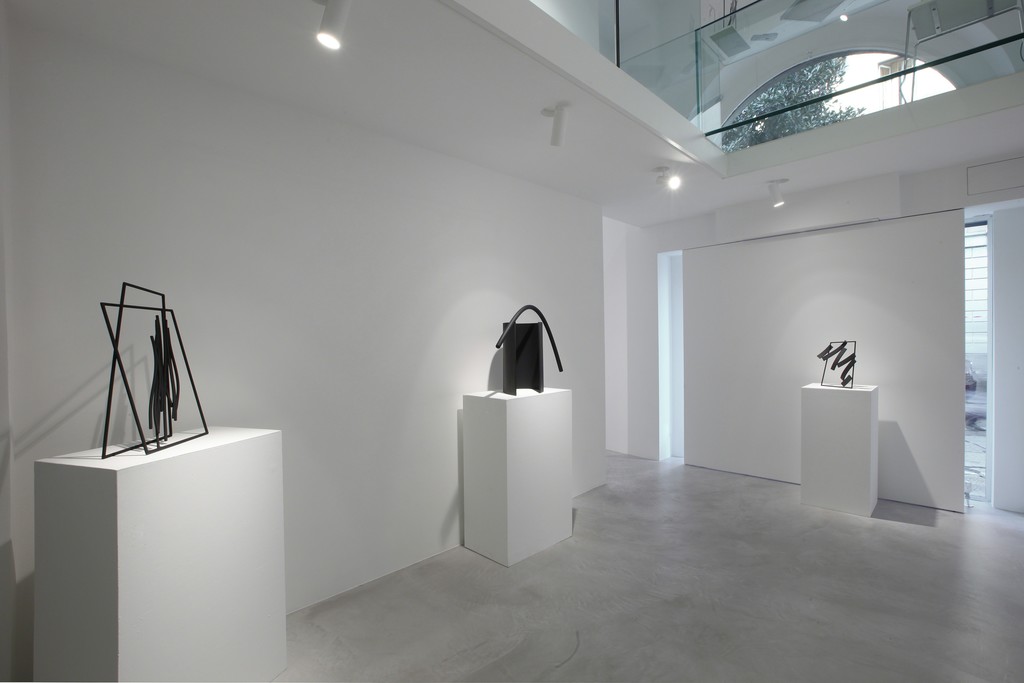 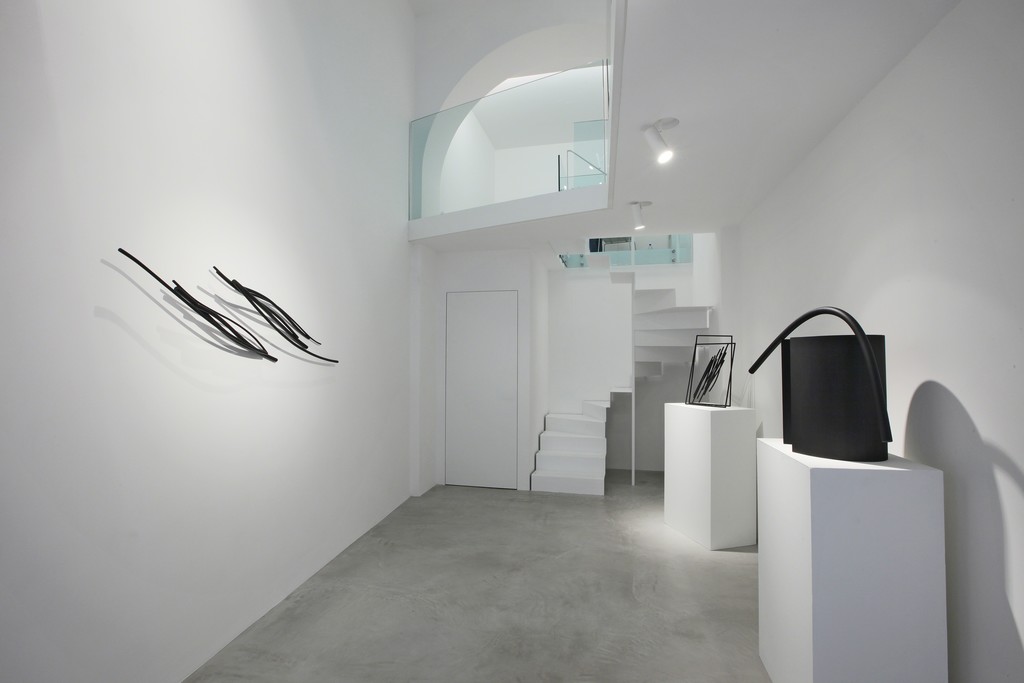 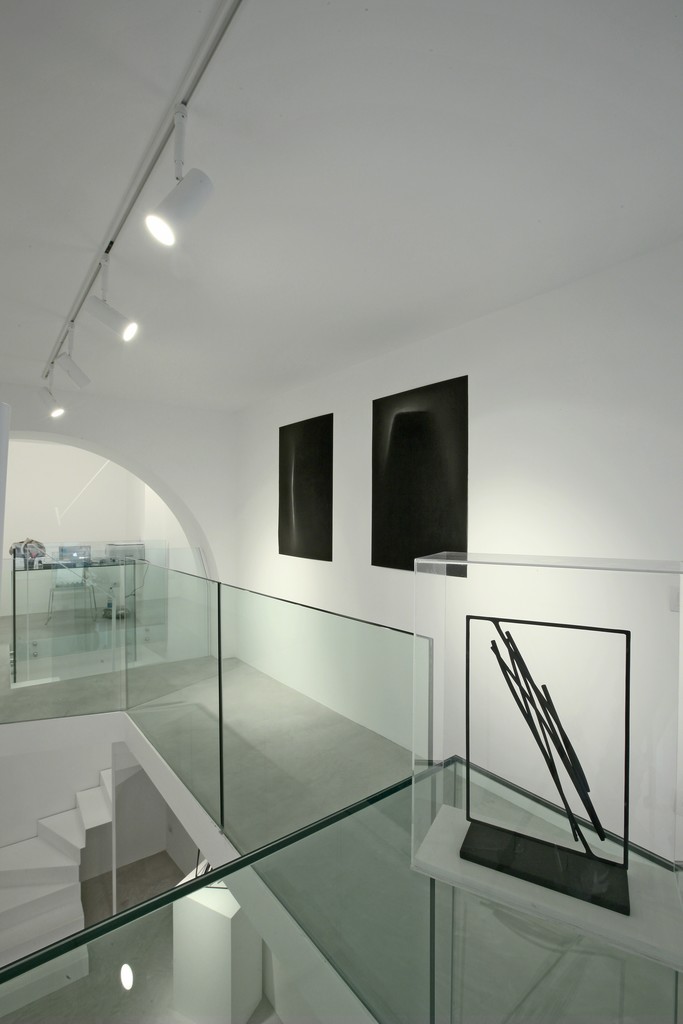 The MAAB Gallery is pleased to present, in its renovated rooms in Via Nerino 3, Milan, a solo show by Roberto Almagno, Tracce, curated by Marco Meneguzzo.

A significant selection of sculptures, including Memoria (1997-2000), will introduce the visitors to Almagno’s enchanting creative world. Beginning in the 1980s, after a brief period of experiments and inquiries into materials, Roberto Almagno (Aquino 1954) abandoned the use of clay, iron, and stone, and began to use wood as the only material for his sculptures. Branches, fallen and scattered around the woods near Rome, were gathered up and slowly worked on. First the wood was roughly shaped with rasps, then further worked on with water and fire, and was then slowly moulded and modelled until it arrived at the desired curves and formal perfection. The subtle and flexible wooden elements were finally assembled together in precarious and apparently impossible balances that challenged the laws of gravity. These are a-temporal and pure creations that have a classical simplicity and that appear, as the artist himself has said, like “wandering souls unburdened by shadows”.

The exhibition has been further enhanced by a series of works on paper belonging to the Ombre series (2000-2005). Even though not simple preparatory sketches, the drawings are closely connected to Almagna’s sculptural work. The surface of the paper has traces of such materials as ashes and rust, hand-rubbed by the artist and, due to this, partially absorbed by the support.

The show is accompanied by a catalogue in Italian and English, with a critical essay by Marco Meneguzzo.