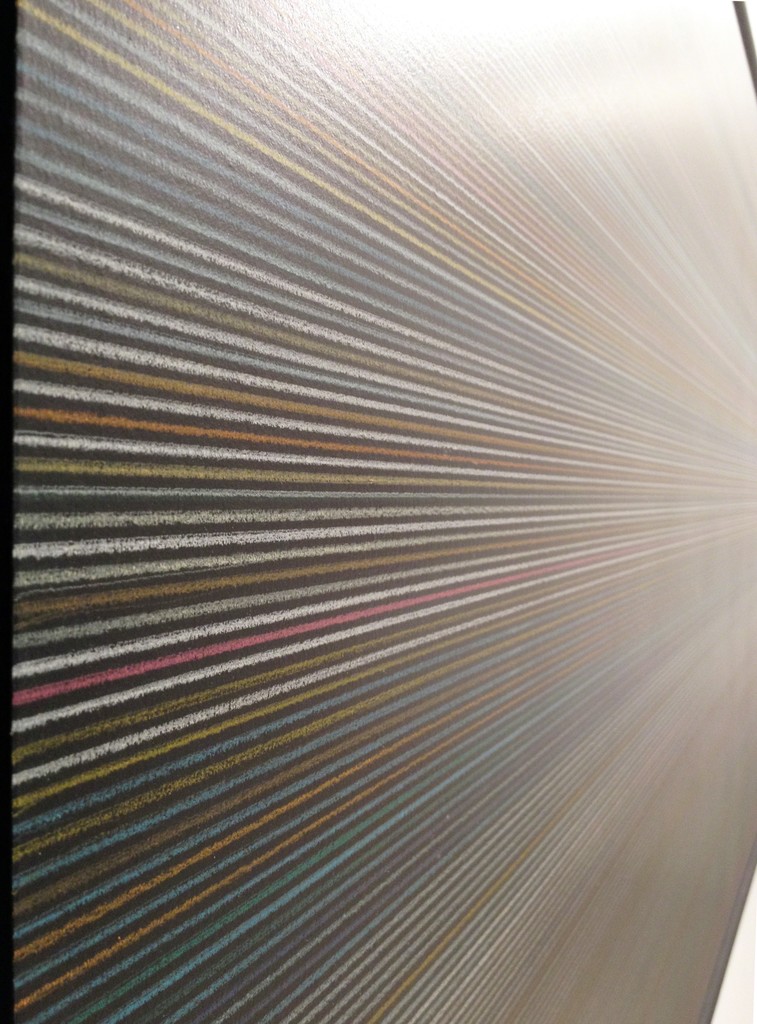 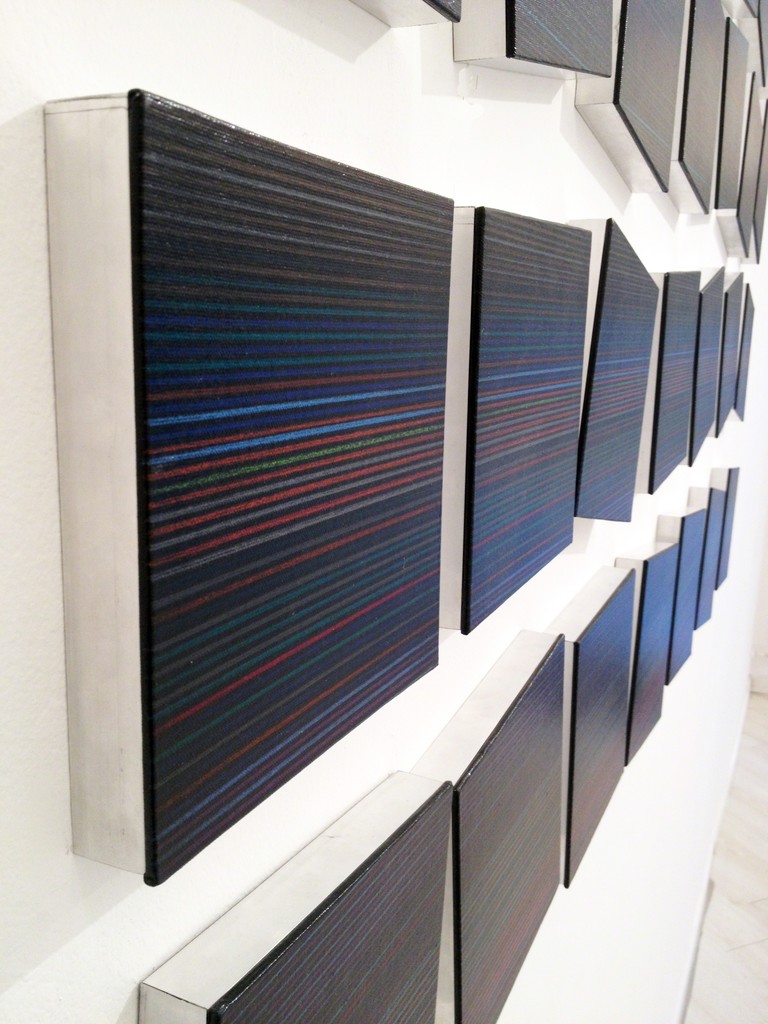 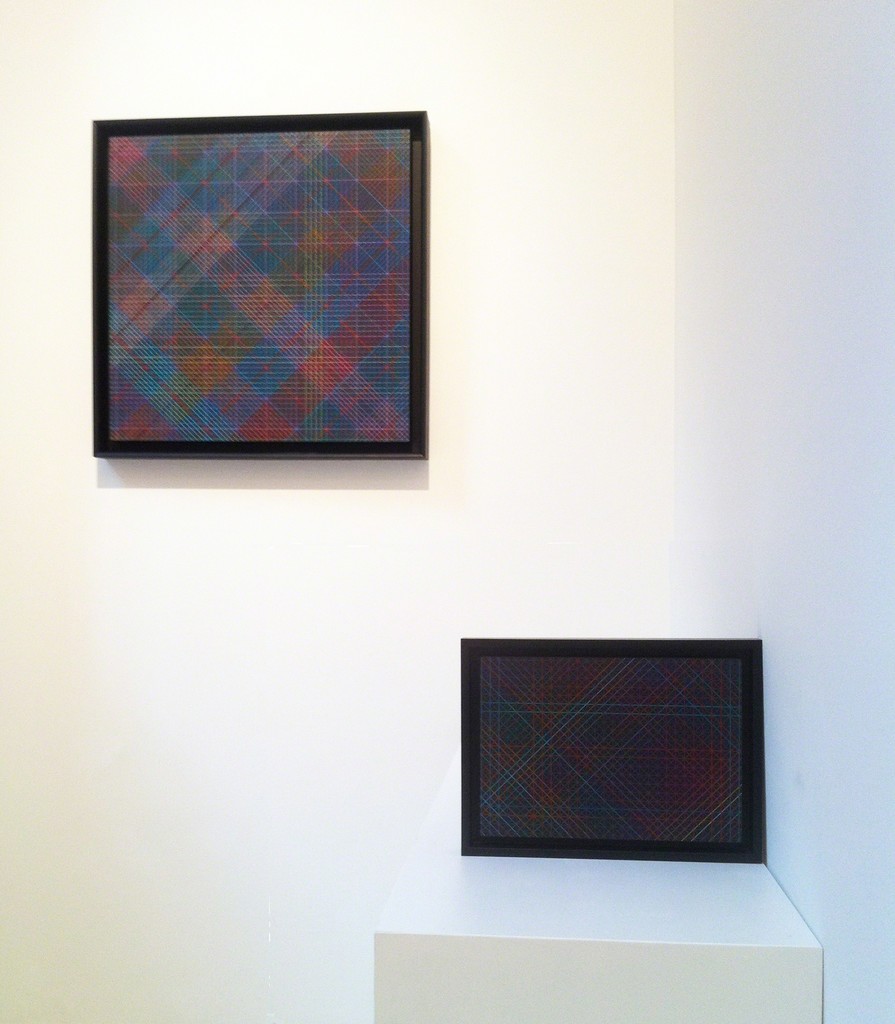 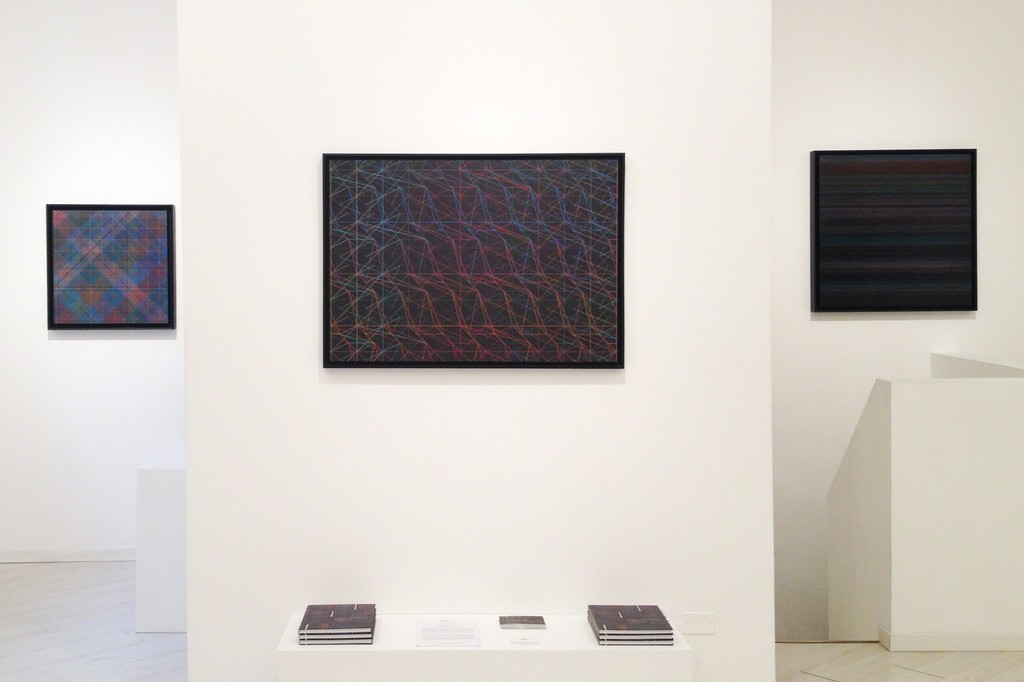 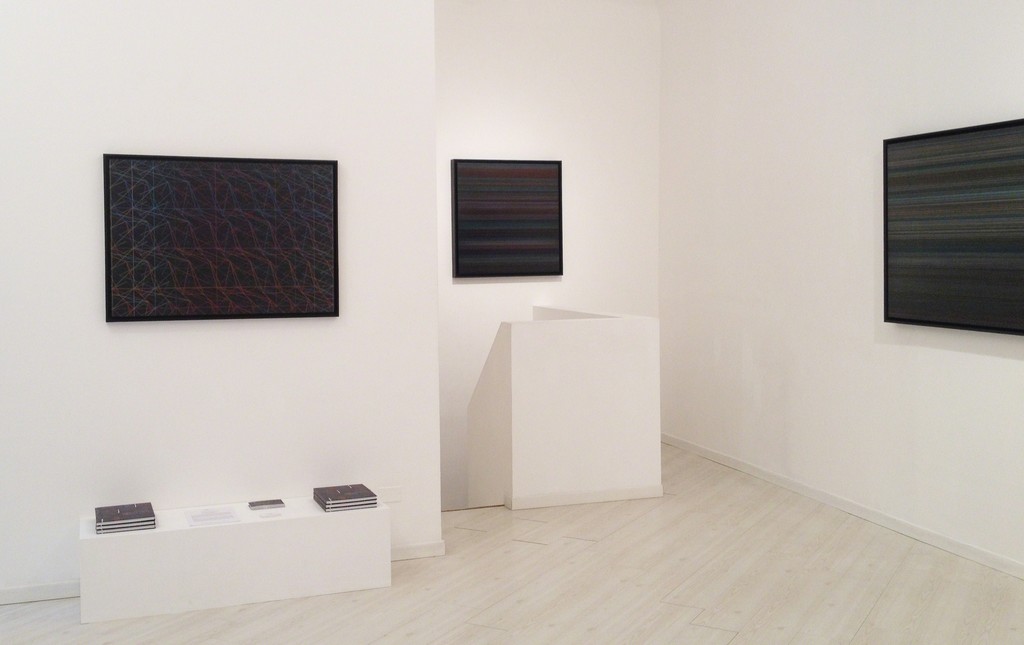 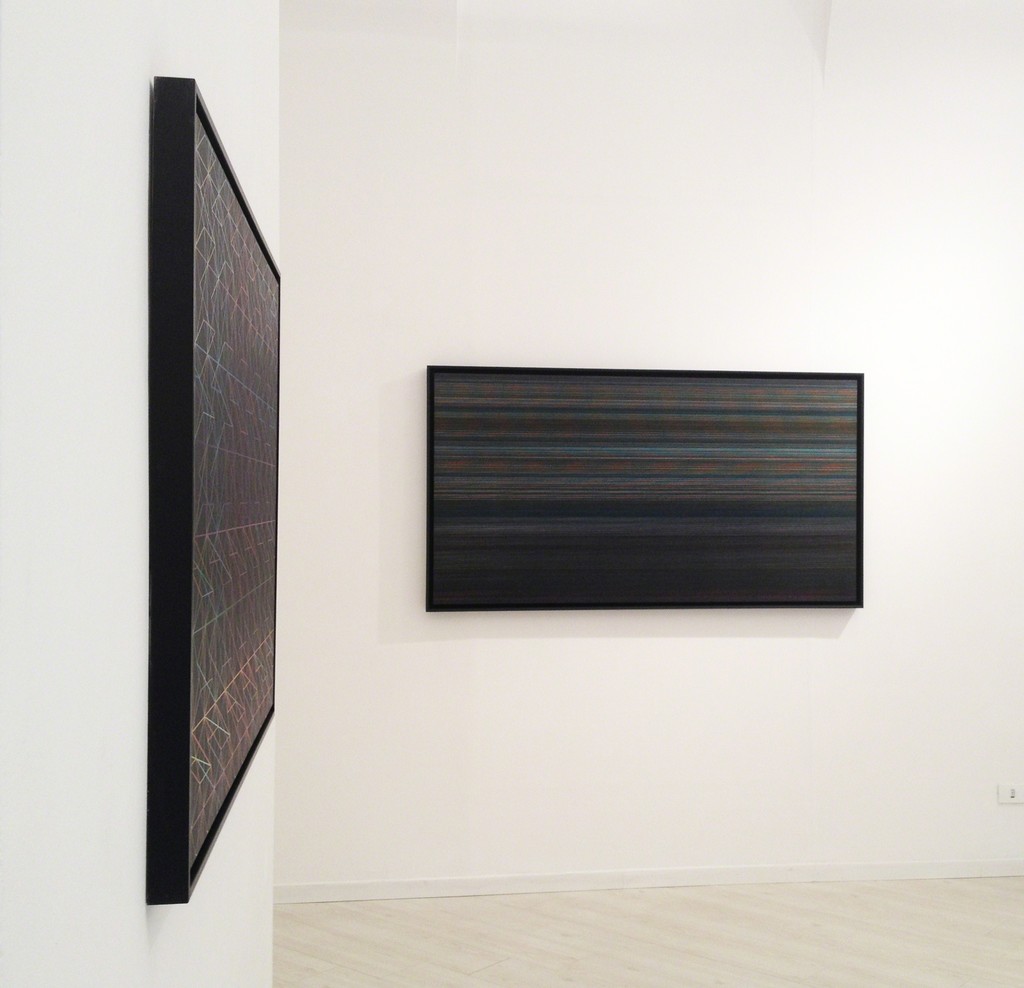 After his important exhibition at the monumental Templespace of the Kisceli Museum in Budapest, the MAAB Gallery is presenting the first solo show by the Hungarian artist Tamas Jovanovics (1974). In the exhibition rooms of the Via Nerini 3 venue, Jovanovics’ most recent series of works will be on show, the leitmotif of which can be seen in his painterly inquiry into the interactional possibilities and reciprocal influence of light and colour. With the aim of transforming colour into light, and of obtaining from it its purest value, Jovanovics’ art has its roots in black, the colour that includes all the others. The geometric lines, made from pastels on panel, follow a composed and calibrated order to acquire an intrinsic luminosity that, however, is revealed through a measured dialogue with black, in other words the absence of light.

The abstract concision of Tamas Jovanovics’ works, where the focus on technique and individualism still leaves space for primary marks and flat geometry, in this way arrives at a metamorphic and intangible ecstasy of colour that it transmuted into light.