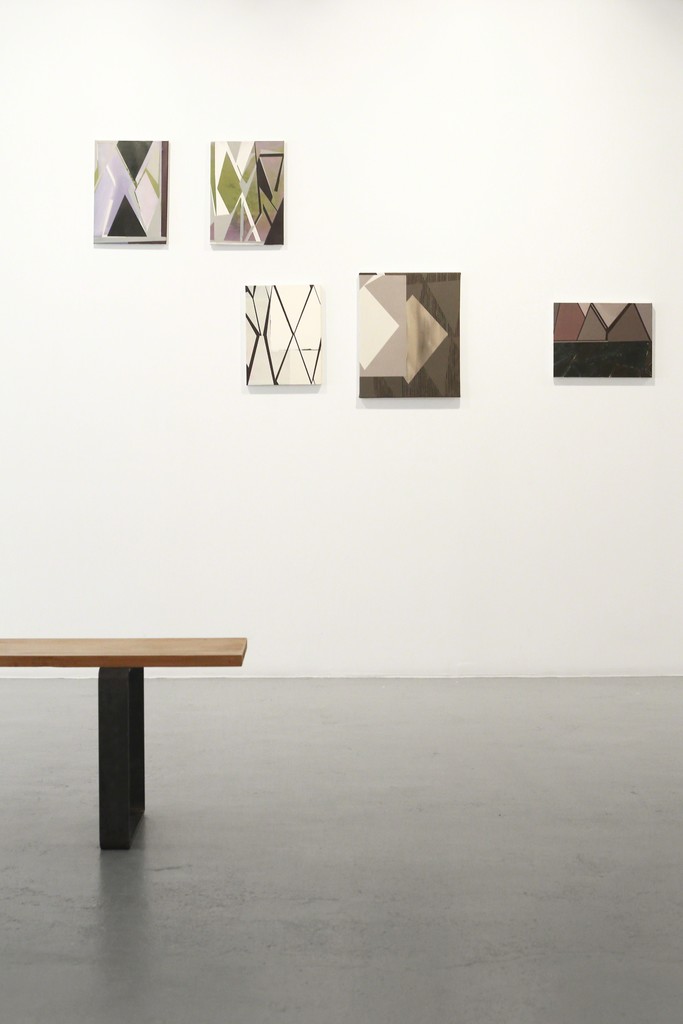 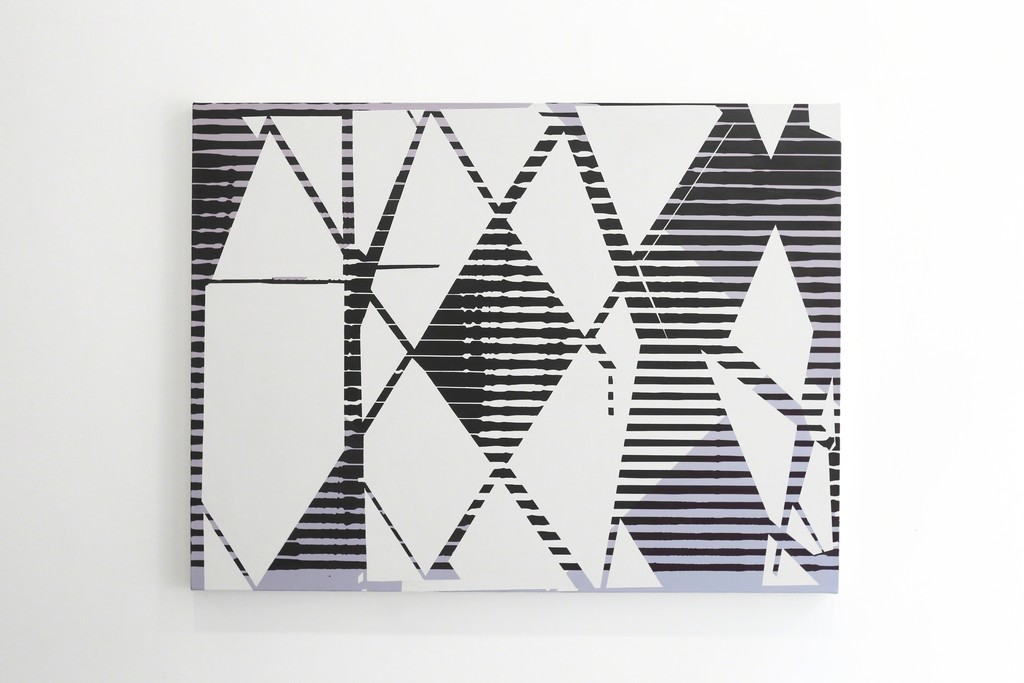 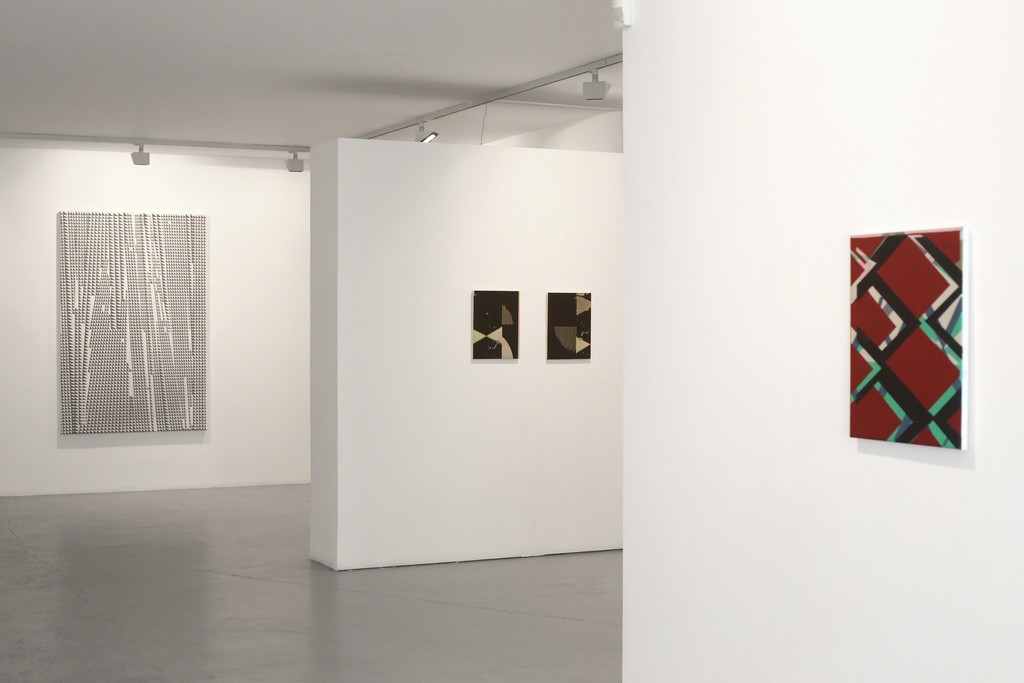 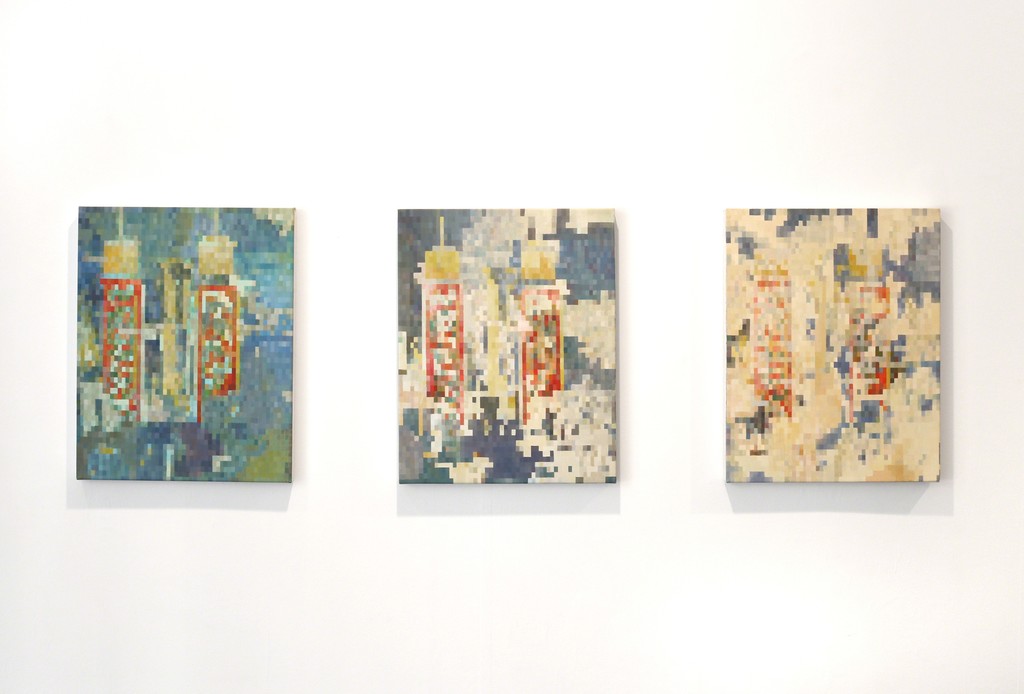 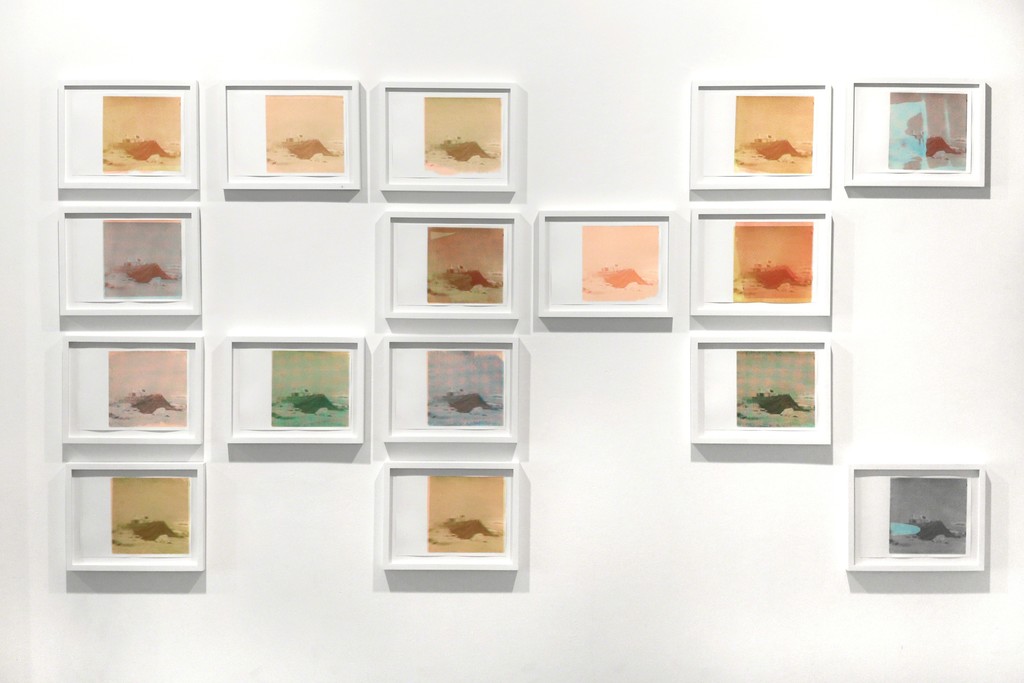 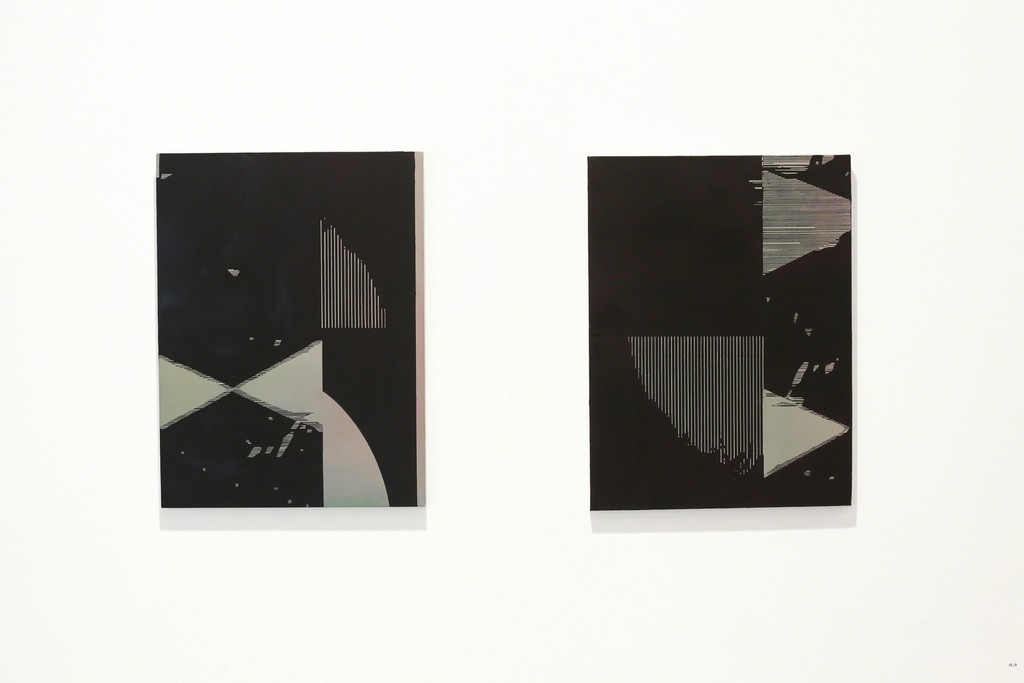 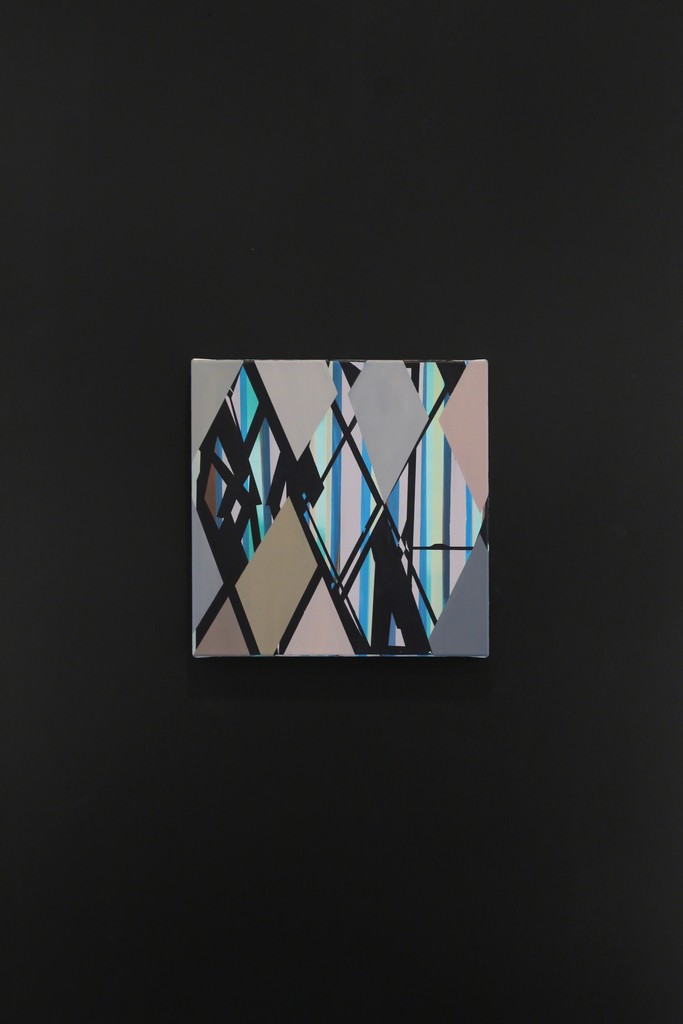 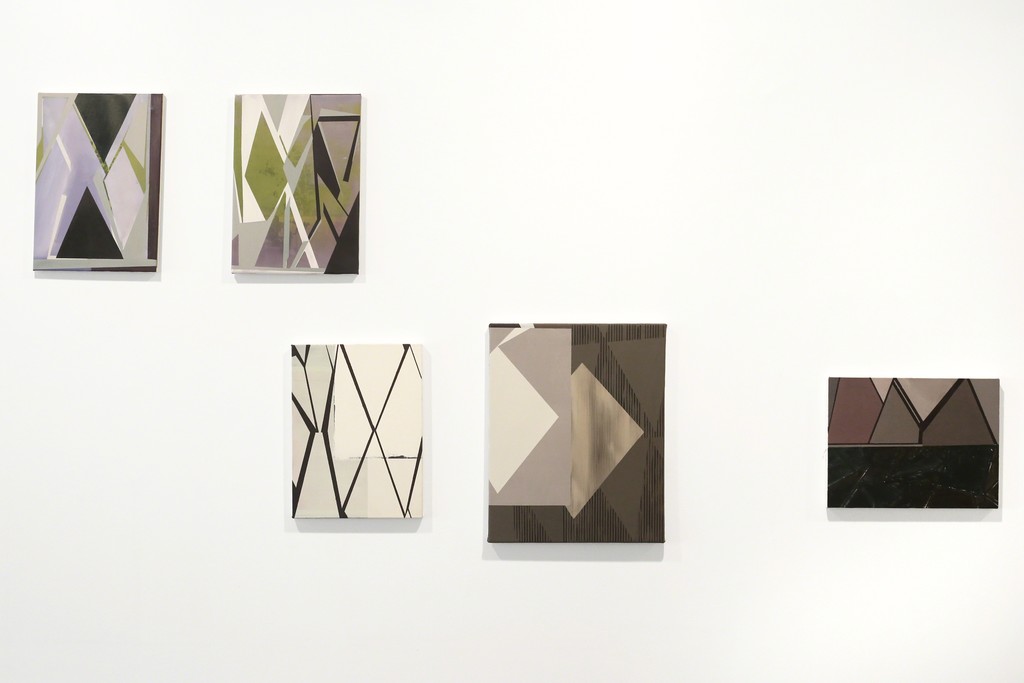 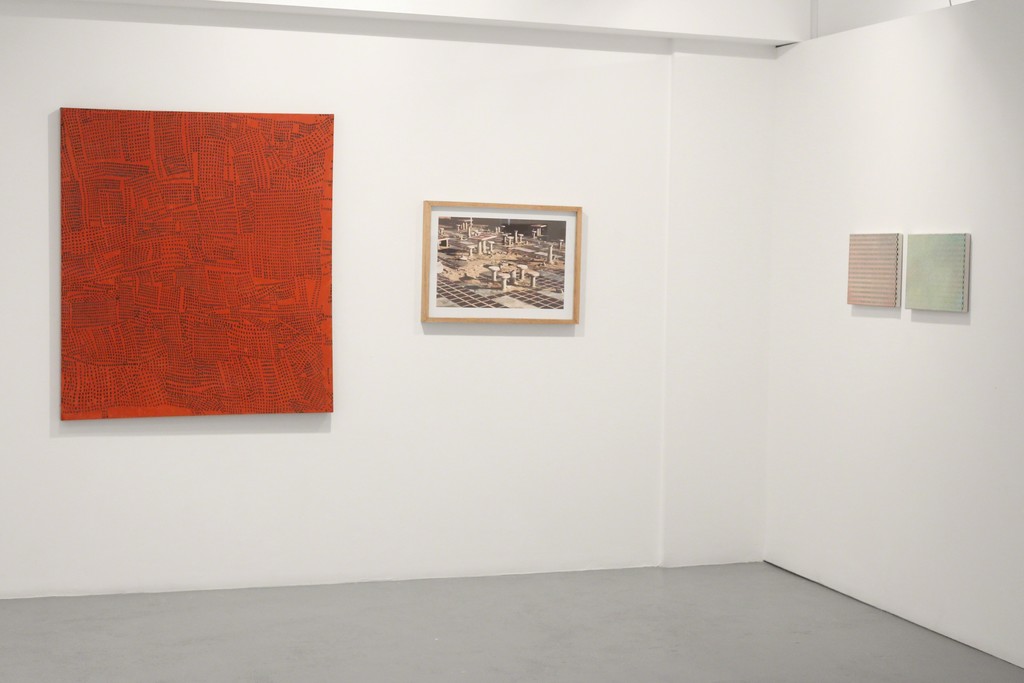 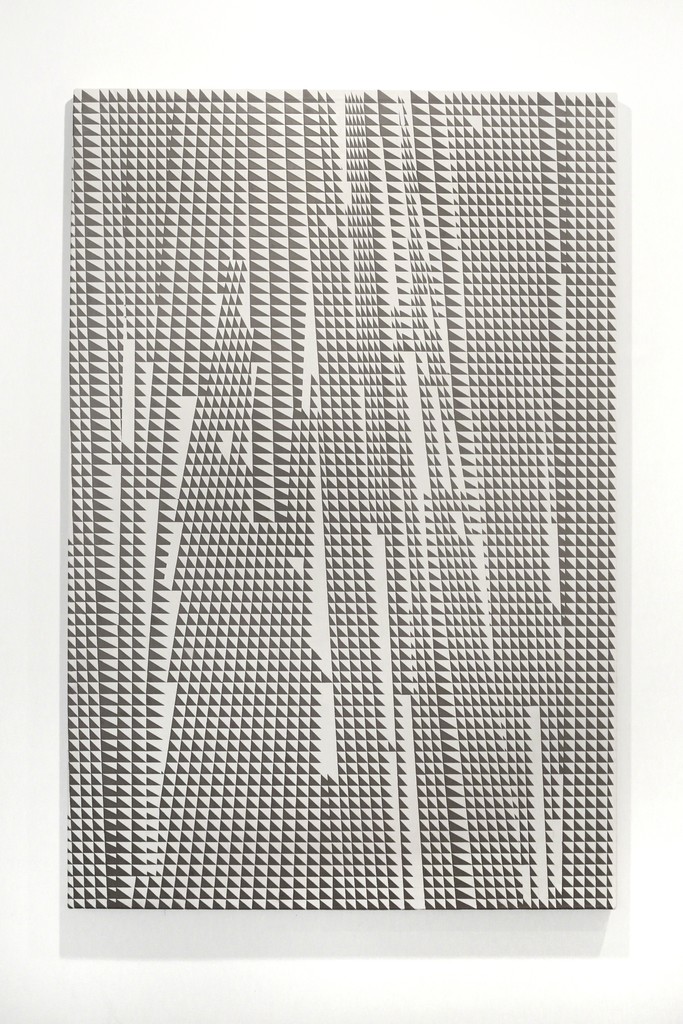 Fascinated by the rationalization of space and urban sprawl, Martínez’s work questions the abstract geometry of a city that has grown outwards in an uncontrolled way. The exhibition includes paintings and silkscreen prints that focus on two themes: reconstructions and displacement.

For his latest body of work the artist turns his attention to the repetitions and revisions of ideas that begin to make sense on their own. The pictorial becomes stronger before the graphic image, generating a tension and at the same time a coexistence between both disciplines that have accompanied the artistic practice of Martínez in recent years. It seems like his paintings are built from remains of previous work and the work with time has become self-referential leaving behind the immediate look of the city.

“The newest paintings break down the regularity more radically: they introduce variations in the scale of the characteristic triangular units; larger monochrome areas; some rectangular areas like blank walls; and less regular zones of darkness, as if some lights have been turned off. The abstract qualities are ramped up as - exploiting our familiarity with his language – Martínez is able to remove more of the pattern without reducing its impact. That said, there is always the danger that things will go too far. Martínez’s most recent silkscreen has, unusually, a caption – and it’s ominous: ‘notes for its destruction’.”[1]
[1] Paul Carey-Kent – Reality Checks Cipriano Martínez, 2015