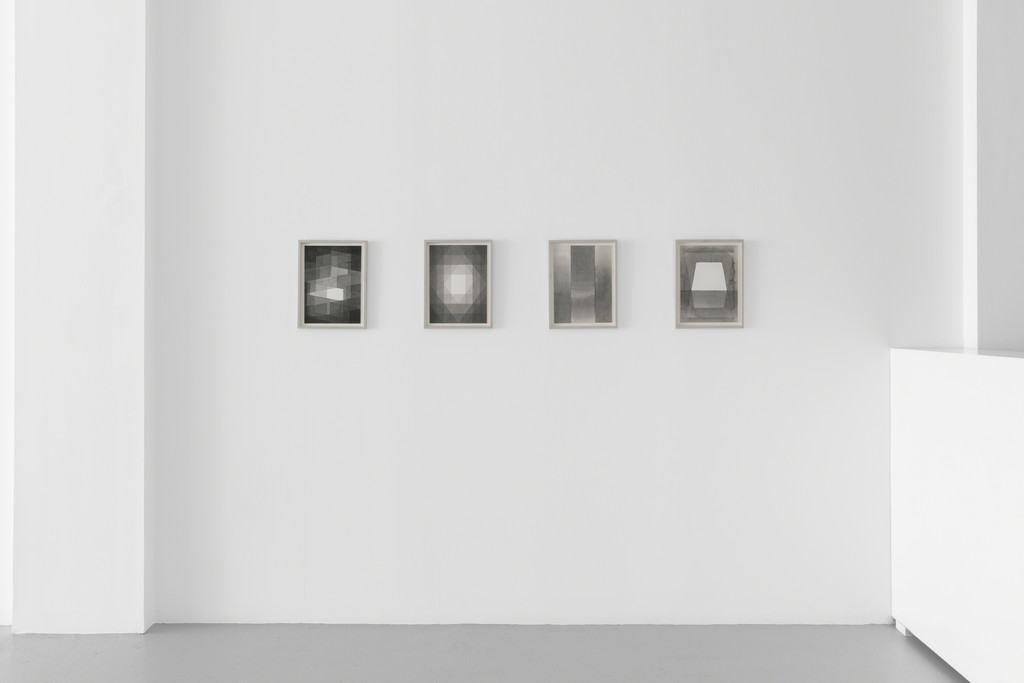 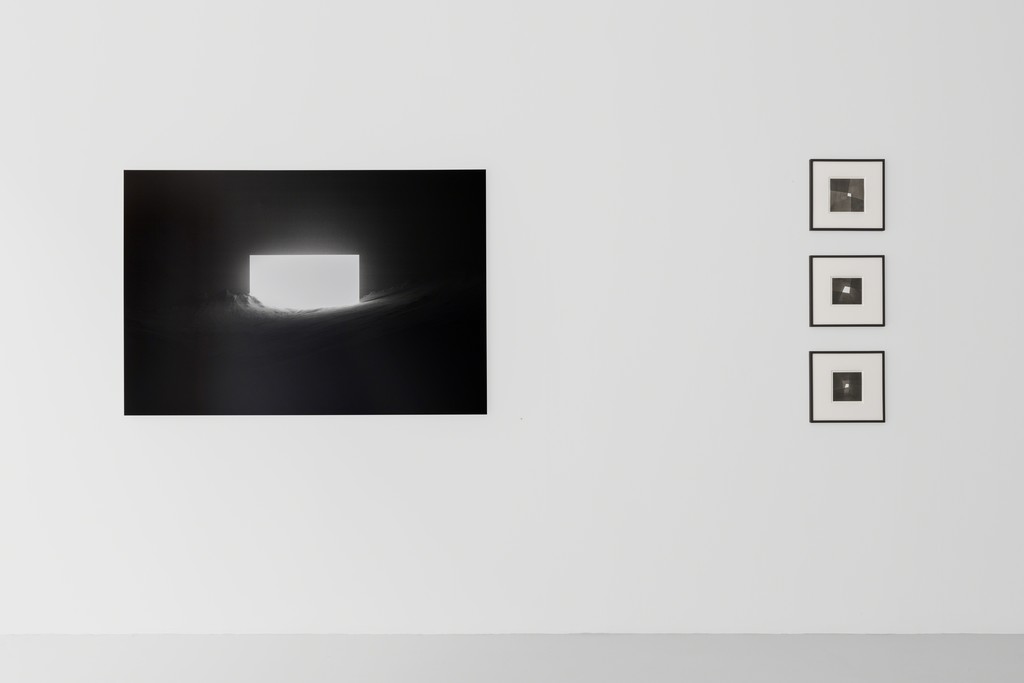 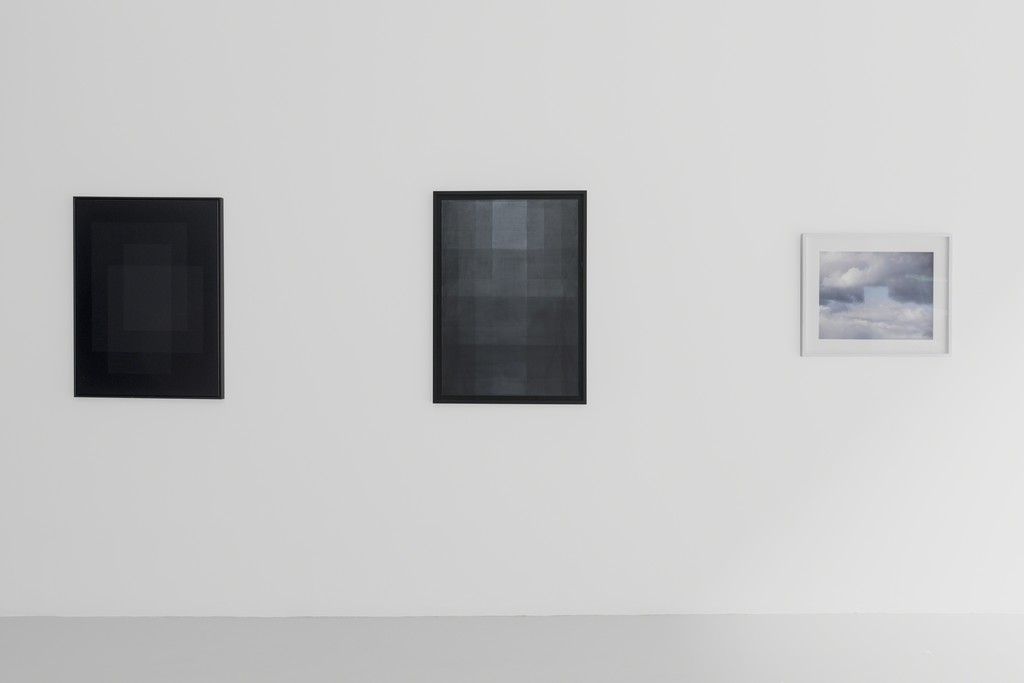 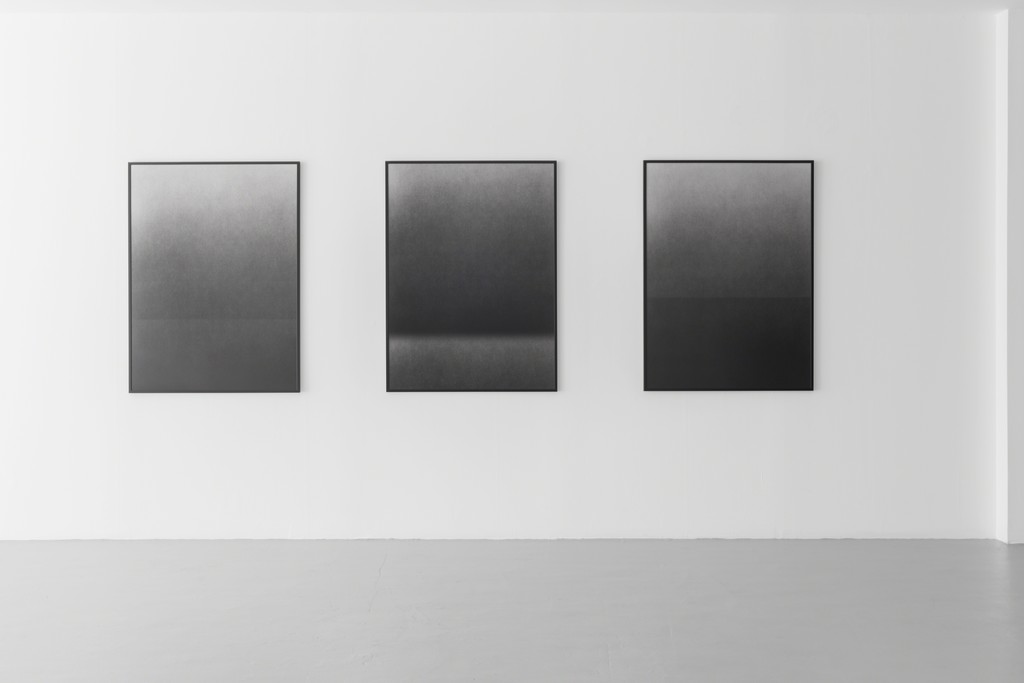 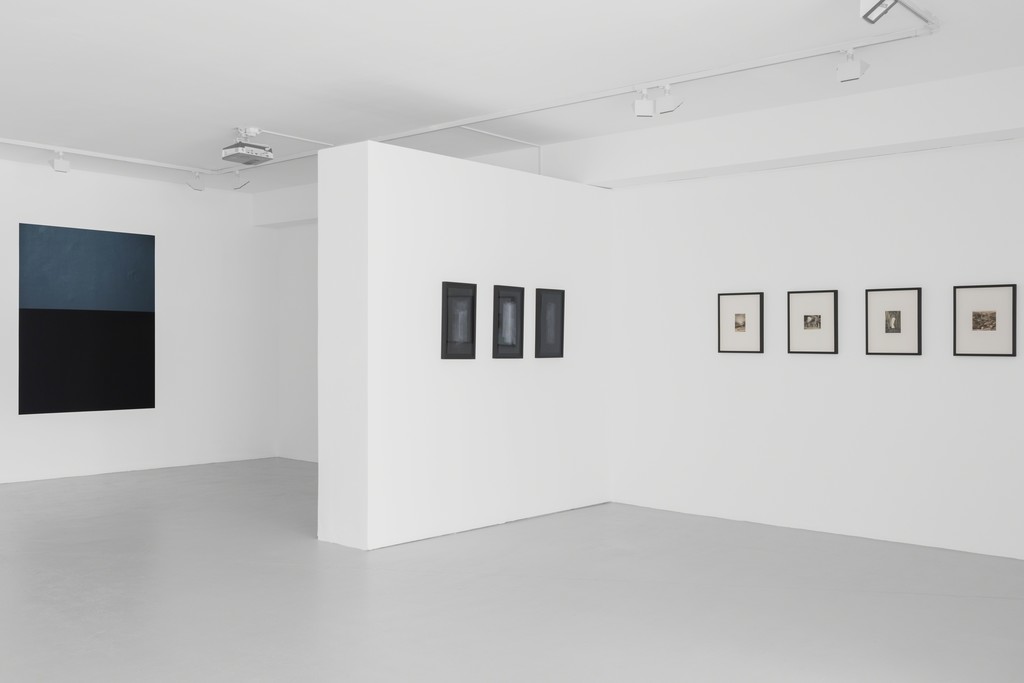 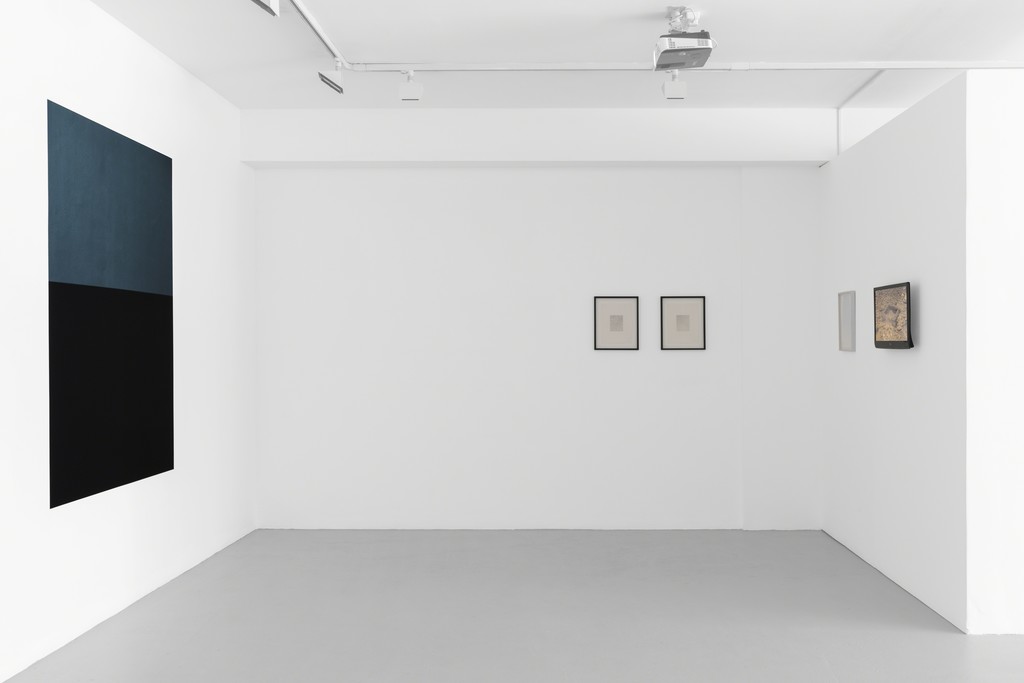 After producing the monumental ‘Woven Portico’ piece and winning Saatchi’s ‘New Sensations’ in 2012, Nicolas K Feldmeyer gained much attention of the London art scene. For his first solo show in London, ‘Subliminal Spaces’, Maddox Arts presents a range of works, all created in the last two years, revealing the essence of Nicolas’ artistic expression. Using a diverse range of media, Feldmeyer creates spatial compositions of translucent layers with luminous geometries depicting an introspective space. Photographs, screen prints, charcoal and ink drawings, 3D rendered images, videos and collages are part of a continuous exploration of space and light in his images. With an atmospheric presence and an almost ritualistic devotion to order and repetition, the works hover between geometric abstraction and insinuations of a threshold and gateways to a place ‘elsewhere’.
Feldmeyer’s work evokes a contemplative perspective of the world in which he feels drawn into when inspired by nature, geometry, the sublime and vast spaces. Created with a wide range of media, his work articulates a quiet quest for that which lies beyond or before words, assuming a natural connection between seemingly separate entities.
Embracing the stillness of observation, the artist experiments, like a child does, with space, materials, light and balance to compose the conception of an image. Subtly shifting contexts and contents, he focuses on the minimum change for the maximum transformation, as a touch of magic tricking the viewer’s experience and understanding of his artwork. Layers of transparency, patterns and the ambiguity of forms, symmetries, contrasts between black and white, full and empty, the presence and absence of light are key characteristics of his explorations and reflect Nicolas’ fascination with abstraction. Seeking to make connections between the natural and the man-made world, he reduces his creations towards simplicity. Detailing the complexity of this world to mirror the mind, Feldmeyer creates imaginary environments of wonder.
Feldmeyer has extensively exhibited in Europe, U.S and Australia and Asia as well as at major art fairs including Art15 London, Liste Art Fair Basel, MIA Milan and Artefiera Bologna. The multi-awarded artist won Channel 4’s New Sensation in 2012, a US Fulbright Grant and the San Francisco Art Institute Institution Award, USA. For his degree show, he won the William Coldstream Memorial Prize and most recently the Lumen Prize Finalist Award, being also selected for Fresh Faced + Wild Eyed 2013, The Photographer's Gallery in London and nominated for the BNL/BNP Paribas Group Award. Feldmeyer’s work is part of private collections in the UK, Switzerland, USA, Italy, Qatar, Denmark, Spain and Ireland, UCL Museum and The Leslie Collection.