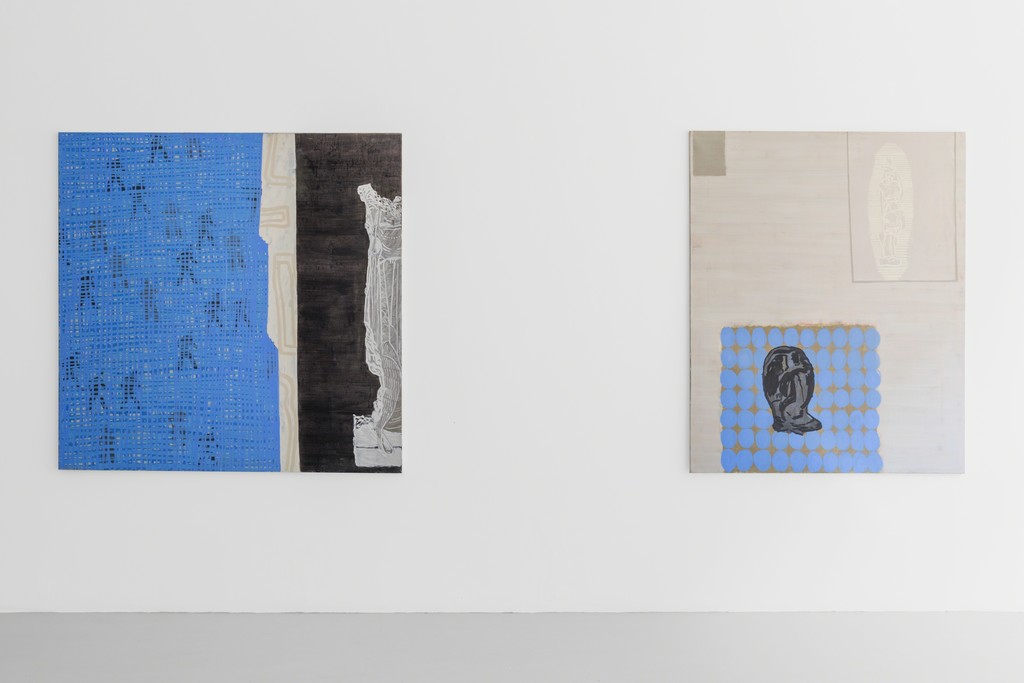 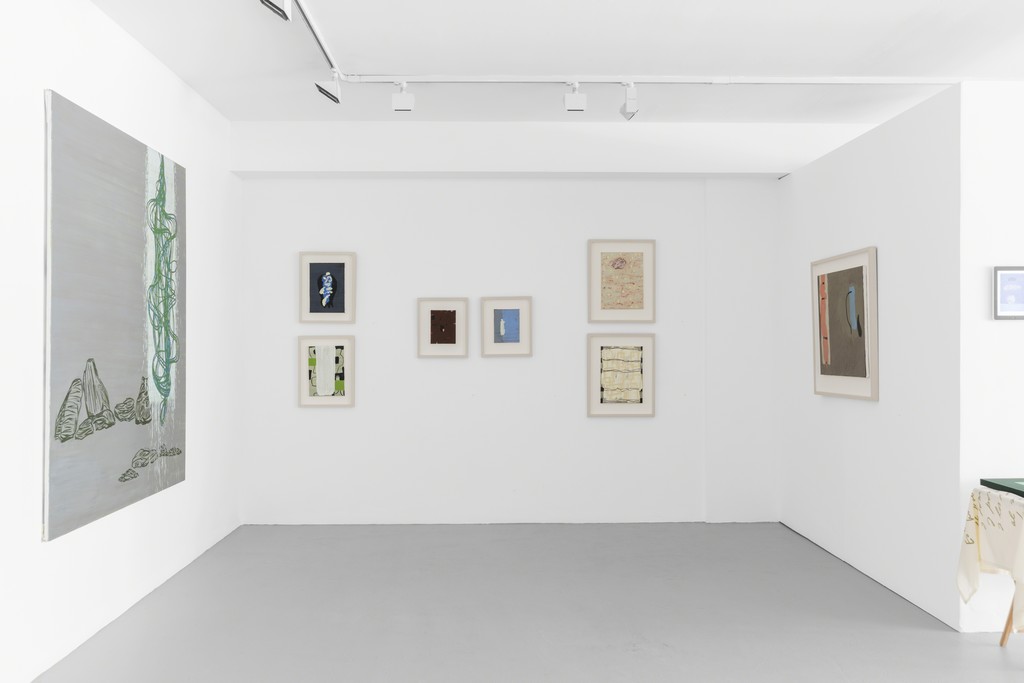 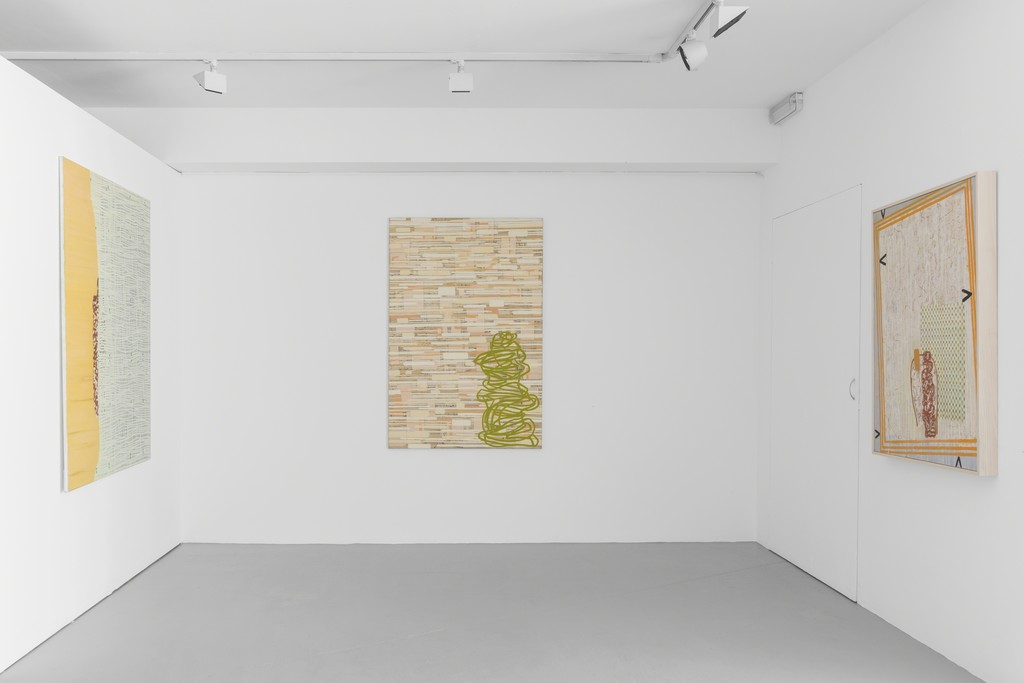 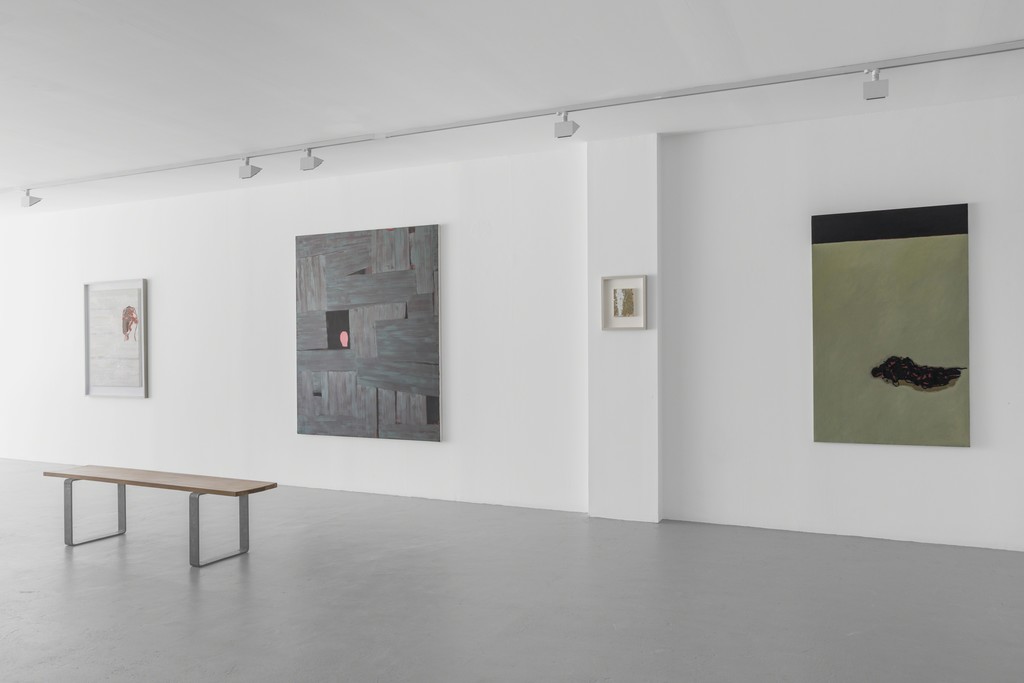 Presented here is a selection of newer work from that retrospective along with a series of very recent paintings that reflect a change of mood in the artist’s outlook as his paintings explore a more minimal approach while still using a fusion of figurative and abstract imagery. With this development the artist has arrived at a uniquely subtle style, one that is informed by improvisational music and poetry but always in relation to the internal space of memory and association and the external space of human experience a style that speaks beyond the formal strictures of painting directly to the he

“It was the great English poet William Blake who declared that ‘Without Contraries there is no progression’; and it is hard to imagine a better account of the painting of Peter Griffin. This is a painter whose canvases are often divided; a determinedly contemporary artist intrigued by the past whose recent works are stamped by the tension between inside and outside an artist preoccupied by revelation and concealment…Their meaning is to be read from a complex and unending dialogue between the elements that has no closure. The present cannot unwrap the past but nor can it stop trying to do so…Without contraries there is no progression, as Blake so rightly said”

With Peter Griffin’s paintings it is possible to experience a contrast to, or even a bulwark against, the information societies rapid undermining of our concepts of space and it’s trivialization of the multiple layers of time and meaning preserved in art and history, This is precisely one of the elements we are made aware of in viewing Griffin’s paintings. In his novel “Slowness Milan Kundera offers a playful and critical account of what happens in and to a society when everything takes place with escalating speed. The end result is that forgetting wins over remembering and that seeming becomes more important than being. Furthermore, it has always been important for Griffin to create works that are also places of contemplation . The dialogue between past and present and the interplay between innovation and tradition in art and culture have always been important to him.

Griffin has held solo exhibitions in Museums and galleries throughout Europe, Latin America, and Australia. Amongst these were his exhibition “Sealed with Fire” which was selected as the exhibition to mark the twenty fifth anniversary of the death of the Nobel Laureate Pablo Neruda and which travelled in Europe and Latin America while another of his exhibitions “Identities” was shown at The European Parliament Galleries to celebrate the fiftieth anniversary of the European Commission of Human Rights. His work is to be found in major public and private collections throughout the world.