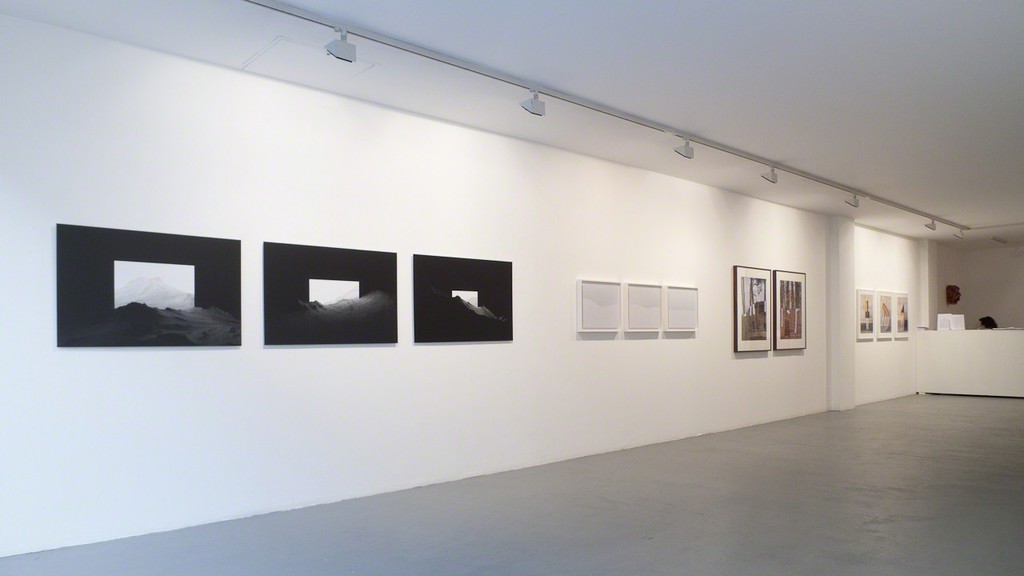 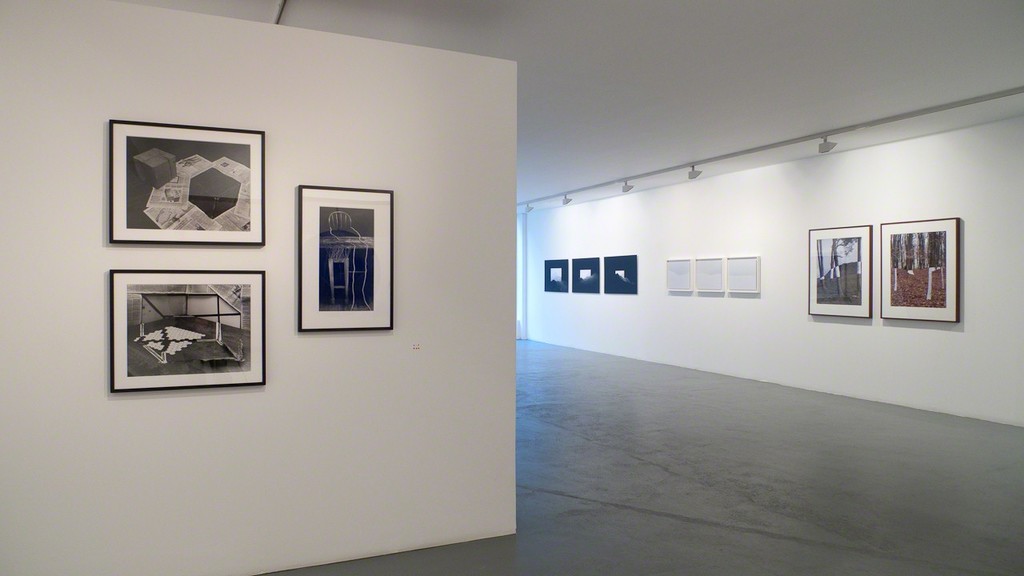 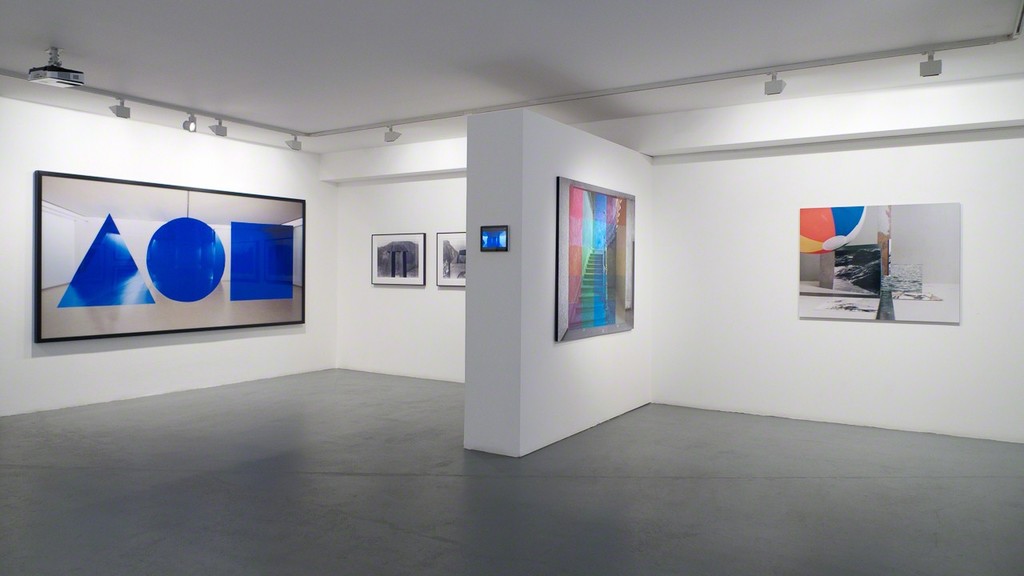 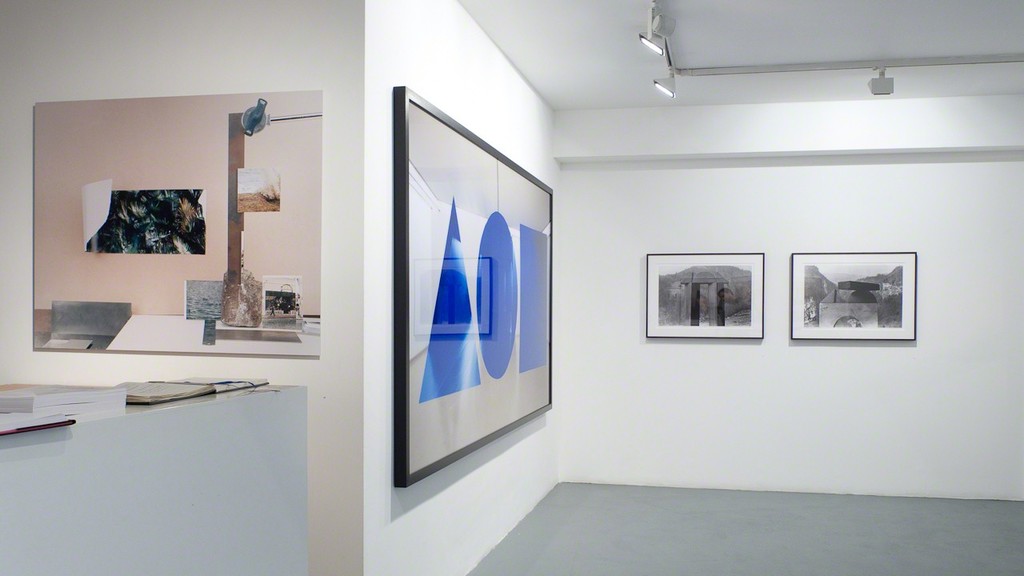 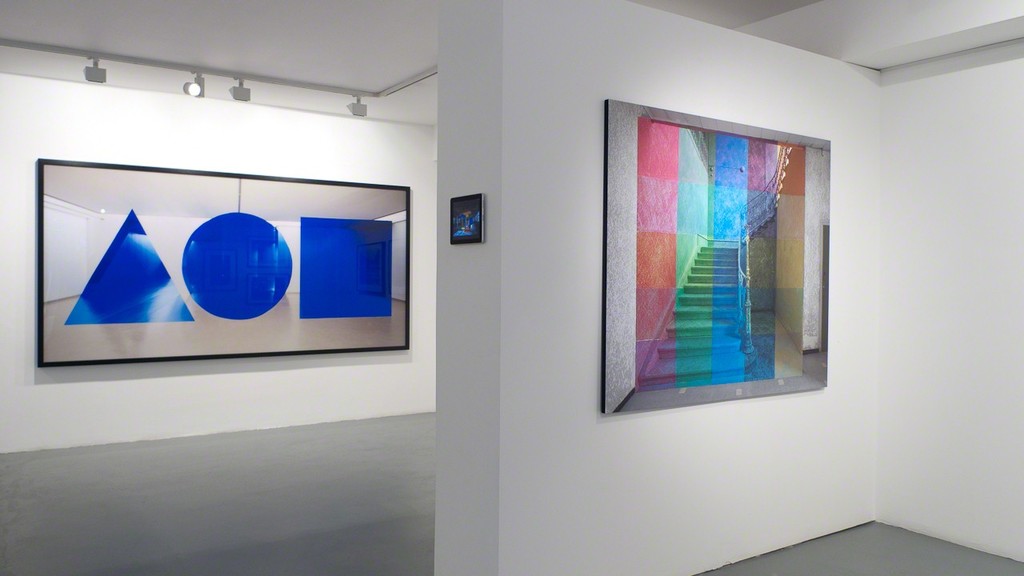 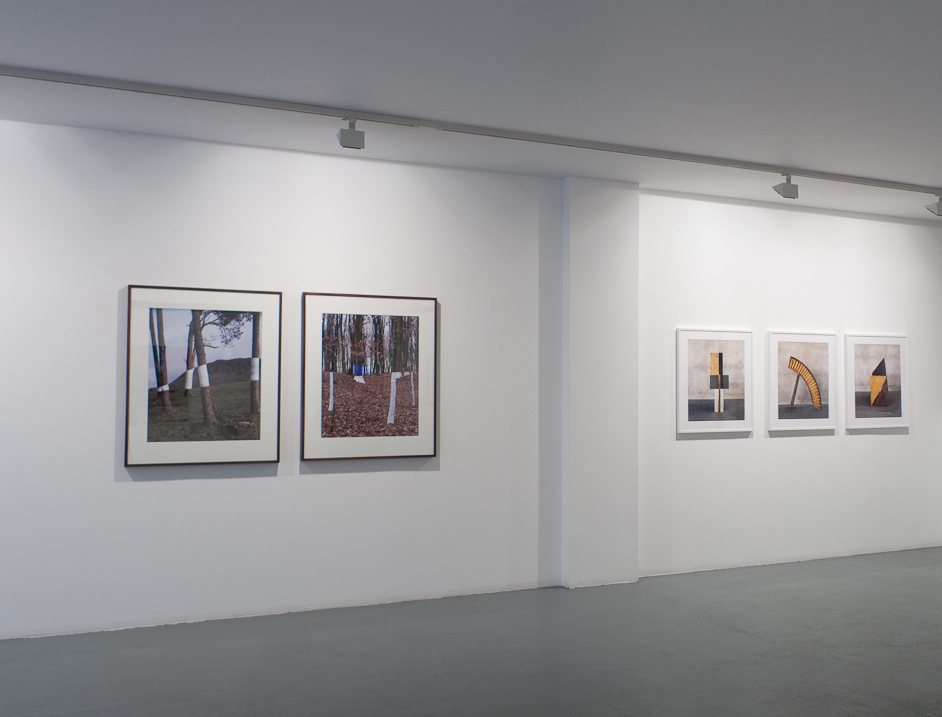 Maddox Arts is delighted to present its latest exhibition (un)real. Bringing together a global cast of artists the exhibition aims to present a view of some of the most exciting contemporary artists working in the field of abstract and constructed photography.

Throughout the show we find artists eschewing the software-enhanced manipulations that have become so ubiquitous of our digital era in favor of more cerebral modes of visual enhancement, optical distortion and Gestalt illusion. In many cases the images on display are the fruit of countless hours pre-production, whose grace belies their own meticulous construction as a disparate group of artists harness the camera’s ability to render in time the overlapping worlds of sculpture, architecture, installation and performance.

In the work of Georges Rousse, we see an artist whose fascination with single-point perspective has led his practice to a realm of mastery where the degree of intervention becomes monumental in its scale and precision. With every abstract shape floating on the surface plane is a constructed intervention in the architectural space of his sets (usually buildings in disrepair) so that the final image is resolved in a single view. Once documented the installation is destroyed leaving this image as the only way to interpret the space; each piece conceals a mystery waiting to be uncovered once we look below the surface of the work and fathom its construction. Single point perspective is similarly the focus of Welsh artist Zander Olsen. Part land art, part installation, Olsen intervenes the stark beauty of the empty landscape of his Welsh homeland by binding foliage in such a way that the horizon becomes perfectly framed in symmetry, taming the chaos of nature, albeit from a single point. The works on show are part of an ongoing series entitled Tree, Line featuring interventions in Wales, Surrey and Hampshire.

In the work of Nicholas Hughes we witness a similar preoccupation with nature viewed via another approach; negating any physical intervention, Hughes utilizes the reflective purity of an undisturbed snowscape to render his abstractions, in doing so we are reminded of Abstraction’s roots and of Turner’s quieter, more melancholy moments. Conversely in the work of Nicolas Feldmeyer, we see an artist carving a virtual topography out of shadowy abstraction, using light and dark to coerce our imagination into the paradox of an unnatural landscape. Are we in a room looking out to the vast mountain-scape? Is it natural? Is it man-made?

Constructed studio shots are seen in the works of Zeke Berman, Mari Mahr and Eugenia Ivanissevich with each artist distilling richly multifaceted scenes into the rigid two-dimensionality of a single photograph. Zeke Berman, who is currently on show at the MoMA in New York, is contributing three early works from the late 1970s and early 80s. These abstract compositions show humor and experimentation in the medium bring in a playfulness with optics and a sculptural hand of the artist in its orchestration.

Mahr and Ivanissevich’s work also have a playfulness inherent in their compositions. The subject matter of Eugenia Ivanissevich’ series On the Island, of which two works are on show, touch on themes of travel and displacement. Ivanissevich, who was born in Argentina but studied and lives in London, creates visual diaries of her thoughts and travels that are then collaged within her studio space in constructed vignettes. Like overlapping memories each view competes for our attention, as layers of reality are stacked through time over a single perspective. With Mari Mahr, landscape, architecture and personal journeys also provide the source material for her constructed photographs. In the two works on show at Maddox from the 1980s Arquitectura Mahr is referencing her father who was an architect and who always had aspirations that she would follow suit. Here, her archival silver bromide prints confound scale and perspective with seemingly monumental structures made from toy blocks.

Likewise with the work of Gastón Ugalde there is no requirement for digital intervention, enhancements or manipulations. The work of Bolivian artist Ugalde is deeply connected to his country and his landscape, using the backdrop of Salar de Uyuni saltpan which is breathtakingly beautiful but also steeped in social and political context. Ugalde is interested in the extreme temperature of colour that can be captured in the landscape and then within this he releases objects or composes figures (often staged as objects) using colours and textiles that are connected to the culture, craft and heritage of his country to juxtapose a surreal and inspiring image that is hard to believe existed in nature.

Without casting aspersions on the rich and varied digitally enhanced aesthetic of our era it is, however, fascinating to challenge the discerning visitor to see (un)real with questioning eyes: to consider what the artist is showing you and importantly what the artist is not allowing you to see. What is real and what is unreal will be questioned…but not necessarily answered.