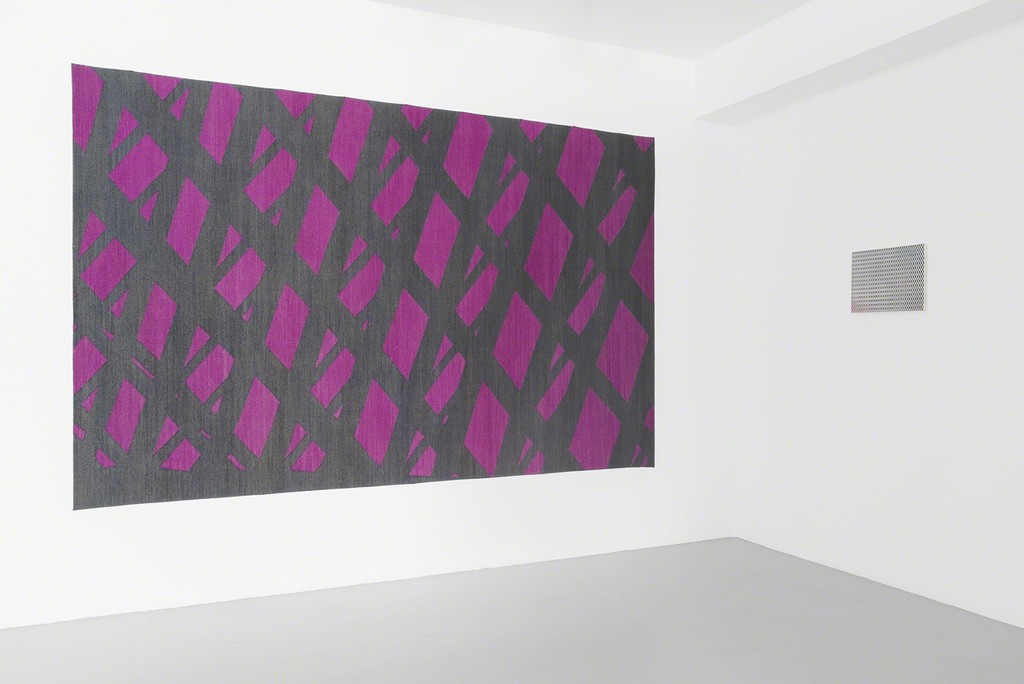 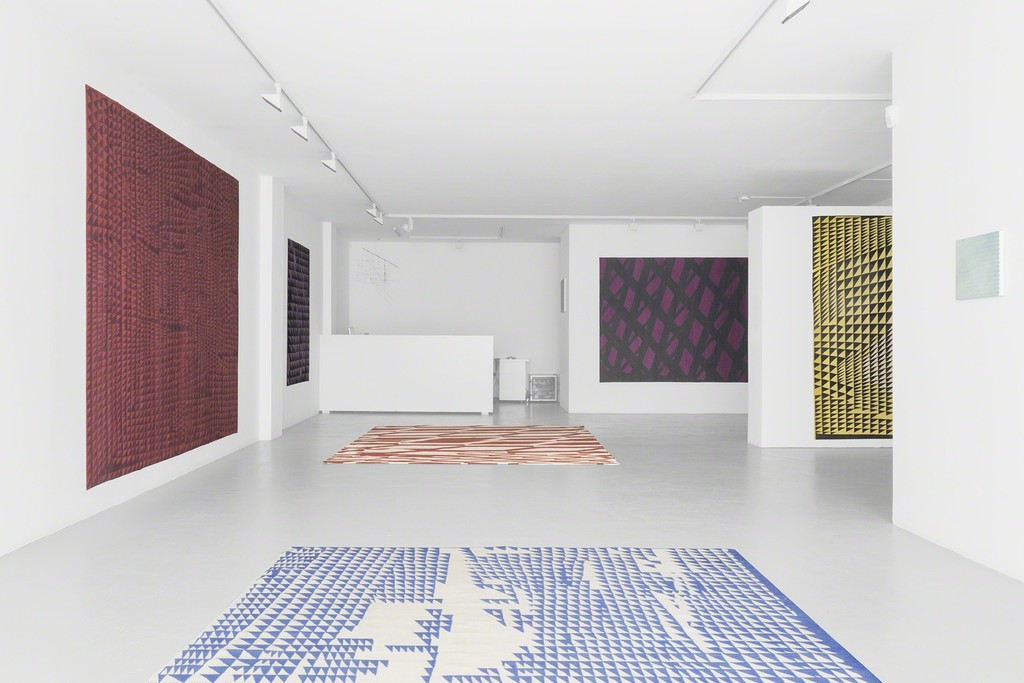 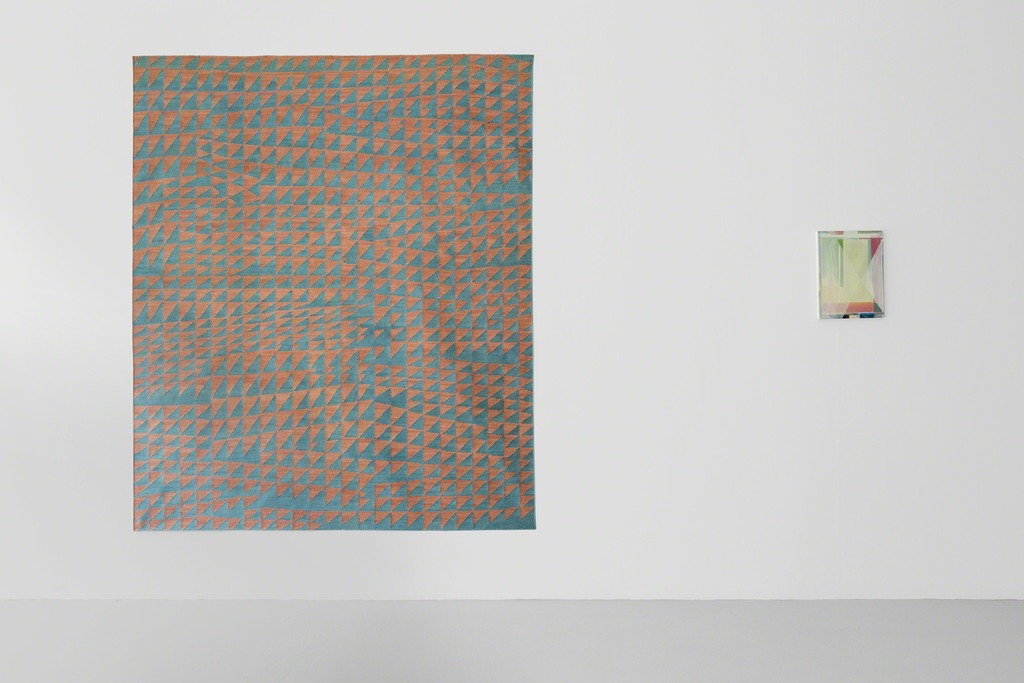 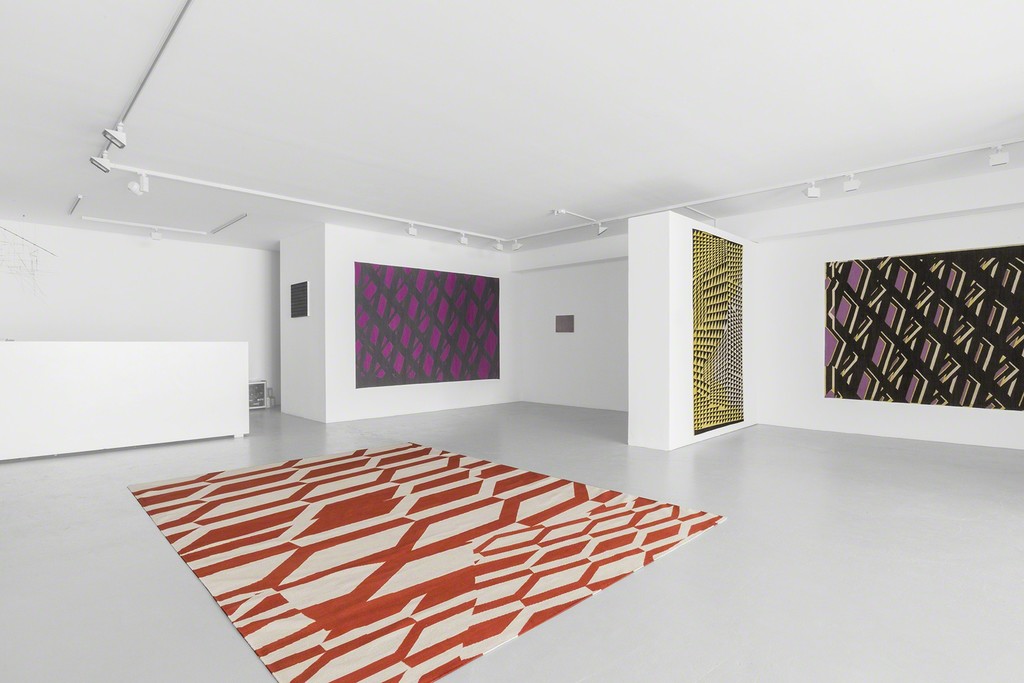 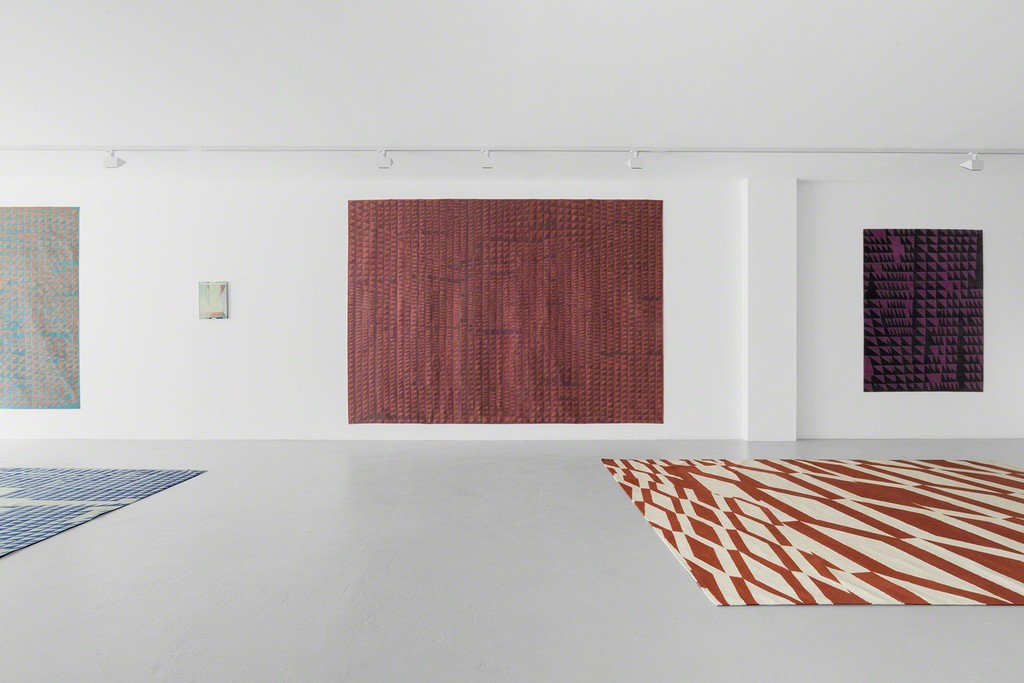 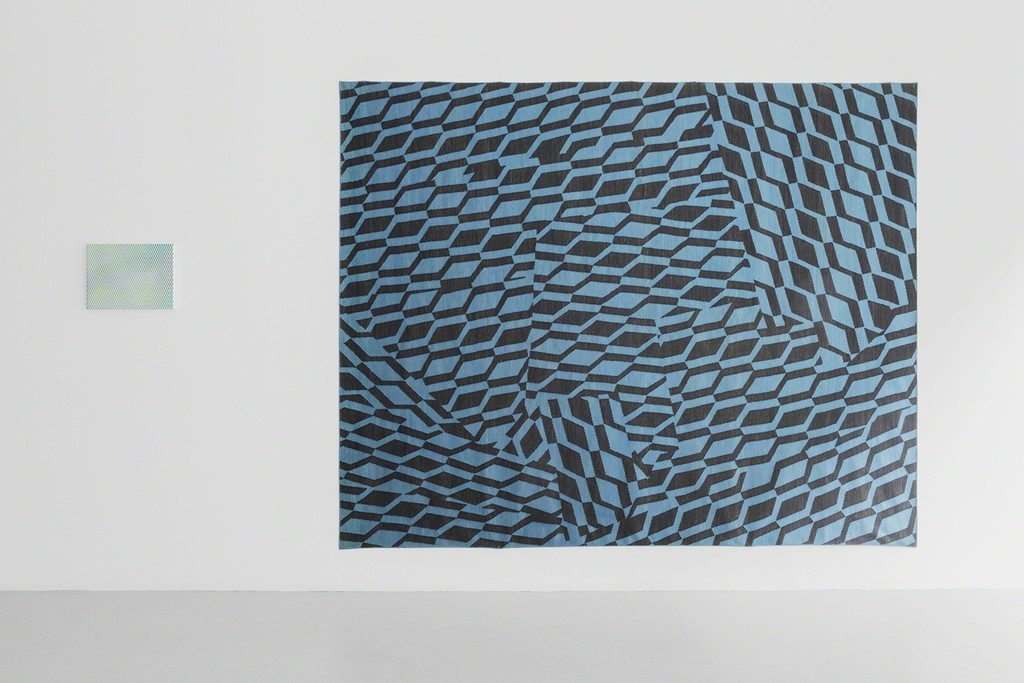 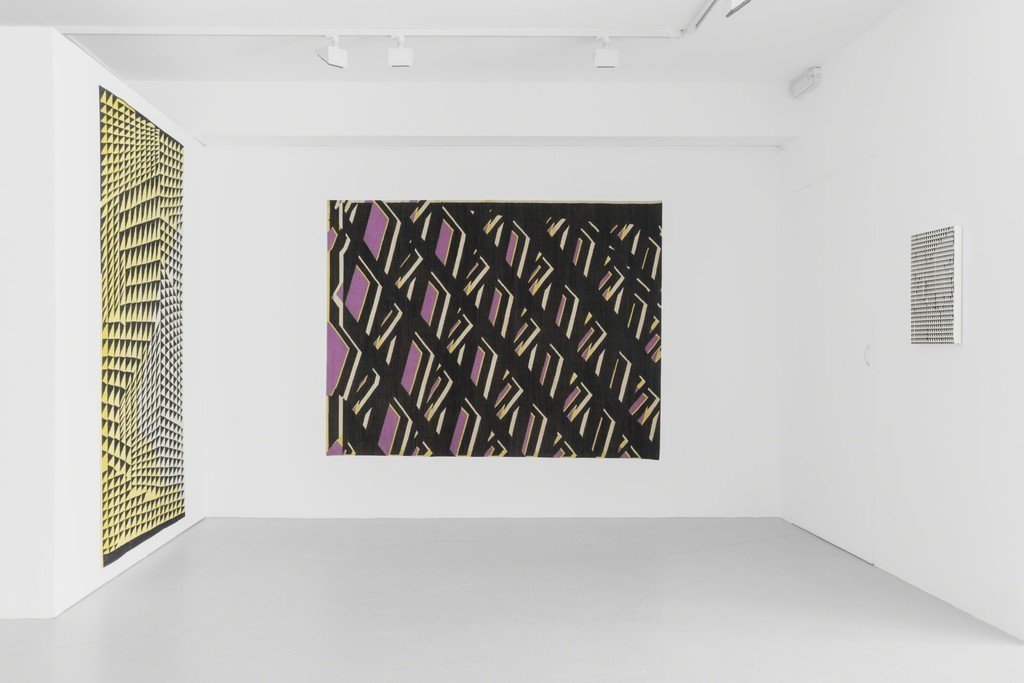 Christine Van Der Hurd and Cipriano Martínez have a mutual appreciation for traditional artistic techniques and geometric design. When they were first introduced in Autumn 2013 the collaborative process was quick to formalize. Cipriano Martínez paints oil on canvas and screen-prints his artwork, while Vanderhurd rugs are woven using traditional methods, done by highly skilled craftsmen in India. There is a strong belief in the artistic, hand crafted approach in the creation of something of true value.

In contrast to the ordered geometry found in the classic Vanderhurd designs, Martínez enjoys the disruption and dislocation of pattern, creating conflict between order and chaos. The greatest challenge for him during the creative process was adapting to the different format and understanding that a perfect translation of his work was not possible, even though Martínez was never expecting, nor hoping, for a neat or easy process. For example, the designs that involve very small triangles had to be enlarged (this artwork represents aerial views of maps and cities), and the shapes had to be a minimum of 6cm to allow for sharp, straight lines to be achieved in the weaving process. Martinez has relished the implications of this new medium, and Vanderhurd’s considerable understanding of colour has been a key component to the development of the rugs.

Vanderhurd is producing 9 different rug designs of varying sizes. 8 rugs will be woven as silk dhurries, which, requires a yarn spinning technique that is entirely unique to Vanderhurd. The silk gives the dhurrie a discrete lustre, a strong colour with a delicate ‘Abrash’ effect as well as long lasting durability. The final rug will be a silk cut pile construction with a wool ground. Each design will be in an edition of 3, and available for sale. This collaboration has been a fascinating process, with both sides adapting their designs, colours and construction processes to accommodate every artistic detail.

A small selection of Martínez’s oil paintings, are also exhibited amongst the dhurries.