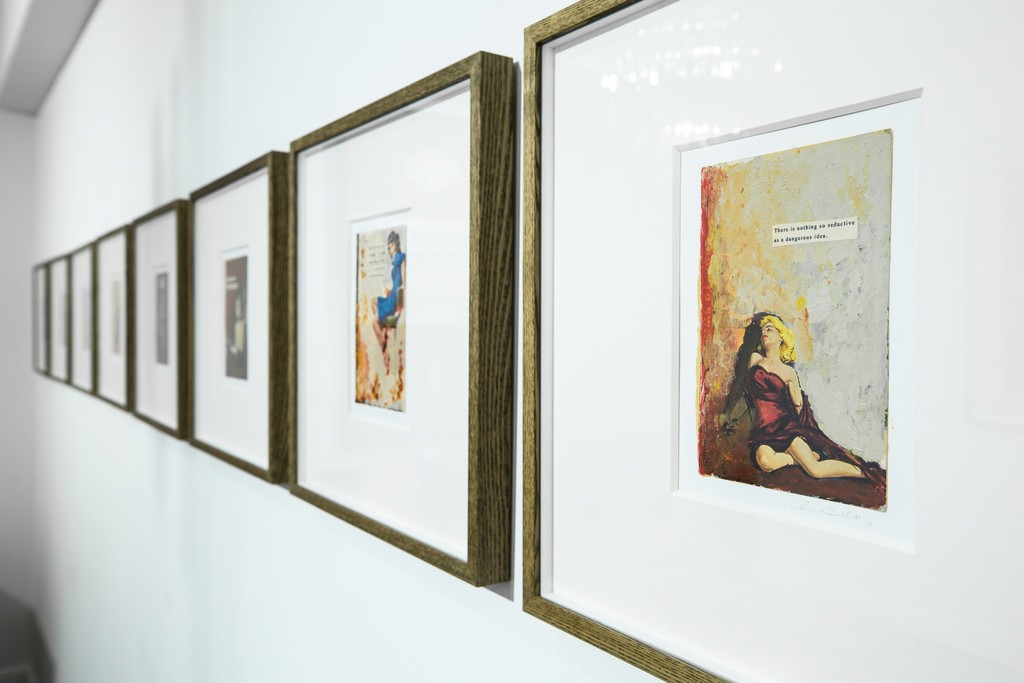 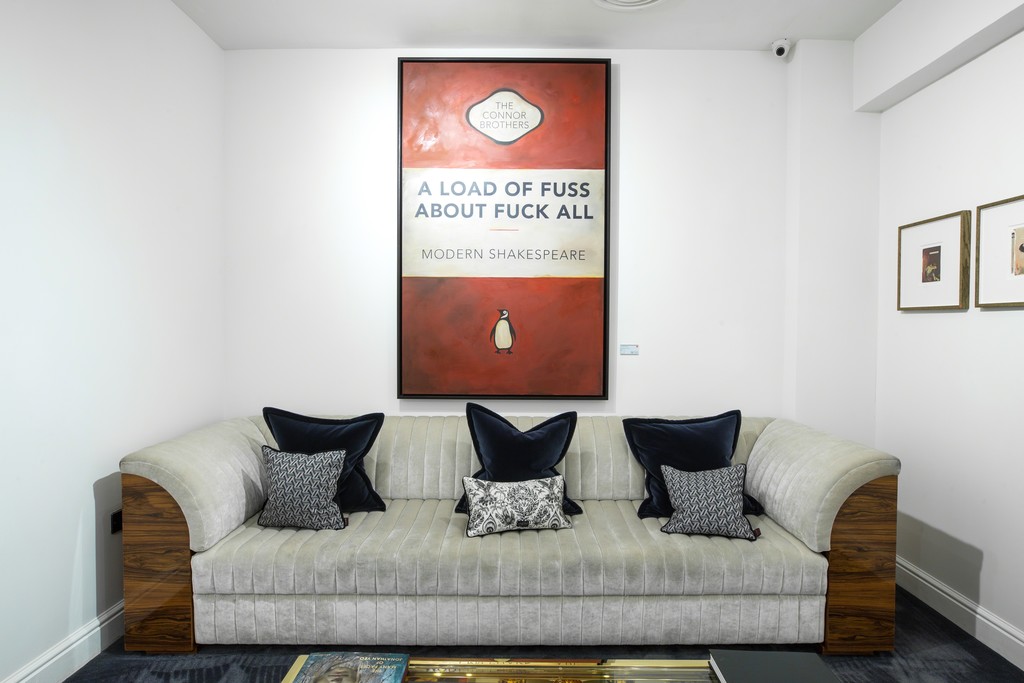 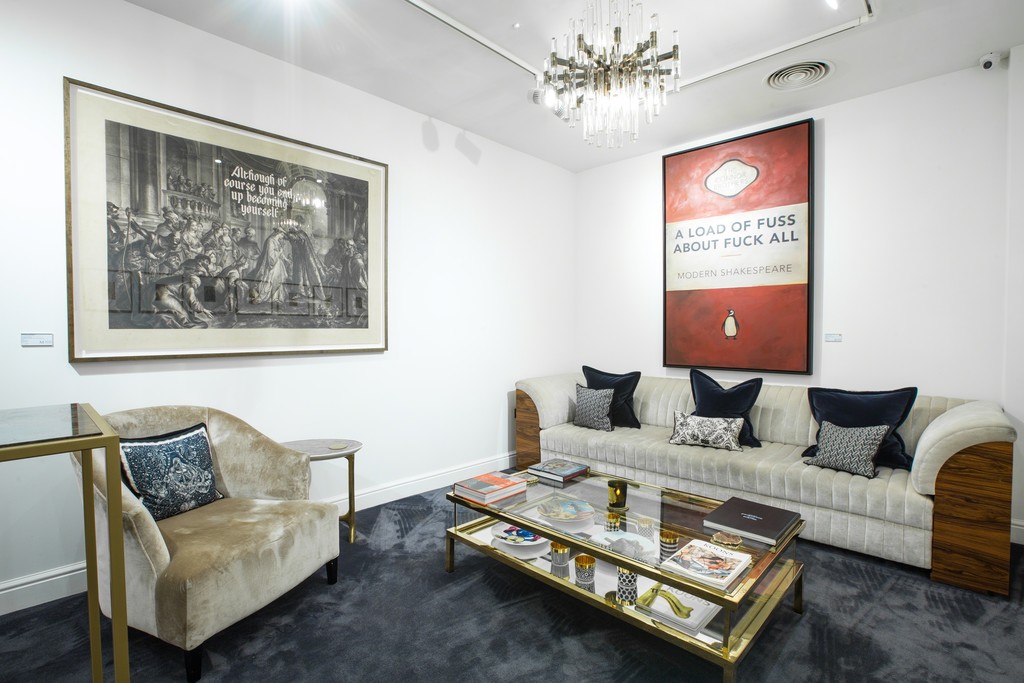 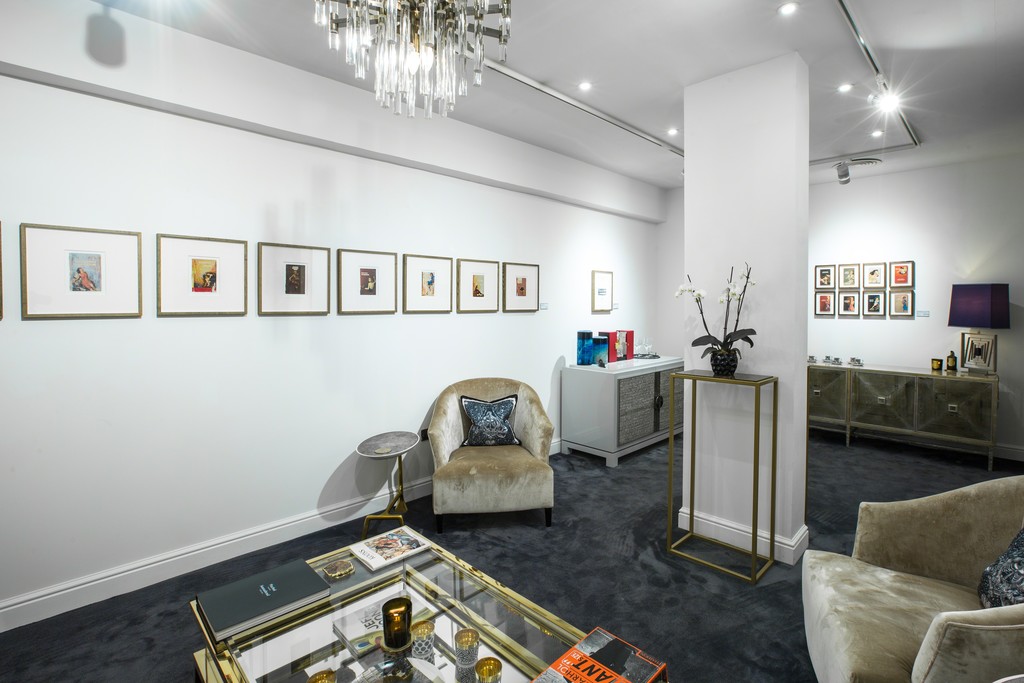 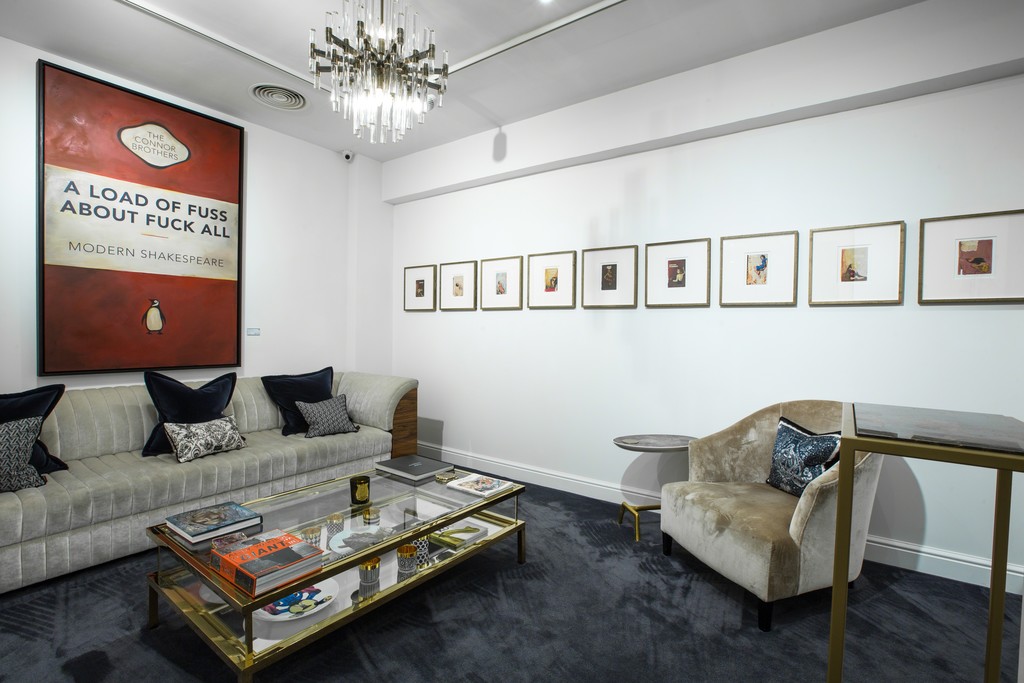 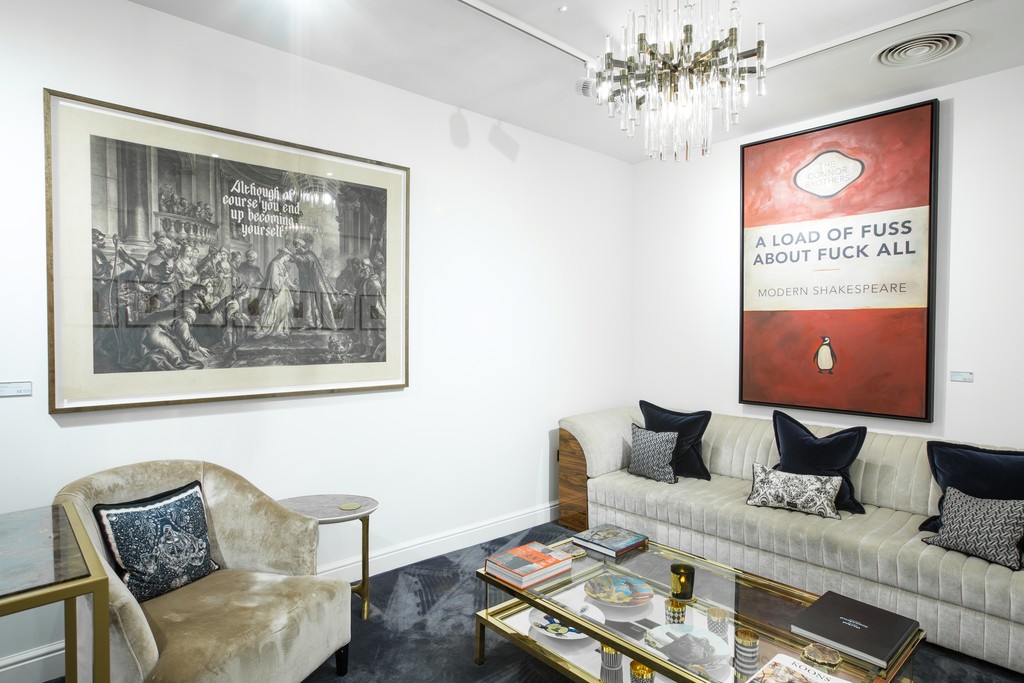 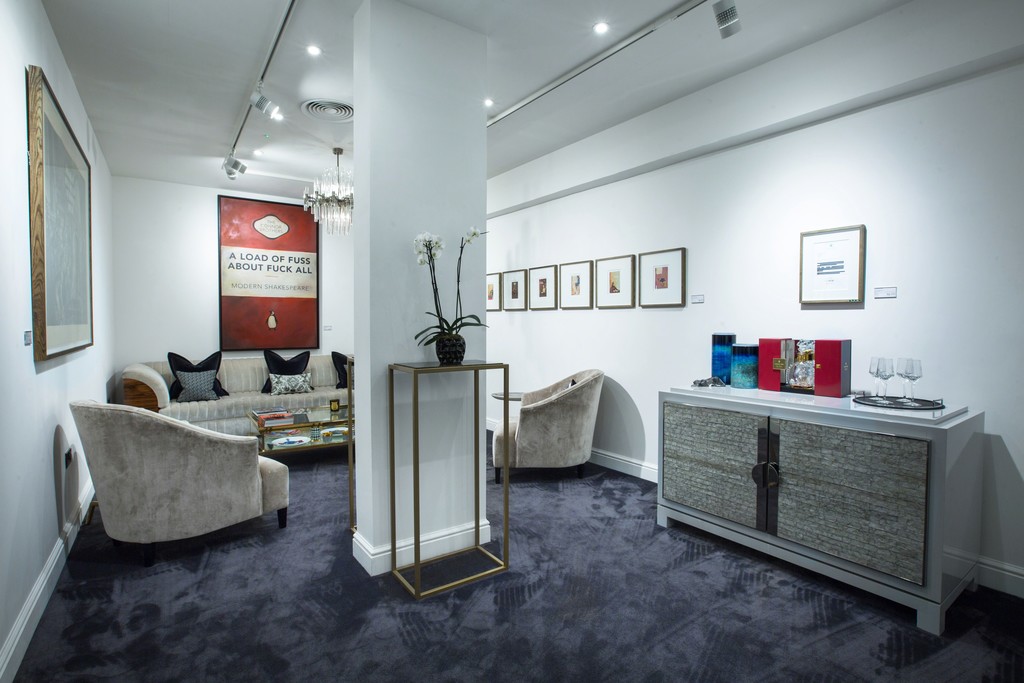 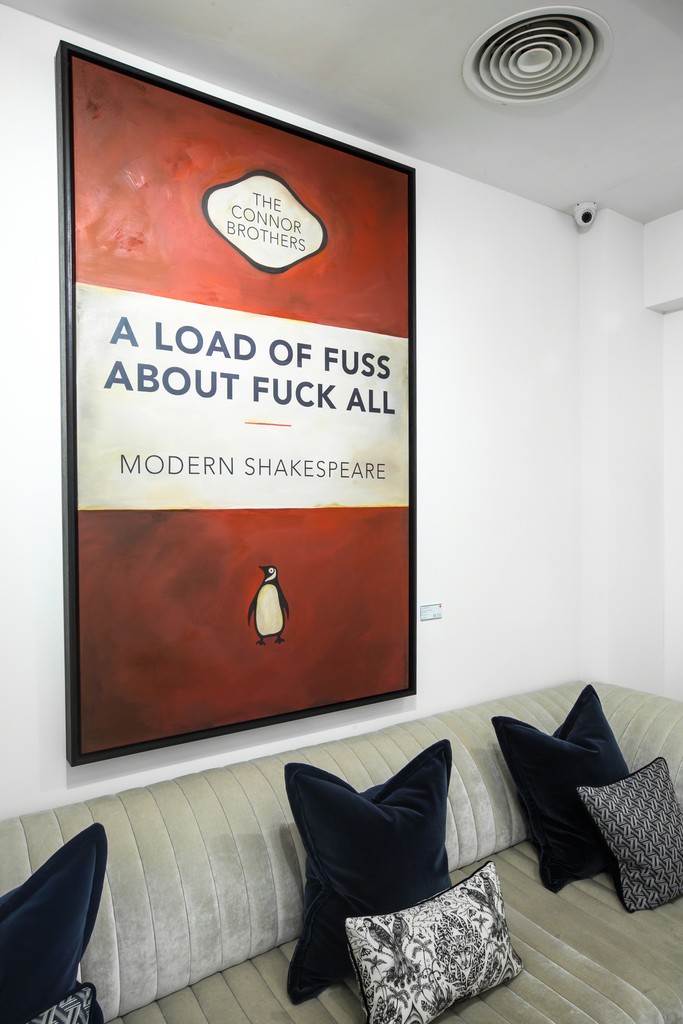 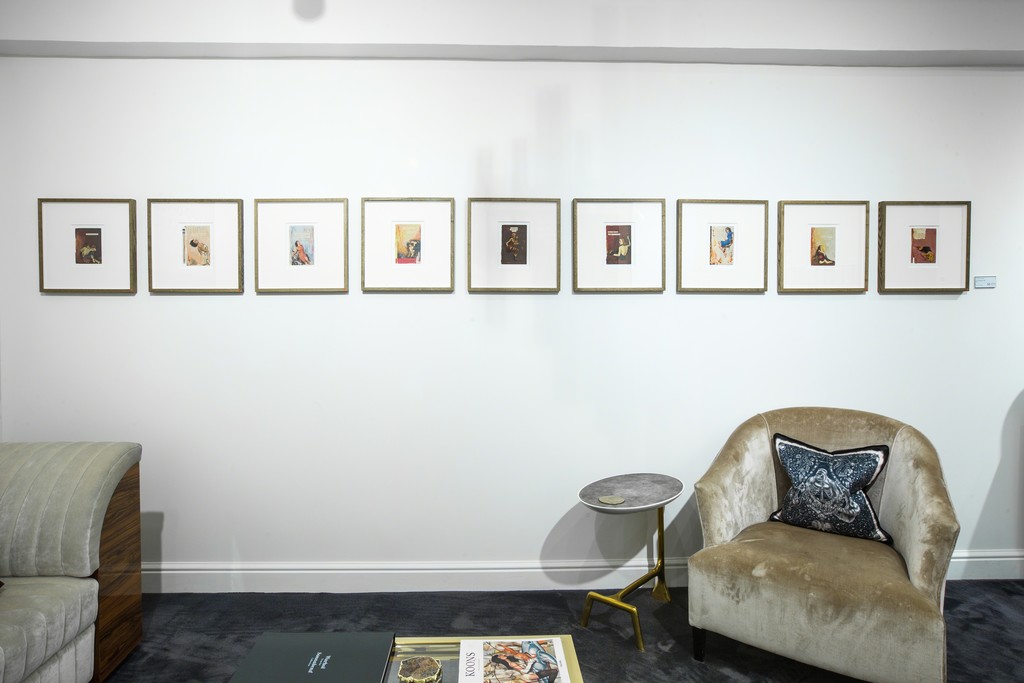 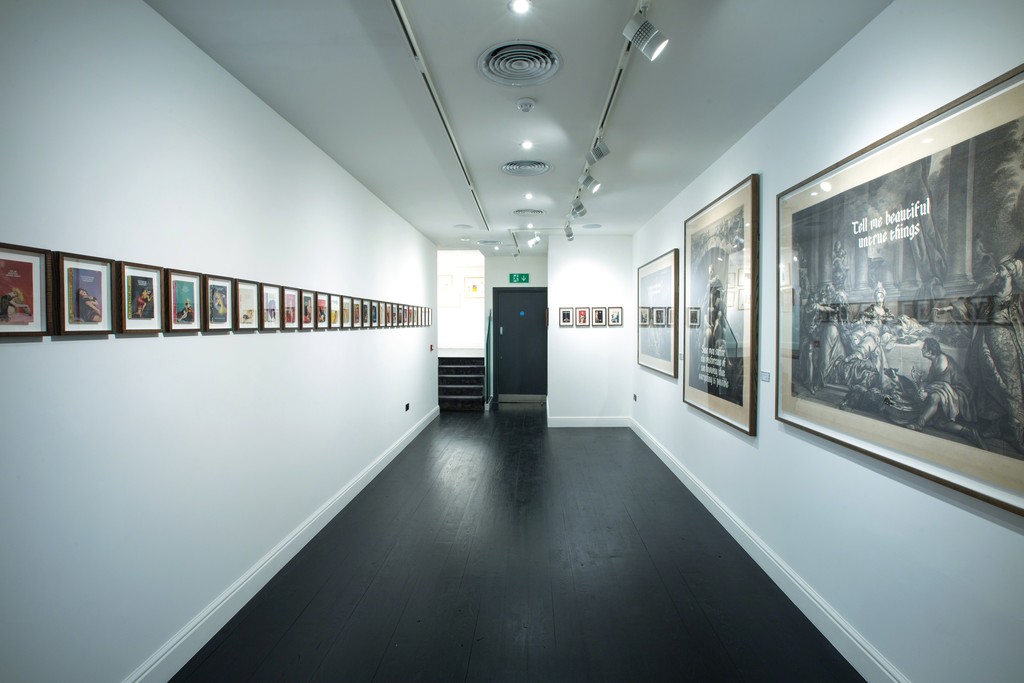 Maddox Gallery is proud to present Call Me Anything But Ordinary, the largest UK exhibition to date from The Connor Brothers and the first time the British art duo have shown oil paintings alongside original sketches. The artists have teamed up with Professor Green and mental health charity CALM and will auction an oil painting We Are All In The Gutter at Maddox Gallery on 16 May during Mental Health Awareness Week to raise funds and awareness about the UK’s epidemic of male depression and suicide. The auction will be hosted by Professor Green, who commented, “Joining up with The Connor Brothers has been a great process and we’re all similarly dedicated to the issue of male mental health and suicide prevention. To be able to work alongside Maddox Gallery is a great way to raise money for CALM, the charity I have championed since becoming patron in 2015.” The title of the show refers to the social-media obsessed and post-truth world we live in, where fiction frequently masquerades as fact. It was Andy Warhol who predicted that in the future everyone would be famous for fifteen minutes, but even he could not have foreseen that people would one day have their very own media channels though which to promote their personal brands twenty-four hours a day. Renowned for blurring the line between truth and fiction, The Connor Brothers’ latest work examines the boundaries of social media and what living in a digital age means for each of us. The images the artists have selected for their paintings originate from 1950’s Pulp Fiction novels, which, much like social media, were designed to provide readers with an escape from the mundanity of ordinary life. Similarly, the text added to the paintings – some of it written by The Connor Brothers and some borrowed from writers they admire - is intended to call into question the truth of these fabricated worlds. The Connor Brothers is the pseudonym for artists James Golding and Mike Snelle. Best known for their Pulp Fiction series, the pair came to prominence in 2012 and for several years maintained their anonymity by using a fictional biography. The pair are also known for their activist work and their playful hoaxes. In 2014 they created The Hanbury Collection, a fictional museum which fused truth and fiction in such a way that it was hard to distinguish which exhibits were real and which were not. This obsession with truth and fiction can be seen throughout all of The Connor Brothers’ work and is particularly relevant in the current climate of fake news, post- truth, and social media obsession. Among some of the most prominent artistic voices to comment on the refugee crisis, the duo worked for several years in The Jungle refugee camp in Calais building shelters. Closely associated with the Russian activist group Pussy Riot, The Connor Brothers produced a refugee themed theatrical performance at Banksy’s Dismaland in 2015. The Connor Brothers have exhibited internationally from New York, Sydney and Dubai to London, Hong Kong and Berlin. Their work frequently appears at major auction houses where a record price was achieved in 2016. Works can also be found in major public and private collections including The Victoria and Albert Museum, The Penguin Collection and both the Omar Koch and Niarchos Collections.

Maddox Gallery is fast emerging as one of the most stylish young international contemporary art destinations. A chain of galleries specialising in contemporary and modern art, Maddox Gallery has built a reputation for exhibiting exclusive, cutting- edge art from internationally acclaimed and emerging artists. Maddox Gallery has three London locations, the first a beautiful 3750 square foot Victorian townhouse in Mayfair’s Maddox Street, the second in the heart of Shepherd Market and the third, a 4000 square foot gallery in Westbourne Grove. They recently opened their first gallery outside of the UK in the alpine ski resort of Gstaad. Their roster of cutting edge international contemporary artists and photographers includes The Connor Brothers, Mr Brainwash, Dan Baldwin, David Yarrow, Bradley Theodore, RETNA, Danny Minnick, Massimo Agostinelli and Michael Moebius.