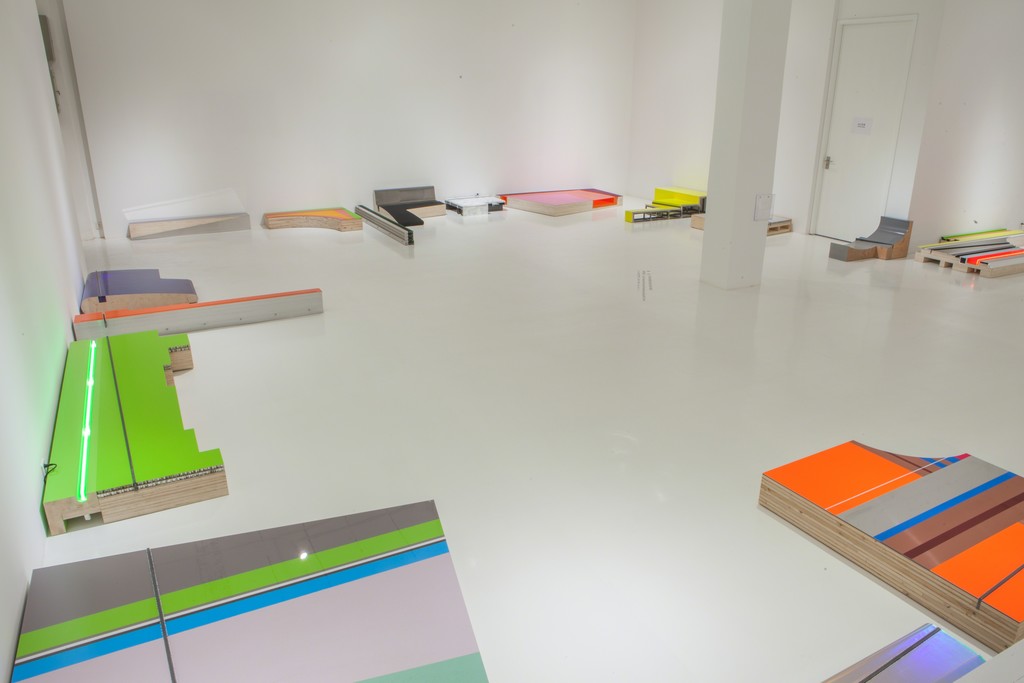 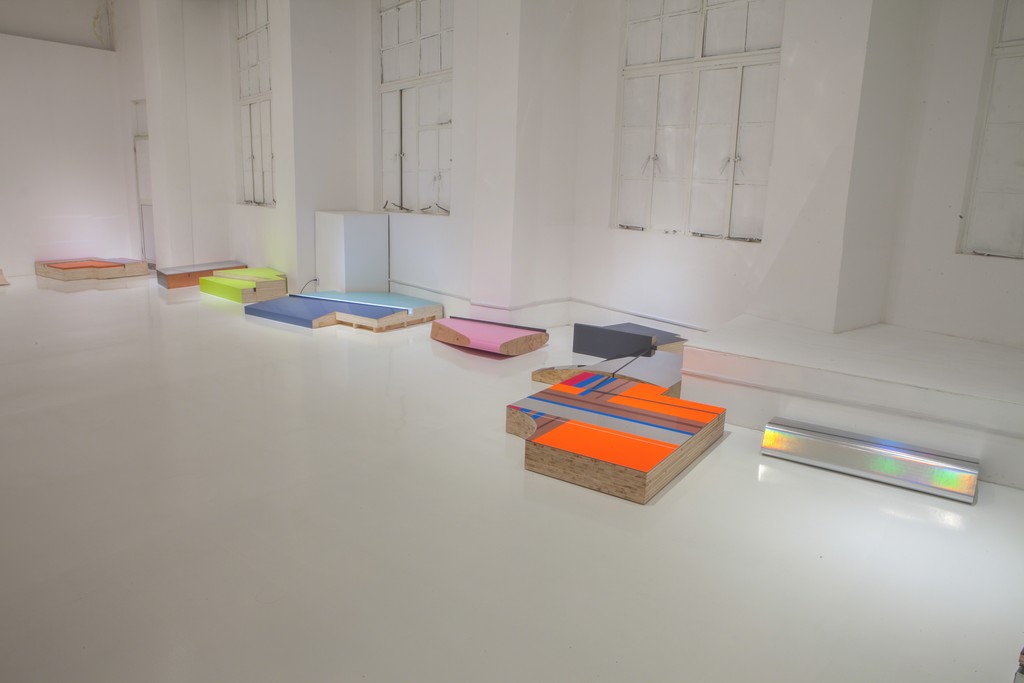 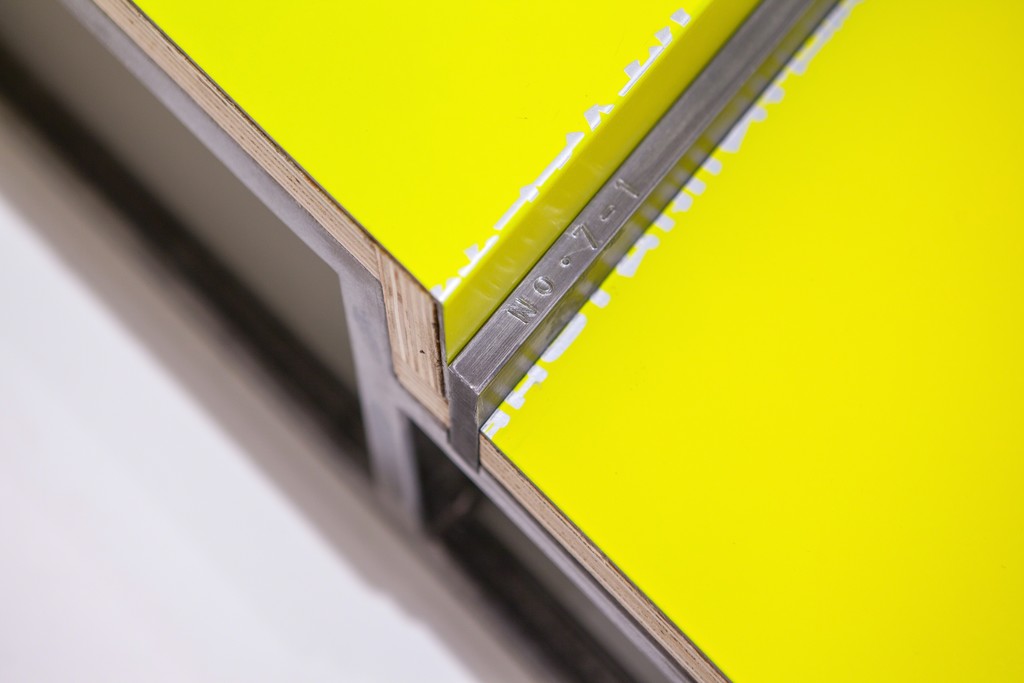 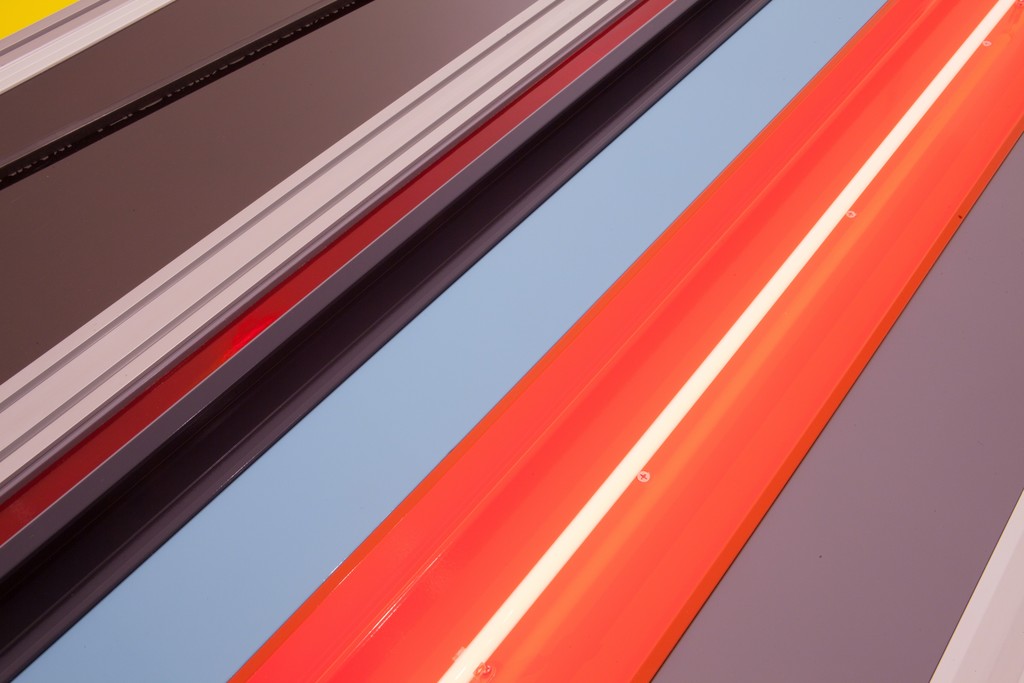 Shi Yong’s much anticipated solo show ‘Let All Potential Be Internally Resolved Using Beautiful Form’ at MadeIn Gallery comes after an eight-year hiatus. Meticulously produced abstract forms made from a diverse range of building materials congregate along the walls of the gallery floor. Although on the surface of things his new work looks completely unrelated to anything he’s done before, look a bit closer and we may find that Shi Yong has picked up exactly where he left off in 2007 in a solo show at BizArt titled ‘Think Carefully, Where Have You Been Yesterday?’

In that work Shi Yong asks the eponymous question on camera to unsuspecting people who must assess the situation and decide whether to reveal or hide the truth. In a following work, Your Secret is My Weapon, 2008, Shi Yong then edited out all pertinent information from those interviews, turning truth into secrets. In his new show, Shi Yong wants to tell us something but doesn’t want us to know what it is. There is a line of text cutting through all the highly formalized forms in the exhibition space, but the artist has made it into a secret by striking it through with a thick metal line, rendering the words indecipherable. All that remains are the abstract and disjointed arms and legs of Chinese characters whose bodies have been obliterated. So, maybe Shi Yong doesn’t want to tell us something and only wants us to know that he has something to say – but not to us. But if not to us, the only witnesses to this artwork, then to whom?

As Shi Yong has told us in a text written in 2008 about Your Secret is My Weapon, secrets and the truth are an inseparable dichotomy. A secret is only a secret if it’s hiding the truth. From this we can assume that the artist has embedded a truth into his artwork, which has been obfuscated by a metal strip exactly 18cm high across all the various shapes and forms. It is the one constant structure of the exhibition, and its sole purpose is to hide the truth from us. The ceremonial nature of this concealment loads it with signification; after all, the ritualistic telling of a secret is a confession. The exhibition is thus transformed into a confession, and the ‘beautiful form’ that receives his confession is thereby transformed into the role of priest. Only the priest can hear Shi Yong's secret, and only by expunging this secret can his sin or guilt be erased. Finally, only by erasing his guilt can his potential become realized. Shi Yong has made a show in the form of a confession that will absolve him of his guilt, and thereby release his artistic potential. Therefore, what first seems incredibly cryptic title for the show becomes a revelation of a 'truth' about Shi Yong’s state of being. What guilt Shi Yong needs forgiven can’t be known for sure, but could it be the sin of not making art for all these years?

What is interesting here is that Shi Yong's priest comes in the guise of a formal object. Does the formal nature of the work represent salvation for Shi Yong, or is he revealing it as today's false savior, where artists mistake material beauty for spiritual wealth? Perhaps he is mixing the two criteria, exposing his own spiritual lack by relying on aesthetic sensibility to bring him salvation. Maybe it’s no longer possible to distinguish between the spiritual and material.

If the market has become our church, then the material artwork becomes the spiritual objects whose potential can be released when consummated with a collector, who transforms an object into capital. Shi Yong has here created an intricate set of issues that can only be contemplated in a commercial gallery setting. He has perhaps created a perfectly unholy union between issues of materiality and issues of the soul. After all, don’t we all want our potential to be resolved through beautiful form?