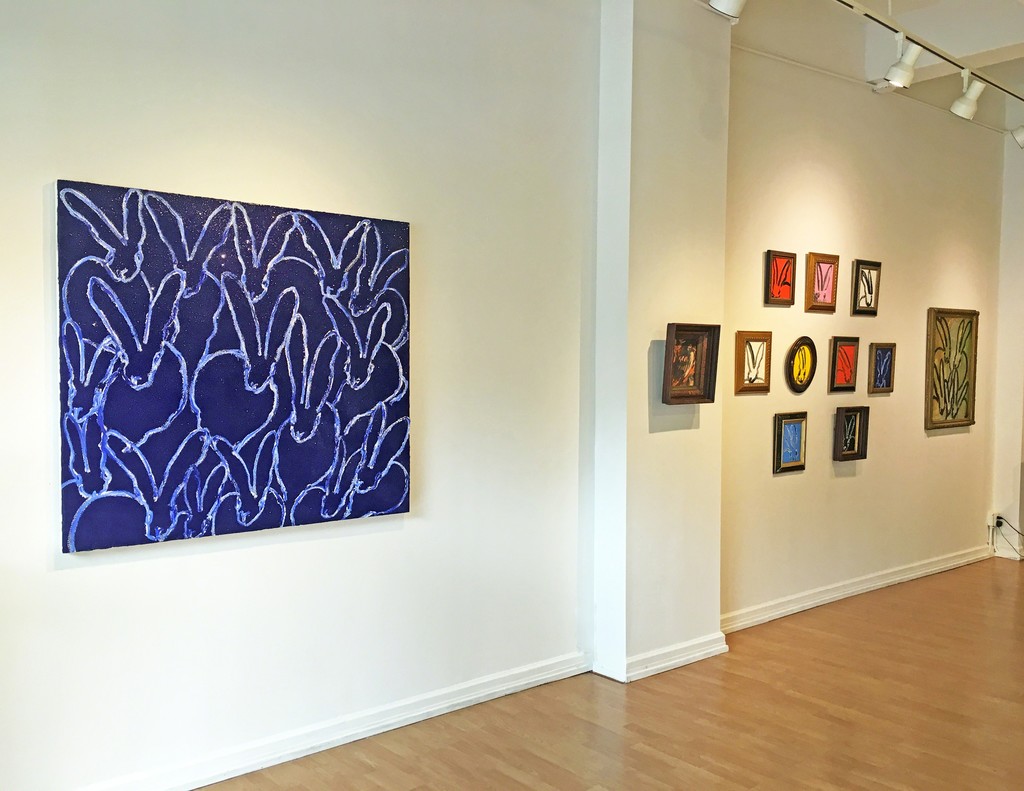 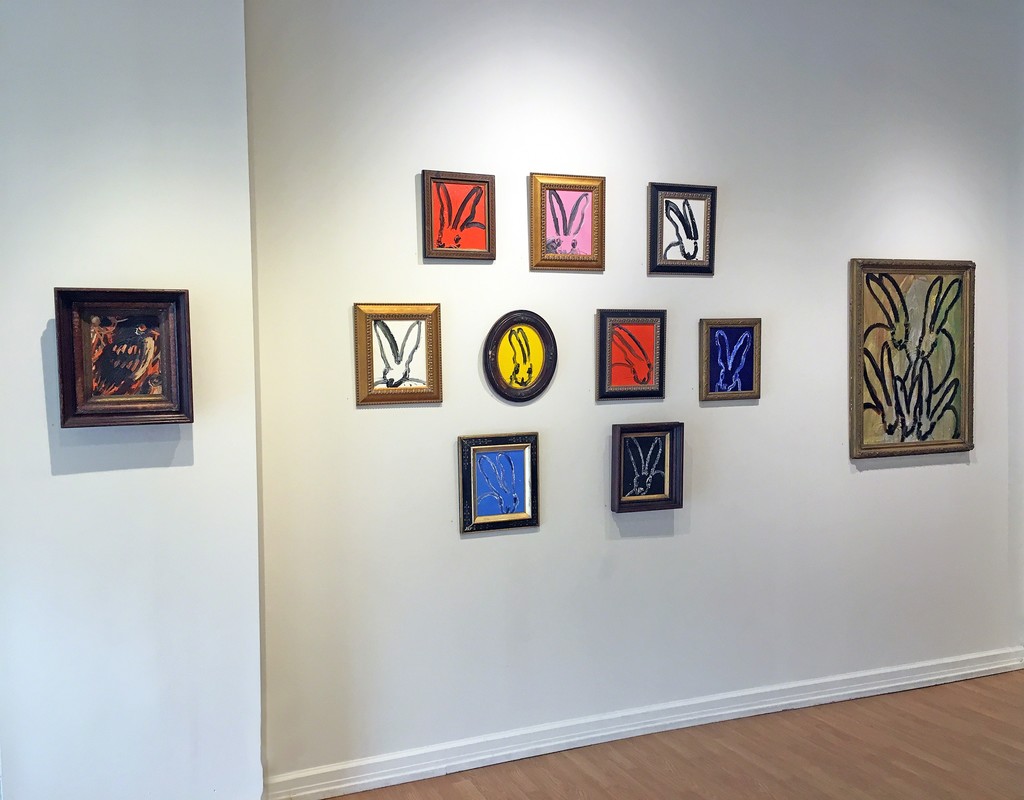 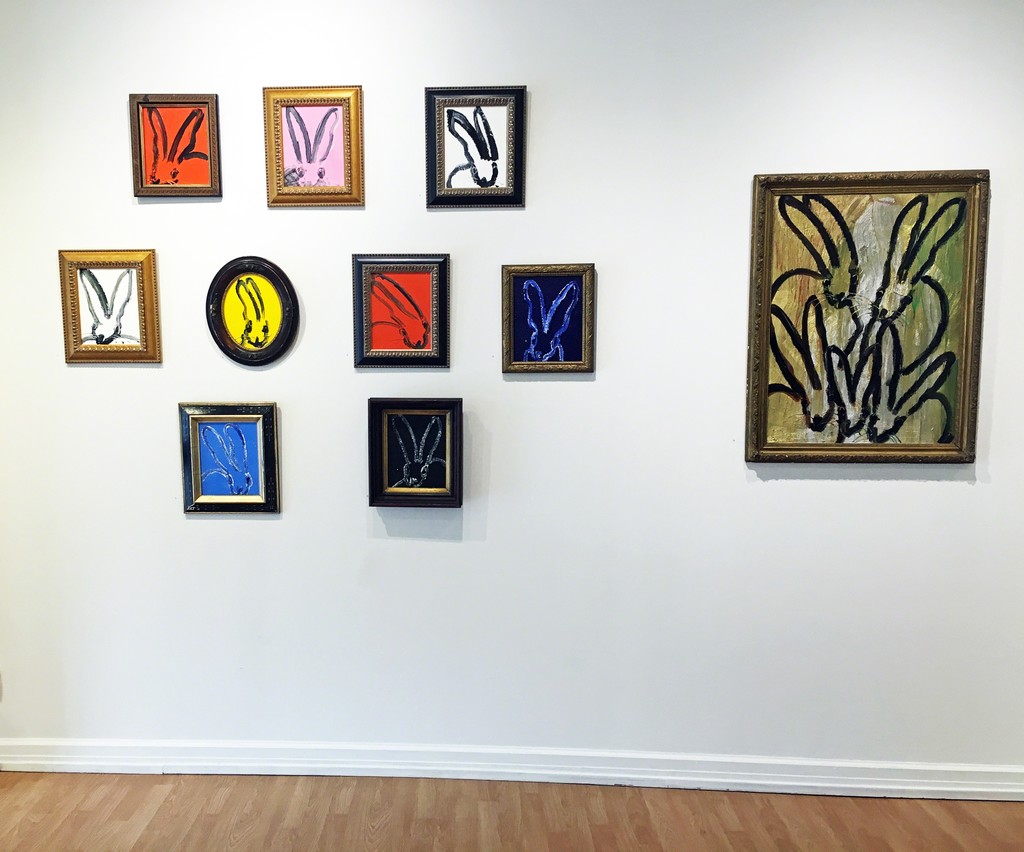 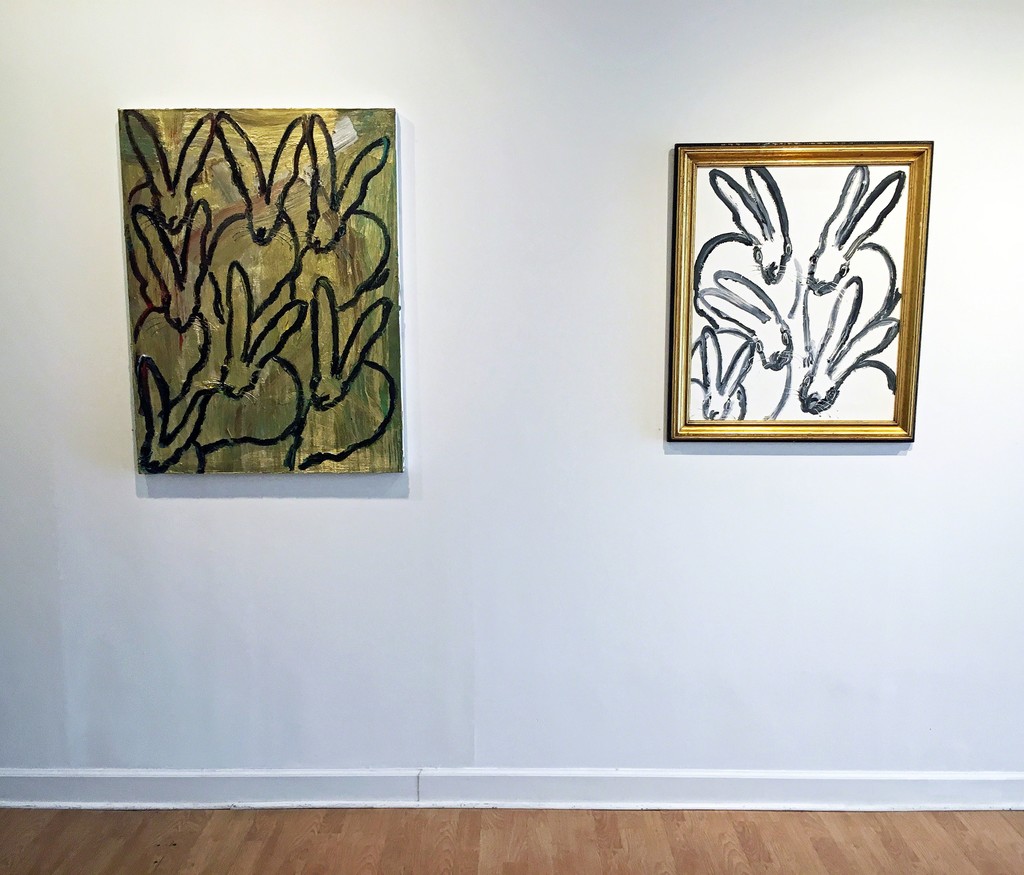 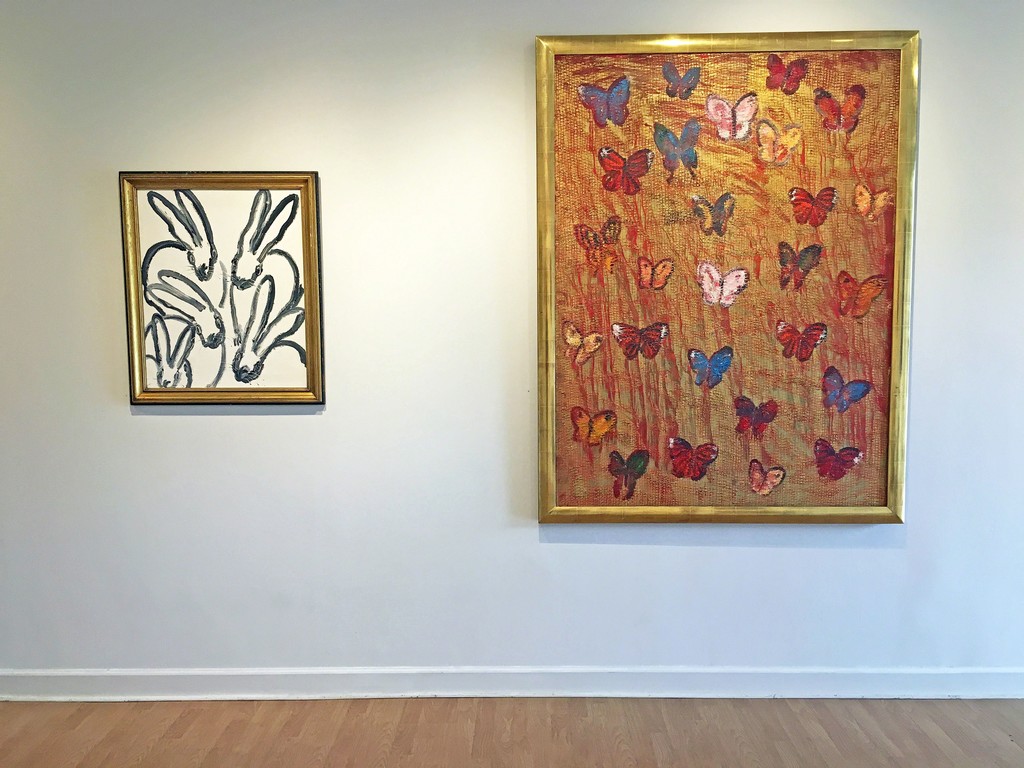 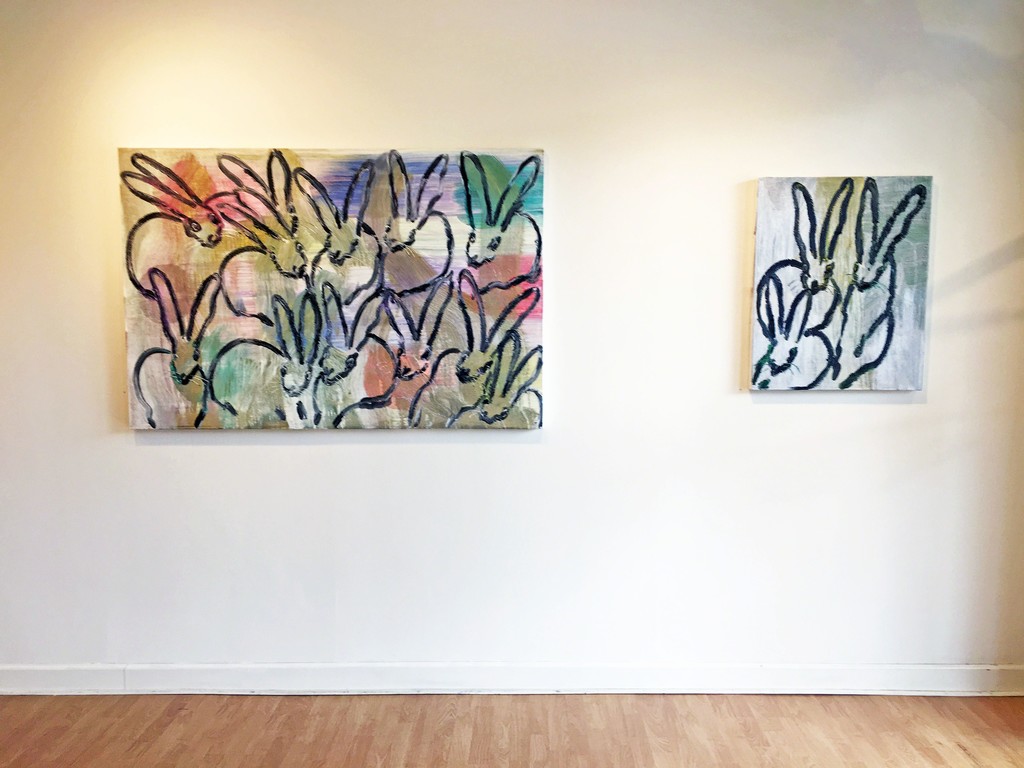 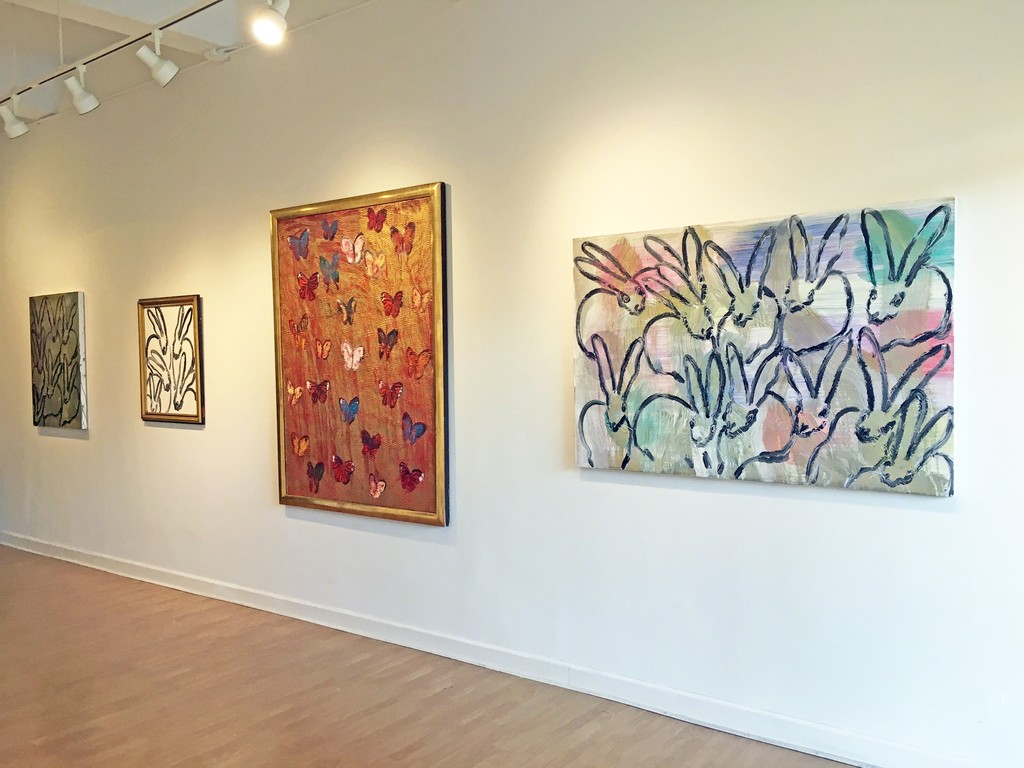 Madelyn Jordon Fine Art is delighted to announce a solo exhibition of recent works by renowned American artist, HUNT SLONEM. The exhibition will run from September 23 - November 4, 2017, with an opening reception and book signing on Wednesday, September 27, 2017 from 6:00-8:00 p.m. It is Slonem’s first appearance in Westchester, and the public is welcome to attend and meet the artist.

The book signing for Hunt Slonem’s book, Bunnies will take place simultaneously. The book is a treasury filled with enchanting full-color and black-and-white paintings. Bunnies features a foreword by bestselling author (and friend of the artist) John Berendt and an essay by artist and gallerist, Bruce Helander.

The exhibition will debut a “fluffle” of Slonem’s “Bunnies” alongside a selection of paintings of tropical “Birds” and “Butterflies”, subjects for which Slonem is best known. Considered one of the great colorists of his time, Slonem’s neo-expressionist paintings feature an exuberant and bold, fauvist palette to emphasize his beloved menagerie of animals. His spiritual practice provides the impetus for his Warholesque repetitive compositions.

Hunt Slonem’s paintings of tropical birds and butterflies came into “full flight” in the 1980s. It was his time spent living in Hawaii and Nicaragua in his youth that Slonem credits with most influencing and inspiring his love of exotic birds. Both country’s tropical landscape has informed not only Slonem’s process, but also his need to be surrounded by the nature he paints. Birds and butterflies serve as his visual metaphor for consciousness, spirit, and soul as well as a source of wonder and coloristic inspiration. His use of loose expressionistic brushwork emphasizes the birds’ motion and vigorous activity. Slonem’s bird paintings are based on his personal aviary of exotic birds that he rescued and keeps at his Brooklyn-based studio.

In the early 1980s, Slonem began working on a new series of so-called "Rabbit paintings." The idea for this critically acclaimed series came to him after he had discovered that the year of his birth, 1951, was the year of the Rabbit in the Chinese zodiac calendar. The often repeated “Rabbit” imagery in this series is an act similar to citing mantras and spiritual meditation. As he told the Wall Street Journal, "Mantras are holy because you repeat them." This theme continued to inspire Slonem over the years, and the series is as prominent in his work today as it was over thirty years ago.

Hunt Slonem was born in Kittery, Maine in 1951. His father was a navy officer, and as a result of his father’s military career, Slonem spent much of his childhood on different military bases; living in Hawaii, Virginia, Louisiana, Connecticut, California and Washington. After completing school, which included living in Nicaragua as an exchange student at the age of 16, Slonem began his undergraduate studies at Vanderbilt University. Slonem attended the prestigious Skowhegan School of Painting and Sculpture, Skowhegan, ME, in 1972, before moving to Tulane University of Louisiana, New Orleans, LA, where he graduated with a BA in 1973.

Since 1977, Slonem has had over 250 solo exhibitions at prestigious galleries. Museums, both domestic and international, have collected his work, among them The Metropolitan Museum of Art, The Solomon R. Guggenheim Museum and the Whitney Museum of American Art in New York. Slonem’s work has also been the subject of many books over the course of his career including: Hunt Slonem: An Art Rich & Strange (Abrams Books, 2002), Pleasure Palaces: The Art and Homes of Hunt Slonem (PowerHouse Books, 2007) and The Worlds of Hunt Slonem (Vendome Press, 2011).