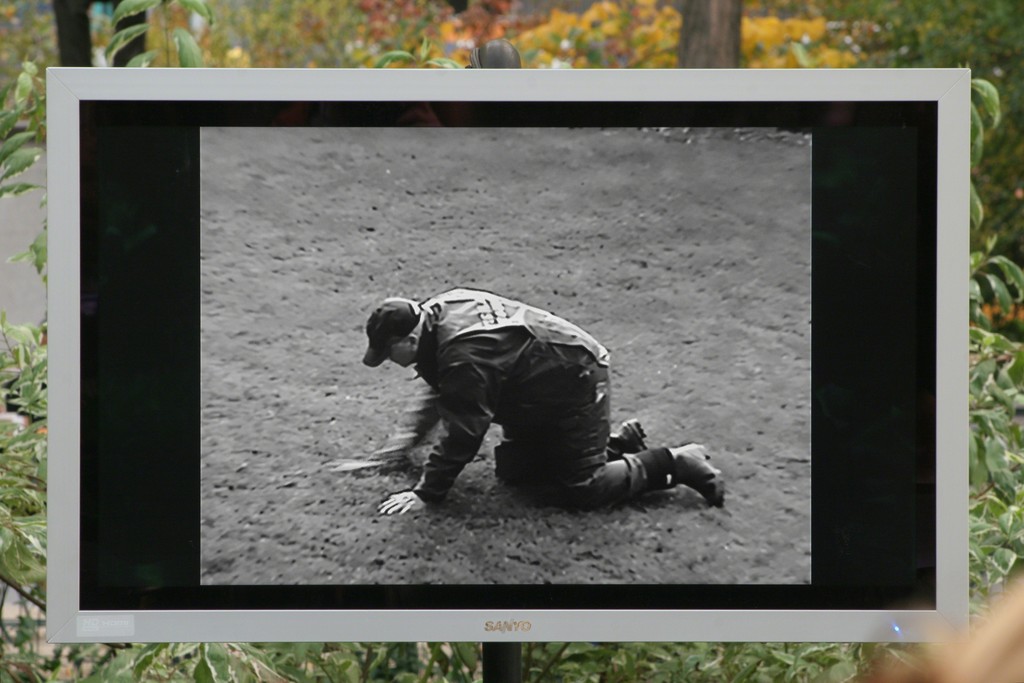 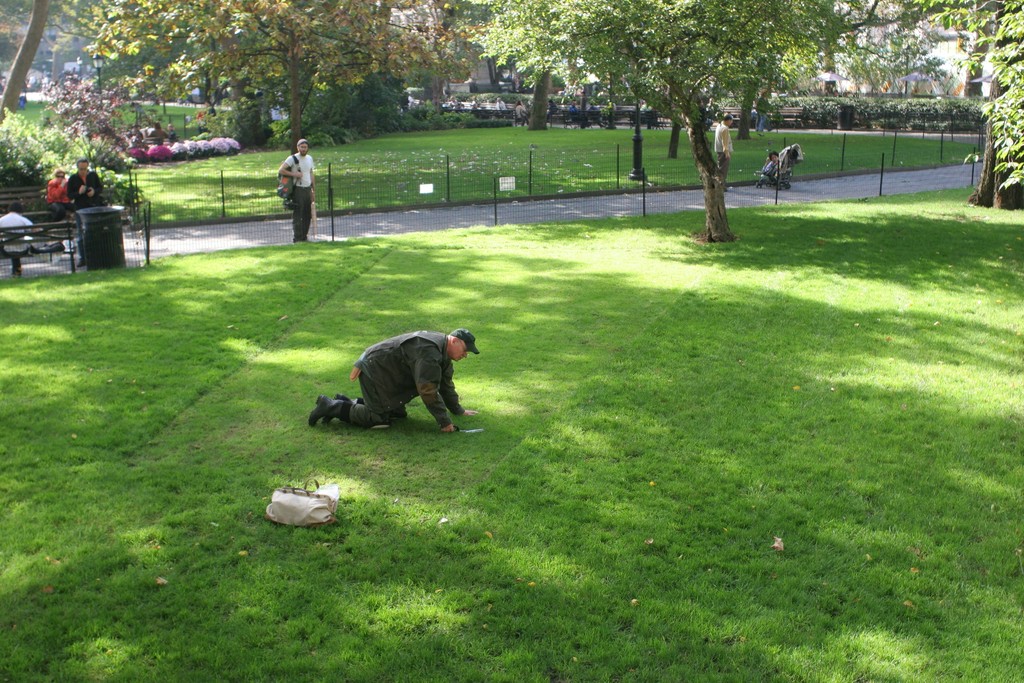 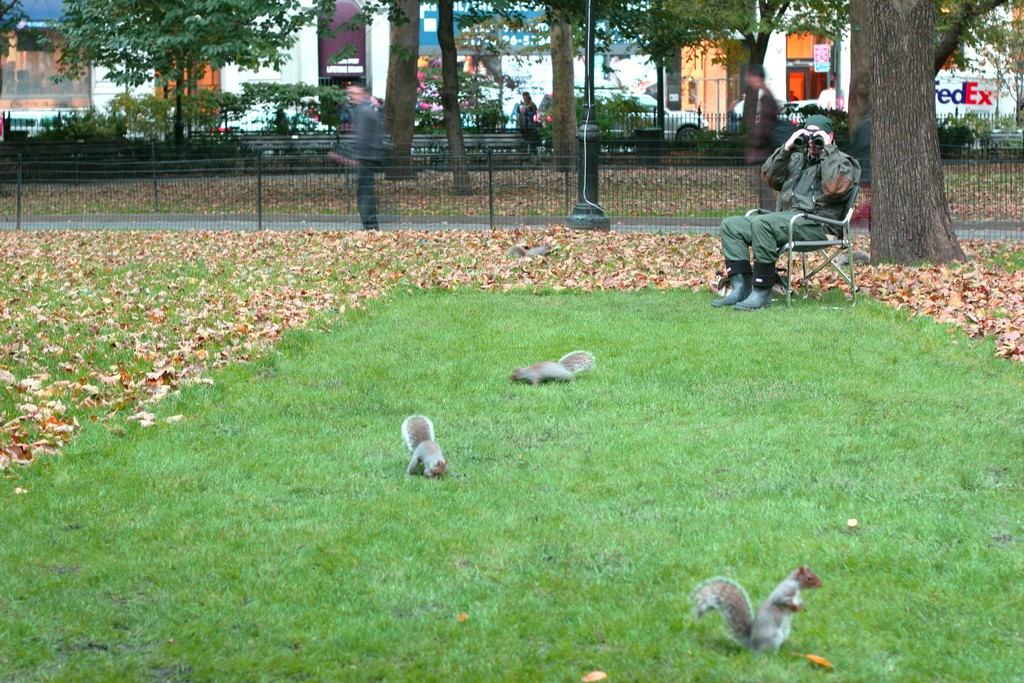 Approximately 35,000 people pass through historic Madison Square Park every day, few of whom give much consideration to the subtle choreography of daily maintenance routines that endow this public space with its characteristic lush environment and lively atmosphere. In Madison Square Trapezoids, acclaimed American performance and video artist Bill Beirne, in his role as The Vigilant Groundsman, turns the quotidian acts of horticultural maintenance and wildlife documentation into aesthetic actions by performing absurdist variations of these routines within specially-designated zones of artistic inquiry: the Madison Square Trapezoids.

Boundaries and surveillance have preoccupied Beirne since his earliest performances in the 1970s; in Madison Square Park, surveillance cameras on three small lawns transmit a live video feed to the monitors in the Mad. Sq. Art video room below the fountain at the southern end of the park. The frames of these cameras’ visual fields delimit the boundaries of three trapezoidal areas on the small lawns, creating implied physical spaces within the open topography of the park and designating them as zones of artistic performance. Inside these zones, The Vigilant Groundsman painstakingly trims the grass and measures the girth of surrounding trees, the rate of falling leaves and the frequency with which squirrels enter the Trapezoids. This absurdist homage to the routine of the everyday transpires under the watchful eye of Beirne’s surveillance cameras, their live video feed subtly revealing to park visitors the aesthetic qualities of the oft-overlooked mechanics of public space and implicating them as audience members for a recurring artistic performance.

Bill Beirne was born in 1941 and currently lives and works in New York City. He received a B.F.A. in Art Education in 1968 from the Pratt Institute in Brooklyn, NY and a M.A. in Studio Art in 1974 from Hunter College in New York. For more than three decades Beirne’s conceptual art has examined public space, communication, interactivity and sociological concerns through public performances and video installations, often featuring surveillance cameras and other technological means of observation.

Beirne has exhibited extensively and to great acclaim since the early 1970s at institutions including P.S.1 Contemporary Art Center, New York; the National Center for Contemporary Art in Kaliningrad, Russia; TV Gallery, Moscow; MIT List Visual Arts Center, Cambridge; the Sculpture Center, New York; the International Center of Photography, New York; The Whitney Museum of American Art, New York; Anthology Film Archives, New York; the New Museum of Contemporary Art, New York; and Artists Space, New York among many others. In addition to lecturing at museums and galleries around the world, he has been a Visiting Artist and Artist in Residence at Colgate University, New York University, MIT, Pratt Institute, University of New Mexico, Buffalo University and Indianapolis University at Perdue. He is currently the Visiting Assistant Professor of Film and Video at the Pratt Institute School of Art and Design.