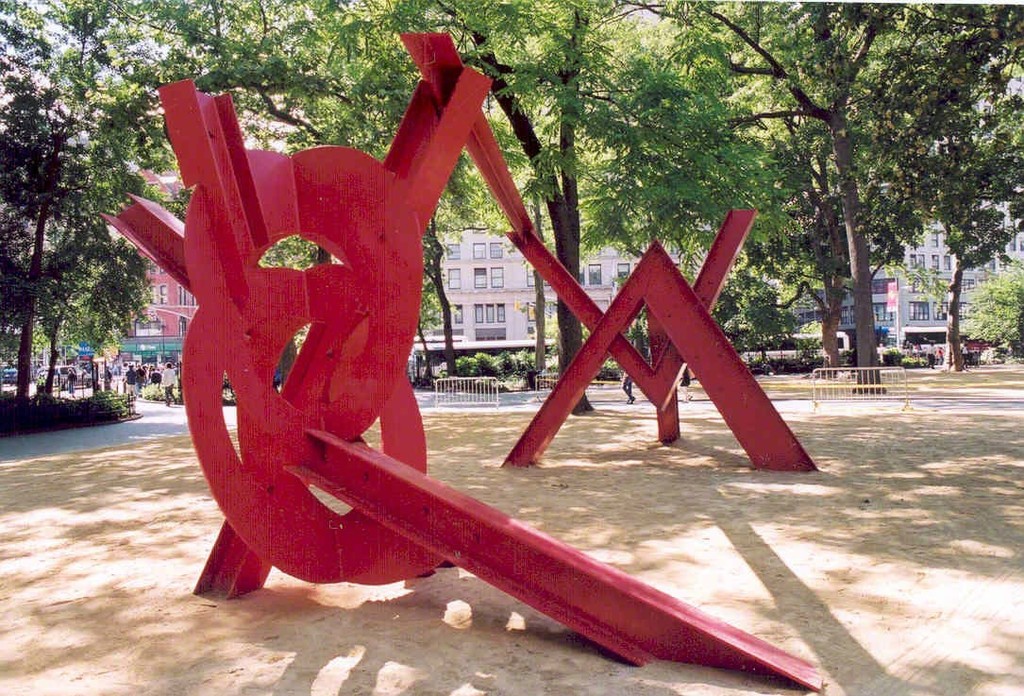 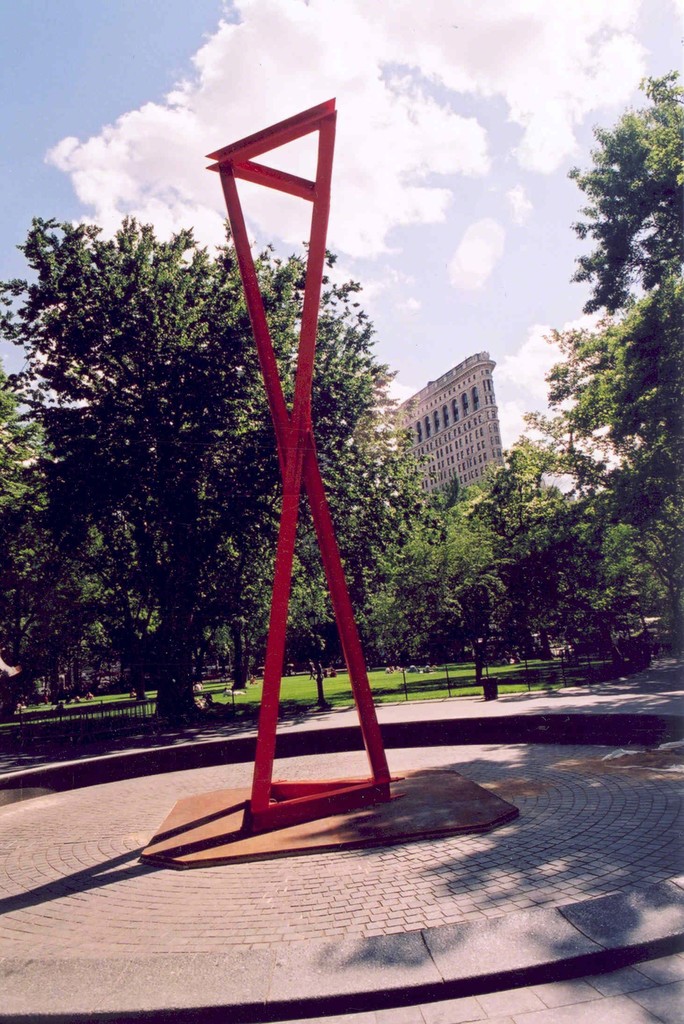 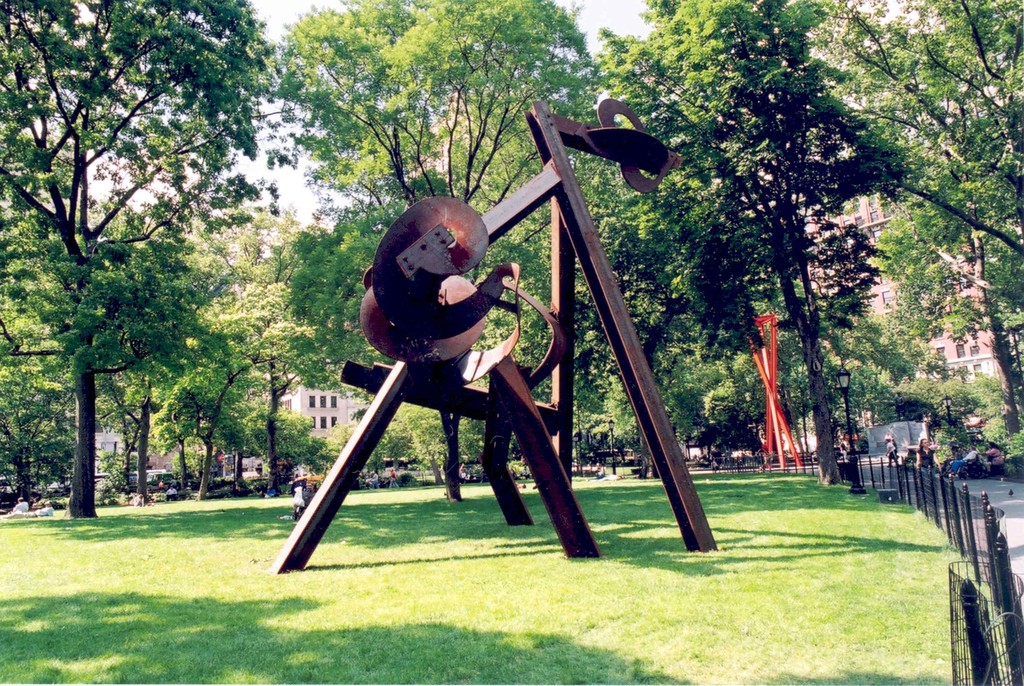 For the first four years, Madison Square Park’s green gallery has housed innovative, high-spirited and challenging works by emerging artists. To mark the fifth year of Mad. Sq. Art, the Madison Square Park Conservancy exhibited works of a great artist in his prime: internationally-renowned sculptor Mark di Suvero. The three sculptures on view demonstrated the expressive range of di Suvero’s epic steel-beam constructions, from the classically vertical Double Tetrahedron, to the tethered shapes in conversation of Aesop’s Fables, to the organic form gathering from the earth in Beyond. Di Suvero’s exhibition runs from June 2004 to March 2005.

About Mark di Suvero
Mark di Suvero is one of the most important American artists to have emerged from the Abstract Expressionist era. Important di Suvero exhibitions include a 1975 retrospective at the Whitney Museum; numerous shows at the Storm King Art Center, New York; the 1995 Venice Biennale, where seven large sculptures were installed along the canals; and a 1997 city-wide exhibition in Paris, including four sculptures in the Esplanade des Invalides. His work is in the collections of many museums, including the National Gallery of Art in Washington D.C. and the Musee de Grenoble in France.
Mark di Suvero’s signature steel beam constructions suggest strength, beauty and form on a monumental scale. Visitors to the park can walk through, under and around the pieces, allowing active participation in the dynamics of the sculptures. The sculptures combine the natural environment with the industrial, and draw on di Suvero’s own experience of places and objects. In this way, like the sculptor himself, the sculptures are multicultural, combining East with West, old world with new.
Mark di Suvero was born in Shanghai, China, before moving to San Francisco at the outbreak of World War II. The artist has a long and intimate relationship with New York City. In 1957, already a sculptor in welded metal, di Suvero moved to the city, where he joined the 10th Street Cooperative and began creating what he called “cubist, open spatial sculptures.” Working with friends and other artists, he helped found the Park Place Gallery, one of the first SoHo galleries. In 1986, di Suvero founded Socrates Sculpture Park on the East River in Long Island City, Queens, for artists to install outdoor work. He maintains a nearby studio developed from abandoned riverfront warehouses.