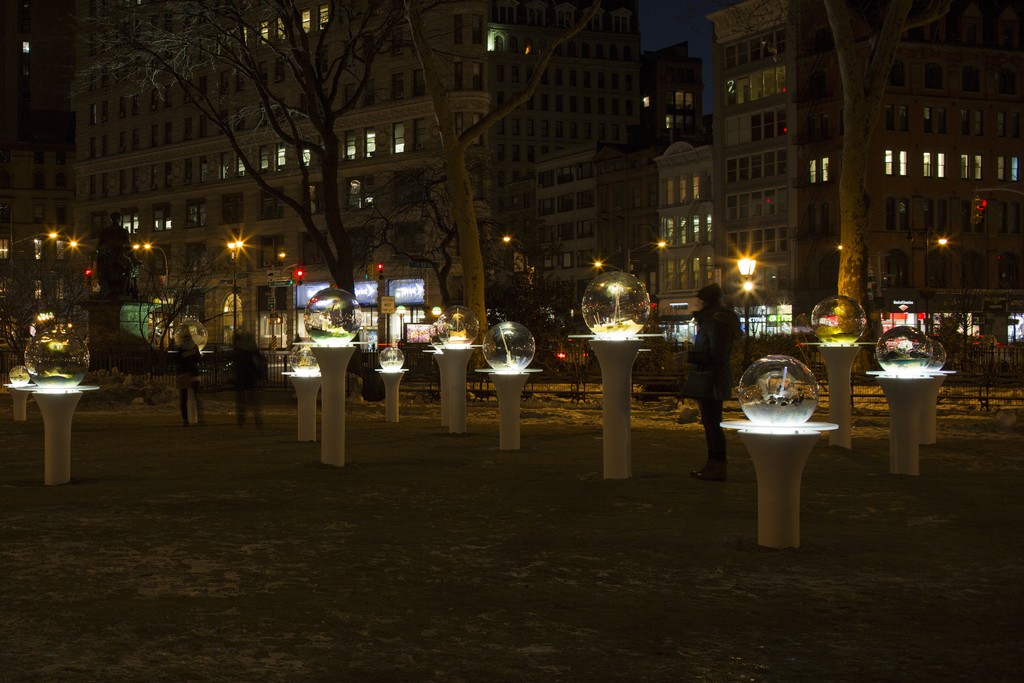 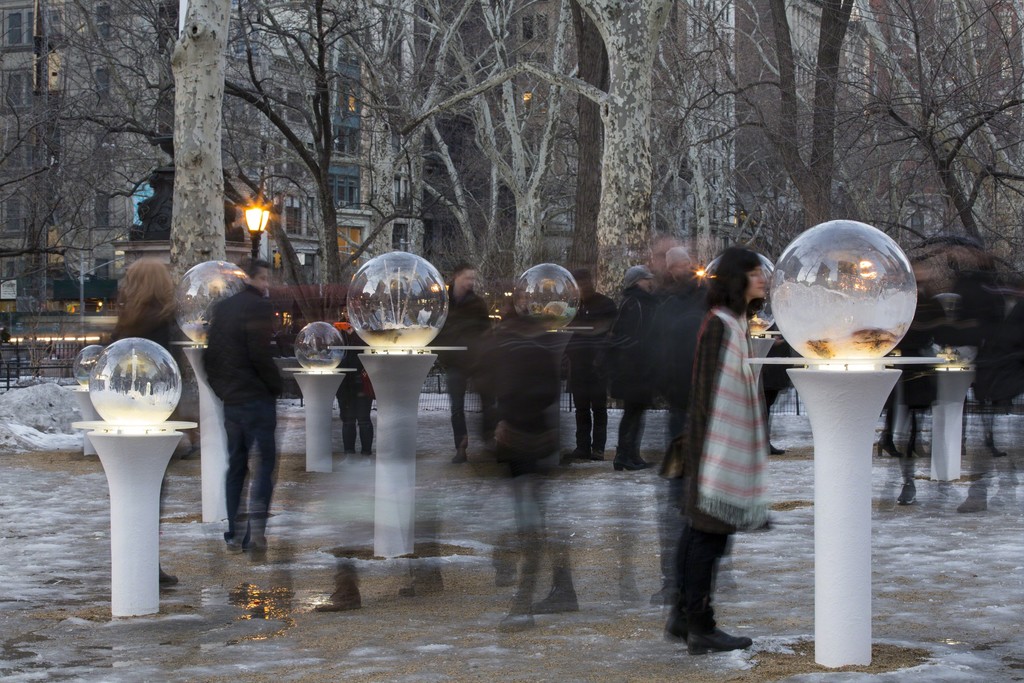 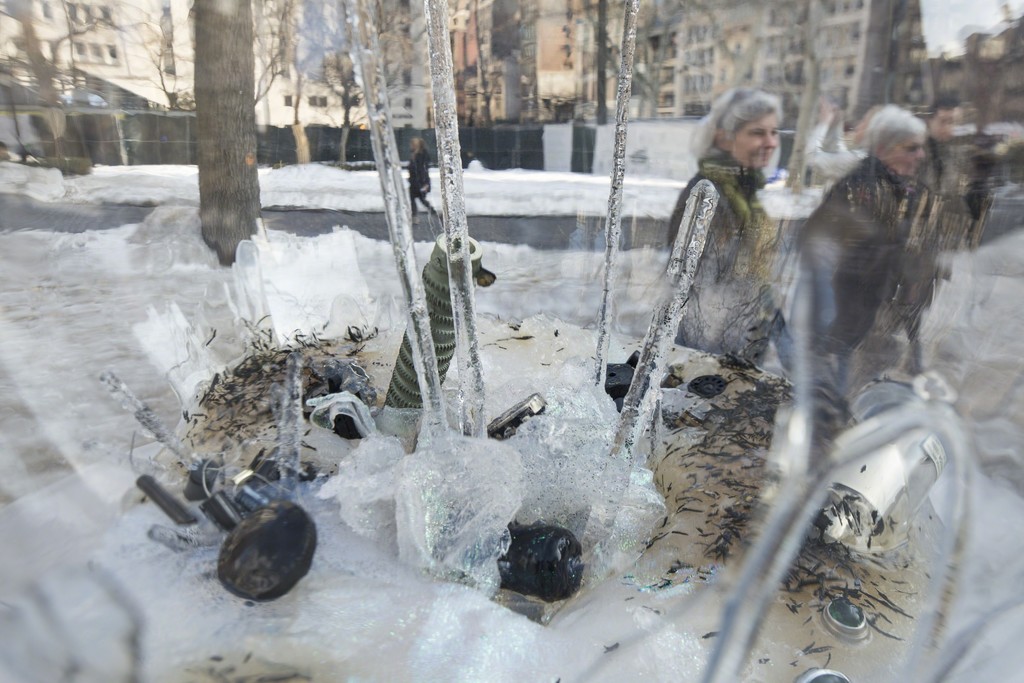 Gazing Globes, Paula Hayes’s first outdoor sculpture exhibition in New York City, is currently on view at the West Gravel area of the park until April 19, 2015. The work features eighteen transparent polycarbonate spheres that hold the remnants of contemporary culture, including up-cycled radio parts, industrial materials, acrylic wands, and other pieces of vintage technology sprinkled with fairy dust made of pulverized CDs.

Brooke Kamin Rapaport, Martin Friedman Senior Curator, Madison Square Park Conservancy, said, “This is a breakthrough project in the trajectory of Paula Hayes' work. She is using new materials and adding fresh content to her objects while retaining some of the form of her well-known plant terrariums. Mad. Sq. Art is confirming this period of stylistic polyphony in contemporary outdoor sculpture and Hayes uses the residue of technology for the contents of her gazing globes."

Formed into beauteous objects, Hayes’ crystal balls positioned on elegant fiberglass pedestals summon the present and predict the future. Each see-through globe lit from within features a mixture of analog radio parts, castoff electronic transistor parts, glass vacuum tubes, micro glass beads, shredded rubber tires and recycled plastic flotsam. To these mixed remnants of technology and culture the artist added crystals and minerals. A shimmering fairy dust was made from pulverized CDs and is layered within each sculpture’s interior. Hayes, who typically works with varieties of plant materials, determined that everyday castoffs are indicative of a society’s behavior and value system and symptomatic of the current landscape.

Artist Paula Hayes said, “I used vintage parts because technology moves at such a fast pace. These play a role in the current landscape and how information is transmitted from one part of the globe to the next. I made an illuminated landscape evocative of the designed landscape of Madison Square Park. Both are born of human imagination and technology.” The globes, says Hayes, give the park “an arctic feeling, a winter wonderland.”

Hayes’s exhibition is installed on the west gravel of Madison Square Park. The works, of varying height, form a forest of objects for viewers to walk around and through. The pedestal heights range from 24 to 47 inches and the globes are 16, 18 and 24 inches diameter.

Gazing globes are a decorative form first used in outdoor gardens in the Middle Ages. These orbs were made of hand-blown glass, and were considered to hold magical power and to foster good luck or ward off evil. Hayes conjures the mystical character of the historic object but makes the form fully contemporary as she creates work with present-day scrutiny and a nod to clairvoyance.