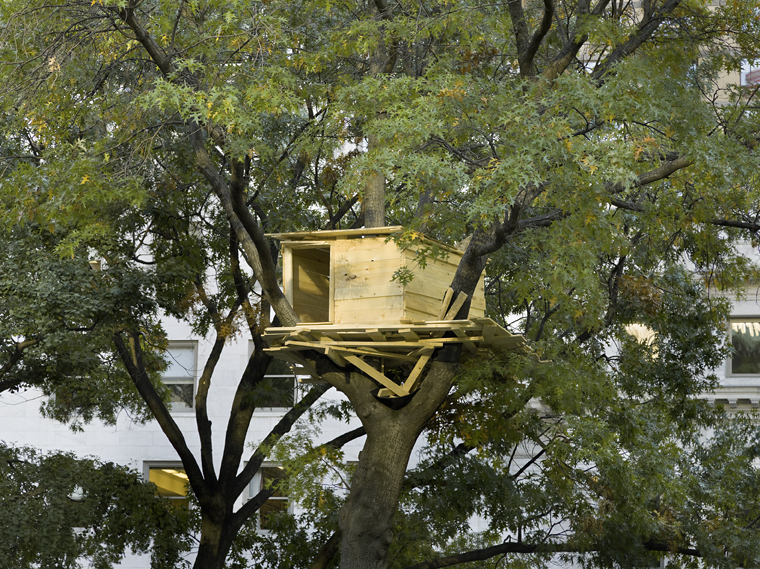 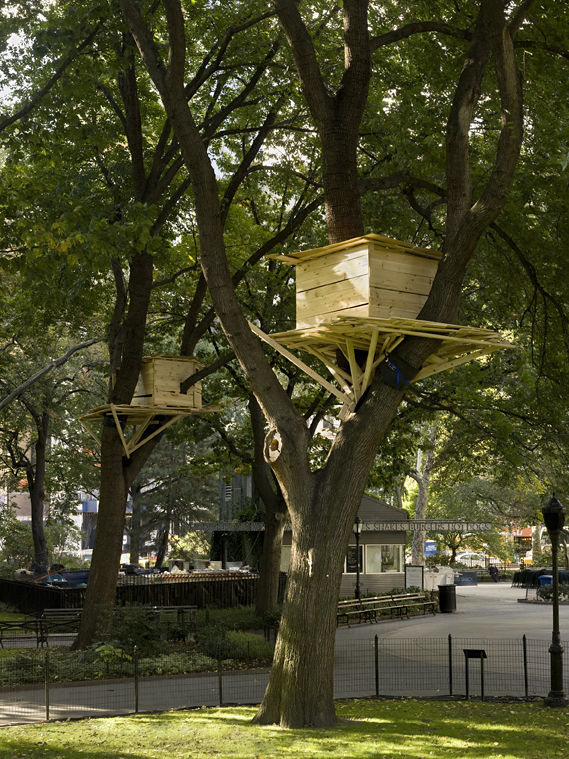 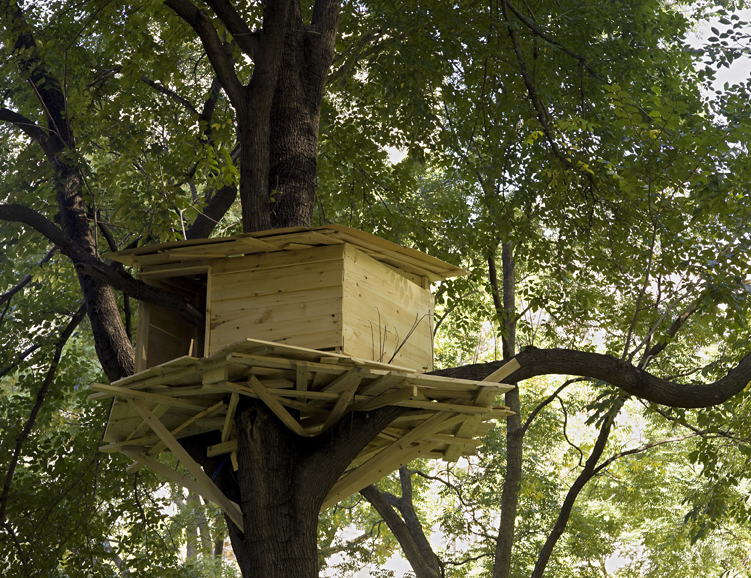 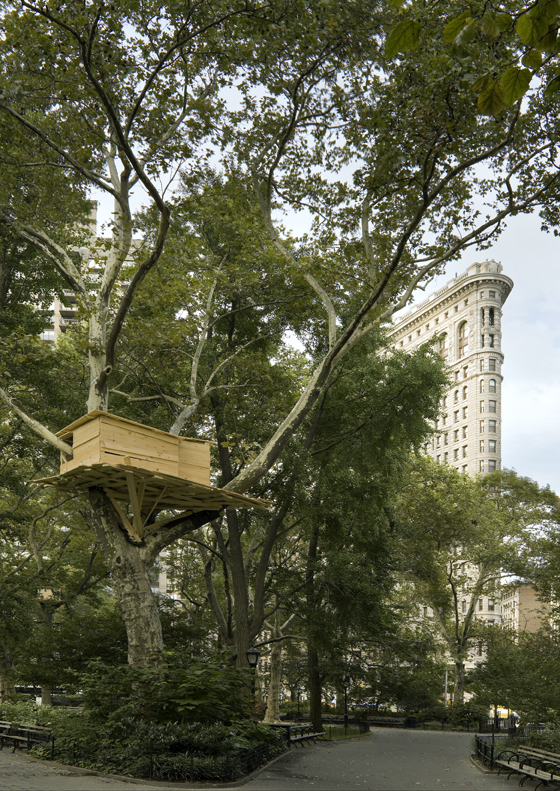 For nearly three decades, the career of Japanese-born artist Tadashi Kawamata has been, in a word, transformative. His public installations, also known as “displacements,” transform the spaces they occupy, as whole environments are turned inside-out. Under Kawamata's direction, complex and chaotic architectural growths of raw lumber, found objects and construction scraps bloom around existing aspects of the urban landscape. Playing upon the dialectic of construction and destruction that characterizes the life cycle of public space, Kawamata's artistic practice is finely attuned to a site's history, use, and physical characteristics. His building style is organic and improvisational, with little predetermined. Beginning with his acclaimed installation at the 1982 Venice Biennale, Kawamata has developed a site-specific, thoroughly engaged and unique synthesis of fine art, architecture, and sociological experiment. The result has been transformative-not only of countless public environments, but of the very concept of contemporary public art.

Tree huts in particular are an emerging focus of Kawamata's work; a crystallization of Kawamata's interest in the architecture of shelter and of the insertion of private objects into public spaces as a method of renegotiating the meaning of both. Tadashi Kawamata: Tree Huts will mark the artist's first exploration of this theme on a North American site following tree hut exhibitions at Art Basel 2007, in Trondheim, Norway, as part of the Generator 2007 program and at Galerie Kamel Mennour in Paris, 2008. In keeping with Kawamata's emphasis on a unique creative process, the artist-in-residency program will invite visitors to witness, explore and interpret the evolution of the first Mad. Sq. Art project to be entirely fabricated in situ, and Kawamata's first public installation in New York City since his landmark Roosevelt Island Smallpox Hospital project in 1992.

Tadashi Kawamata was born in 1953 on the Japanese island of Hokaido. Since the early 1980s, his ambitious, site-specific sculptural installations have won him worldwide acclaim as one of the preeminent artists of the past two decades. Combining the disciplines of sculpture, installation art and architecture with socio-historic and geographical research, Kawamata has made an international reputation by fashioning humble materials and found objects such as untreated lumber, chairs, barrels and construction scraps into poetic and transformative interventions into public space. His “Project on Roosevelt Island” (1992), in which Kawamata surrounded the island's derelict Smallpox Hospital building with a massive and complex web of simple wood scaffolding, remains one of the most well known and highly regarded solo public art works in New York City's history.