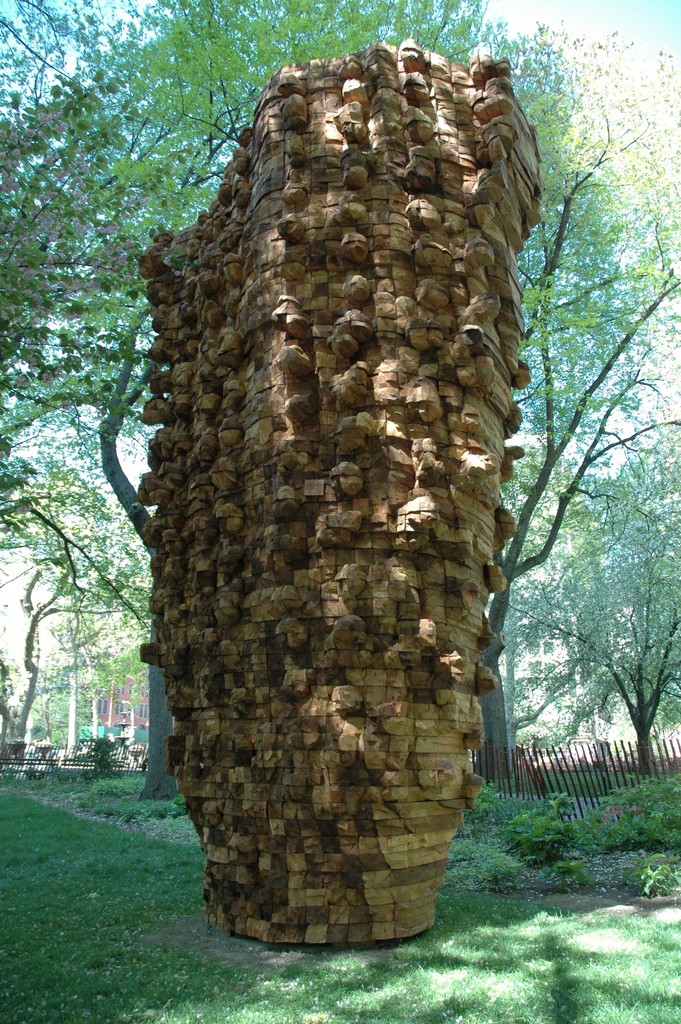 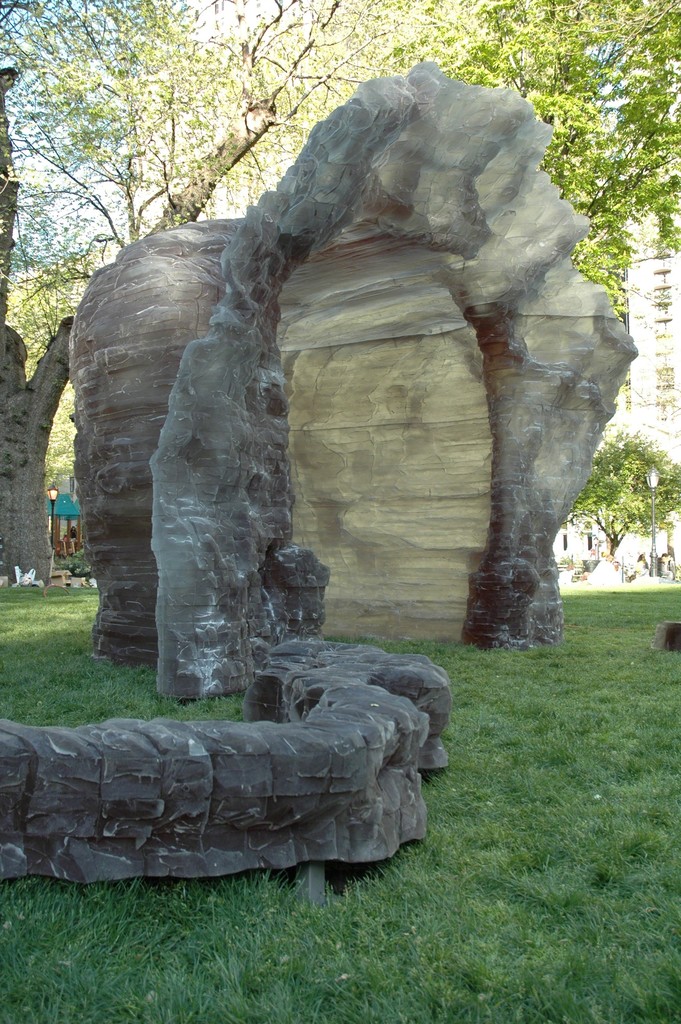 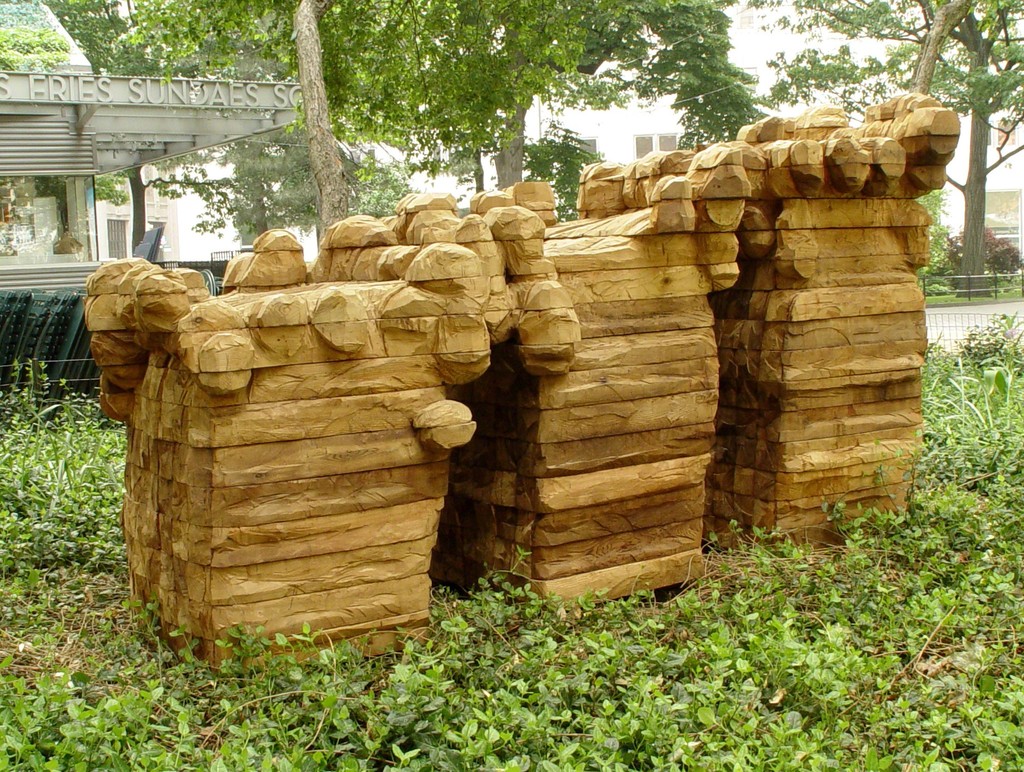 Three of the sculptures are new works created uniquely for exhibition in Madison Square Park, inspired by the park’s scale and location. The centerpiece of Mad. Sq. Art: Ursula von Rydingsvard is Damski Czepek, a new sculpture for the park’s Oval Lawn. Damski Czepek continues von Rydingsvard’s investigation into the monumental vessel form but expands her visual syntax in a new medium, polyurethane resin. As is common to the artist’s process, the work began with an idea of an image “that has haunted me for a long time” – but never seemed suitable to cedar, the artist’s traditional material, which she found cedar too “heavy” and “absorptive” of light for a piece that requires translucence. In the tradition of the artist, Damski Czepek begins with an everyday household object remembered from childhood – here, a bonnet, which the sculptor transforms into an evocative abstract form.

In the case of Damski Czepek, von Rydingsvard sculpted the 14-foot-tall piece in cedar over the summer of 2005 in her studio in Williamsburg, Brooklyn. Damski Czepek was then disassembled and shipped across the country to the Walla Walla Foundry in Washington State, where it was cast in translucent polyurethane resin. From Walla Walla, Damski Czepek was shipped to Madison Square Park for installation. The artist has selected a location on the north end of the park’s Oval Lawn where the translucent form catches the morning sun as it enters the park. The bonnet’s “ribbons” on the lawn in front of the sculpture and serve as a seating location for the many children and adults who enjoy the lawn in the summer months.

Three sculptures – Czara z Babelkami (2006), Ted’s Desert Reigns (2006) and Bowl with Fins (2004), all in cedar – complement Damski Czepek in the park, two of them new works never before on public view. These three works recombine more familiar elements of the artist’s vocabulary, such as the vessel and the bowl, and transform them in cedar into a monumental scale. Despite the sculptures’ monumentality, each of the surfaces has been painstakingly worked by the artist. In the sculptures for Mad. Sq. Art, the artist has also made crucial innovations: for example, in Czara z Babelkami, she introduced a series of “babelkami,” small protrusions that extend in circular rows around the work’s circumference.

About Ursula von Rydingsvard
Born in Germany in 1942, Ursula von Rydingsvard spent her early childhood in refugee camps until her parents and their seven children immigrated to the United States in 1950. Von Rydingsvard studied sculpture at Columbia University, graduating with an MFA in 1975. In the same year, she held her first solo show in New York. Her work has been exhibited in numerous museums and galleries worldwide. In 1997, the Nelson-Atkins Museum of Art organized an exhibition of her outdoor sculpture, which traveled to the Yorkshire Sculpture Park in England. Her sculpture is represented in the permanent collections of over 30 museums, including the Metropolitan Museum of Art, Whitney Museum of Art, Walker Art Center, Nelson-Atkins Museum of Art, Storm King Art Center, and Detroit Institute of Arts. Permanent sculptures are in the collection of the Microsoft Corporation and Bloomberg Corporation.