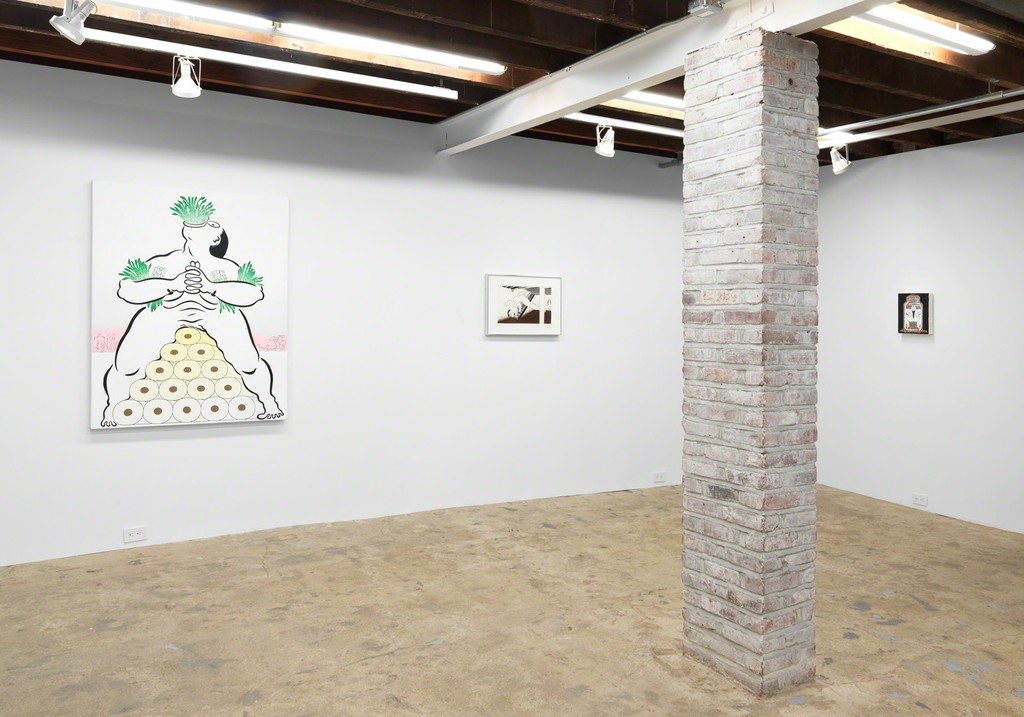 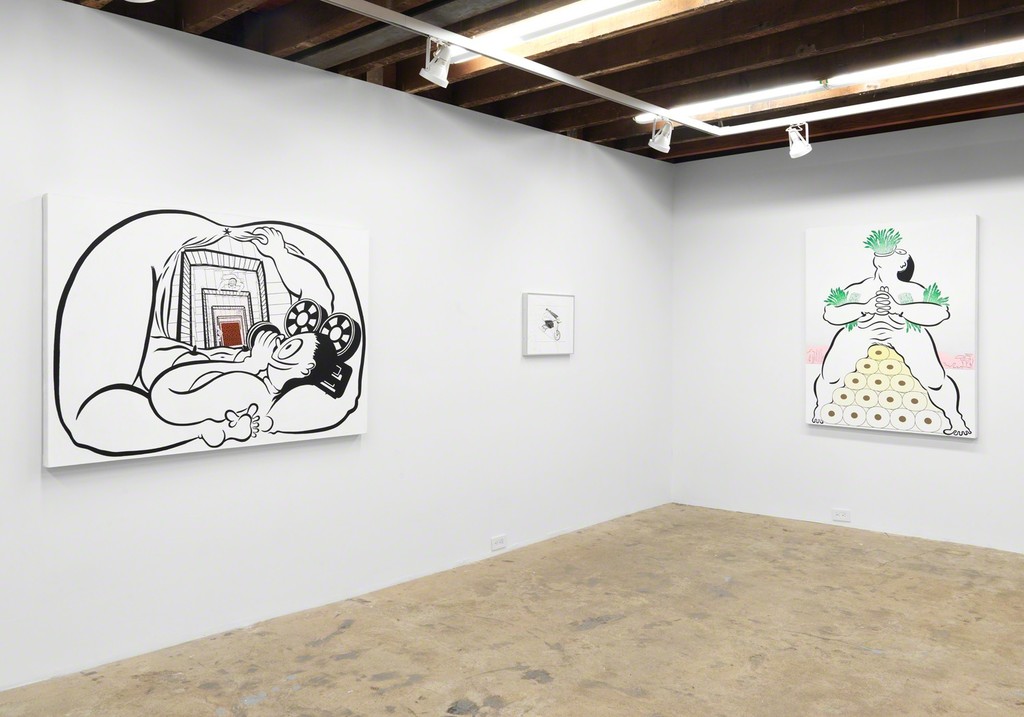 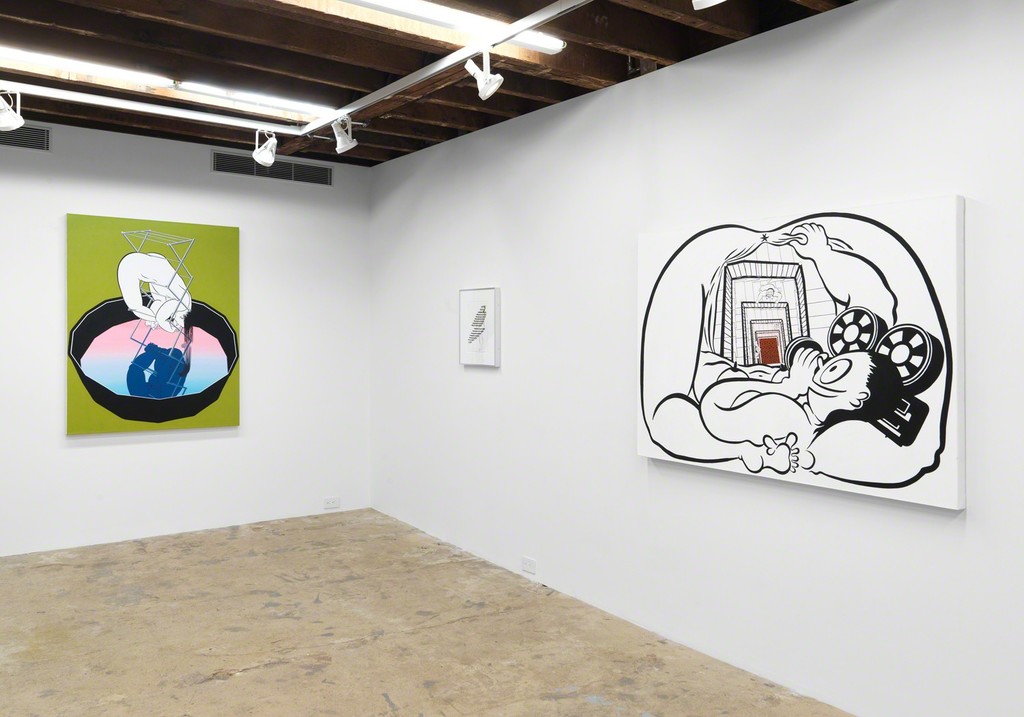 Magenta Plains presents 2017, Ebecho Muslimova’s first solo exhibition at Magenta Plains. This is the New York-based artist’s premier presentation of paintings on canvas, accompanied by a suite of smaller ink drawings on paper.

Muslimova’s strikingly graphic paintings and drawings spotlight an alter ego named “Fatebe,” a grinning, portly figure minimally rendered in sweeping black lines. Wide-eyed and naked, Fatebe finds herself in various impossible situations--a contortionist of voluminous proportions. Whether squatting like a genie inside a jar of coins and gagged by a stack of quarters, or poised as narcissus over a pool of still water while folded into the angles of a laundry drying rack, Fatebe can do and show things that her author can’t. In the painting “Fatebe Self Possession,” she holds herself open, exposing an internal, winding staircase and taunting, mini-Fatebes, while simultaneously filming the chase scene with a movie camera.

For Muslimova, drawing Fatebe has been an ongoing project since 2011, and the artist’s expansive imagination has never found the character in the same place twice. Most often taking the form of a black and white drawing on a 12 x 9” sheet of paper, the minimal format establishes a neutral context for Fatebe and her essential attributes to develop accordingly.

Over time, Fatebe has naturally expanded her boundaries. As Marie Heilich wrote, “While Fatebe’s exhibitionist feats have expanded considerably since 2012, Fatebe remains indomitable and unrestrained as she experiments with herself like an unsolvable puzzle.” Each formulated image is an expression and building block of Fatebe’s entity; the voluptuous avatar performs various scenarios which externalize their creator’s personal mental state. Assembled in a group, the images expose a more complete emotional experience.

Fatebe’s body is used as a malleable, expressive form--less to do with female body image and more to do with roasting shame and anxiety on a spit, every curve glistening. Muslimova’s handling of the brush is as elegant as calligraphy and as efficient as a witty remark. With Fatebe, Muslimova sheds light into our deepest corners and flings us right up against the edges of being human.

Ebecho Muslimova (b.1984 Dagestan, Russia) graduated from The Cooper Union in 2008. Her recent solo exhibitions include eponymous exhibitions at Room East in New York and White Flag Projects in Saint Louis. Her work has been included in group exhibitions at Eva Presenhuber, Zürich, Switzerland; Tanya Leighton Gallery, Berlin, Germany; Galerie Maria Bernheim, Zürich, Switzerland; Ellis King, Dublin, Ireland; and Signal, Brooklyn, NY among many others. She recently finished an eighteen-foot mural for the 32nd Biennale of Graphic Arts in Ljubljana, Slovenia. Muslimova lives and works in New York City.