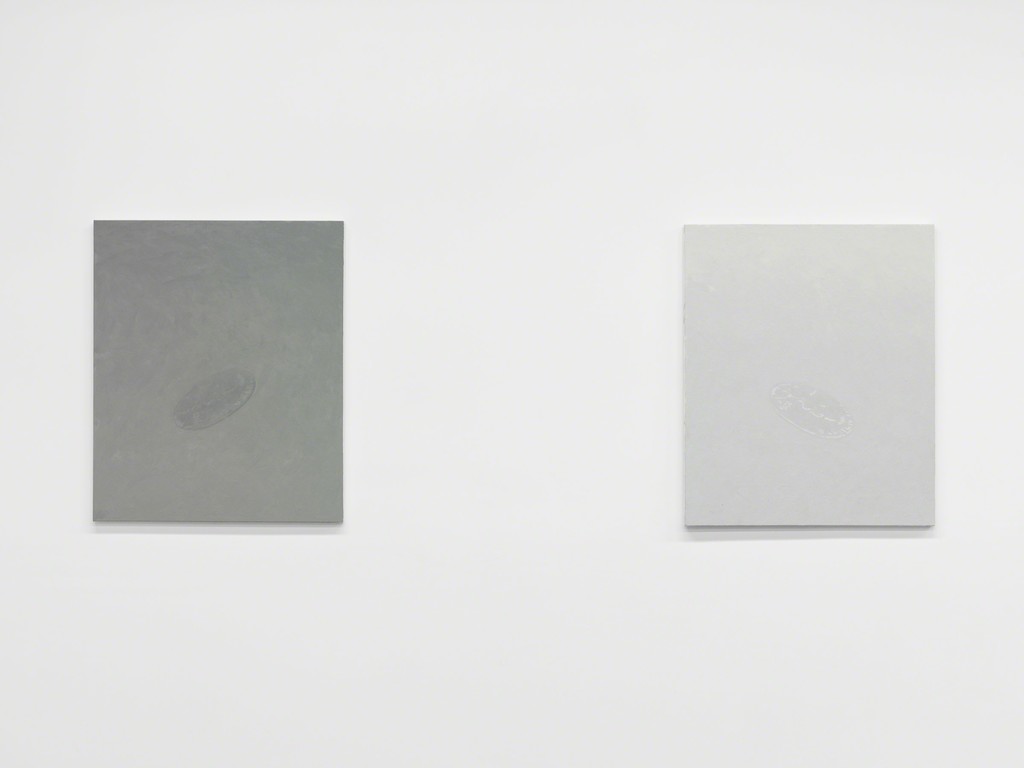 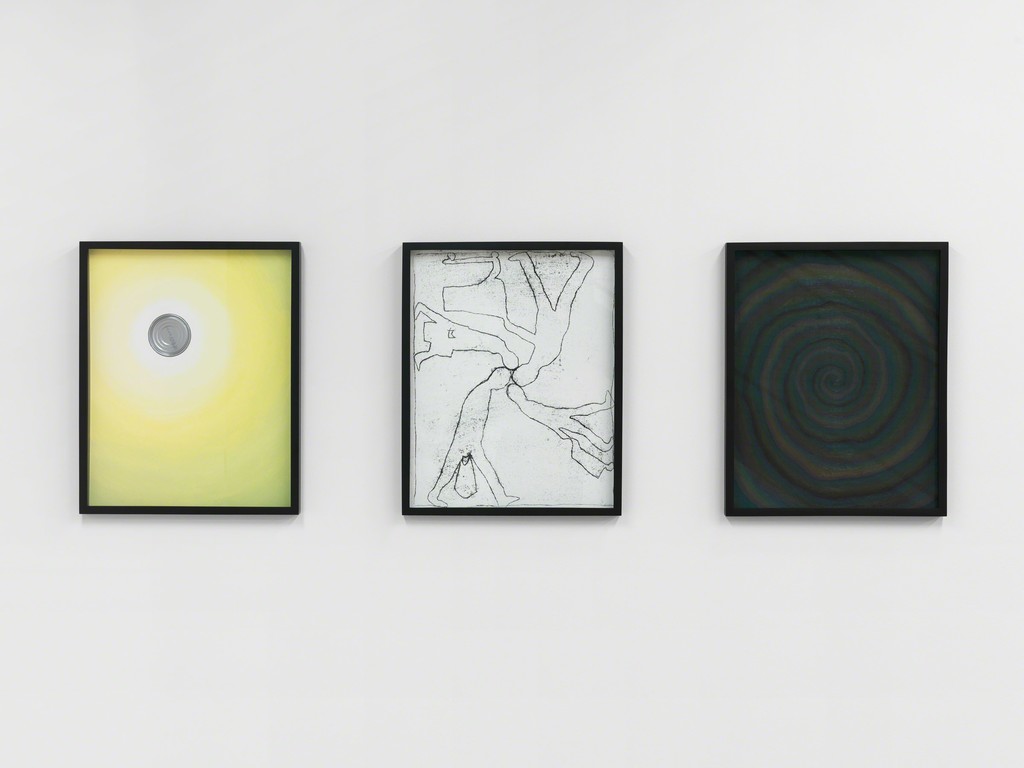 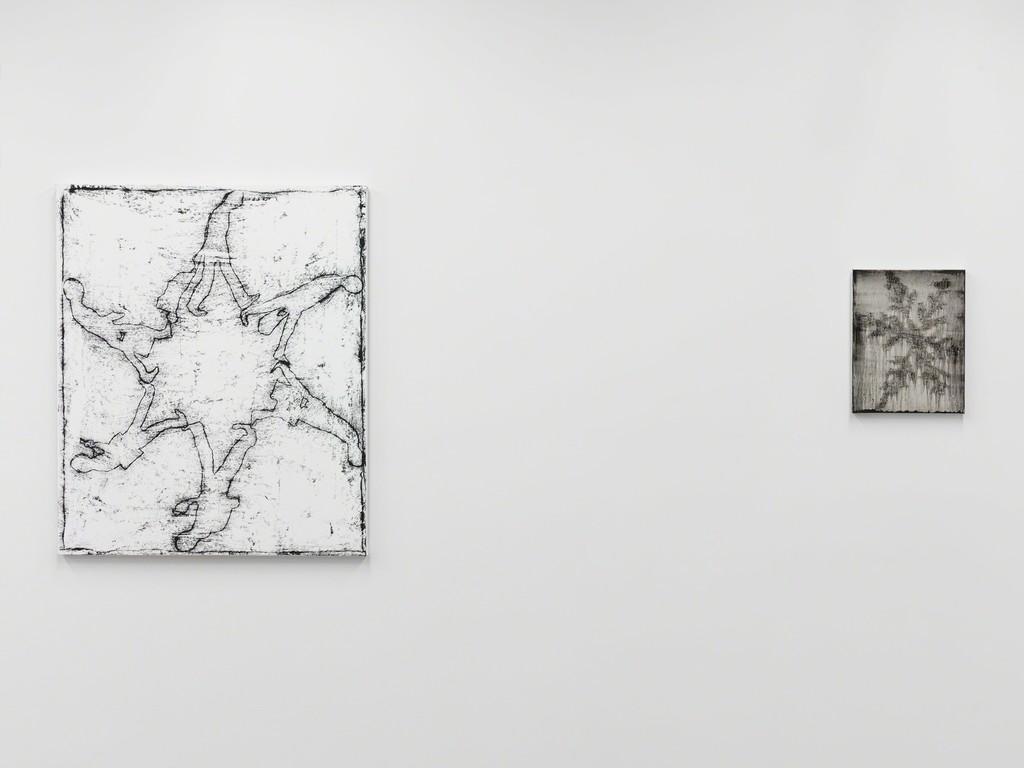 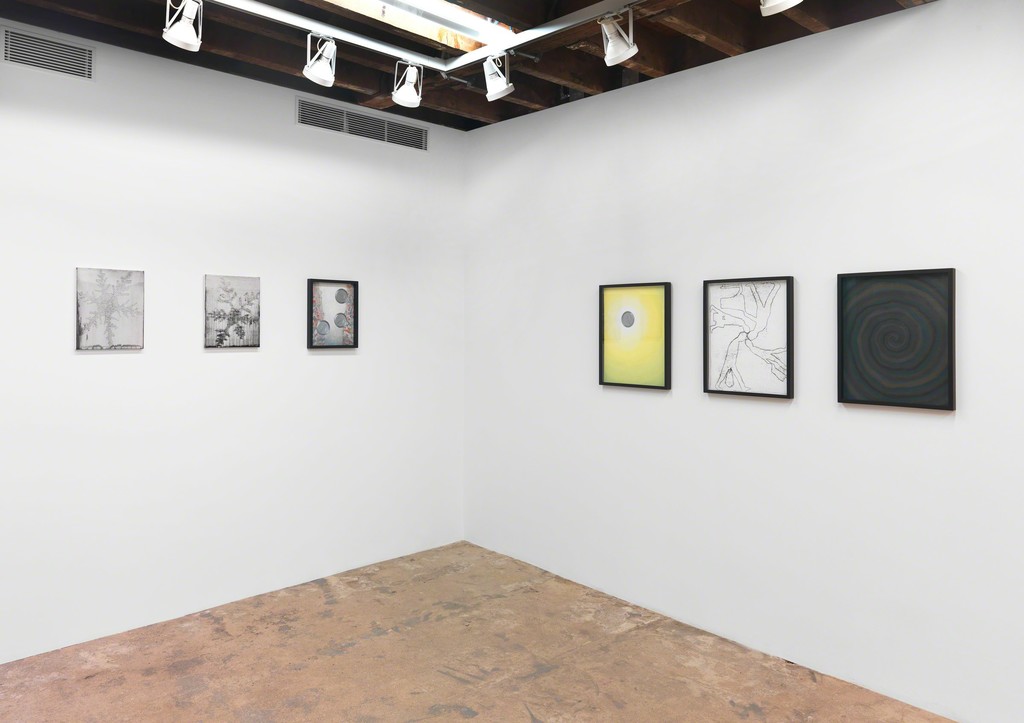 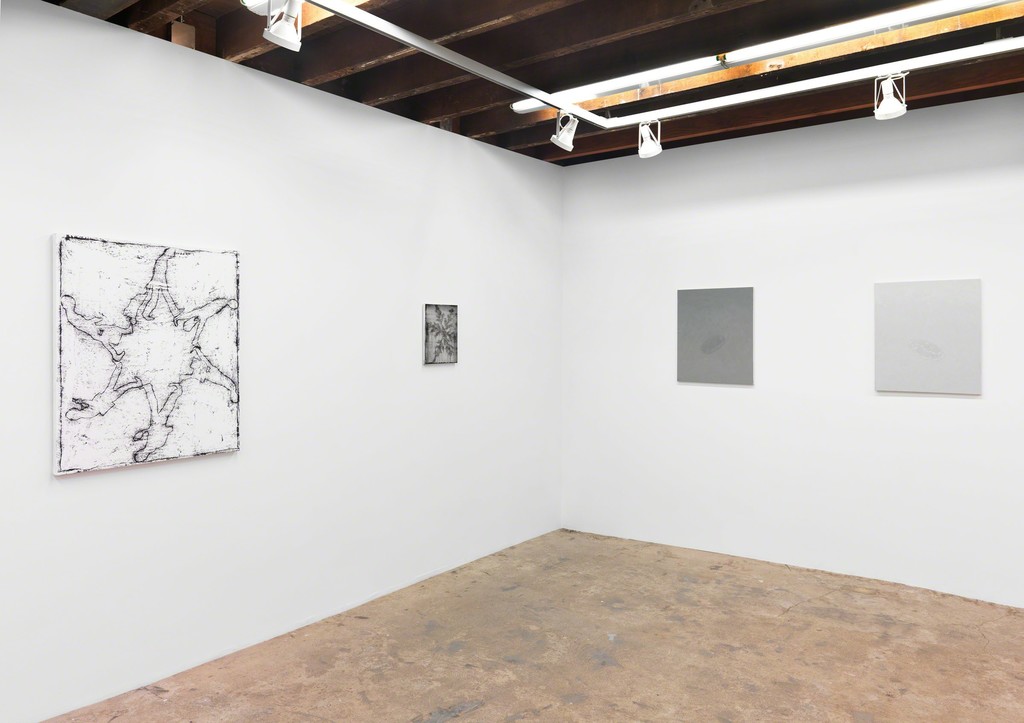 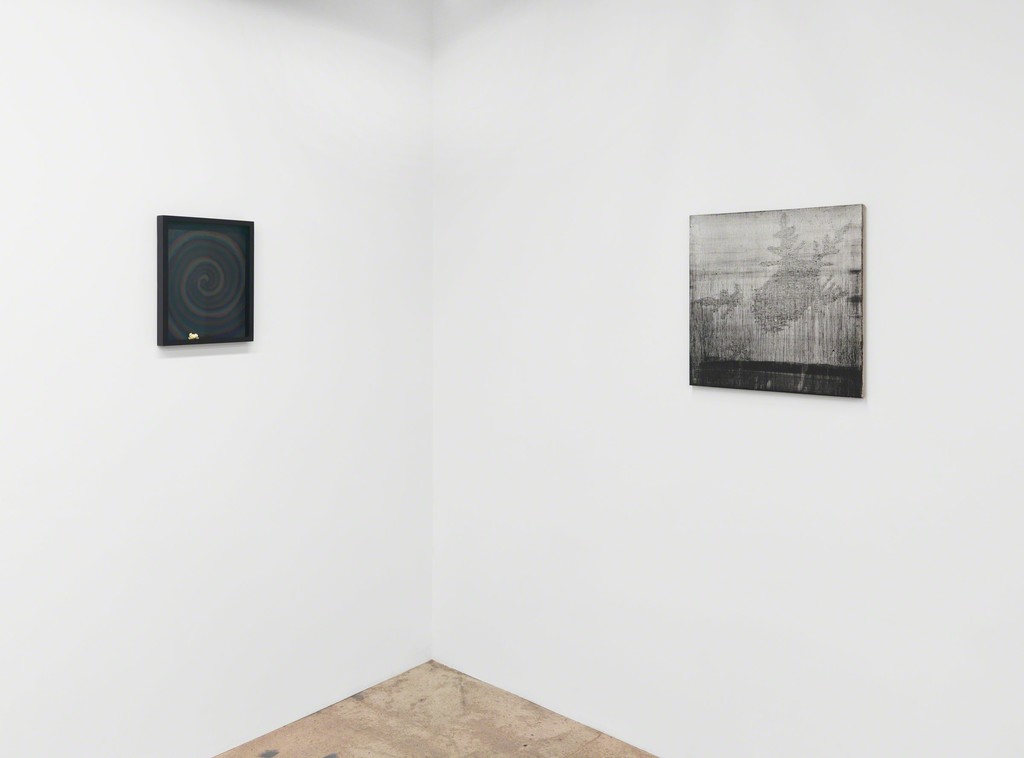 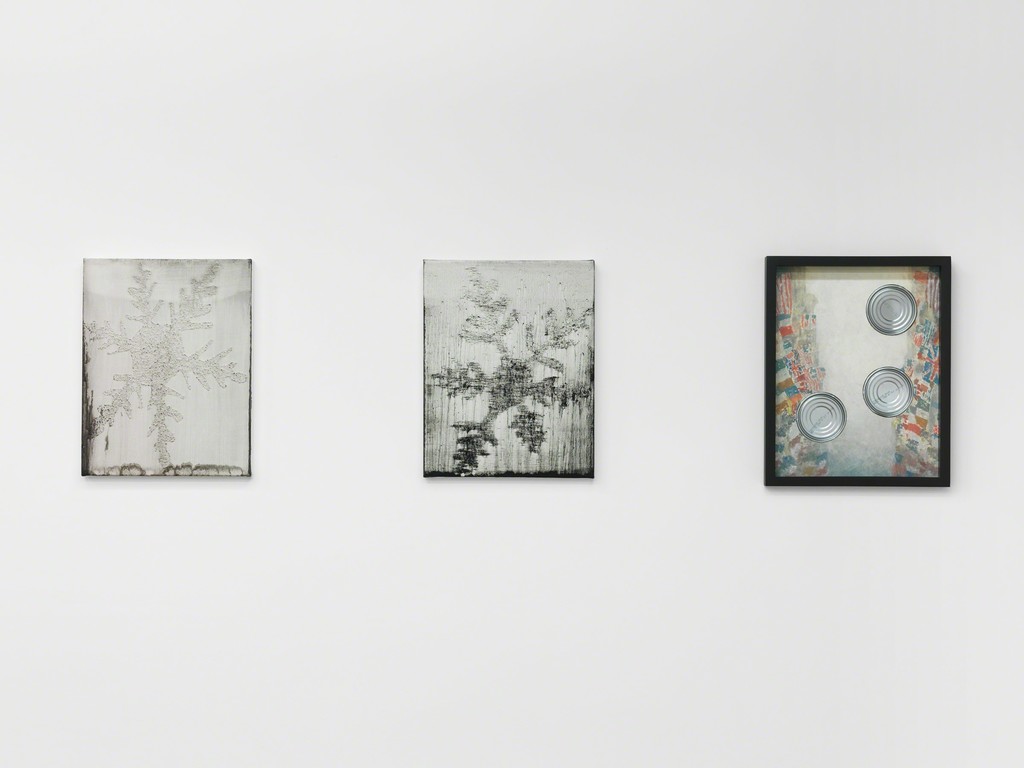 Magenta Plains is pleased to present Snow ake, an exhibition of new works by New York-based painter Alex Kwartler. This is the artist’s second one-man exhibition with the gallery.
A snow ake is a singular wonder—a splendorous display of uniqueness, beauty and fragility. ‘Snow ake’ is also used pejoratively by the American far right to describe the liberal left. In this context, a ‘Snow ake’ is a person who has an in ated sense of their own uniqueness, is easily o ended and unable to deal with opposing opinions. With a snow ake as with a painting, the formation of meaning and classi cation lies in the position of the individual to the group.
Drawing on the political and symbolic meanings of the exhibition title, Kwartler presents three distinct groups of work. While deploying various picture-making strategies, the work is connected by a thread rooted in like form. One set of canvases hints at mechanical reproduction and includes gures from
his Schleppers series arranged in irregular, radial patterns. Another set of paintings depict with realist earnestness the humble, nearly obsolete American penny as it seems to hang, unhindered by gravity in unde ned space. Lastly, snow akes themselves—abstract in form—are rendered as a series of portraits melting. Kwartler raises one of painting’s singular contradictions: that while historically a painting is an icon of permanence, it can often be a vehicle for describing the condition of ephemerality.
For almost a decade, Kwartler’s thoughtful paintings have subtly dismantled the ordinary symbols and signs that permeate our everyday lives. From his ongoing Schlepper paintings to his ironic and painterly use of the a rmative check mark and spiraling vortex, Kwartler deploys the slow cadence of easel painting merged with heavily processed expressionist gestures. Schleppers, tin-cans, coins, snow akes and spirals all exist as codi ed signs in the artist’s visual lexicon—with which Kwartler deconstructs painterly space and visual meaning with sharp humor.
Alex Kwartler (b.1979, New York, NY) mounted a solo exhibition, Pain Quotidien, at Magenta Plains in 2016. He has exhibited his work at P.S.1 Contemporary Art Center, White Columns, Bortolami Gallery, Mitchell Innes & Nash, Martos Gallery, Casey Kaplan, Petzel Gallery and Wallspace. His exhibitions have been reviewed in e New York Times, e New Yorker, Frieze, Artforum and Art in America. Kwartler’s paintings were featured in Painting Abstraction edited by Bob Nickas and published by Phaidon Press. He received his MFA from Rutgers University, New Brunswick, NJ and his BFA from e Cooper Union, New York, NY. Kwartler was artist-in-residence at e Chinati Foundation in Marfa, Texas in Spring 2017. He will present forthcoming shows at Two Bridges Music Arts, New York, NY, and Practise (with David Deutsch), Oak Park, IL. Kwartler lives and works in New York.