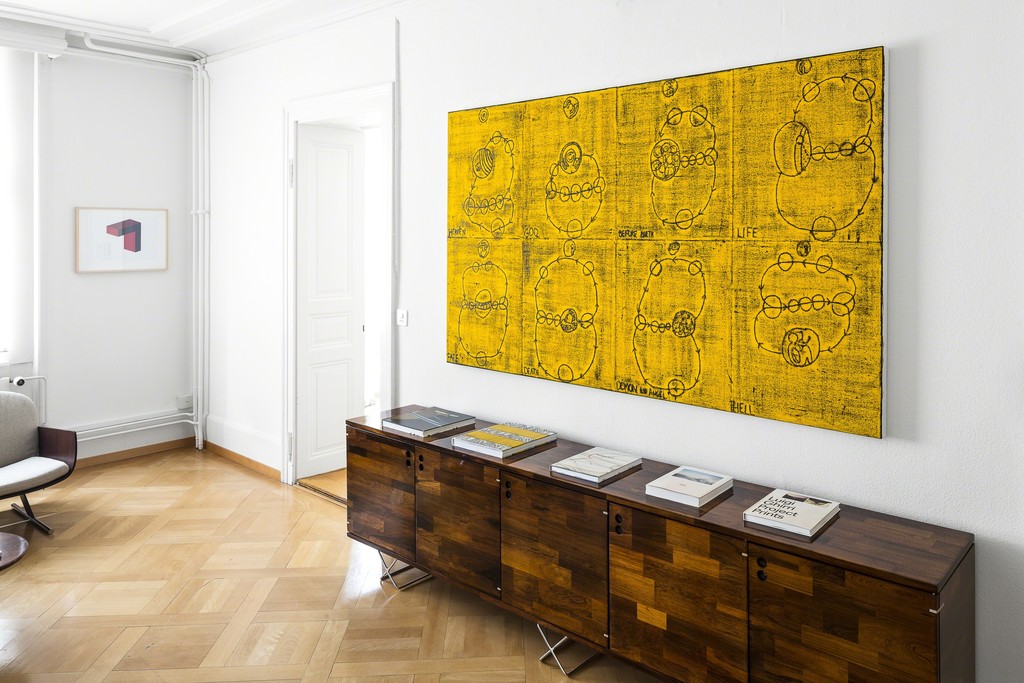 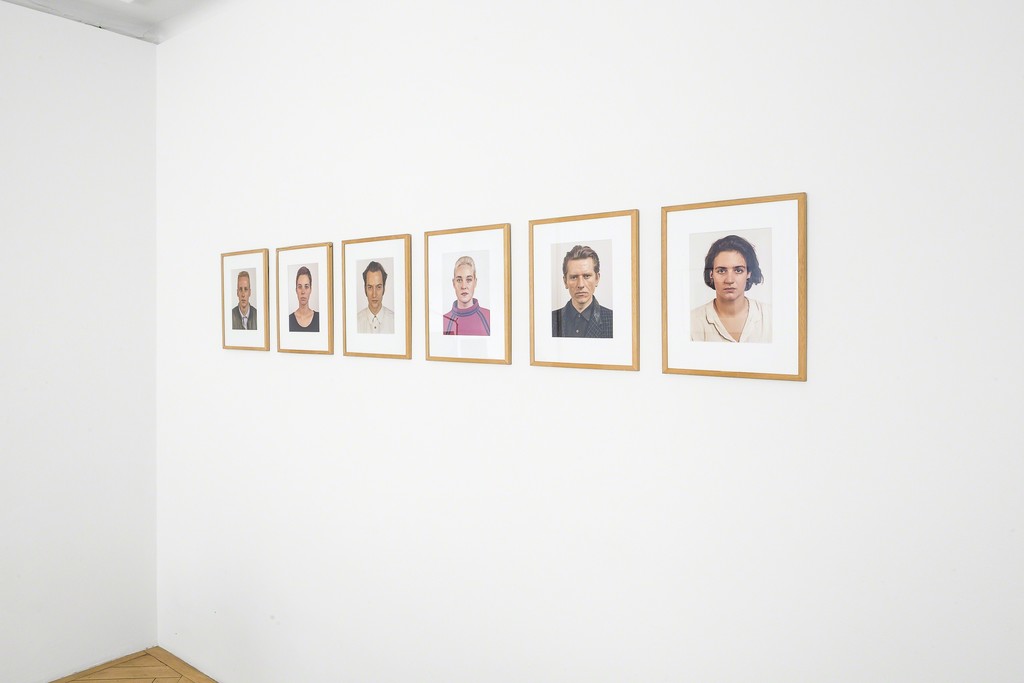 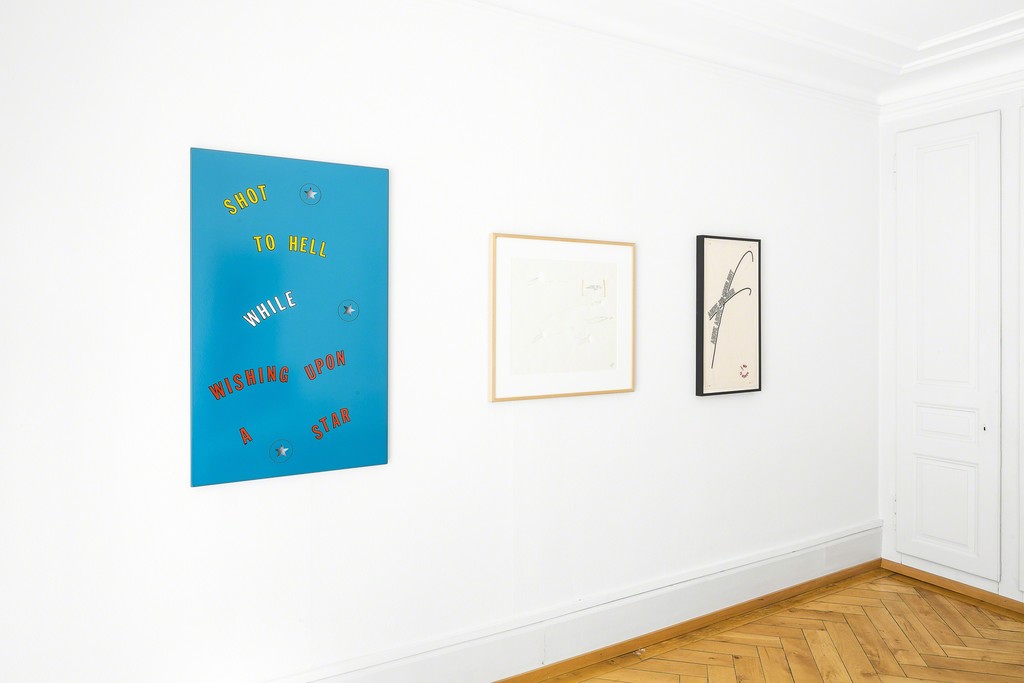 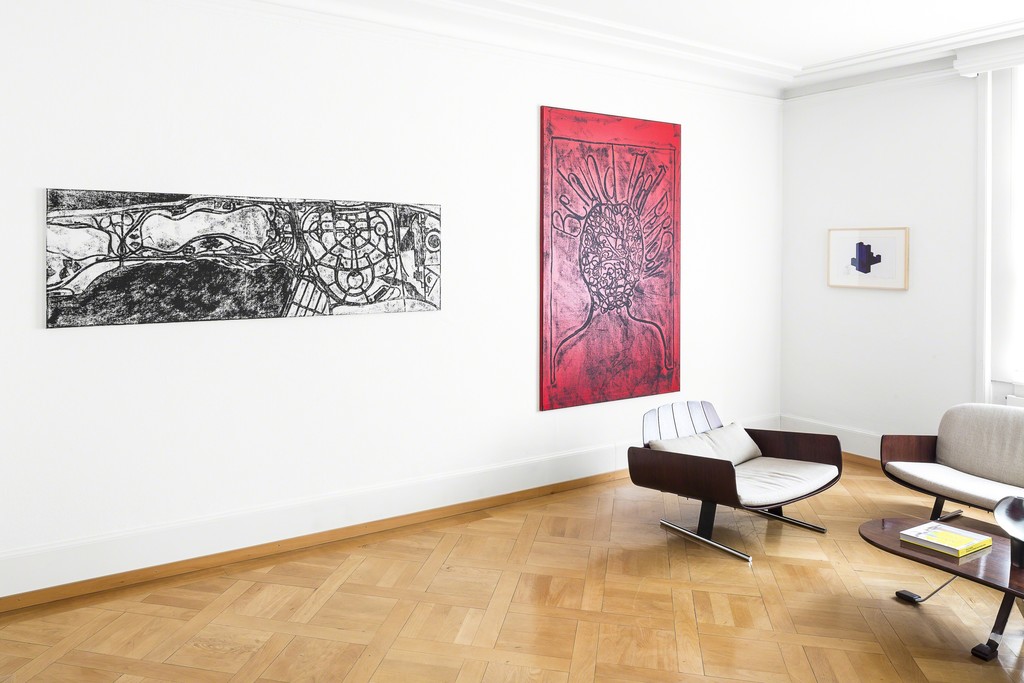 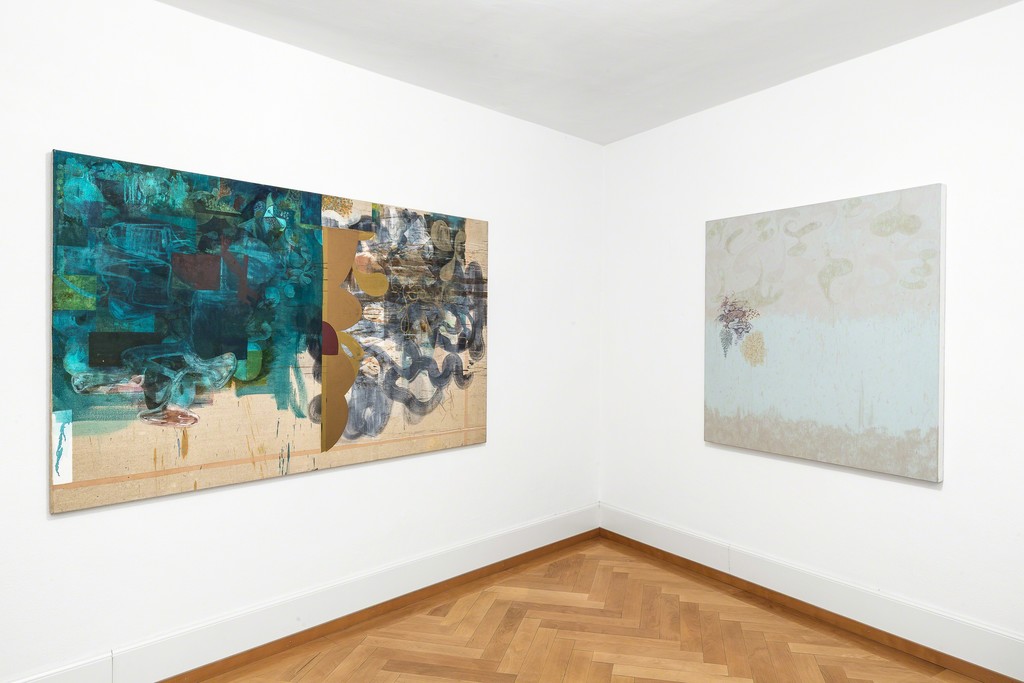 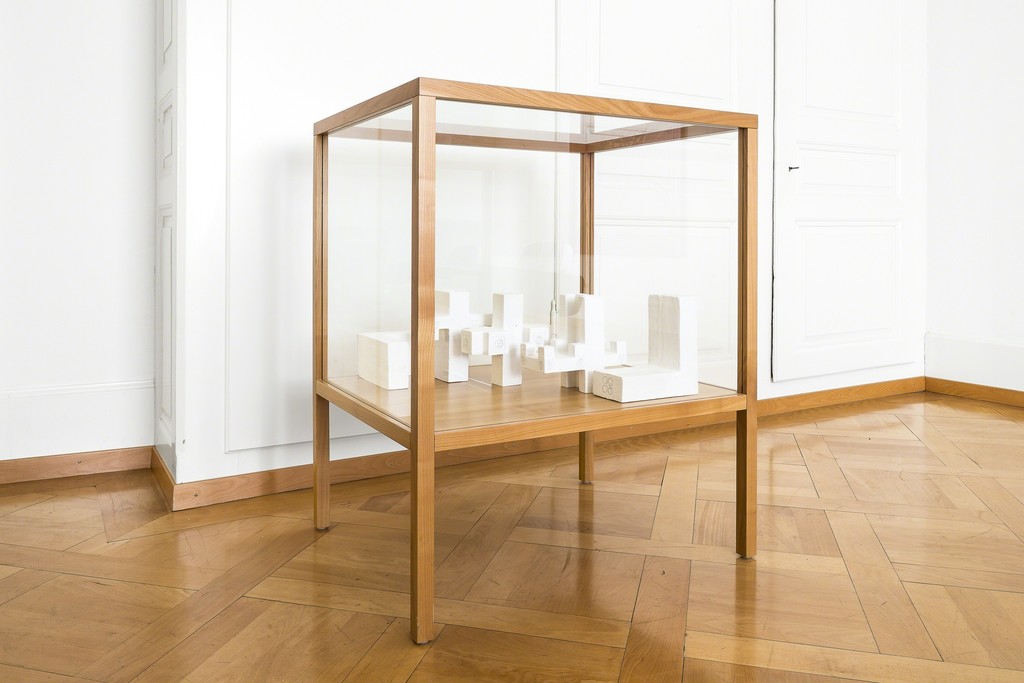 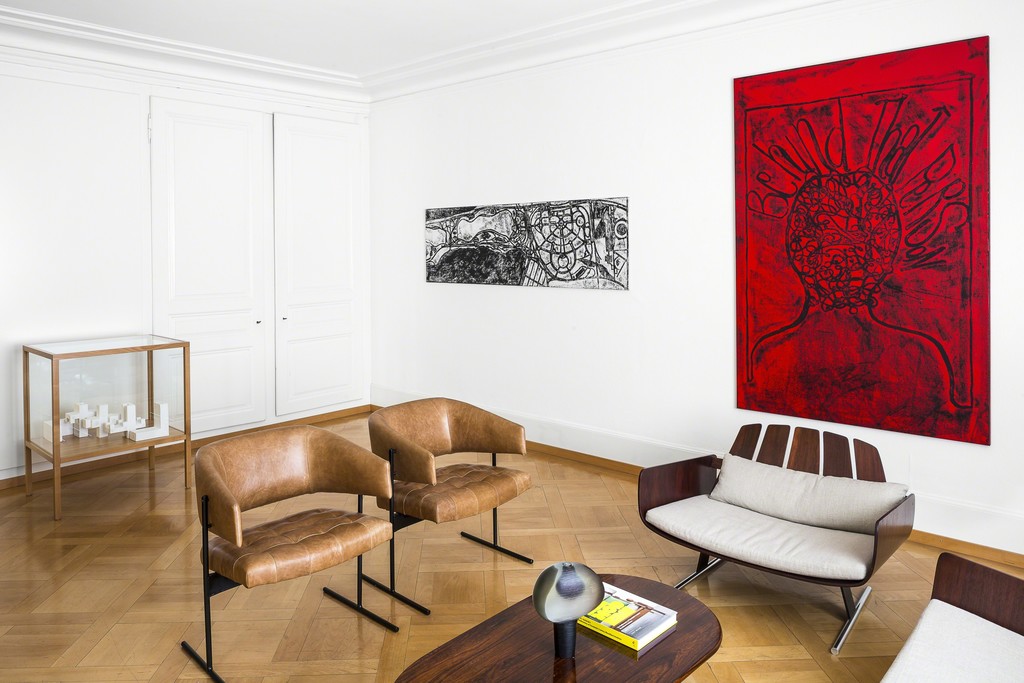 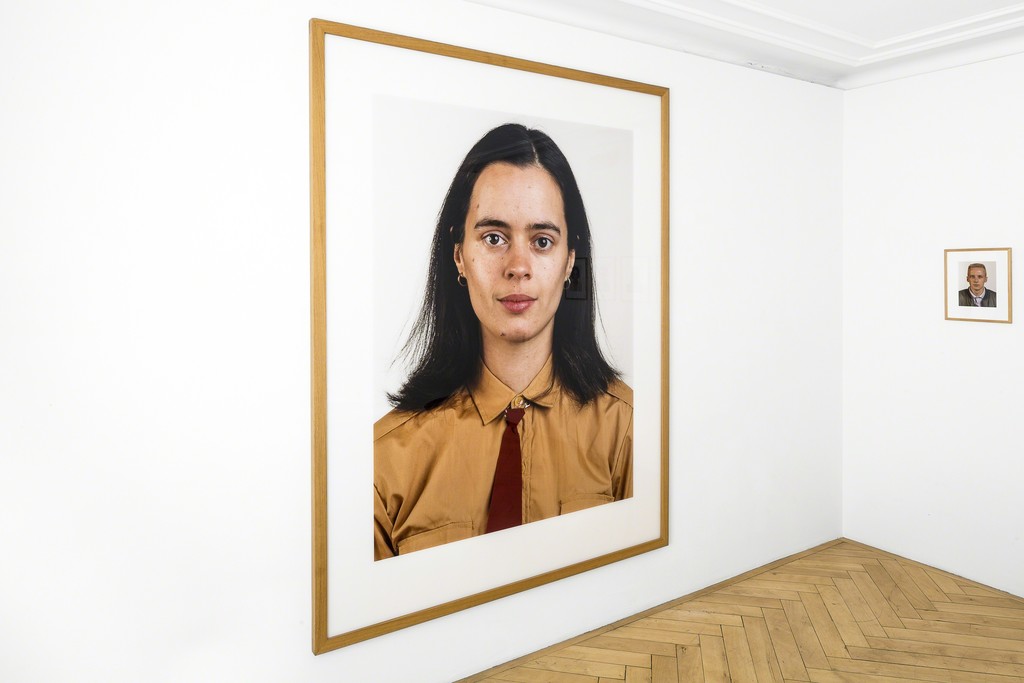 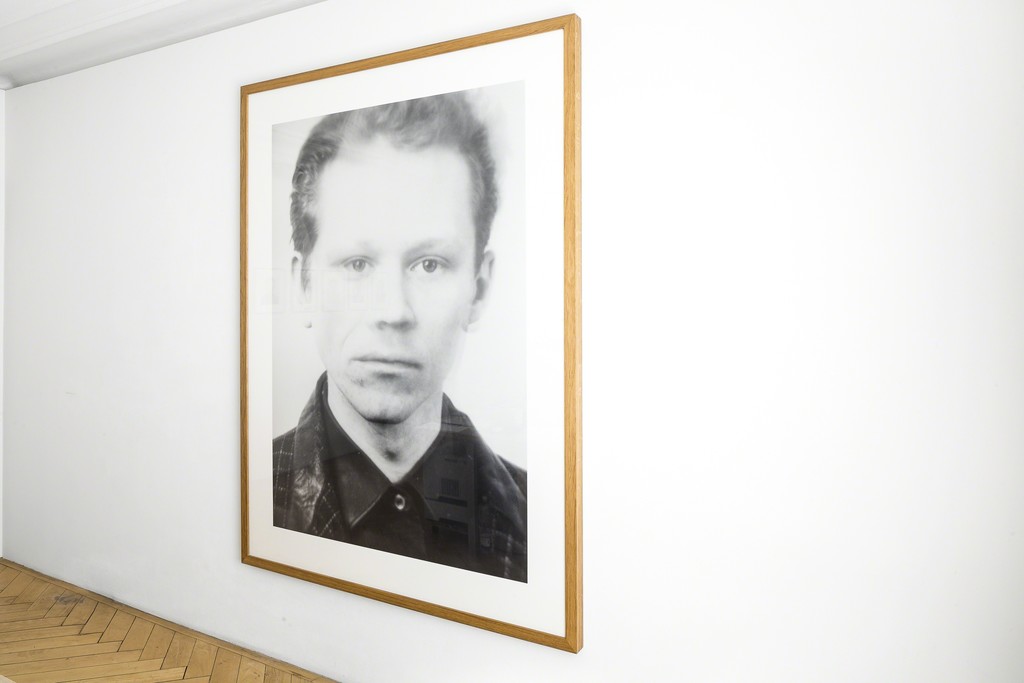 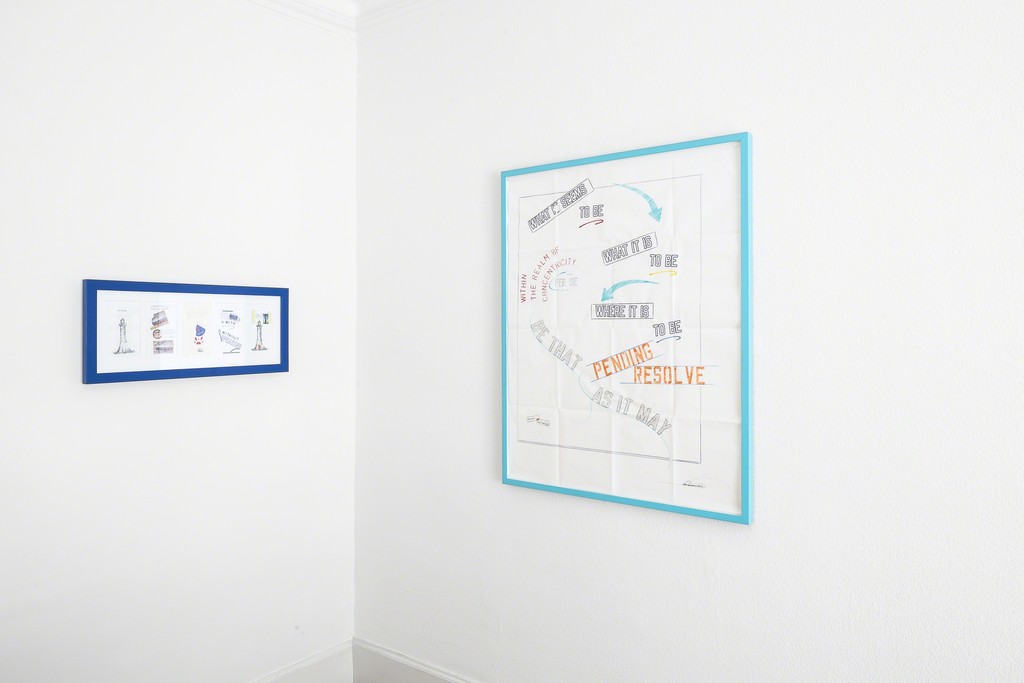 We have the pleasure to present a group exhibition at MAI 36 SHOWROOM featuring a fine selection of artworks by Flavio Garciandía, Luigi Ghirri, Matt Mullican, Thomas Ruff and Lawrence Weiner.

Flavio Garciandía has derived, with a certain irony, the term “New Tropical Abstraction” from “Tropical Depression”. Garciandía is regarded as one of the fathers of concept art in Central and South American and has been represented in many important exhibitions on that theme. He sees Cuba’s culture as a fusion of the most diverse influences and reference systems. Identity is multifaceted and usually determined by a gaze from outside. From this viewpoint, Garciandía’s works masterfully amalgamate elements from almost all modern art styles, focusing in this post-modern manner particularly on the flexible potential of painting.

In 1977, Luigi Ghirri founded the first publishing house for photography in Italy. Of couse, there had been art photography before but Ghirri was the first in Italy to showcase photography as an art form in its own right and, with that, to bring it at last into an era in which photography was, as it still is, a fittingly contemporary means of expression. Ghirri sought a form of expression that was in keeping with the mood of the day and reflected the Italian view of their own country and the wider world. His photographic oeuvre spans a period from 1970 to 1992, the year of his death.

Since the 1970s, US artist Matt Mullican has been interested in models for explaining the world. He has developed a complex system of symbols consisting of various pictograms and colors as a means of tackling the question of the structure of the world, and with his system he aims to portray in symbols every aspect of the human condition in different combinations.
Every color has a specific symbolic value attached to it. For example, green stands for material, blue for the everyday world, yellow for ideas, white and black for language and red for the subjective.
The model of perception that Mullican calls the theory of the five worlds serves him as a system of order for his method of working as an artist. It illustrates the relationship between the world and its representation. The artist is particularly interested in how we charge symbols and systems of symbols with meaning.

Thomas Ruff ranks among the world's most important contemporary artists. He is regularly represented in numerous international galleries and major museums.
His work has been marked up to the present by a very considered approach to the means and possibilities of photography with respect to the information contained by images. Ruff began in 1979 to analyze the various genres of photography - from portraiture to architectural and press photography to the nude - looking at them in terms of their visual expressiveness. The breadth of his themes can also be seen in the range of techniques he employs: alongside the analogue and digital exposures he has taken himself and his own computer generated pictures, he also uses photographs from scientific archives, and reworked pictures culled from newspapers, magazines, and the internet.

Lawrence Weiner is one of the world’s most influential contemporary artists. His contributions to the now legendary exhibitions op losse schroeven/Square Pegs in Round Holes in Amsterdam 1969 and When Attitudes Become Form in Bern that same year consolidated his international reputation as a maker not only of his famed Statements, but also of drawings, films and books.
In his artistic practice, he has decided that words and sometimes typographical signs shall replace the means ordinarily associated with artistic endeavour. And so, since 1968 he has unswervingly devoted himself to the power of language, of written words that are cast or glued or painted on walls, on the ground or sometimes even on entire buildings. The works takes concrete shape in the context of their presentation. They generate mental spaces and relations in the minds of viewers; they are inseparable from their placement; words, place and viewer interact on location.

Visual materials are available on request ([email protected]).
We look forward to welcoming you at the gallery and thank you for your interest.