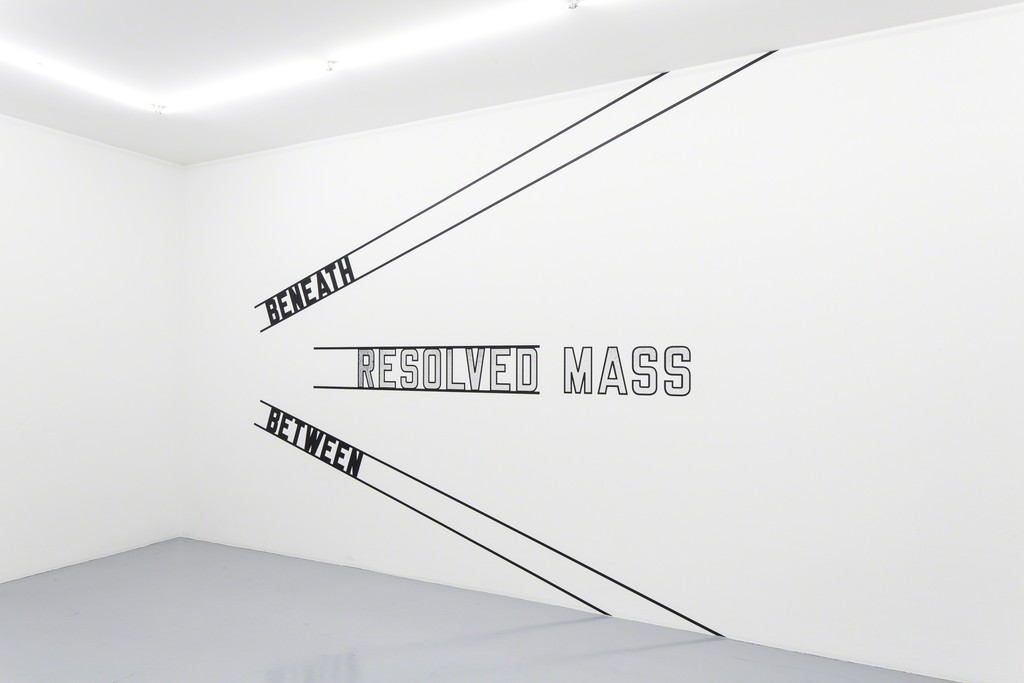 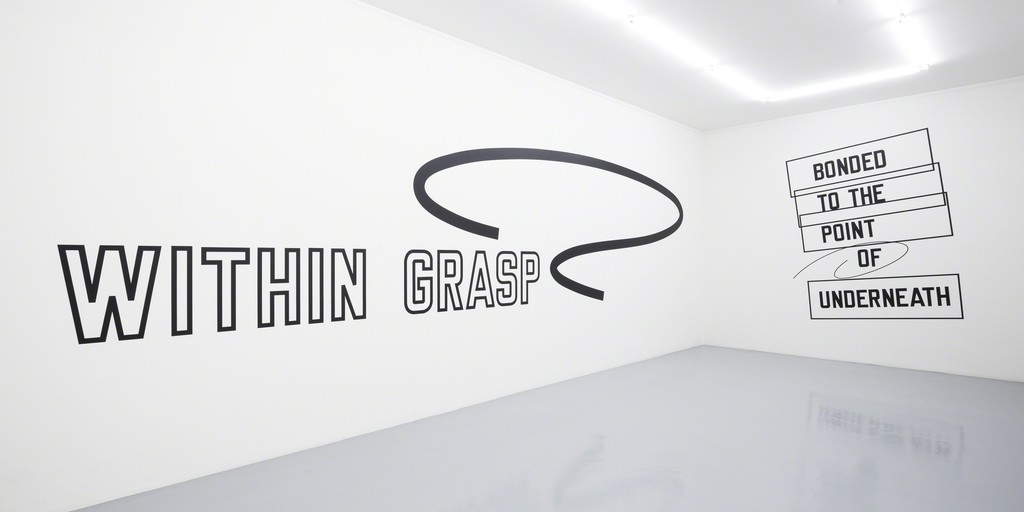 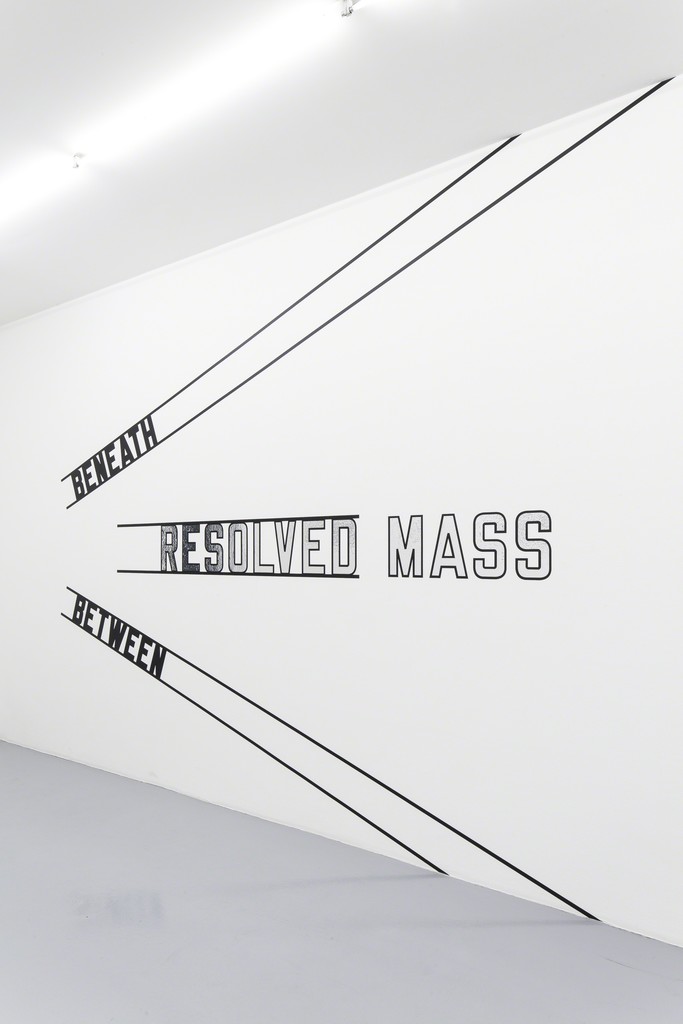 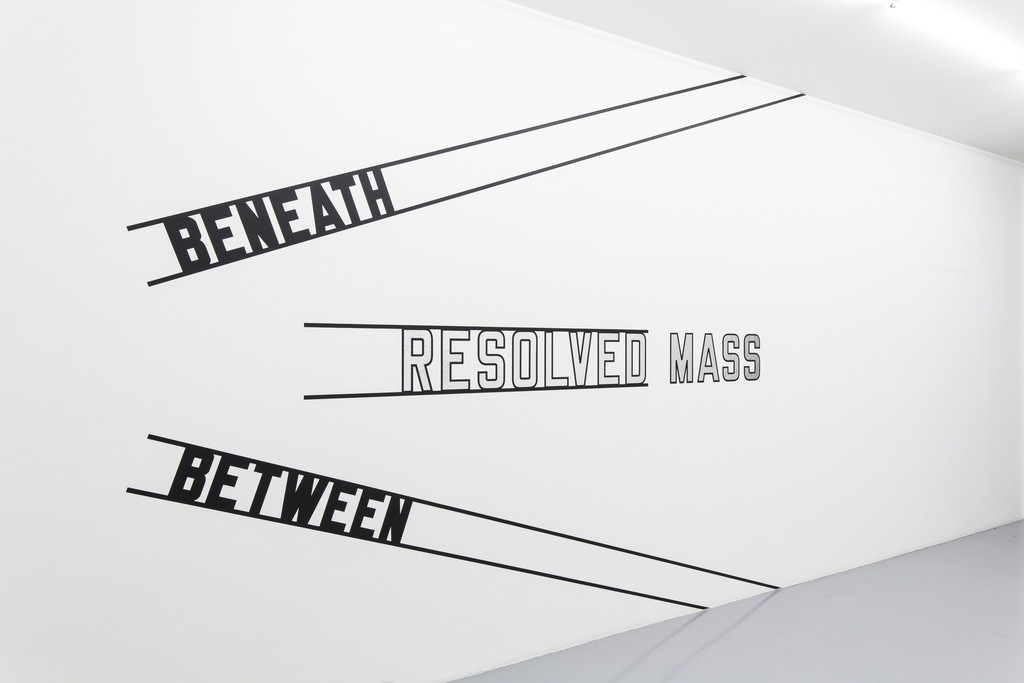 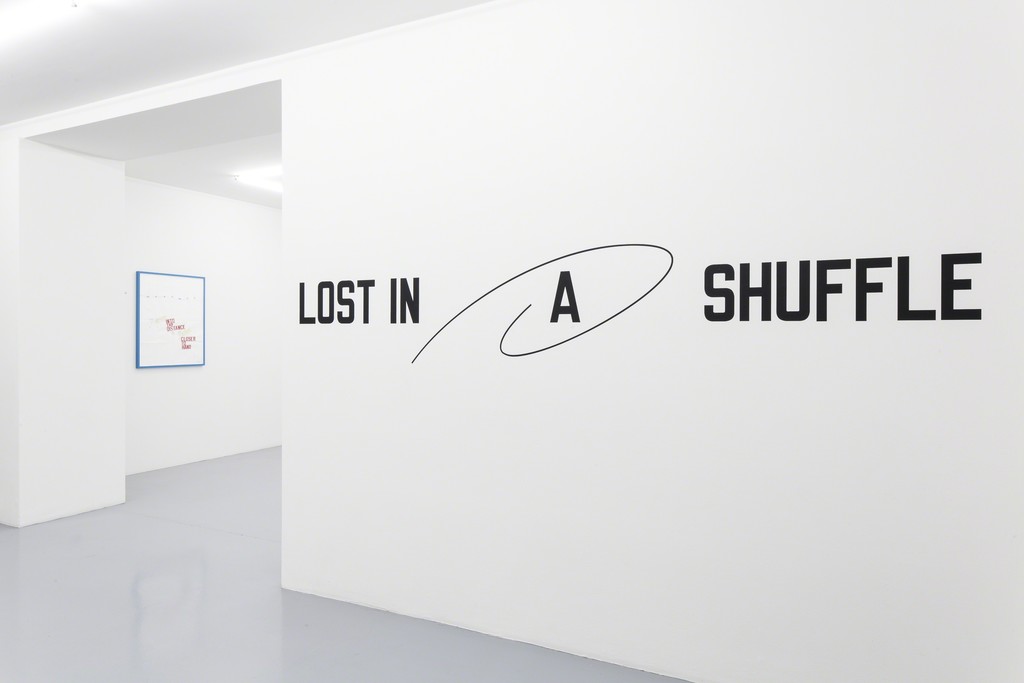 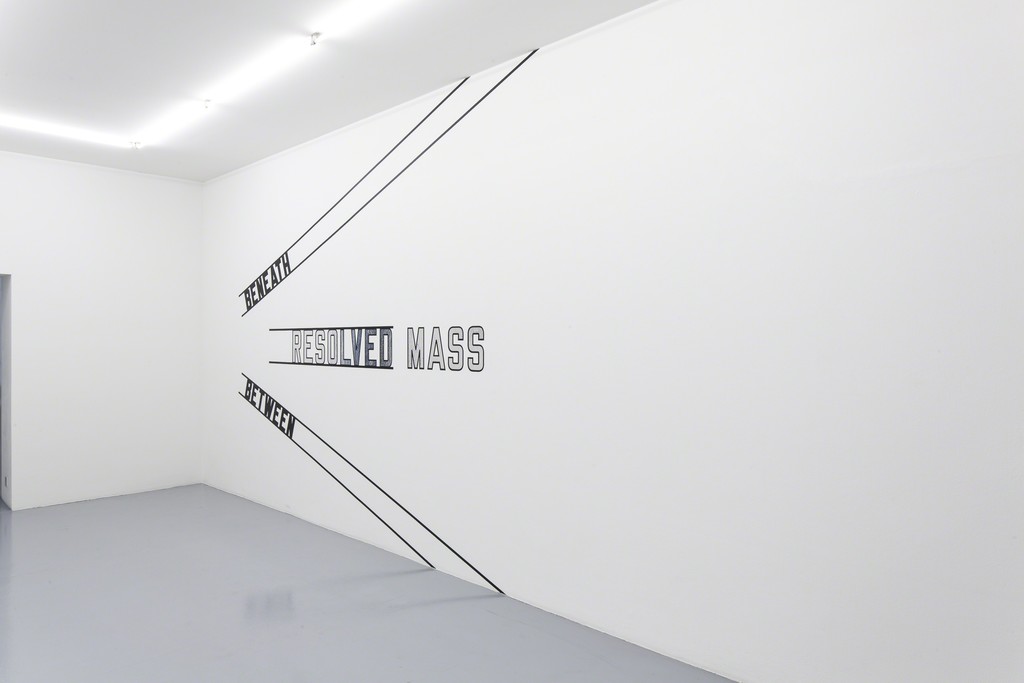 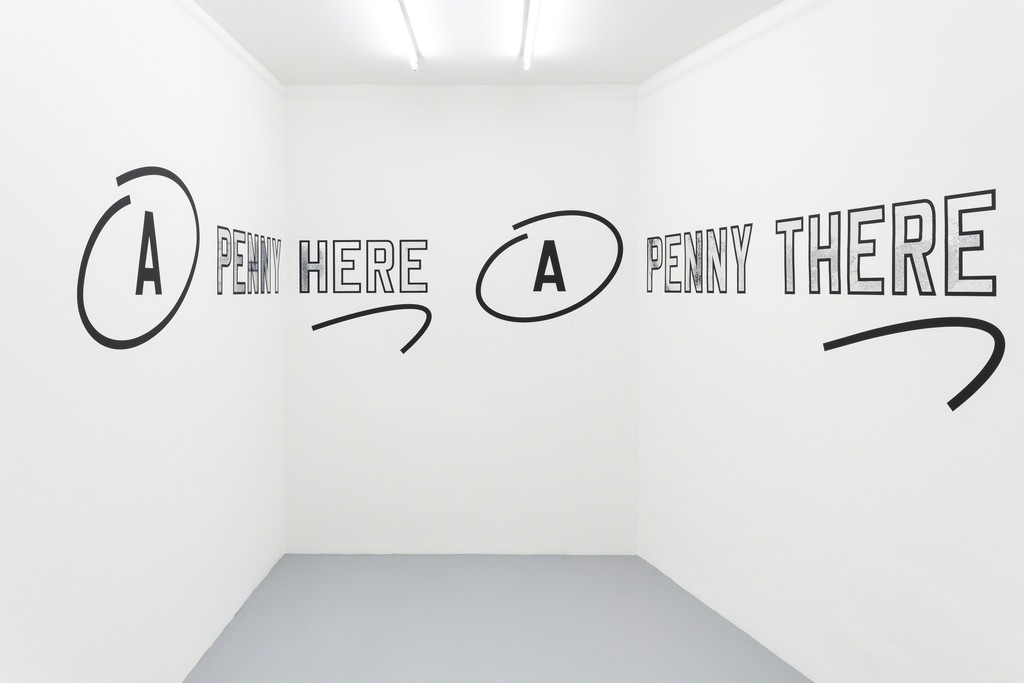 Lawrence Weiner WITHIN GRASP
Artist Reception: Sunday, 14 June 2015, 11 a.m.
Exhibition: 13 June - 31 July 2015
Opening Hours: Tue-Fri 11 a.m. to 6.30 p.m., Sat 11 a.m. to 4 p.m.
Lawrence Weiner is one of the most influential artists of our day. Among the accolades he has received in his life, Weiner
has been honored with the internationally recognized Roswitha Haftmann Prize for lifetime achievement here in Zurich
this May.
From his inclusion in european legendary exhibitions as op losse schroeven/Square Pegs in Round Holes in Amsterdam
and When Attitudes Become Form in Bern, in1969, to his ensuing statements, drawings, films and books that appear
wherever he exhibits, he has become a figurehead of the international art world. His public works are to be found in major
museums from Barcelona to Amsterdam, from Copenhagen to Cologne, from New York City to Zurich. He has participated
in several iterations of documenta in Kassel: his first in 1972 (documenta V) and most recently in 2012 (documenta
13). His work there, THE MIDDLE OF THE MIDDLE OF THE MIDDLE OF appeared in Carolyn Christov-Bakargiev’s
central „Brain“ and was sprayed on one of the sole surviving Hugenot buildings in the city’s center. He has participated in
several events at the Venice Biennale, most recently in 2013, for The Written Art Foundation of Frankfurt. There, he
used his work, THE GRACE OF A GESTURE also as the title of the show, emblazoned on many of the city’s vaporetti
with the work translated in opposing languages [and some opposing cultures] on the vaporetti’s starboard and leeboard
sides. He has created many works for public spaces, such as SMASHED TO PIECES (IN THE STILL OF THE NIGHT)
in Vienna and BALL BEARINGS OR ROUND STONES MADE TO ROLL OUTSIDE OF WHAT THERE IS in Zurich, to
mention a few.
In a signature work from 1968, A 36“ X 36“ REMOVAL TO THE LATHING OR SUPPORT WALL OF PLASTER OR
WALLBOARD FROM A WALL he ‚literally’ removed the wall material to the dimensions stated, to its ‚support.’ He created
a „presence of absence“ that he described as pure sculpture at the time. By ceding ‚space’ that is conventionally
occupied by the artist for the viewer, Lawrence Weiner empowers viewers to shift their focus to their own perceptions. As
he puts it, ART IS AND MUST BE AN EMPIRICAL REALITY CONCERNED WITH THE RELATIONSHIPS OF HUMAN BEINGS TO OBJECTS
AND OBJECTS TO OBJECTS IN RELATION TO HUMAN BEINGS.
In his artistic praxis, Lawrence Weiner has come to the conclusion that language and graphical signage can function as
the specifically material aspect of sculpture. He describes himself as a sculptor who produces sculptures. As a materialist,
he relies on the power of language as objectification. Frequently he presents his work in the manner of the relationships
that can be forged in words that are inscribed, cast, stuck, glued or painted on walls or floors or the ground - even
buildings.
It is in the context of their presentation that his works come into their own. They are notions and associations that take
shape in the mind, in the multiple references that any person viewing the work chooses it to be. The works are forged in
the relationship between the sense of place and the eye and mind of the beholder.
In 1968, Lawrence Weiner formulated an enduring Statement of Intent that accompanies his work: